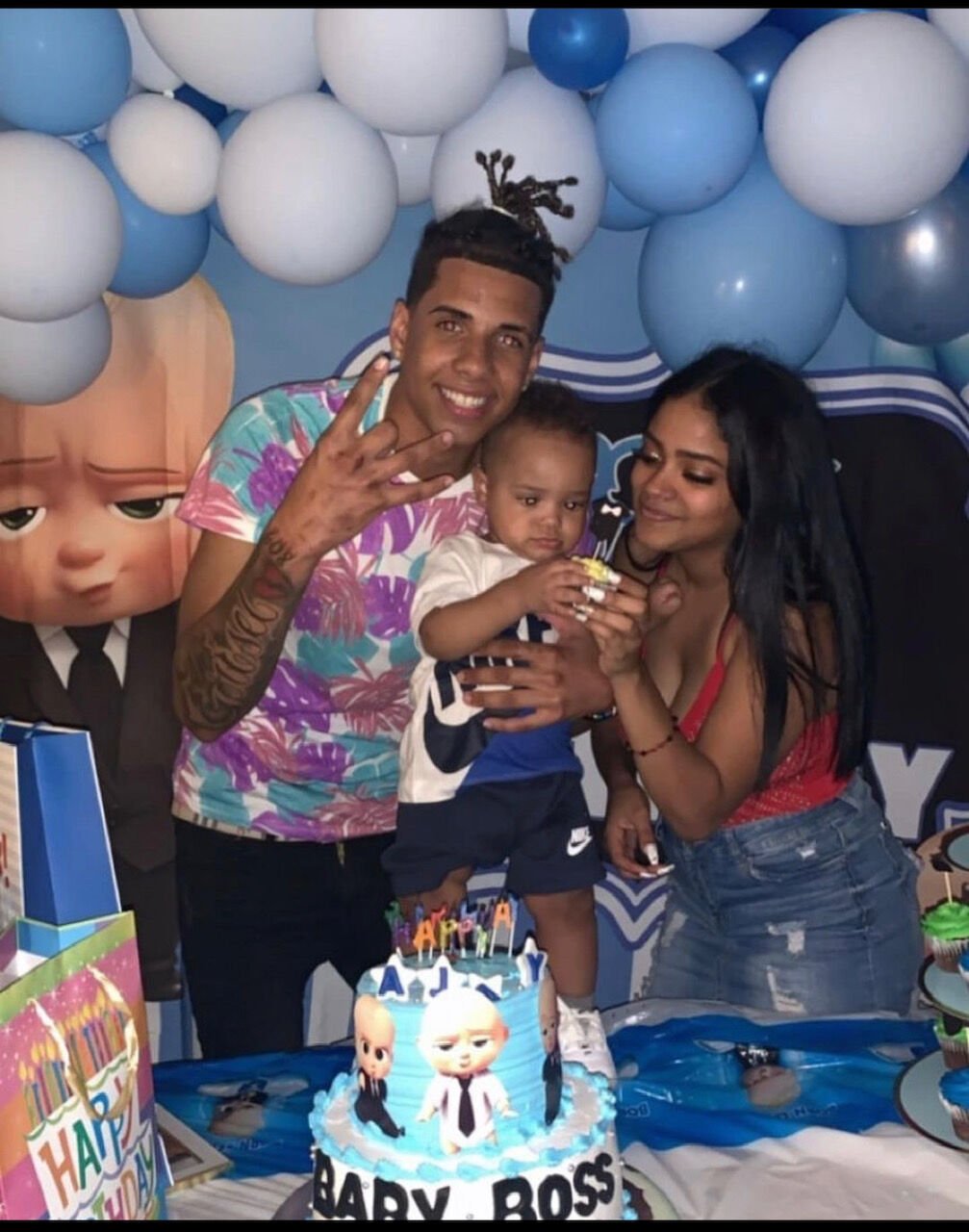 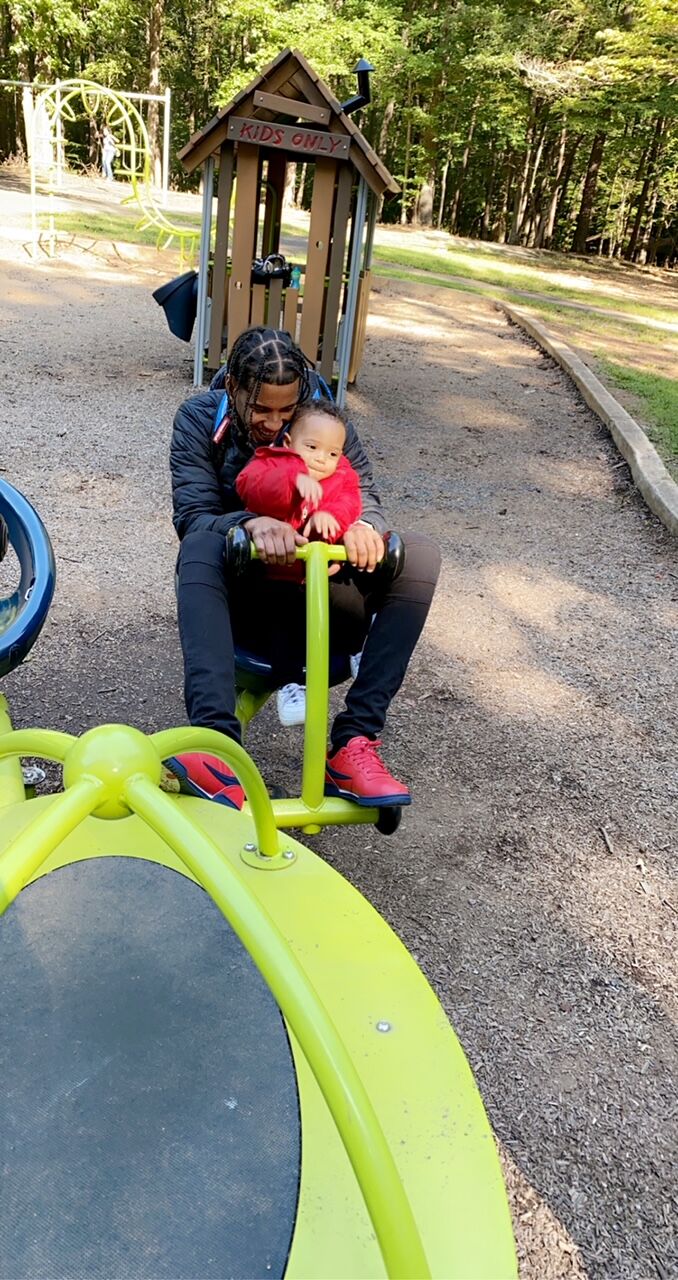 The family of a man who died at the Iredell County Detention Center is asking for answers, but so far are finding few.

The Iredell County Sheriff’s Office said that Acdoni Mejia-Lopez died in an observation cell at the detention center, but the timeline and details of his death have his family and friends asking the sheriff's office for more information.

"The story don't add up," Bergica Lopez said. Lopez was Mejia-Lopez's partner and mother of their 1-year-old child.

Sheriff Darren Campbell said that an "underlying condition" contributed to Mejia-Lopez's death. The family of Mejia-Lopez said it was a heart condition that was detected when he was taken to Iredell Health System’s hospital and then Wake Forest Baptist Medical Center before he was taken to the detention center.

"That doesn't explain all his cuts, a broken arm, or a black eye. That just explains his heart," Joselyn Rivera said. She is Mejia-Lopez's cousin.

The State Board of Investigation is handling the case, due to the conflict of interest for the sheriff’s office. The SBI would not comment on the ongoing investigation.

The sheriff said while in custody, Mejia-Lopez harmed himself. Campbell said corrections officers tried to help him but were injured in the process. Campbell said the officers didn't contribute to his death.

Campbell said that a medical examiner also indicated to him that the corrections officers didn't contribute to Mejia-Lopez's death and the video from the detention center that he's seen corroborates that.

Without seeing the video or a complete autopsy, Mejia-Lopez's family is skeptical.

"I don't believe it," Rivera said.

"He was healthy. He was only 20 years old. It doesn't make sense how he would die like that," Lopez said.

The sheriff's office hasn't released much information on what happened. Mejia-Lopez was charged Oct. 15 with malicious conduct by a prisoner, misdemeanor assault on a government official, two counts of misdemeanor injury to personal property and misdemeanor resist, delay or obstruct an officer.

Court records show Mejia-Lopez was arrested in October 2018 for assault. The case was dismissed by Mecklenburg County's district attorney’s office on April 16, 2019. No other arrests were found at the time of publication.

The family of Mejia-Lopez said that on Oct. 13, Mejia-Lopez left the house to go to his construction job in Mooresville but didn't come home that night. Around 10 p.m., Mejia-Lopez called Lopez to tell her that he was now at Wake Forest Baptist Hospital in Winston-Salem. He told Lopez he had been in a verbal altercation with his boss but said it wasn't physical. The owner of the house where the argument happened reportedly made the call to authorities, she said.

Lopez saw her partner at the hospital, and while there were some injuries, more were visible after his death, she said. It was there that the "underlying condition,” which the family said was a swollen heart, was identified. They said that was not known condition before the incident on Oct. 13.

Campbell said that it wasn't the office's policy to contact a partner like Lopez because she wasn't considered next-of-kin. Campbell said they made an effort to contact his family but had difficulty doing so. Lopez and Rivera said they had to call local hospitals to find where Mejia-Lopez's body was taken.

The family paid for a separate autopsy. Photos from Mejia-Lopez's private autopsy show several deep cuts on his head and body, as well as bruises in several places. However, when those injuries happened, and how they happened, is not clear. The family said the results of the private autopsy weren't conclusive due to some of the internal organs being in the state’s possession as part of the official autopsy.

What caused Mejia-Lopez's death is still officially unknown. On Oct. 16, the sheriff was adamant that video and autopsy results would show no wrongdoing by officers or the corrections staff.

As of Nov. 21, though, the autopsy isn't official, and the video hasn't been released to the public or viewed by Mejia-Lopez's family.

Mejia-Lopez's family just wants answers, they say. They said while they have doubts that Acdoni injured himself, seeing the video from the jail and the state's autopsy could go a long way toward changing what they now believe. Until then, they wonder exactly what happened and demand further explanation.

“He had a son. He wanted to come home,” Lopez said.

Lopez said she was told by a detective that Mejia-Lopez died at the hospital, but the official report is that he died in the jail's custody at 2:47 a.m. That could just be a detective misspeaking, but it planted a seed of doubt in the family's mind, especially when they haven't been able to see the video themselves.

Oct. 13: 3:12 p.m.: The Iredell Sheriff's Office is called to the 100 block of Dedham Loop in Mooresville. Acdoni-Mejia Lopez arrested, taken to local hospital, then transferred to Wake Forest Baptist in Winston-Salem due to an underlying condition, according to the sheriff's office.

Oct. 15: Mejia-Lopez is released from the hospital and taken to the Iredell County Detention Center.

Oct. 15: Bergica Lopez posted bond for Mejoa-Lopez and was told to return next day when release order is completed.

For one family in Cleveland County, Valentine's Day marks a painful anniversary — the day a 9-year-old girl vanished.