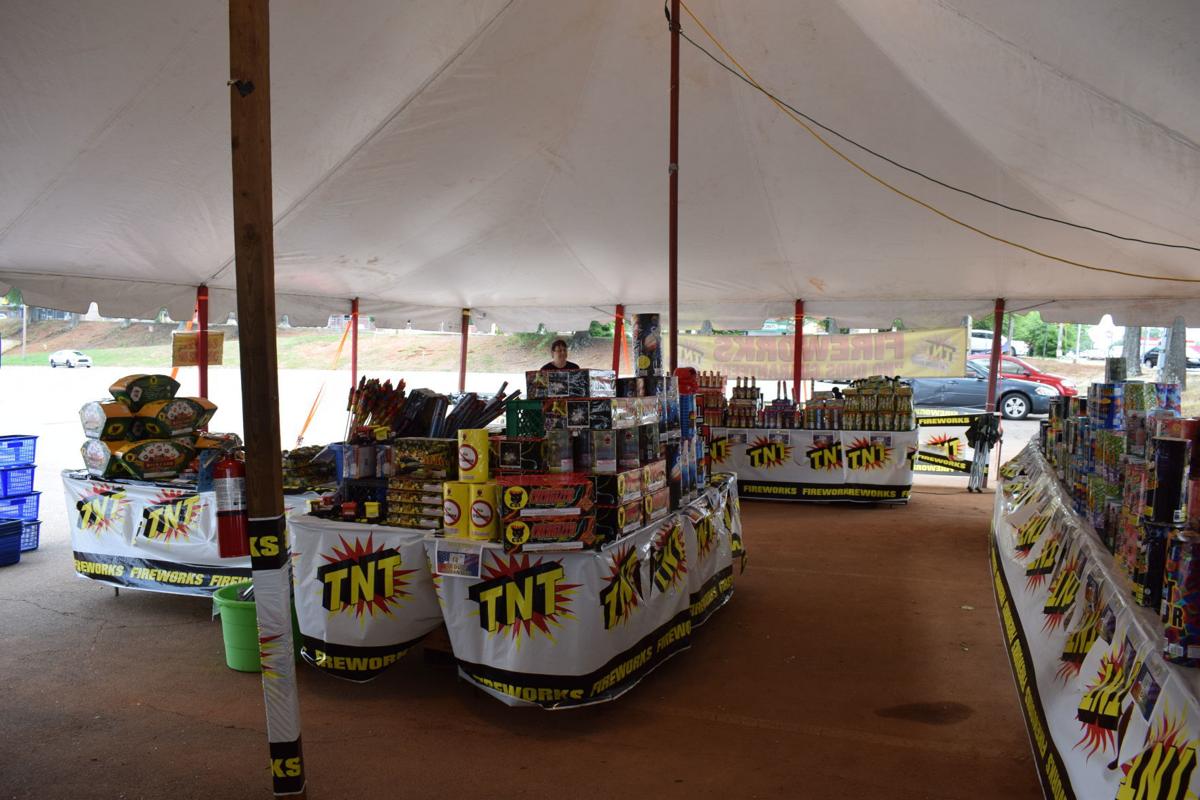 The fireworks stand in front of Signal Hill Mall restocked a day early this year as the cancellation of public firework displays increased the demand for fireworks. 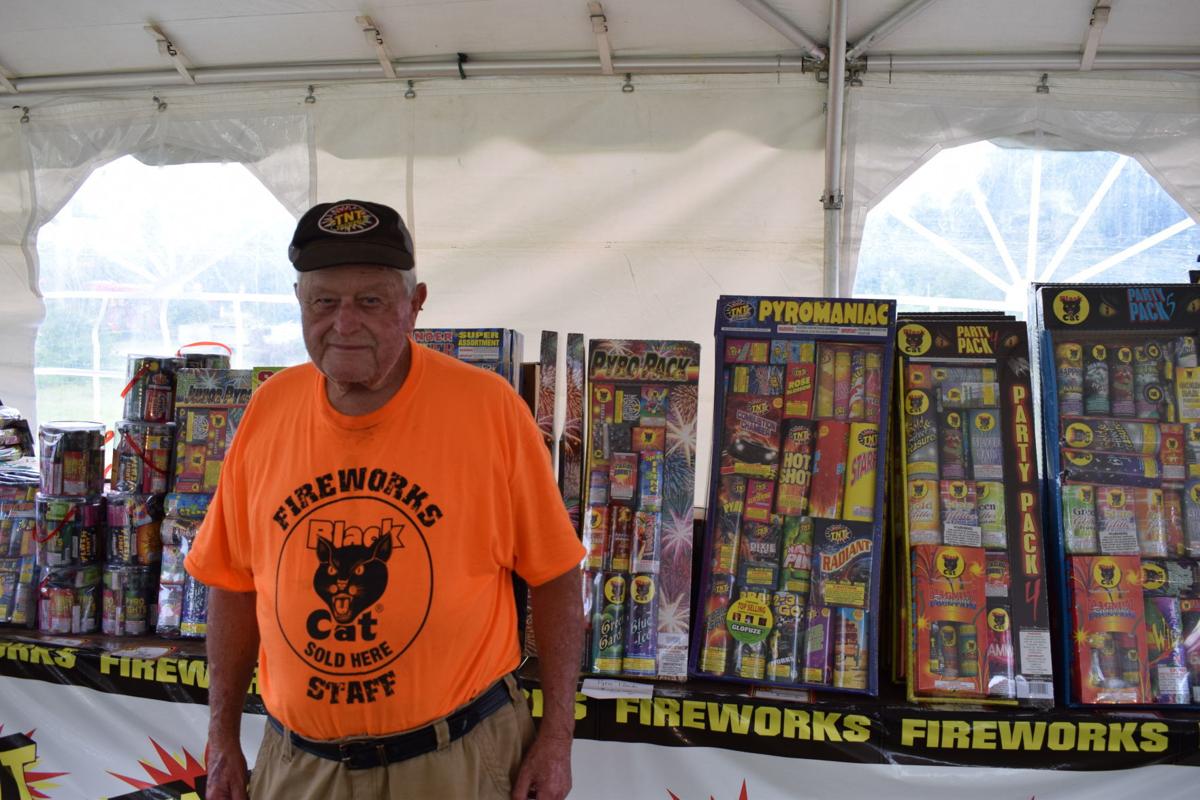 Homer Hobbs stands in front of fireworks he's selling near the intersection of Interstate 40 and Wilkesboro Highway.

Fire marshals in Iredell County and its municipalities have not approved any fireworks displays for the Fourth of July. However, fireworks vendors report higher individual sales this year.

Municipalities and organizations are canceling or postponing fireworks displays for the Fourth of July because of the coronavirus pandemic and concerns about not being able to maintain social distancing guidelines during the display.

In the week and a half before the Fourth of July, fireworks stands popped up near interstate exits around Statesville, and the pandemic has been treating them well because there are no public fireworks displays.

At the stand in front of Signal Hill Mall, Nicole McCoy had just finished breaking down boxes of fireworks that restocked the stand on Tuesday. She said it usually took another day to reach their sales at that time.

“People are home with their families and are looking for things to do,” McCoy said.

Usually, they can go to official fireworks displays. McCoy said the cost of fireworks was not enough to dissuade people from buying a few devices to celebrate the Fourth.

Homer Hobbs was manning the stand

near the intersection of Interstate 40 and Wilkesboro Highway. He said the stand opened June 25 and no public fireworks have helped sales this year.

Hobbs said fireworks are part of a tradition starting with the Star Spangled Banner, quoting the verse “...and the rockets’ red glare, the bombs bursting in air...”

Originally, the country celebrated the Fourth of July by firing cannons. Hobbs said the tradition morphed into fireworks over time.

“Any other year, we would stress to leave the fireworks to the professionals,” Mooresville Fire Marshal Geoff Woolard.

However, he said he understands this year is unusual.

Still, Woolard said preferably, people will choose other ways to celebrate. Those who chose to use fireworks should keep state law and fire safety tips in mind.

First off, any firework that explodes or is projected into the air is illegal in North Carolina. Woolard said even sparklers are dangerous. On the Fourth of July, sparklers cause the most emergency room visits for children. Sparklers burn at 1,200 degrees Fahrenheit.

He suggested glow sticks or colored streamers instead of sparklers for children.

Anyone using fireworks should have water nearby because fire is an inherent part of the explosives. Woolard said people should throw water on fireworks, not pick them up and submerge them. This is because fireworks can be unpredictable and can go off earlier or later than expected.

Fireworks that don’t go off when they should, need to be given space and left alone. Woolard said often when a firework has a delay, there is something wrong with the inside of the explosive, but it could still explode.

He said no one impaired should use fireworks, and anyone who does use fireworks should wear protective eyewear.

Hodges added fireworks should never be lit indoors, pointed or thrown at a person. No one should hold a lit firework or ignite fireworks in a container.

He suggested soaking spent and unused fireworks in water for a few hours before discarding them and only lighting one device at a time, keeping a safe distance.

However, Hodges said people really should not be using fireworks at all.

“Any holiday is about spending time with friends, family. It’s about fellowship and food,” Woolard said. “There are other ways of celebrating patriotism and the birthday of the nation than fireworks.”

Phyllis Somerville, actor of stage and screen, dies at 76

Phyllis Somerville, actor of stage and screen, dies at 76

The fireworks stand in front of Signal Hill Mall restocked a day early this year as the cancellation of public firework displays increased the demand for fireworks.

Homer Hobbs stands in front of fireworks he's selling near the intersection of Interstate 40 and Wilkesboro Highway.