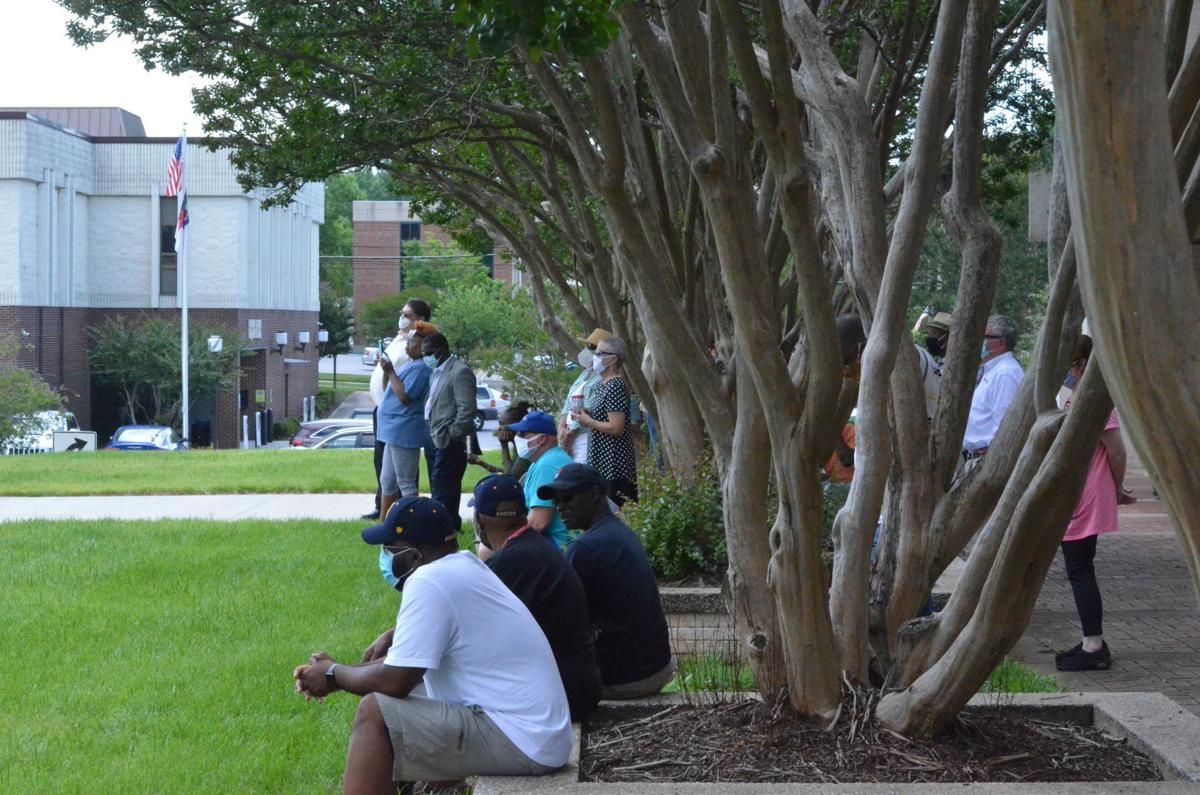 People gathered by the Iredell County Detention Center to hear a NAACP press conference about defendants spending more than 300 days in jail without trial on Thursday. 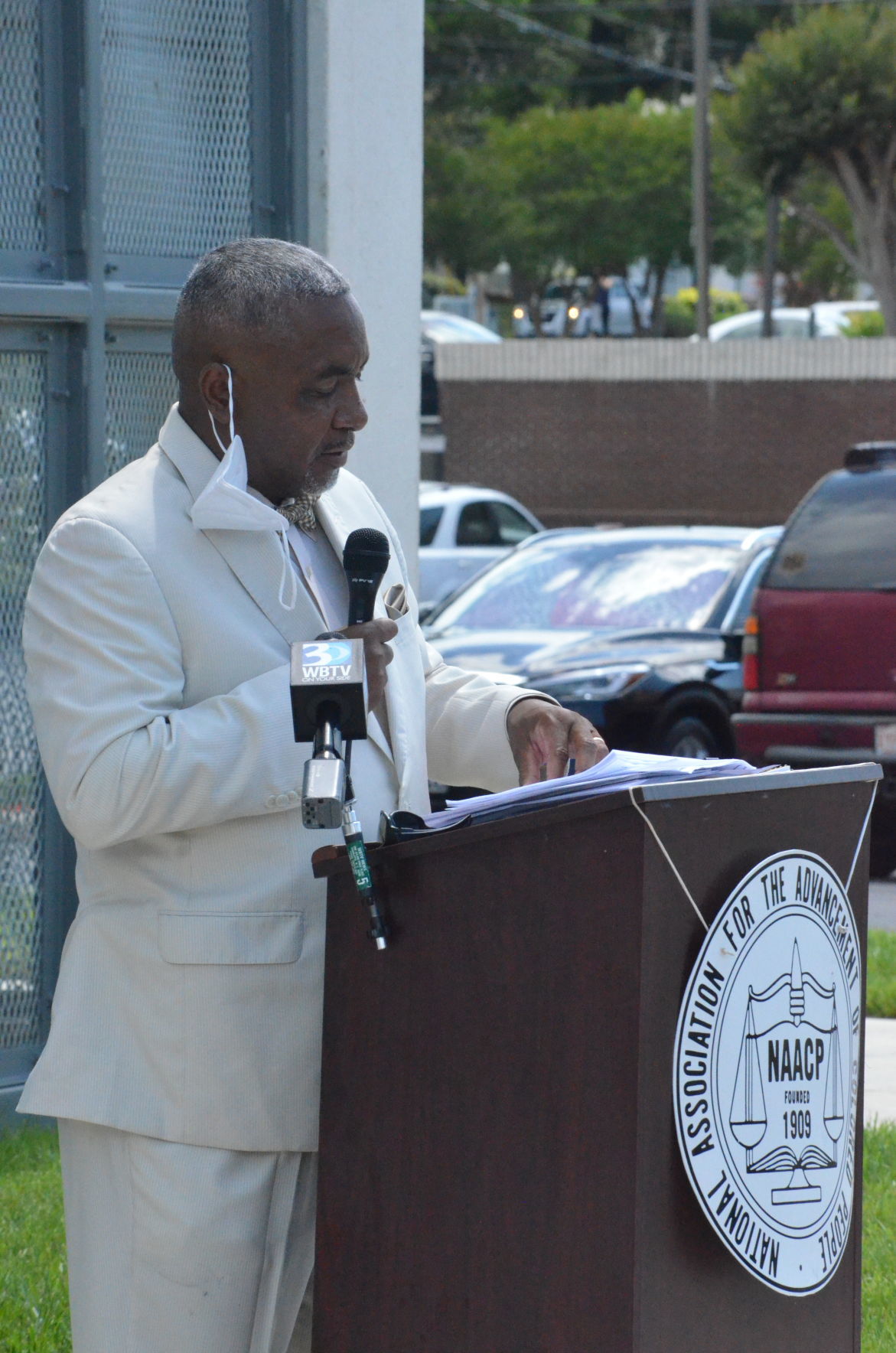 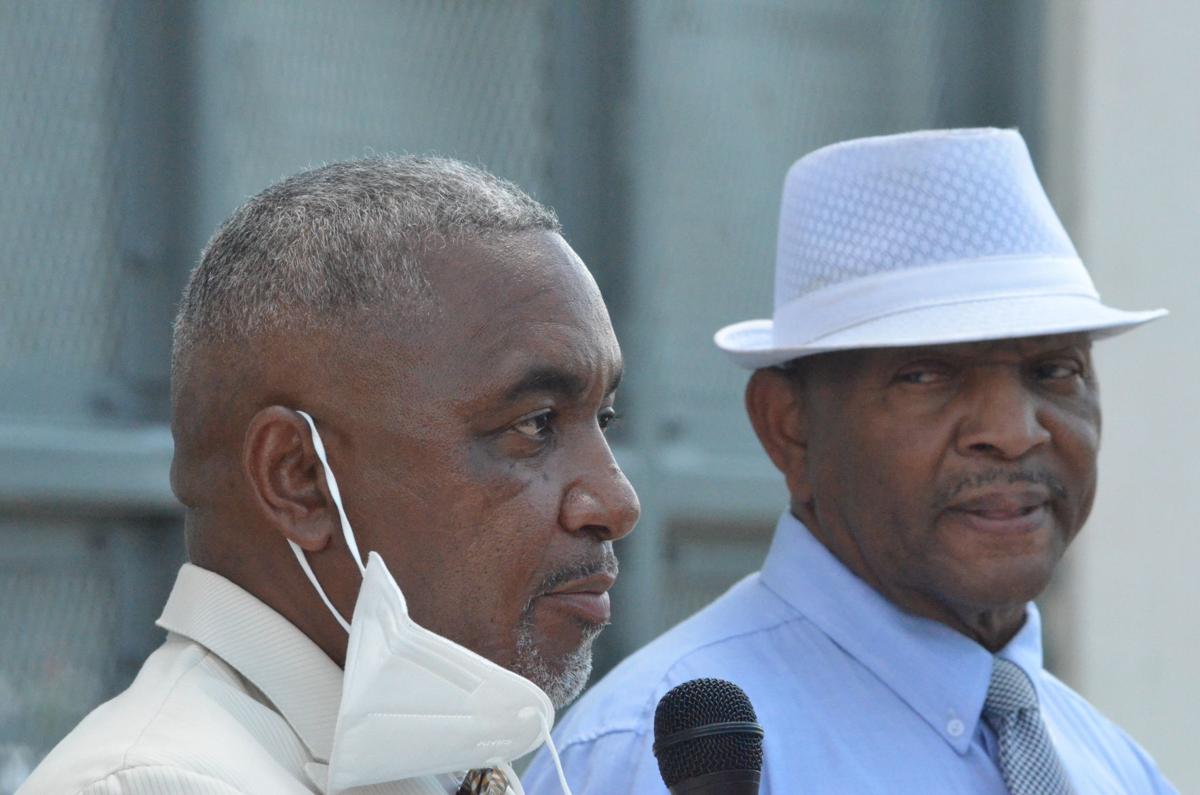 The local branch and district of the NAACP held a press conference Wednesday demanding explanations for inmates who spend long periods of time in Iredell County Detention Center without going to court.

The group held the conference in front of the new detention center, which increased the center’s capacity by about 300 beds. The facility can now hold 500 inmates.

McClorey recognized many of the inmates who have been without trial are on trial for violent crime.

“I don’t think they ought to get out,” McClorey said. “I want them to have a court date.”

He added that no one knows if those inmates are guilty, and inmates in jail for nonviolent crimes who can’t afford bail should have their bonds reduced.

McClorey said he wants to talk to Kirkman to figure out why her office can’t give defendants a reasonable trial date. If there is a problem like too few staff or not enough time, the NAACP wants to help her find a solution, whether that be adding another judge or assistant district attorney or instituting a sixth court day on Saturdays.

Statesville NAACP branch will be observing trials in the future to see how many there are, and how many defendants held in jail for long periods of time before their trial are found not guilty. McClorey said he knows the district attorney cannot discuss individual cases, and that is not his focus. His focus is getting explanations for the delay and figuring out solutions.

“Are you playing judge, jury and executioner for someone who may not be guilty?” McClorey asked Kirkman, who did not attend.

McClorey said there were counties who had similar delays across the state, but that did not make long delays in trials acceptable. He will send another letter requesting a meeting with Kirkman soon and is willing to meet with her this week.

Ultimately, McClorey said, the best way to fix the problem is to vote. District attorney is an elected position, though no one is running against Kirkman in this year’s election. District attorneys have four-year terms.

Todd Scott, Statesville’s NAACP branch president, said there were 36 people in the detention center who have been there more than 300 days without trial. One person has been in jail without trial for more than 1,500 days.

Scott said this problem started before the coronavirus pandemic which stopped all jury trials.

He said he understood trials take time to prepare, but a year to prepare is unacceptable if an untried defendant is incarcerated for that period of time.

Scott has received letters from inmates and family members asking for help. He said facing a long period of time in jail without a trial, some inmates are willing to make plea deals for charges they are not guilty of.

Additionally, he noted there is only one minority assistant district attorney, referring to Mikko Red Arrow, who is Native American, and no Black ADAs.

“If you don’t want to meet with us, we’ll bring it to you,” Scott said.

He then started a chant the small crowd joined with for a few seconds. “No justice, no peace,” Scott and the others gathered said together.

In an email, Kirkman said Scott asked her to meet during the coronavirus pandemic when she was working from home. They discussed meeting in person when state restrictions ended. They did speak over the phone, and she emailed him specific information about those cases.

“It is hard to speak in general terms about cases when our very obligation is to look at the specific facts and circumstances of each case, but since the press release speaks in general terms, I will too,” Kirkman said.

Most defendants kept in custody the longest are facing murder and sexual assault charges. Kirkman said those charges usually have the long sentences, so these defendants often go to trial.

Because of the coronavirus pandemic, there have been no jury trials in Iredell since March, and they will not resume until August. Kirkman said when court ran normally, the DA’s office had one term of court per month for guilty pleas, any hearings and jury trials.

In the last two years, Kirkman’s office has started using Civil Superior Court sessions for criminal trials as in addition to criminal sessions. She said she has also requested special sessions for sexual assault and murder trials. Last year, there were two special sessions, and two were scheduled this year. One has been cancelled because of the pandemic.

Regarding bonds, Kirkman said she can’t do much.

Magistrates and judges can set or modify bonds. Kirkman said every defendant has the right to an attorney, personally retained or court appointed. Those defense attorneys make motions regarding bond, probable cause and speedy trial.

Prosecutors cannot communicate with defendants represented by attorneys. Kirkman said she has no control over defense attorneys and their practices regarding defendants.

Regarding her hiring practices, Kirkman said applicants must be qualified for the job. An ADA must have a license to practice law in North Carolina and have a good standing with the state bar. Otherwise, the office has a fairly standard hiring procedure. She considers education, experience and recommendations and interviews the applicant.

“I think I can speak for every member of my staff when I say that we try day in and day out to do justice in our community, and that means standing up for victims, as well as ensuring that defendants are treated fairly,” Kirkman said.

People gathered by the Iredell County Detention Center to hear a NAACP press conference about defendants spending more than 300 days in jail without trial on Thursday.