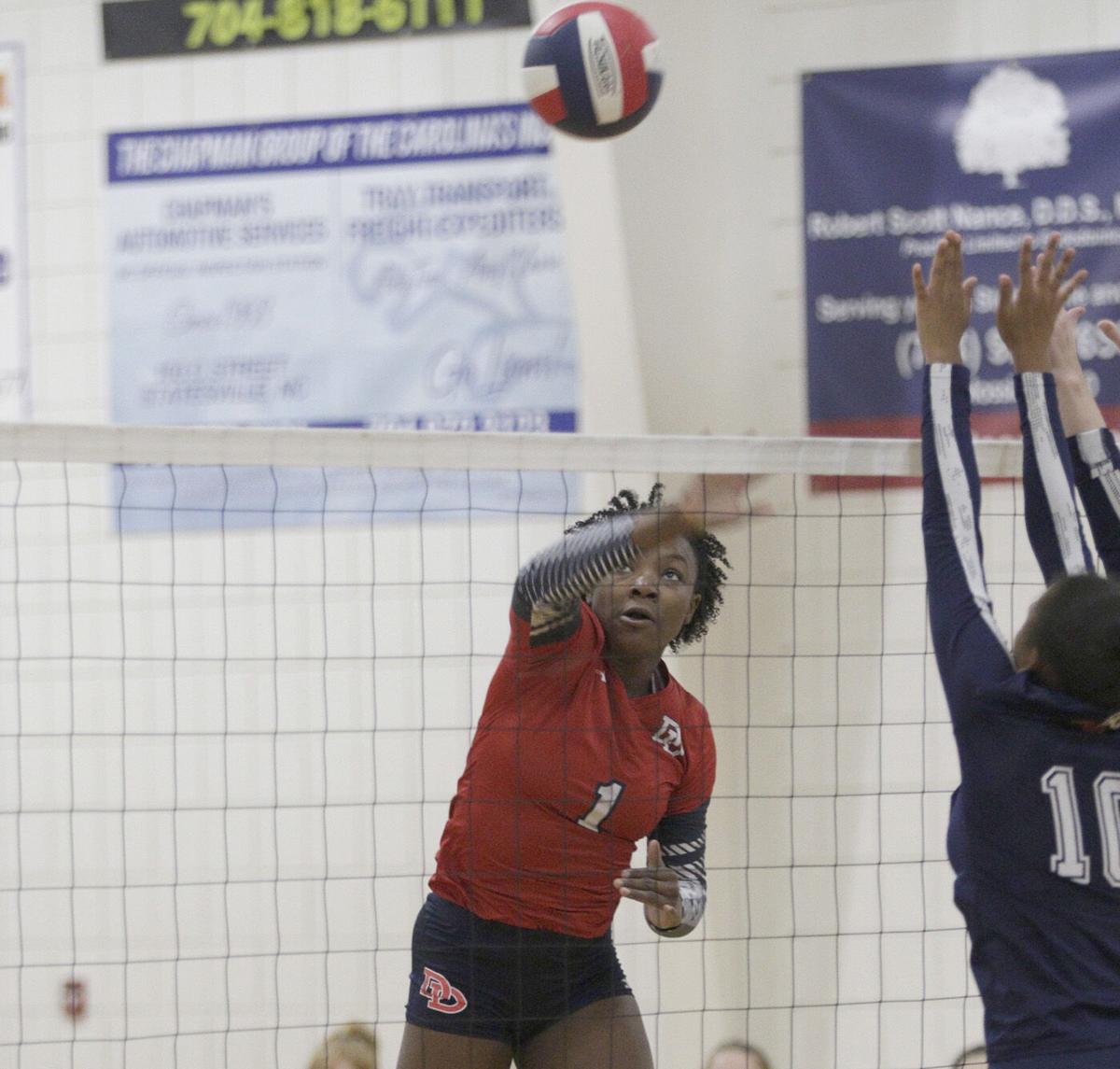 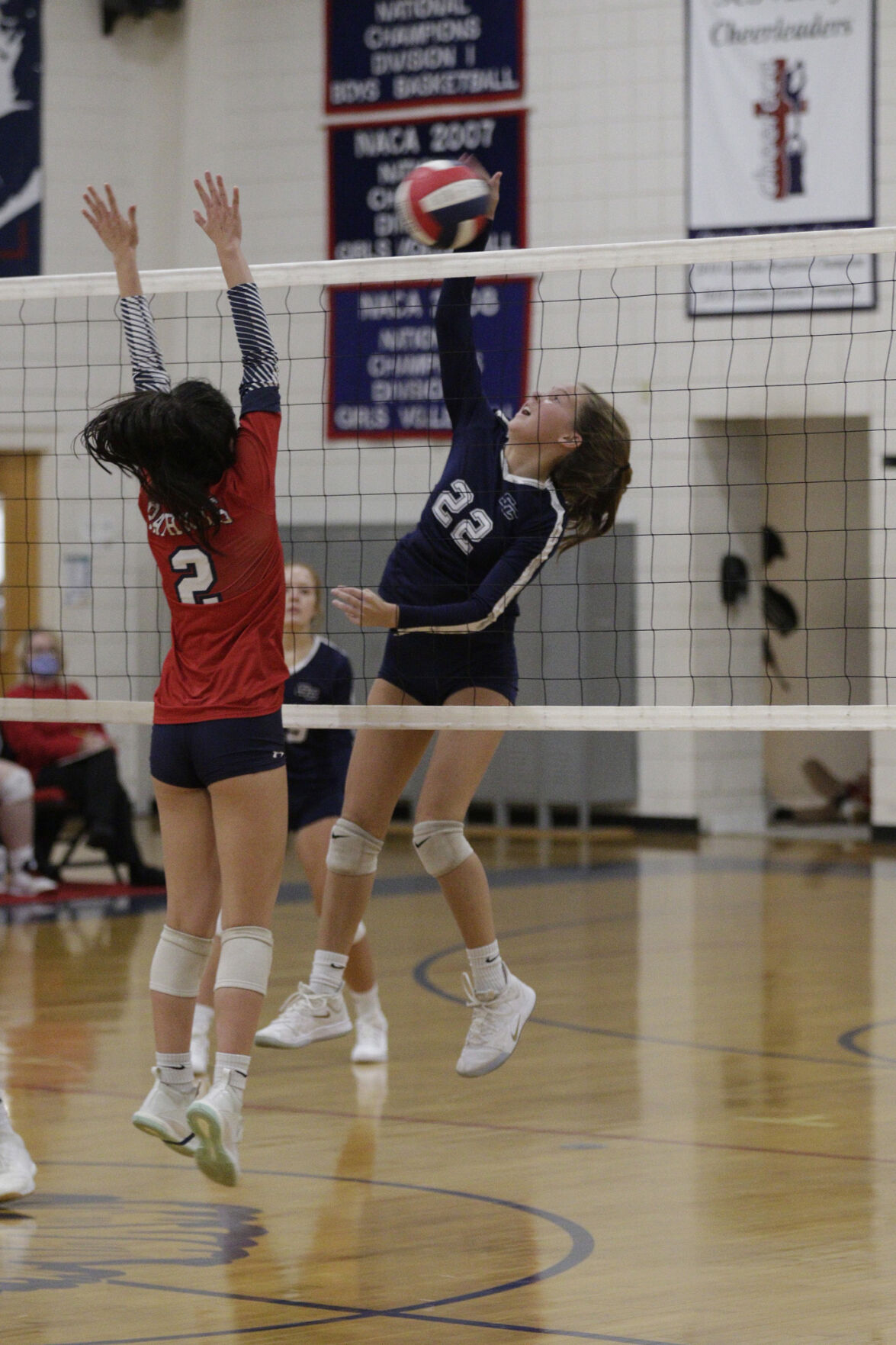 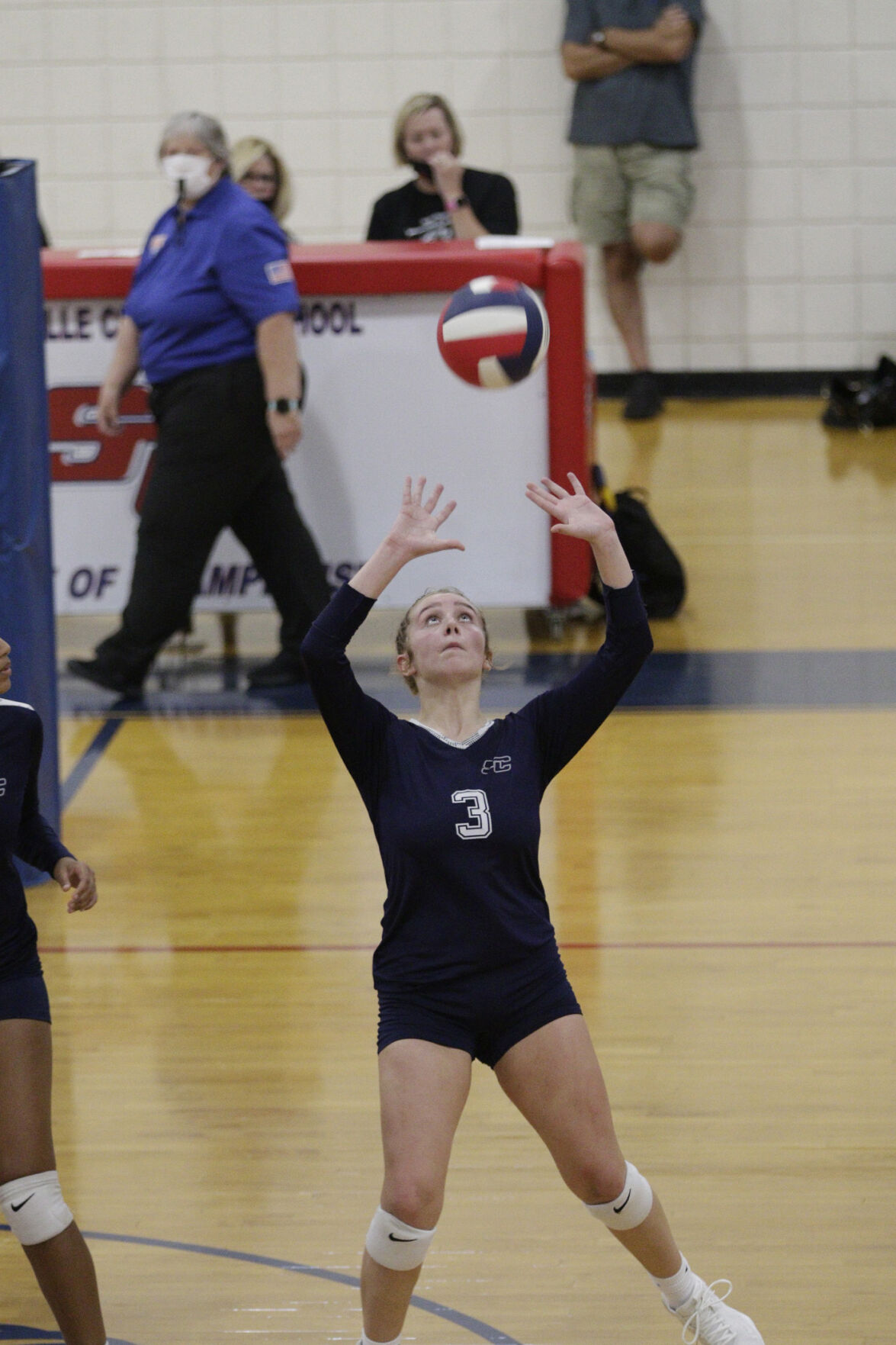 Gerren Tomlin was back in Iredell County playing volleyball on Tuesday. She hasn’t lost her touch since transferring from West Iredell High.

The junior outside hitter led Davidson Day to a three-set victory (25-16, 25-14, 25-15) over Statesville Christian. Her double-double performance included a match-high 17 kills.

“I really like it a lot,” Tomlin said. “I think it was a good decision. As soon as I got (to Davidson Day) my teammates welcomed me in. We just clicked like that.”

The Patriots improved to 3-1 on the heels of an 18-1 season that included capturing the N.C. Independent Schools Athletic Association 2A state championship. Tomlin was named All-State after the title run.

“We feel we can win states again,” said Tomlin who, as a freshman, helped West Iredell reach the N.C. High School Athletic Association 2A West region final. “We’ve just got to keep working hard in practice and giving it our all on the court.”

They’re pushing to repeat, and Statesville Christian coach Abby Dunlap, who directed the Lions to the 2017 NCISAA 1A state title, wouldn’t put it past the Patriots to accomplish the feat.

“They’re a good team, and we knew that coming into this,” said Dunlap, whose team lost a pair of three-set matches in the teams’ meetings a year ago.

“It seemed like the first 15 points or so and we were back and forth with them. The girls came out and were not playing scared of them, and I was really glad to see that.”

TALE OF THE TAPE

Tomlin’s fifth and sixth kills on back-to-back points propelled the Patriots to a 21-14 advantage, and they had no trouble from there closing out the first set.

Aided by four aces, Davidson Day rattled off 13 straight points to break an 8-all tie and seize control of the second set with a 21-8 lead.

Behind the play of Brenna Rae Bentley, the Lions immediately trimmed the deficit to 21-14. Bentley served three aces and recorded a kill during the Statesville Christian spurt.

“She’s just an all-around athlete,” Dunlap said. “She flat out hustles every game.”

The Patriots raced to a 6-0 lead in the third set and never looked back. The Lions were able to get within three points before things got away from them again.

Triniti Austin dished out 13 assists and recorded eight digs for Statesville Christian (1-5, 1-3), which suffered its fifth consecutive loss since opening the season with a four-set victory over Hickory Christian.

Sheridan Elliott had seven kills and an ace for the Patriots.

Statesville Christian is back in action Oct. 6 when it visits Hickory Christian.

Where softball standout Ellie Goins will continue her career after graduating from Mooresville High is no longer a mystery.

Appalachian State will be able to host 2,100 spectators for its next scheduled home football game at Kidd Brewer Stadium in Boone.

Appalachian State will get its 2020 football season restarted Thursday.

Dave Clawson talks about the win over Virginia on Saturday night