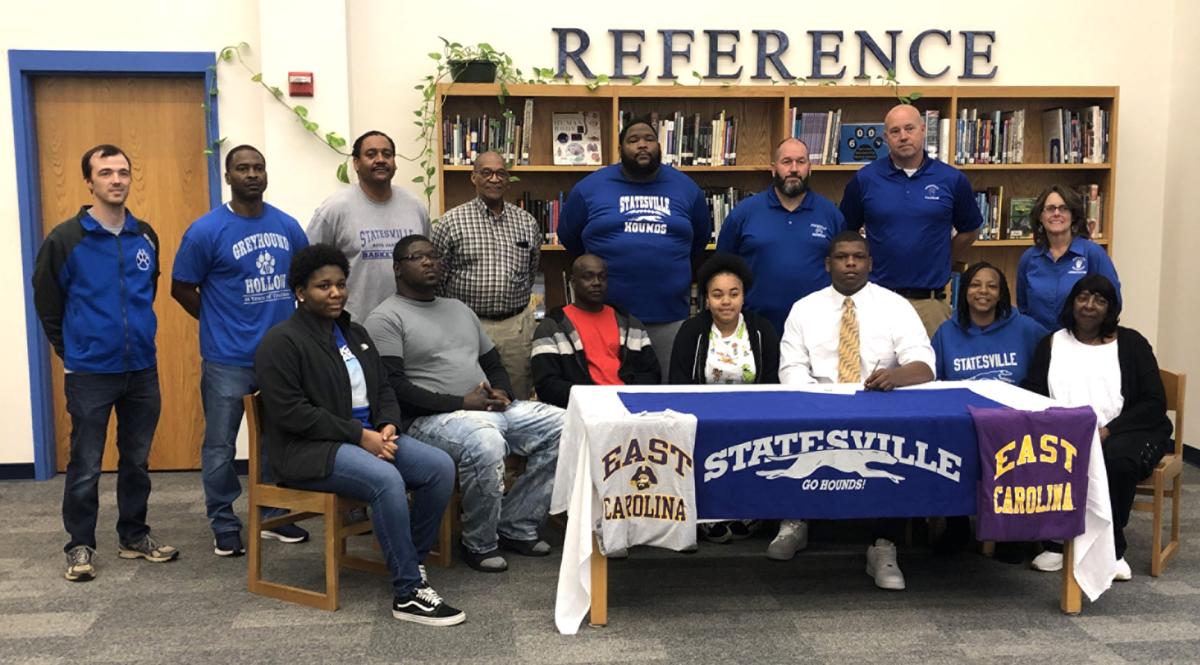 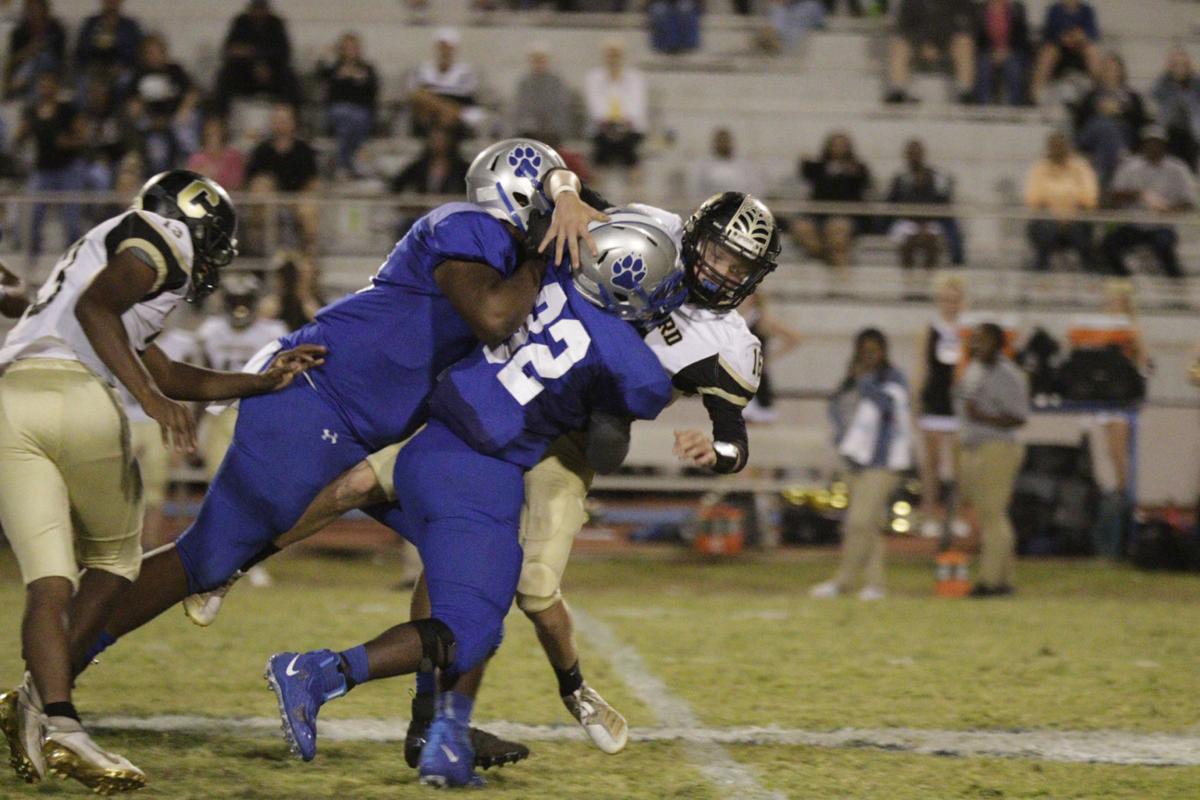 Statesville's Jason Shuford and Daquann Shepard (32) hit Concord quarterback Zack Jenkins as they force him into a quick throw during the team's game last fall.

From the time he began playing football, blue was the dominant uniform color for Jason Shuford.

Purple and gold will be a change of pace.

That time is coming soon.

“East Carolina is getting a heck of a defensive lineman,” Statesville coach Randall Gusler said. “He’s a kid that’s 6-4, 295 pounds with long arms and who passes the look test. I think he’s going to flourish.”

But when the NCAA tweaked eligibility requirements amid the COVID-19 pandemic it opened up another door, Gusler said.

The NCAA relaxed guidelines for high school students intending to play NCAA Division I or II sports whose final semesters of their senior year were disrupted by COVID-19.

Membership committees in both Divisions I and II reviewed initial-eligibility data and determined the NCAA would offer flexibility for incoming student-athletes based on research, fairness, equity and a standard of college readiness.

Students expected to graduate from high school in time to enroll in a Division I school for the 2020-21 academic year are academically eligible by earning at least a 2.3 grade-point average in 10 NCAA-approved core courses, with a combined seven courses in English, math and science, by the start of their seventh semester in high school (prior to senior year). These criteria do not require a standardized test score and will not apply to students who are expected to graduate after spring or summer 2020.

Once the changes were made it brought the bigger schools who recruited Shuford back into the fold. Soon thereafter Gusler got a call from a member of the Pirates coaching staff letting him know ECU still wanted Shuford.

Shuford shined for Statesville in his final year, recording 19 tackles for loss and eight sacks as the Greyhounds claimed the North Piedmont Conference championship during a perfect 11-0 regular season. They finished 12-1. Of his 95 total tackles, 71 were solo take downs.

Shuford said the Pirates recruited him with the intent of having him help them on the interior defensive line.

“I’m happy with my situation,” Shuford said, “and I’m ready to get down there and show what I can do.”

The N.C. Independent Schools Athletic Association is moving ahead with plans to play sports this fall, including football, after a Zoom confer…

Statesville's Jason Shuford and Daquann Shepard (32) hit Concord quarterback Zack Jenkins as they force him into a quick throw during the team's game last fall.