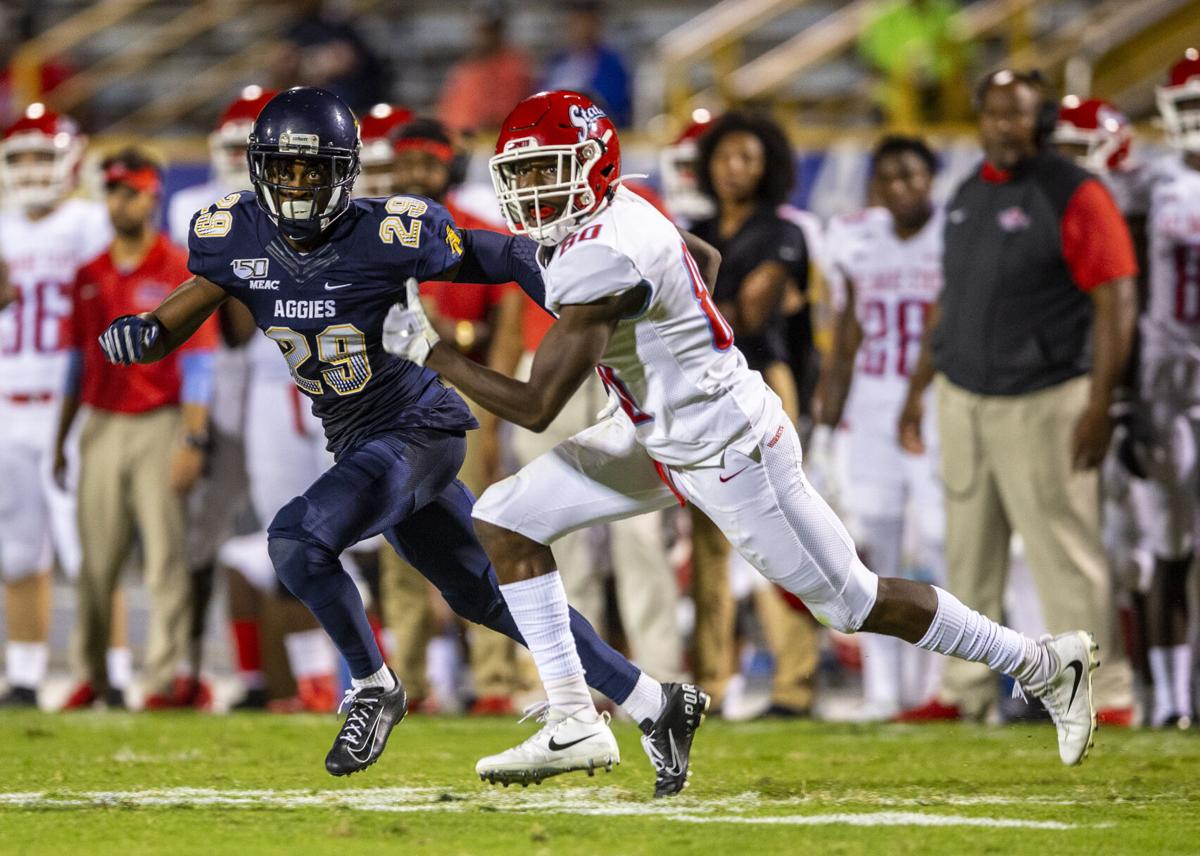 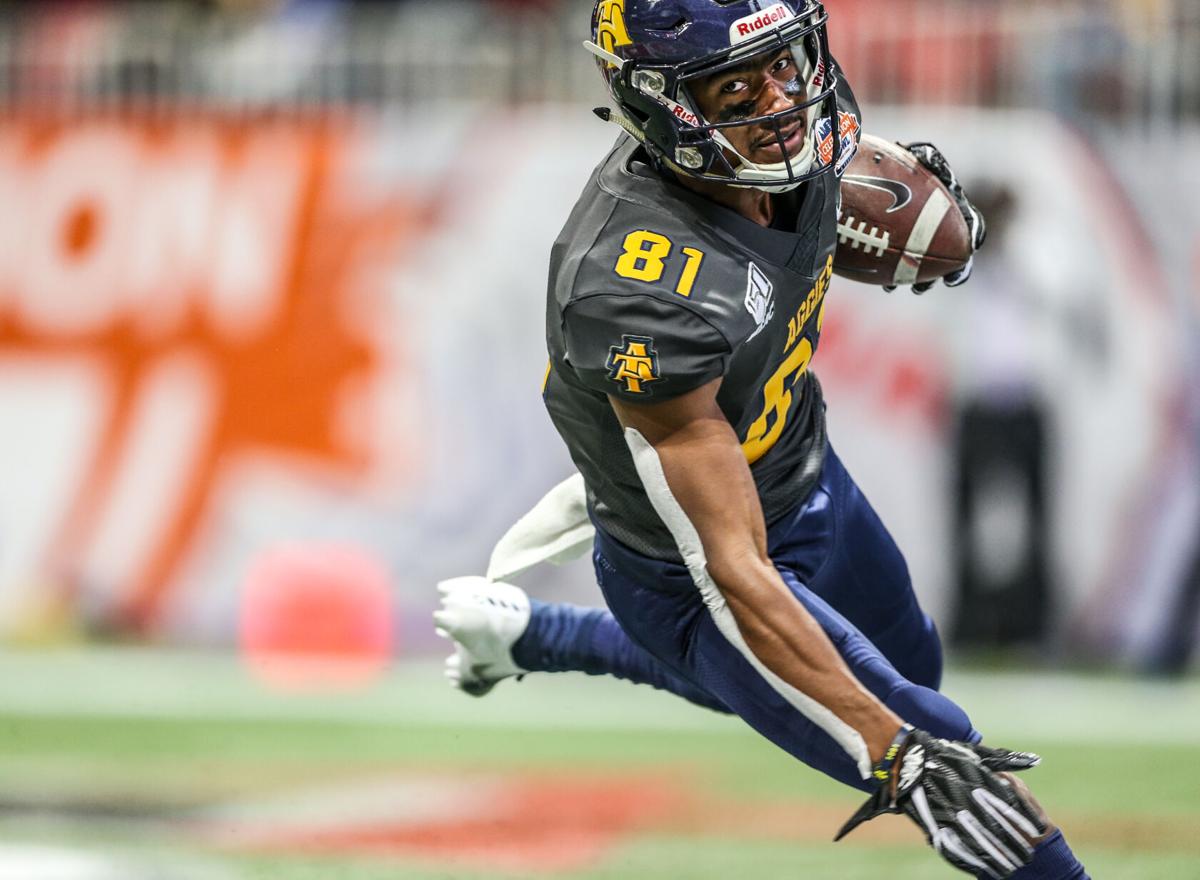 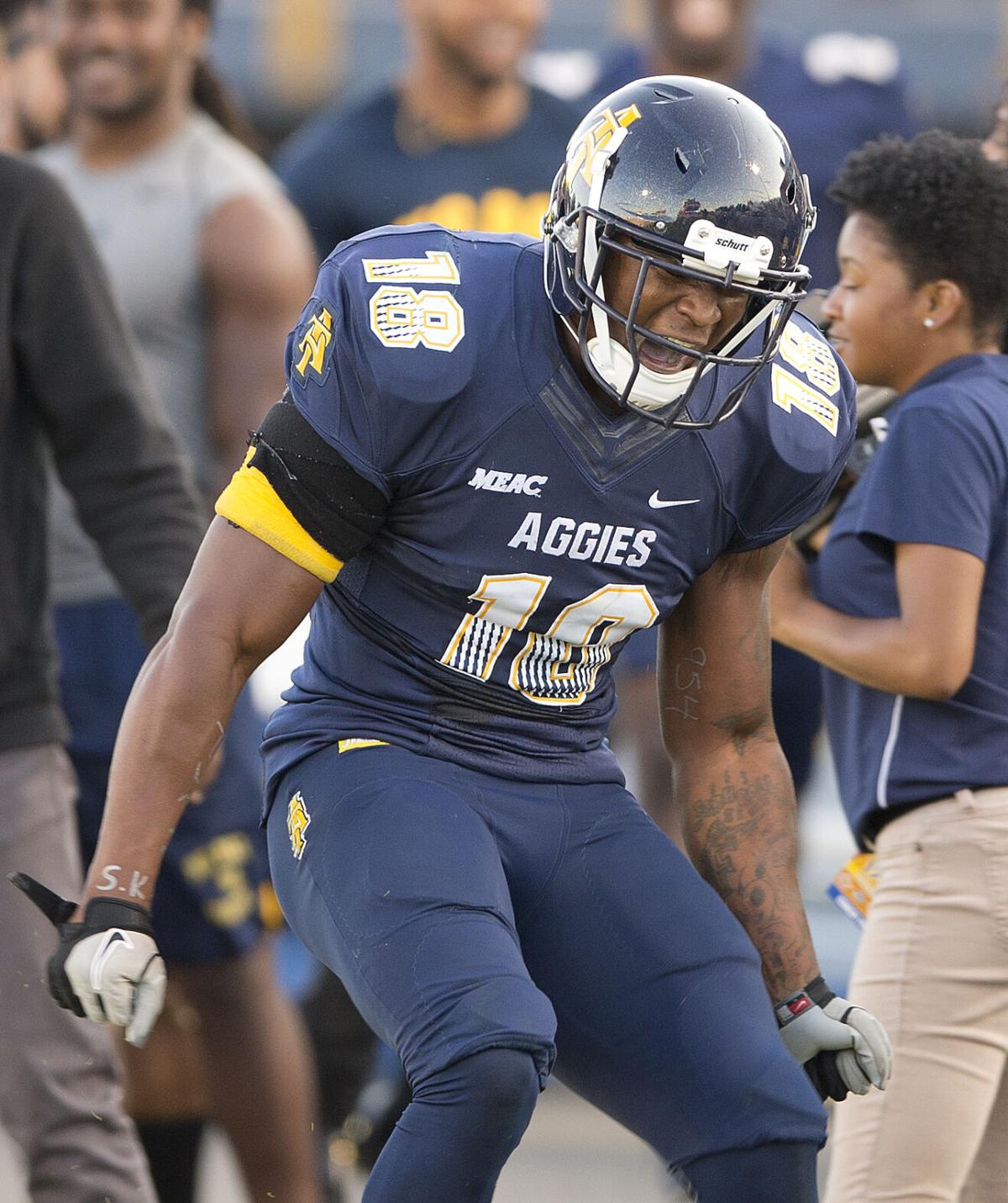 GREENSBORO — The news hit Thursday like an unblocked blitzing linebacker.

No MEAC football season in the autumn, all of the league’s fall sports suspended because of the escalating coronavirus pandemic figures.

They all heard the sobering words from athletics director Earl Hilton, his voice choked with emotion during a Zoom conference call hours after the announcement. The video clip has made the rounds on social media.

“These are not opportunities that will come again for many of these student-athletes,” Hilton said. “I’ll be there and you’ll be there next football season. But my seniors might not be. These (college careers) are time-limited. They expire.”

Fifteen of A&T’s seniors are redshirt or fifth-year guys with just one year of eligibility remaining.

For them, a fall without football could be the end of their playing days.

“Right now, I’ve got mixed feelings. But I have faith, and I believe God has a master plan. I have to walk by faith and not by sight.”

McCain, a two-time All-America cornerback with elite speed, came back from a knee injury and started nine games last year. The defensive MVP of the 2017 Celebration Bowl, McCain is among a handful of A&T seniors considered pro prospects.

“This senior class is special. Real special. We have a lot of great athletes who could possibly play at the next level,” McCain said. “So this year means a lot to them. A lot of guys need this year so they can show (pro scouts) something. …

“There’s always something for me to prove. I wanted this year to solidify everything. I didn’t want to leave any questions (about my knee) on the table. This senior year, I wanted to remove any and all doubts and have a great year.”

Richie Kittles, the defensive MVP of the 2018 Celebration Bowl, missed all of last season recovering from his own knee injury. With his medical redshirt year spent, the fifth-year player safety faces a tough choice.

“I felt like (the MEAC) made the decision without a plan,” Kittles said. “For people like me, who sat out last year, sitting out again is just not something I’m ready to look at. My options right now are limited. If other FCS teams play their seasons, my best option could be to transfer.

“I don’t want to leave. But I’ve got two choices: Do I want to play? Or am I ready for no more football? Because I seriously doubt if I can get another year (of eligibility). The NCAA just gave me another year last year, and I doubt if they’ll give me another.”

Kittles has already transferred once, coming to A&T from Florida Atlantic. He arrived in time for a 12-0 season in 2017, and the Aggies went 22-2 and won two Celebration Bowls with him in uniform.

“At FAU, we had some great athletes but we never won,” Kittles said. “I didn’t know that feeling of playing for a winner until my first game at Gardner-Webb (in 2017). We were up like 45-3 in the fourth quarter, and I’m looking at the scoreboard, talking to my teammates, ‘This is shocking. I never had a game like this where we could just be on cruise control.’”

Kittles, who is a semester away from graduating, wonders what might have been for this season’s Aggies.

“This team was going to be loaded,” he said. “It reminded me of the 2017 team that went undefeated. We had great depth, not much difference between the ones and twos on the chart. We were going to have a great chance of going back to the Celebration Bowl and maybe a shot at going undefeated again. We were that good.”

Ron Hunt, a fifth-year wide receiver who starred at Southern Guilford, believes the next version of the Aggies will be good, too. And he wants to be part of it.

“I’m not transferring. I plan to come back to A&T,” Hunt said. “I haven’t had my best season yet. I just came back from an injury, and I plan to take advantage of all opportunities given to me. I have one more year of eligibility, because I never used my medical redshirt.”

Hunt missed much of last season with a hamstring injury, but he caught a touchdown pass in A&T’s fourth Celebration Bowl victory.

Hunt graduated in December, and he’s working on another degree at A&T.

“It’s a family, and it’s always been that way,” Hunt said. “I got hurt my junior year of high school — torn meniscus — and a lot of colleges fell off. But A&T stayed loyal to me throughout the whole process. It’s a story I tell all the time. … A lot of schools give up on kids, but A&T stays true to its word. I can trust them beyond football.”

And he trusts that this lost season will have meaning.

“We’ve tried to stay focused, because there’s still a task ahead of us,” Hunt said. “Eventually, there’s going to be another football season. It’s going to come back. But right now, we know what’s going on in the world, and there’s not much we can do about it. It’s out of our hands. But for the safety of others, this is a measure we have to take. We just have to deal with it and pray God will watch over us.”

A judge in New York City placed Jamill Jones, a former assistant basketball coach at Wake Forest University, on three years of probation for his role in the death of a New York tourist in August 2018.

ROANOKE, Va. — The Old Dominion Athletic Conference, whose members include Guilford College, is postponing its fall sports seasons until the spring because of the coronavirus pandemic. 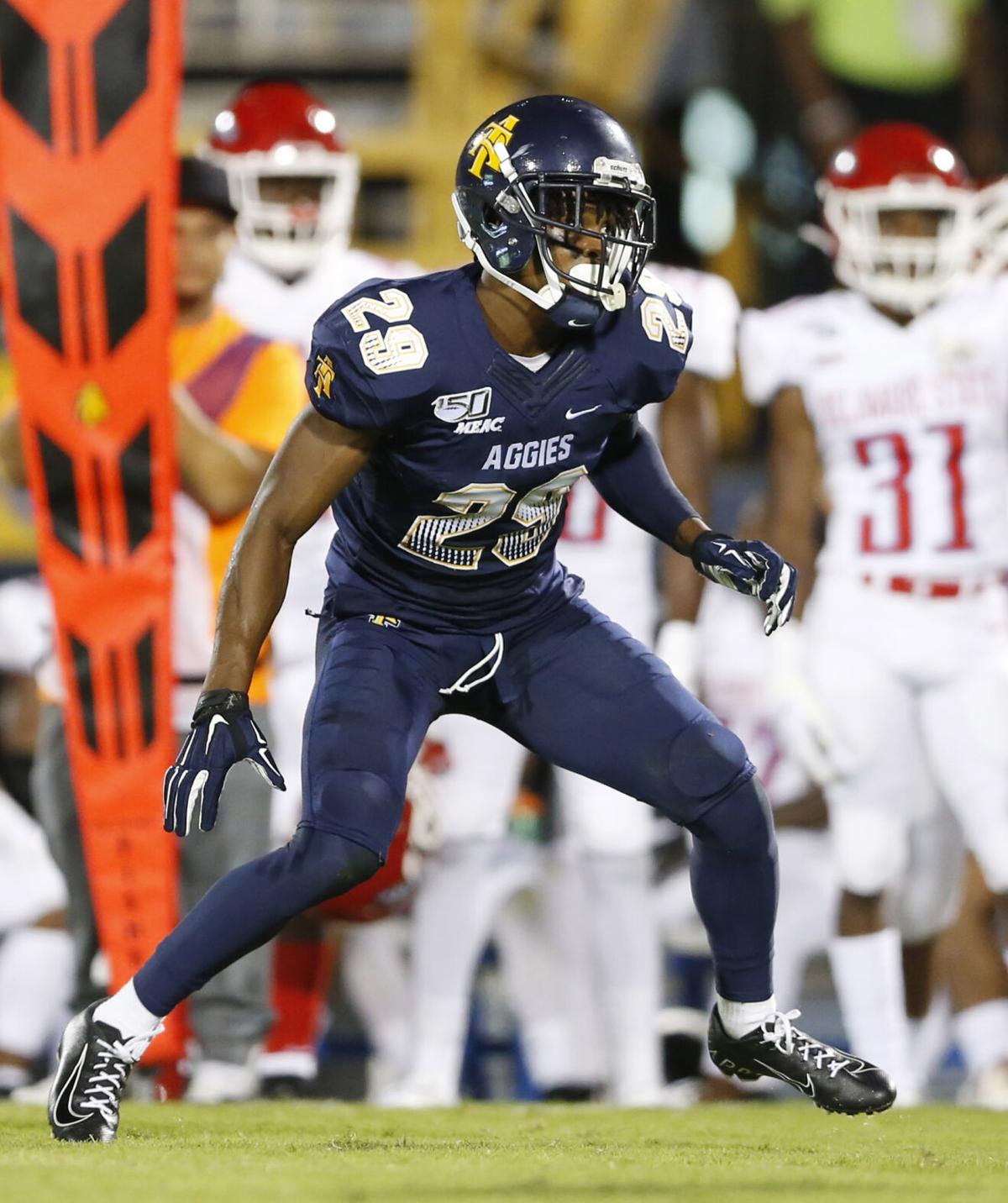 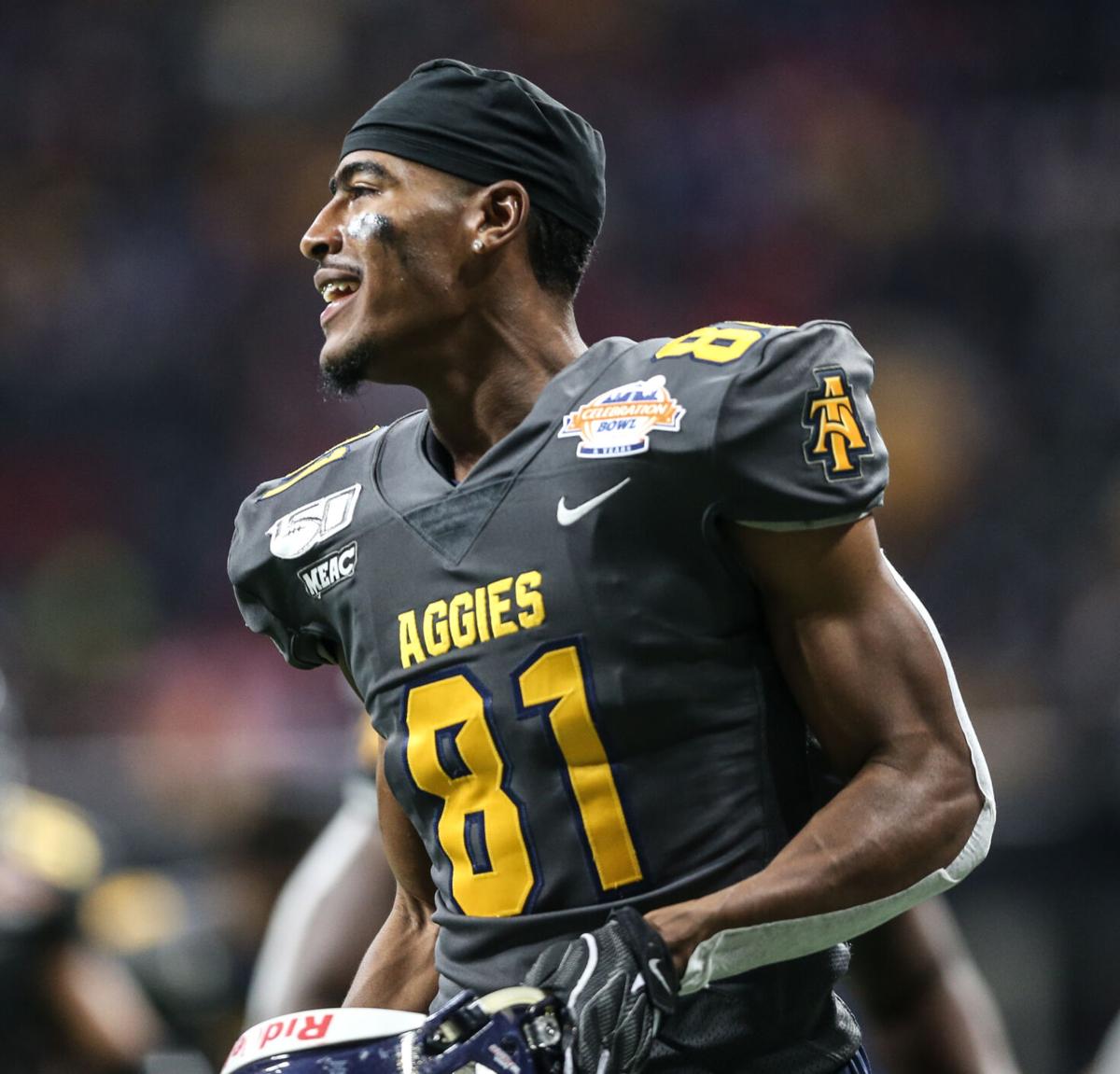 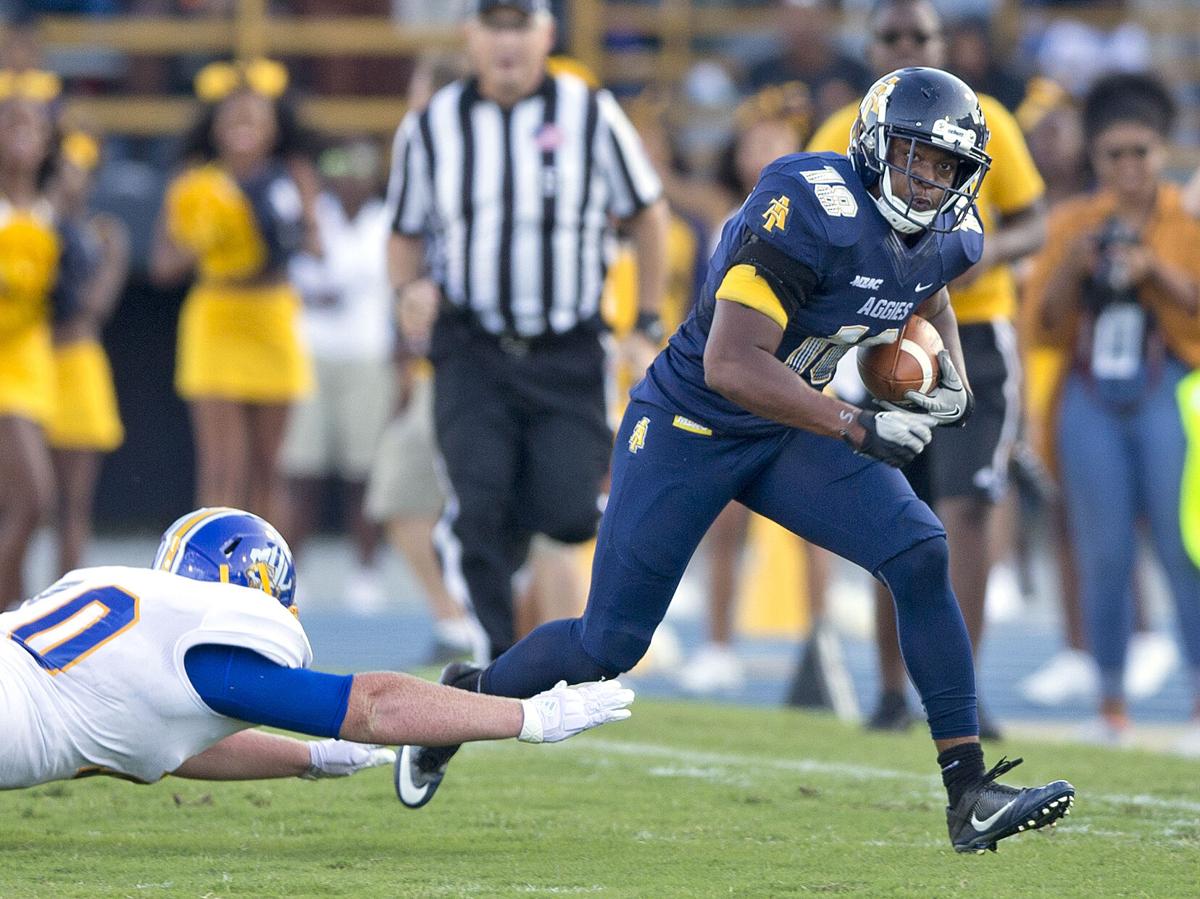 N.C. A&T defensive back Richie Kittles runs back his interception during the Aggies' 2017 home opener in Greensboro.