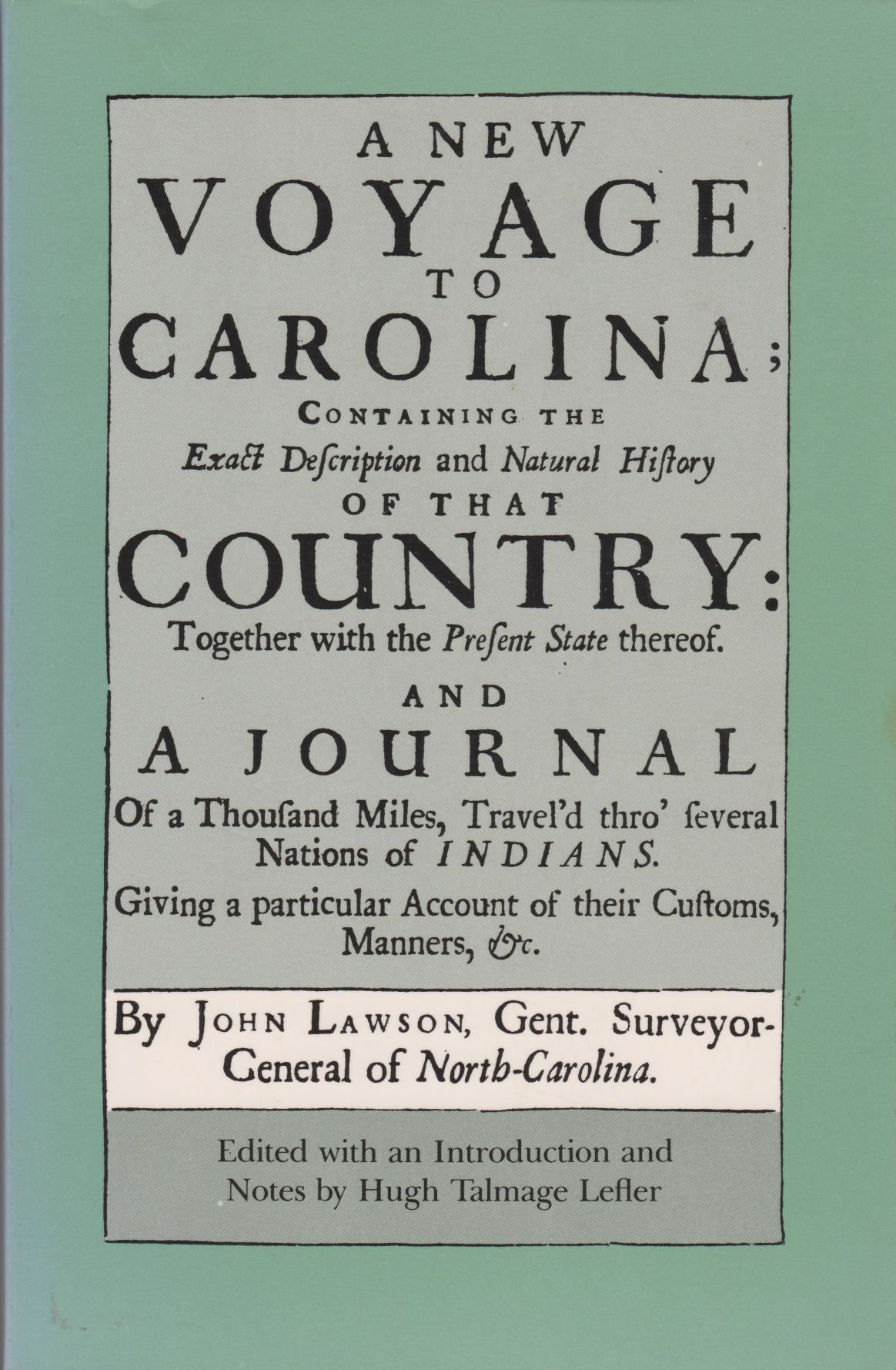 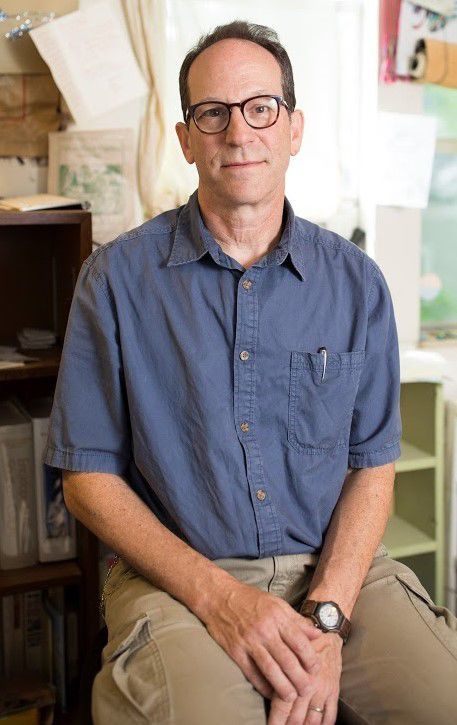 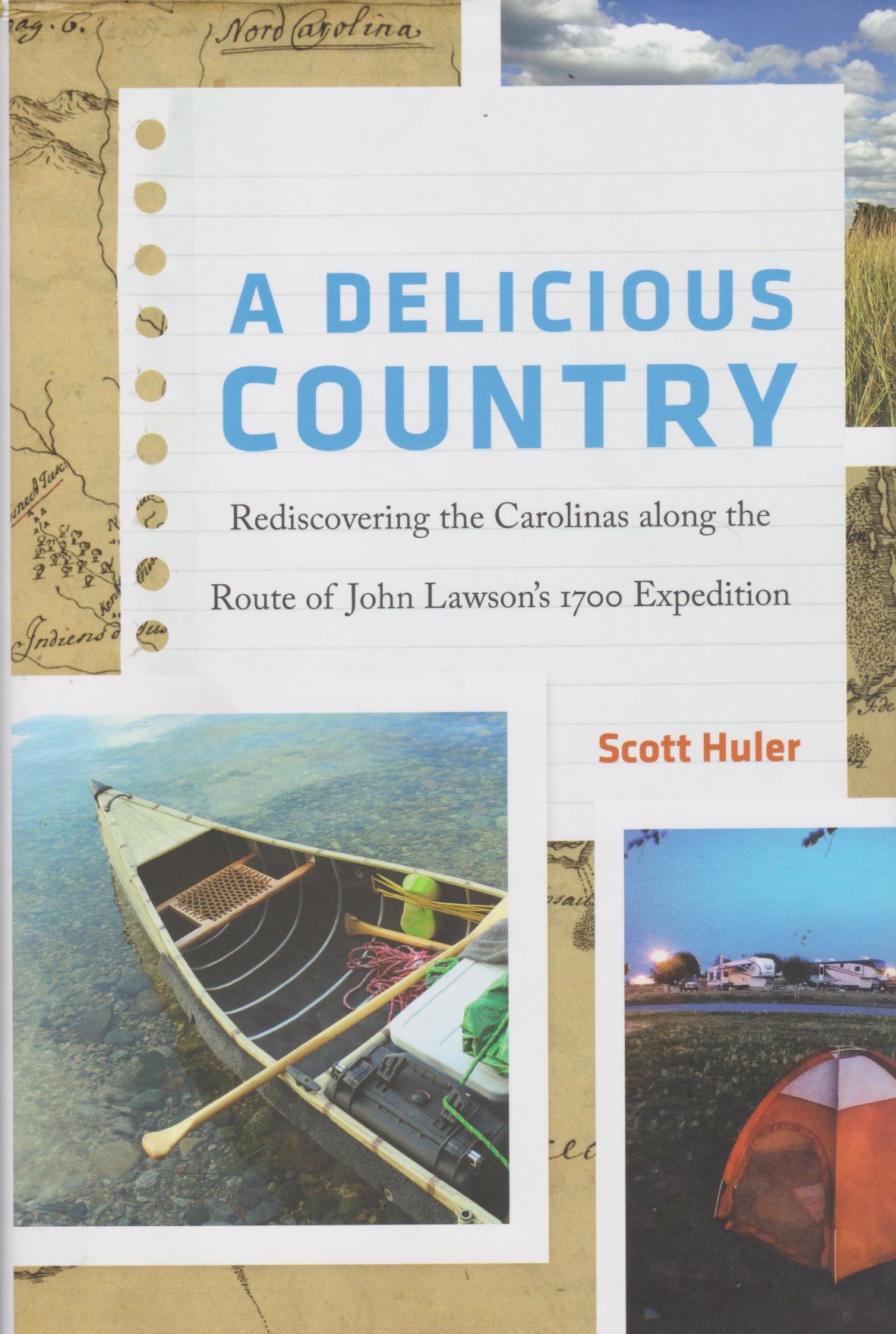 In my column two weeks ago, I mentioned the book, "A New Voyage to Carolina." Published in London in 1709, it was about a journey through North and South Carolina, first by canoe and then on foot, by John Lawson, who was accompanied by five fellow Englishmen, three American Indian men and the wife of one of the American Indian guides.

Lawson left Charles-Town (modern Charleston, South Carolina) on Dec. 28, 1700, and after a horseshoe-shaped trek from the coast and to the west into the backcountry as far as the Catawba River and then back to the coast, he arrived at an English settlement near the present-day town of Washington, on the shore of Pamlico Sound, on Feb. 23, 1701. Lawson presented his walkabout as being "a Thousand Miles." It was more like 550 miles, but no matter. He gave detailed descriptions of plants, soils, rivers and streams and, notably, the Native American tribes he encountered. For some of these peoples, Lawson's description is the only one we have.

He also wrote about the birds he encountered, one of which was the now-extinct passenger pigeon. These birds were so numerous in Lawson’s time that flocks of them literally blocked out the sun. At night the American Indians took long poles and bashed the sleeping birds which had nested in the trees. They stored the fat from the birds to be used in their cooking and ate the meat. Lawson also mentions the now-extinct Carolina parakeet.

Lawson’s book is available in paperback format from the University of North Carolina Press.

In 2019, the University of North Carolina Press published a 251-page book by Scott Huler, "A Delicious Country: Rediscovering the Carolinas along the Route of John Lawson's 1700 Expedition." As you might suspect from the title, Huler, originally from Ohio and now a Raleigh resident, attempted to retrace Lawson’s journey as closely as possible and describe some of the changes he saw. Of course, in many instances it was impossible to determine Lawson’s exact route (Lawson had no global positioning satellites, no I-Pads, no interstates, no maps), but much of Iredell County, for example, looks much like land 20 miles east or west of it in Catawba or Cabarrus counties. As Huler puts it, “The danger was that the route would become more important than the walk.” And speaking of the Catawba tribe, or “Kadapahaws” as Lawson spelled it, they were the westernmost tribe he stayed with, in a village near present-day Charlotte, and so he missed actually going through Iredell by a few miles.

Unlike Lawson, Huler was met, accompanied by and guided by a variety of friends and experts who had studied Lawson’s book. Huler made his walk—he called it the “Lawson Trek”--in short spurts, taking about a year in all, from October 2014, to September 2015, while Lawson made one continuous canoe trip/hike of eight weeks duration.

Huler describes a moment one night, far from city lights, alone but for the sound of dog barks and whispers made by cars on the highway a few miles distant:

“I can’t say I saw what Lawson saw. But for a moment, alone in the blackness, opening my eyes to light waves landing on my eyes from trillions of miles away, I knew I was doing as Lawson had done. I opened my eyes. And I looked around.”

Huler, of course, didn’t see any passenger pigeons or Carolina parakeets, but he reports what he does see. Although there were exceptions, he writes of the abandoned small towns of the Carolinas, the deserted crossroads communities, the empty storefronts, abandoned houses, collapsing tobacco barns and shut-down textile mills.

Tobacco was already being grown as a cash crop in eastern North Carolina in Lawson’s day. Huler noted, “Tobacco was still everywhere, of course — at the side of the roads I’d see big pale yellow-green leaves, like something from a giant overwatered cabbage. Leaves fell off cured bales on their way to the warehouse, too, and I would find little twists of cured tobacco by the side of the road, and they smelled wonderful, too….”

Perhaps the saddest parts of the book were descriptions of how the Carolina countryside had changed during the past 60 years or so:

“Away from the coast the Lawson Trek began encountering little towns without the ocean to serve them as an economic driver, and the news isn’t good. Every little town seems all but empty; such businesses as the main-street strip hosts usually involve services—tanning beds, hair salons, pet grooming—or stores selling used stuff. Government services for senior citizens and the poverty-stricken usually made an appearance.”

Near the end of his journey, Huler came to another small town in Johnston County:

“The hot afternoon’s walk led me to Clayton, a town of some 20,000 doing a complicated dance between being a bedroom community for Raleigh and maintaining a sense of itself. Its low brick downtown has a public library and the usual spate of hair salons and taverns…. A lumber, cotton, and tobacco town, Clayton followed the usual cycle of post-Civil War growth, a stall during the Depression, and collapse with the loss of first cotton and then tobacco.”

All was not bad news, however, as Huler notes Clayton has diversified and is growing again. Everywhere he went, Huler was met by friendly people who offered assistance. The same was true for Lawson three centuries earlier, regardless of the color of the skin of those he met.

Huler has authored seven non-fiction books, all of which are available on eBay and through Amazon.com. I bought my copy of “A Delicious Country” at Barnes & Noble in Hickory. Our county library has a copy of Lawson’s “A New Voyage to Carolina” in the James Iredell Room, but no copy of Huler’s “A Delicious Country.” Both books are excellent reads.