STONY POINT Jerry Blaine Winebarger, 69, of Stony Point, passed away at his residence, Friday, Feb. 3, 2017. Born Aug. 30, 1947, in Wilkes County, to the late Clifford Arthur and Naomi Koch Winebarger, he was of the Baptist faith. Jerry was retired from the N.C. Department of Corrections, having been a corrections officer with the Catawba County Unit. He was a veteran of the U.S. Army in the Vietnam Era and was awarded the Bronze Star. He was an avid golfer and fisherman, along with being a fan of gospel music. He could be found on the front porch more often than not. In addition to his parents, he was preceded in death by his wife of 38 years, Cynthia Johnson Winebarger, in Sept. of 2016. Jerry is survived by four children, Autumn Kiser and Paul Winebarger both of Taylorsville, Sonya Winebarger of Hudson, and Duane Winebarger of Goose Creek, S.C.; three brothers, David, Gene, and Clifford Winebarger; a sister, Mary Hogan; grandchildren, Paige Kiser, Austin Winebarger, Daniel Craven, Sadie Craven, Isabella Winebarger, Nathaniel Winebarger; a number of nieces and nephews; and one special sister-in-law remembers Jerry, Paulette Johnson. Visitation will be held Monday, Feb. 6, from noon to 1:30 p.m., at Wayside Baptist Church, 73 Wayside Church Rd., Taylorsville. Funeral will follow at 1:30 p.m. with the Rev. Sammy Kiser officiating. Military rites will be provided by Disabled American Veterans Post 84 and Post 6. Burial will be in the Stony Point Cemetery. Memorials may be made to Hospice & Palliative Care of Iredell County, 2347 Simonton Rd., Statesville, NC., 28625. Funeral arrangements have been entrusted to Alexander Funeral and Cremation Service. Condolences may be sent at www.alexfuneralservice.com. 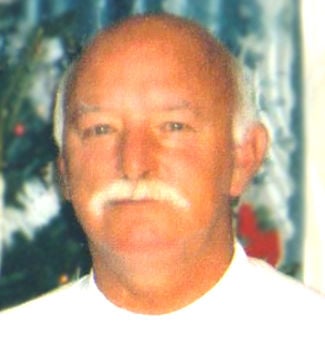