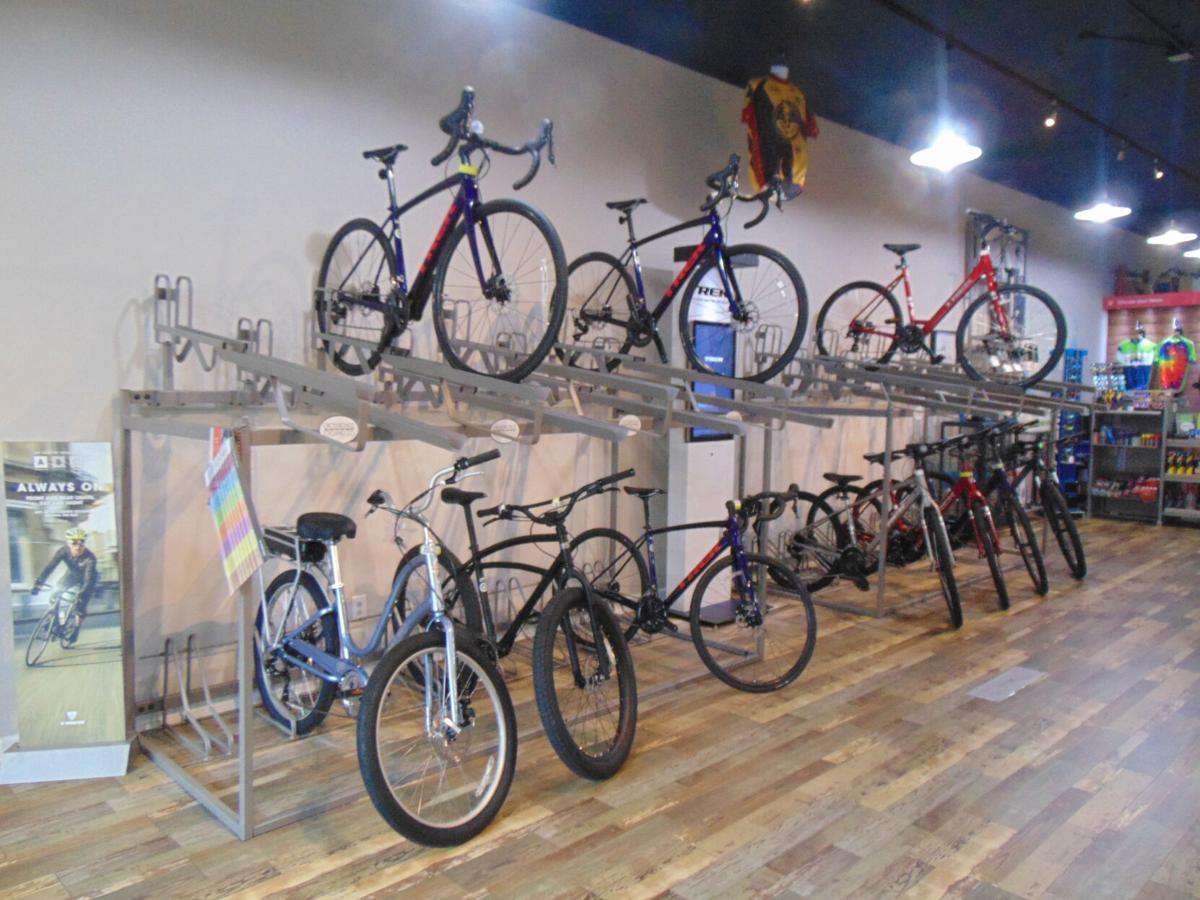 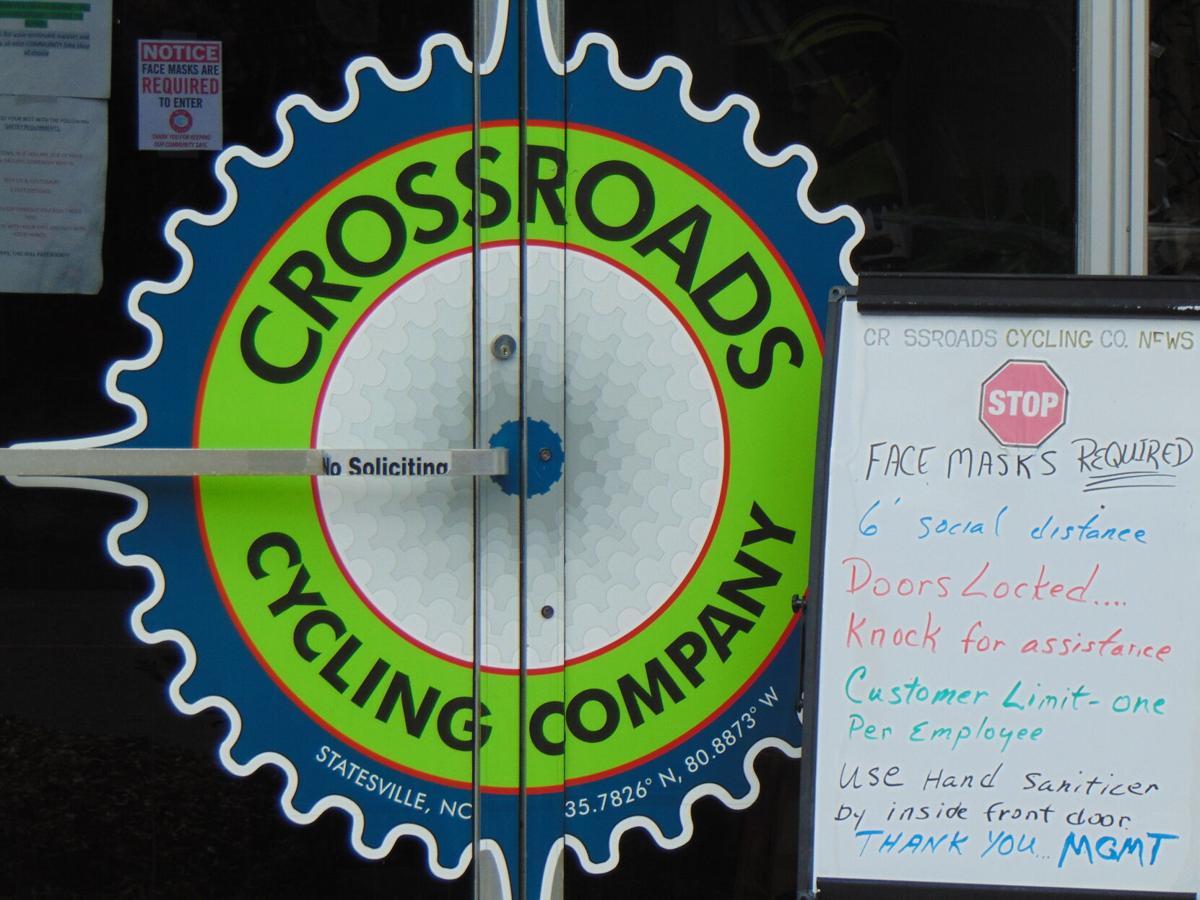 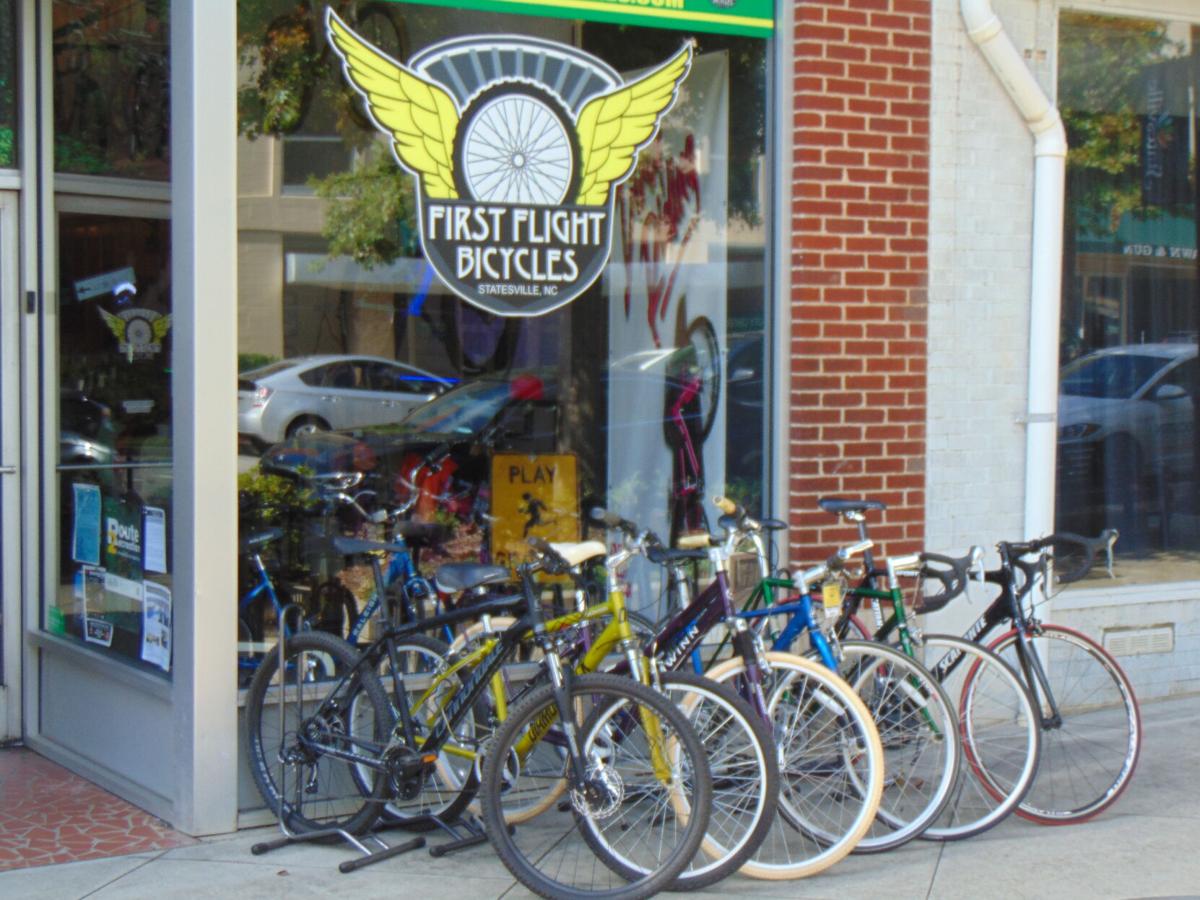 First Flight Bicycles also is seeing a demand for bicycles. Service Manager Edan Aldridge said that when gyms closed, people “realized they had to do something else for fitness.”

Crossroads Cycling Company owner David Carleton has one piece of advice for those seeking a bicycle for a Christmas present: Shop now.

For an entire generation, Christmas and bicycles went hand in hand.

A bicycle under the tree was a common item, with kids having to wait until that time to get a new bike after outgrowing an older one. It is still common to see fundraising drives to get bicycles for kids for Christmas.

In this season of the pandemic, though, people found gyms closed, businesses allowing people to work from home and children invested in remote learning.

So, since March, there has been an increased interest in biking — an activity one could safely participate in throughout the COVID-19 restrictions. Couple that rush with a national delay on products in several spectrums and one suddenly has a shortage of available bikes as the Christmas shopping season begins.

“There’s a nationwide shortage so we have ordered our Christmas stuff back in July, we are slowly starting to get (it) in,” Carleton said. “We’re preselling our Christmas bikes.

“We just don’t know what the inventory is going to be like when it gets closer to Christmas, whether we’re going to be able to get bikes or not, so we’re encouraging people to prebuy them while they are in stock.”

The situation is the same across downtown at First Flights Bicycles.

“Stuff is beginning to loosen up, not enough to give us hope yet,” Service Manager Edan Aldridge said. “Absolutely let us know what you are looking for; we have a list that gets referred to every day. There are people I talked to in July getting callbacks now because I just now got the bike they were looking for at that time.”

The delay is not small. Carleton said that supplies in the bike business nationally are slow, pushing owners 120 to 190 days out when they order one. Some of the bikes that people want he cannot even get until next year.

“If people don’t preorder their bikes or get stuff that we have in stock now they’ll not be having bicycles under the tree for Christmas,” Carleton said as he encourages those wanting a bike to go ahead and start on that.

He currently has more repair bikes in his store than new ones. Ninety percent of the bikes coming in right now are presold — and were bought months ago.

He’s not alone. Both local bike stores sold out of their inventory in the spring and have been working to stay ahead of the orders as much as possible.

Aldridge said that when gyms closed, people “realized they had to do something else for fitness” — and started remembering that they had bikes or enjoyed biking.

“People remembered it for themselves again and, in doing so, they were reminded other people might enjoy it as well.,” he said. “… We see a lot of grandparents, we see people (in their 20s and 30s) who haven’t ridden since they got a driver’s license. We’ve seen lots of supply chain delays that have been a piece of that as well.

“More than that, people have discovered bikes again in a way we haven’t seen before.”

As people tried to find a way to both stay active and perhaps escape the confines of their homes safely in the pandemic, bike riding seems to have naturally followed. Carleton said people just returned to a familiar way to be outside.

“Everybody wants to get out and bicycles are a worthy way to do that,” he said.

He refers to a bike coming in that hasn’t been presold as so rare right now that they call them unicorns after the mythical creature. And when those do come in, they are bought quickly when they appear on the website.

As he looks down the road, Carleton’s words should encourage those trying to make a Christmas wish come true to go ahead and get moving if a bike is on the wish list.

For this popular Christmas item, the time is dwindling.

“A lot of stuff that probably would have been available for Christmas were bought much earlier,” Aldridge said.

Watch Now: Biden wants to raise taxes on the wealthy

Watch Now: Biden wants to raise taxes on the wealthy

Watch Now: How much will space travel cost?

Watch Now: How much will space travel cost?

Body found in Wyoming believed to be Gabby Petito

Authorities say a body discovered Sunday in Wyoming is believed to be Gabrielle "Gabby" Petito.

First Flight Bicycles also is seeing a demand for bicycles. Service Manager Edan Aldridge said that when gyms closed, people “realized they had to do something else for fitness.”