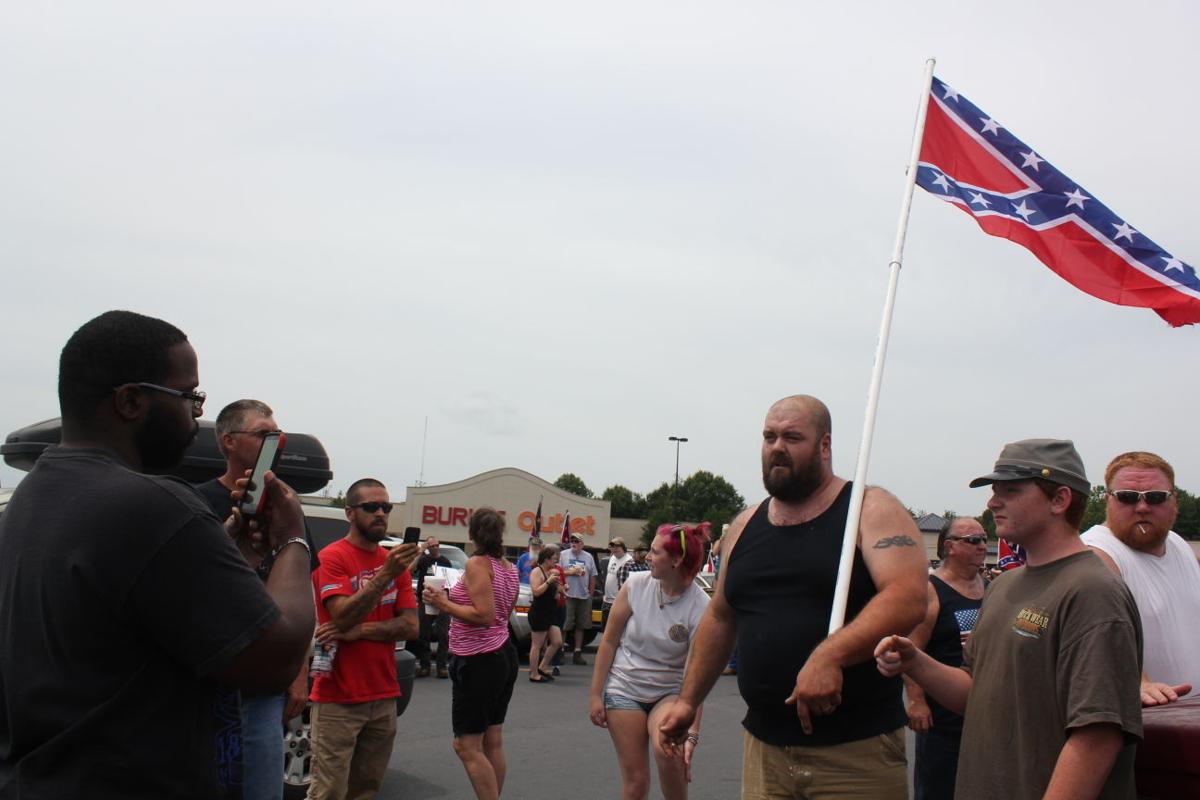 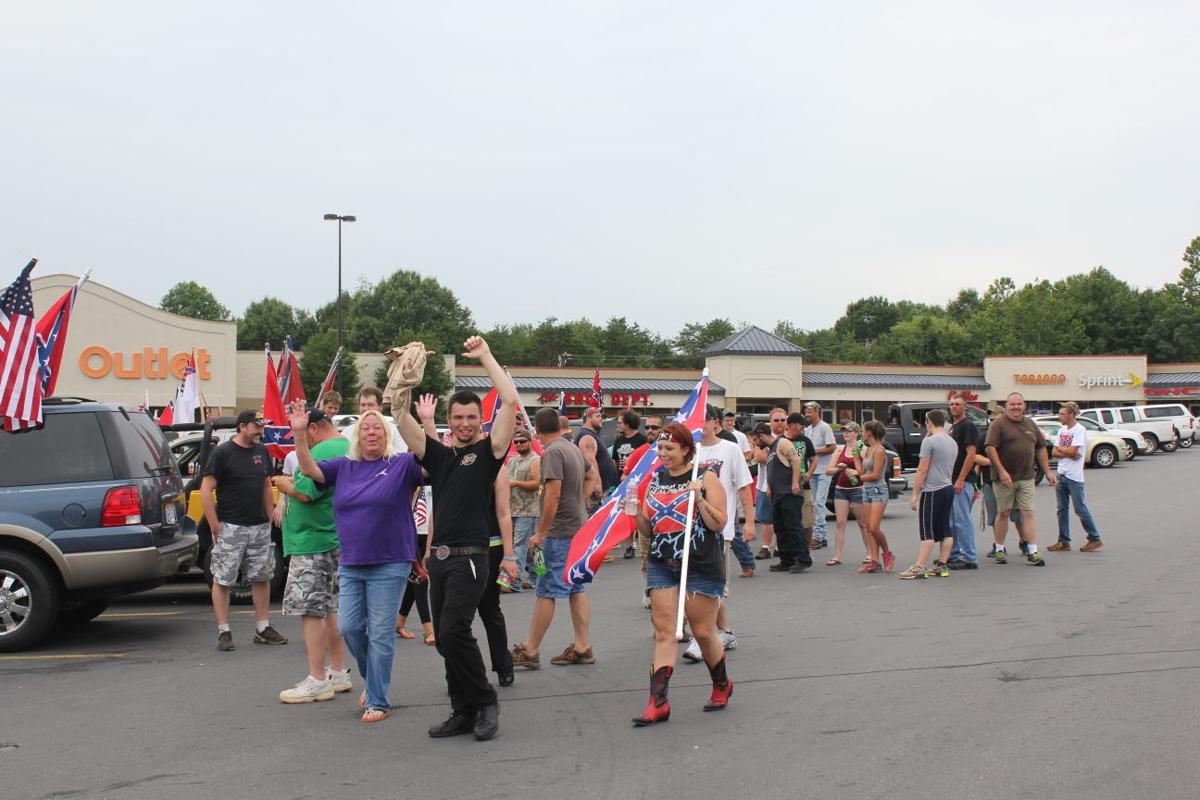 Many people see the Confederate flag as a symbol of pride in Southern roots. About 75 people celebrated the flag and its meaning to them at a rally in Statesville Sunday.

A little more than two dozen vehicles, displaying about twice the number of Confederate flags and carrying roughly 75 people, showed up Sunday afternoon for a “Support The Flag” rally in the parking lot of the Crossroads Shopping Center in north Statesville.

While the rally stayed mostly peaceful, there were points of heightened disagreement between members of the rally and an African-American man and his mother.

The mother, April Donalds , said she was disappointed there was not more of a counter protest.

“But I don’t think anyone knew about it,” she said. “Still, we should have had more people.”

Donalds’ son, Jeron Brawley, said he was a schoolteacher and that he was recording video of the protest on his cellphone to show to future classes. He interviewed protesters and asked them what they felt the flag represented.

“It’s not about slavery or racism. It’s about heritage,” said Nathan Hayes, a rally attendee, who said there were as many black volunteers as white volunteers who fought on the side of the South during the Civil War.

“Do you think they would fight for someone who wanted to enslave them?” Brawley asked. “That doesn’t make sense.”

When Hayes told Brawley to leave soon after that exchange, Brawley said he would leave when he wanted to and that he would “put this phone down,” suggesting the two men could fight.

“Then put it down,” Hayes said, by way of accepting the challenge. But others intervened, and the tension quickly dissipated. There was no other trouble for the remainder of the two-hour rally.

Brawley said, “I came to find out what this was about.”

“It’s about independence from the North,” Austin said, “because they was taxing us.”

Almost every one of the protestors who was asked about the flag responded at some point with the flag’s new tagline: “Heritage, not hatred.”

But, if that is the case, Donalds asked, “Why does every conversation about the flag involve slavery?”

Jonathan Bailey, who made the ride over from Salisbury to attend the rally, also thought he knew the answer.

“History’s got it wrong,” Bailey said. “They say history is written by the victors, and that’s what happened. I love history, and I had history in high school and it was all lies. They lied through their teeth.”

Bailey said he was once a “white supremacist” and that he comes from a long line of Ku Klux Klan members. But he now refers to the KKK as “ bufoons ” and said that if the Klan showed up the rally Sunday, “I’d be in their face because I don’t agree with them.”

An unnamed woman at the rally told Donalds that she and other African-Americans should embrace the Confederate flag as well as white people because it also represented their heritage as Southerners.

“There are many black people who are proud of the Confederate flag because they know it is not about race and that the war was not about slavery,” the woman said.

The Confederate flag was reignited as a contentious national issue after the June 17 shooting death of nine African-Americans in a Charleston , South Carolina , church.

Last week, the South Carolina legislature voted to remove the flag from its place of prominence at the state capital grounds. The flag was lowered Friday.

Deal reached to get Calif. kids back in classrooms

Deal reached to get Calif. kids back in classrooms

As Steve Barker looked over the Vance Hotel on Thursday, it’s clear to him there is plenty of work to be done. But just like the ceramic mosai…

A man and woman were arrested on numerous drug charges after a traffic stop Saturday.

Statesville is another step closer to returning to normalcy with Gov. Roy Cooper’s easing of restrictions on businesses in North Carolina. Coo…

The Mooresville Police Department made a second arrest with the aid of an automated license plate reader.

Statesville Dance not missing a step through pandemic

Being at home for months at a time isn't good for anyone, much less for many of the young children that make up many of the classes at Statesv…

Everyone loves a bit of Cornbread! This 12-week-old boy enjoys being spoiled and playing with kids! He’s dog friendly and great on a leash. He…

The Christian Mission is launching a new program, Drive to Thrive, which matches donated cars to individuals enrolled in a holistic poverty al…

Many people see the Confederate flag as a symbol of pride in Southern roots. About 75 people celebrated the flag and its meaning to them at a rally in Statesville Sunday.