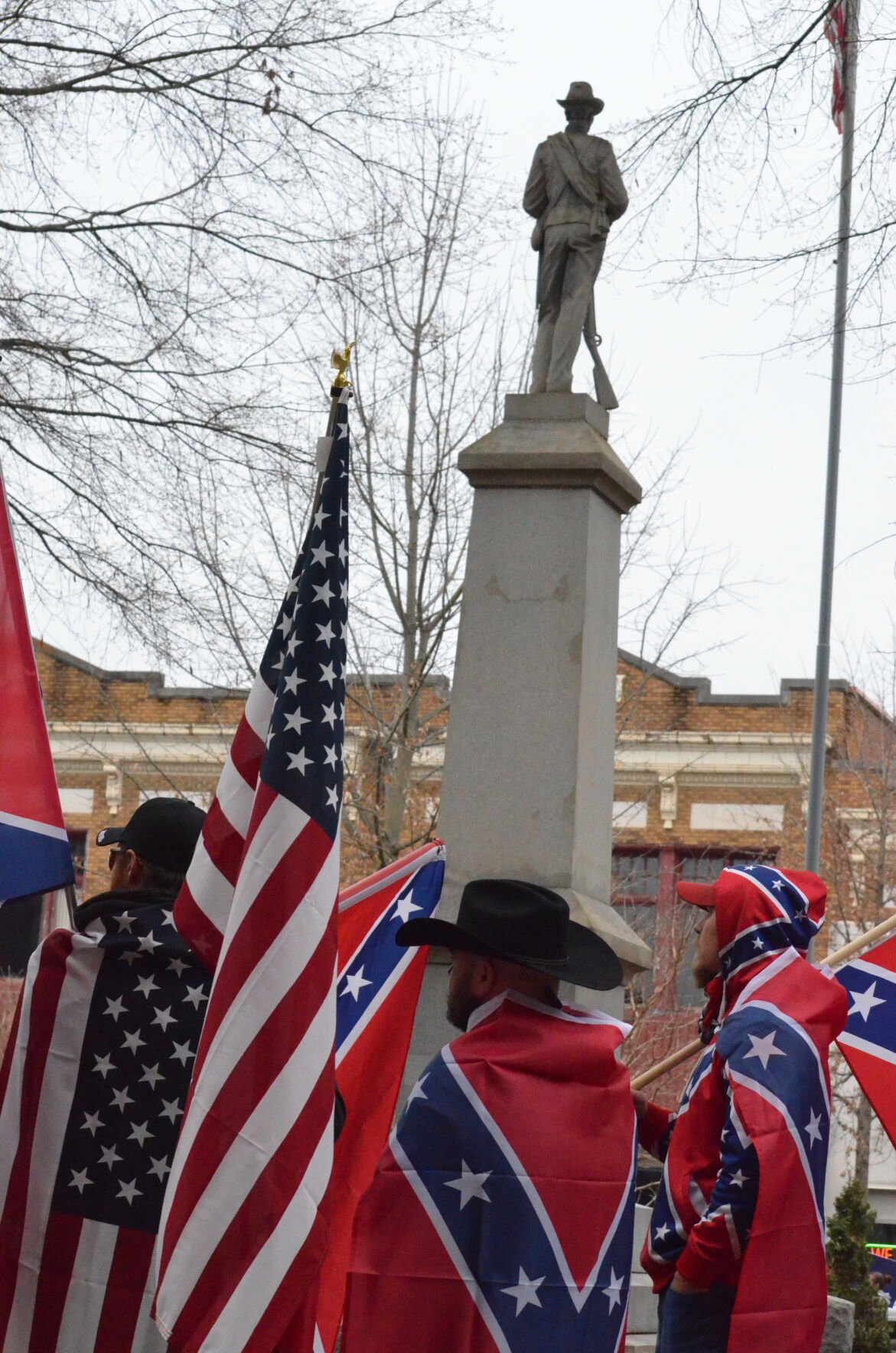 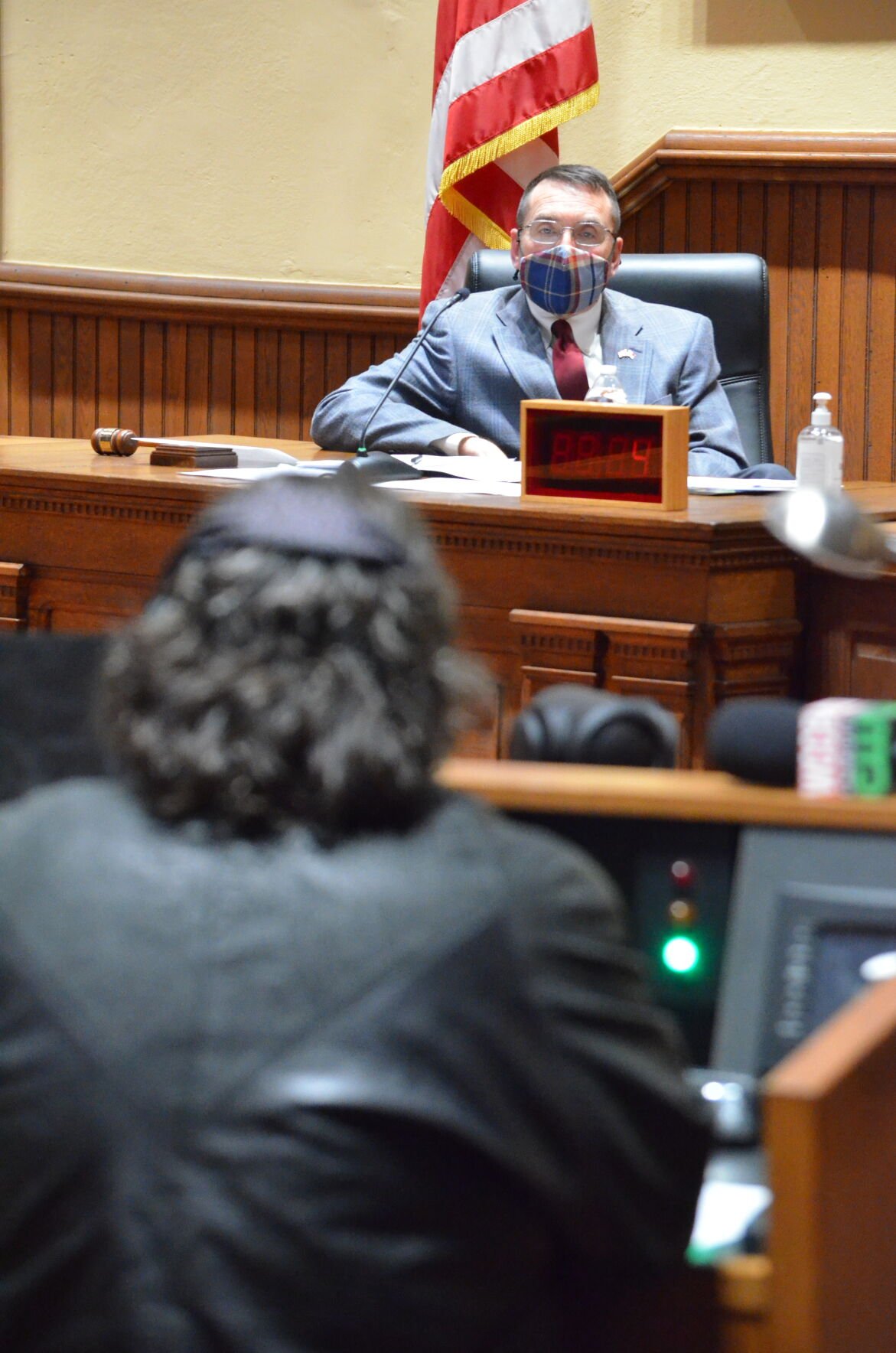 Iredell County Board of Commissioners Chairman James Mallory listens as Lisa Standish addressed the board Tuesday in Statesville. 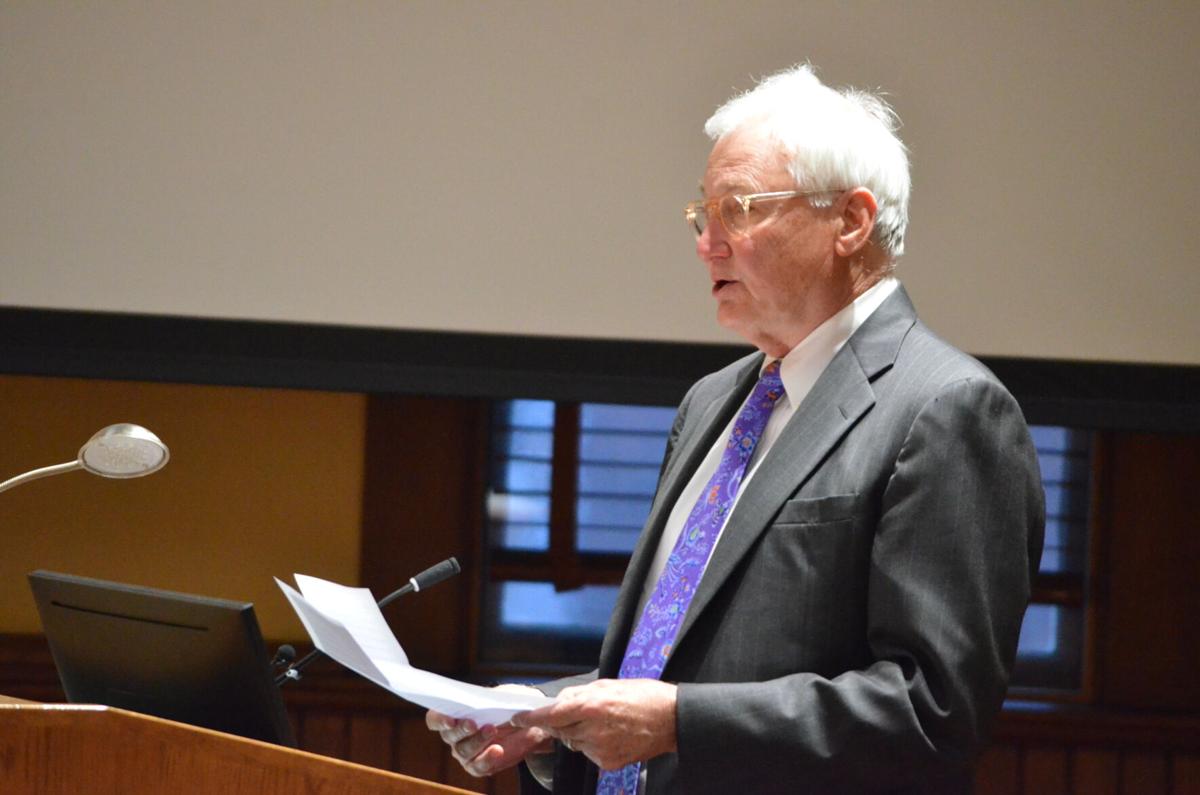 The Rev. Steve Shoemaker speaks to the Iredell County Board of Commissioners on Tuesday in Statesville. 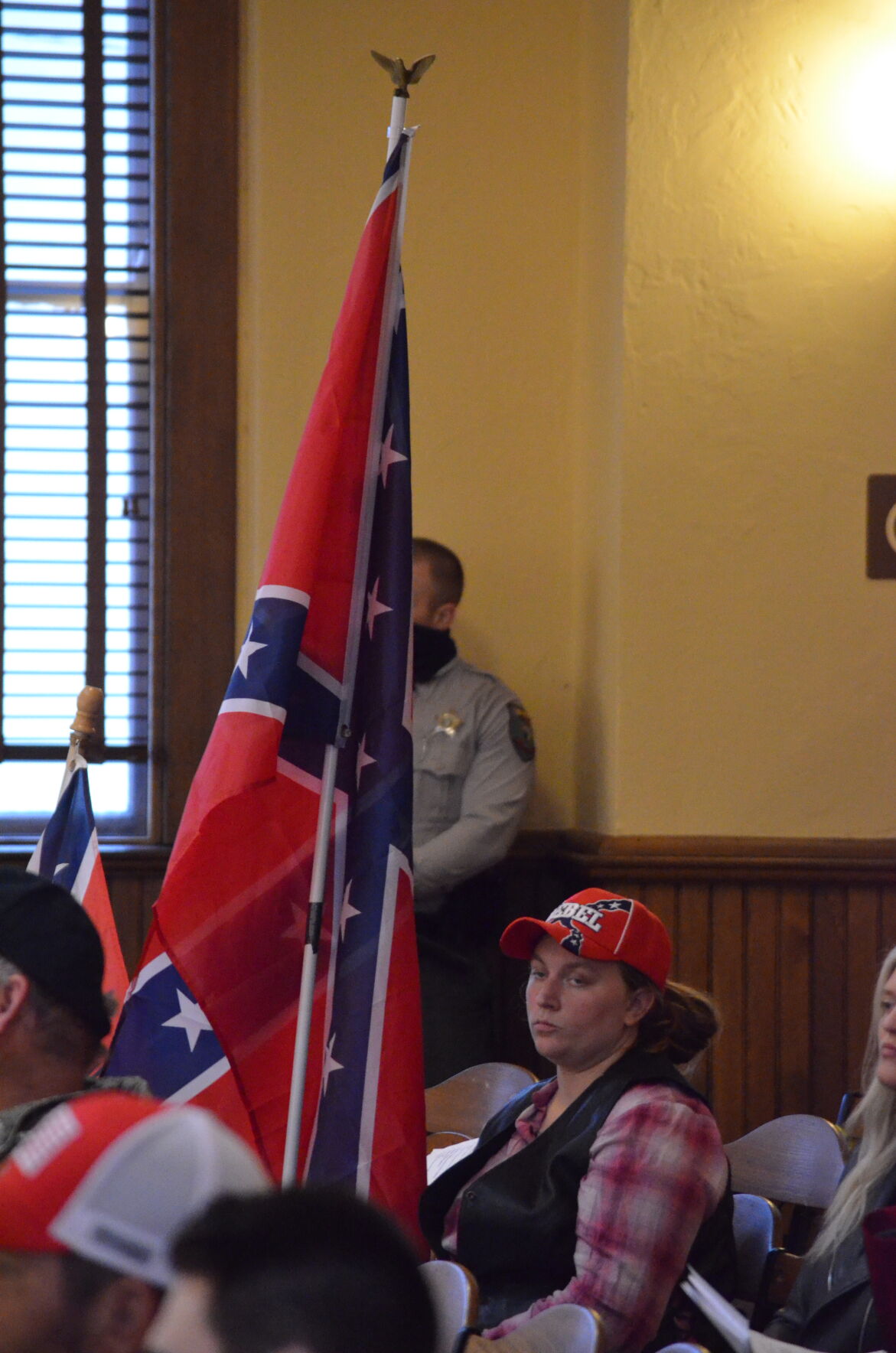 For the last two weeks, the Iredell County Board of Commissioner’s vote to begin discussions on the potential relocation of the Confederate monument that resides outside the county government building has resonated throughout Iredell.

The resolution, which passed by a 4-1 vote on March 2, was solely meant as an attempt to bring the opposing sides to the table to discuss the relocation of the monument ‘by mutual agreement,’ a position they sought to clarify prior to the beginning of the public comment period during Tuesday night’s meeting.

“The Iredell County Board of Commissioners is not moving the Confederate monument,” Chairman James Mallory said to a smattering of applause from those in attendance. “Based on county records, we believe that the monument is owned by the United Daughters of the Confederacy.

“We have received notice on March 8 from the local chapter of the United Daughters of the Confederacy that they reject the resolution and desire the monument to remain in place,” Mallory continued. “Therefore, in the absence of a legal agreement… The Iredell County Board of Commissioners will be taking no action to relocate the Confederate monument.”

However, this clarification did not stop those who had signed up from speaking their mind regarding the decision. Thirteen people ultimately spoke on the matter with a nearly even split between those that support the monument remaining in place and those that would like to see it moved.

The people that came to speak in favor of the monument’s relocation lamented the commissioner’s lack of a unilateral decision to move the monument.

“When you make a vote, you stick to that vote,” Doris Allison, a member of the Statesville City Council, said. “The conversation that you and I had, Mr. Mallory, was that the monument would be moved and I was pleased. I am not pleased tonight. I believe your word is your bond.”

Speakers also cited the inequality that the monument represents to them as a reason for the monument to be moved.

“This Confederate monument has served as a defense for the Confederacy,” the Rev. Steve Shoemaker said. “As the inscription on it makes clear, calling it just.”

Those that support the monument staying at its current location cited the fear of the history being erased by moving the statue as well as the loss of the ability to honor those from Iredell County that died fighting in the Civil War.

“That statue represents nearly 600 men of Iredell County that lost their lives,” Buddy Hemric of Statesville, said. “I’m proud of their heritage, my heritage, and I hope we go on honoring the brave men that died.”

Others accused the commissioners of only listening to one side of the argument.

“This commission backed down,” Christine Harvey of Statesville said. “You said you spoke to major contributors in this county, but so far, those are the only voices you are listening to.”

Following the public comment period, the commissioners addressed some of the comments made.

“None of us that voted for that resolution flip-flopped, I’ve never been for supporting this monument,” Gene Houpe said. “History is not there for you to like or dislike … it is not yours to erase, it is there for all of us.

“The resolution only was to move the monument only if the owners wanted to move it. It was not a unilateral vote to move it.”

Mallory even offered praise for those that spoke.

“I commend everyone that has spoken this evening,” he said. “Everyone articulated their opinions in a heartfelt, but respectful way. That’s how we exercise our first amendment rights.”

The commissioners would go on to state that until the owners of the monument decide to agree on relocating the statue, or they agree to pass ownership of the monument to the city or county, the resolution that was passed will remain dormant.

The Town of Mooresville, after having their motion for dismissal denied Monday, is once again being held in civil contempt of court for failin…

A Statesville man has been charged in connection with a fatal hit-and-run in March.

WATCH NOW: Respect and dignity: Sixty years after being licensed as a funeral director, Joe Troutman still serving the community

Joe Troutman has been serving the community as a funeral director for 60 years as of today, April 11, but his desire to serve others and his d…

An Olin man escaped injury in a crash that claimed the life of a Shelby woman Monday in Lincoln County.

The Evening Farmers’ Market at Pecan Park opened for the season at 3:30 p.m. last Thursday. The sky was Carolina blue, with white, fluffy clou…

YIPE — Young Individuals Pursuing Employment — finds itself in a predicament moving forward. With the death of Zelda Turner on March 7, the or…

A traffic stop for erratic driving resulted in the discovery of a cache of weapons and charges against five people.

Iredell County Board of Commissioners Chairman James Mallory listens as Lisa Standish addressed the board Tuesday in Statesville.

The Rev. Steve Shoemaker speaks to the Iredell County Board of Commissioners on Tuesday in Statesville.