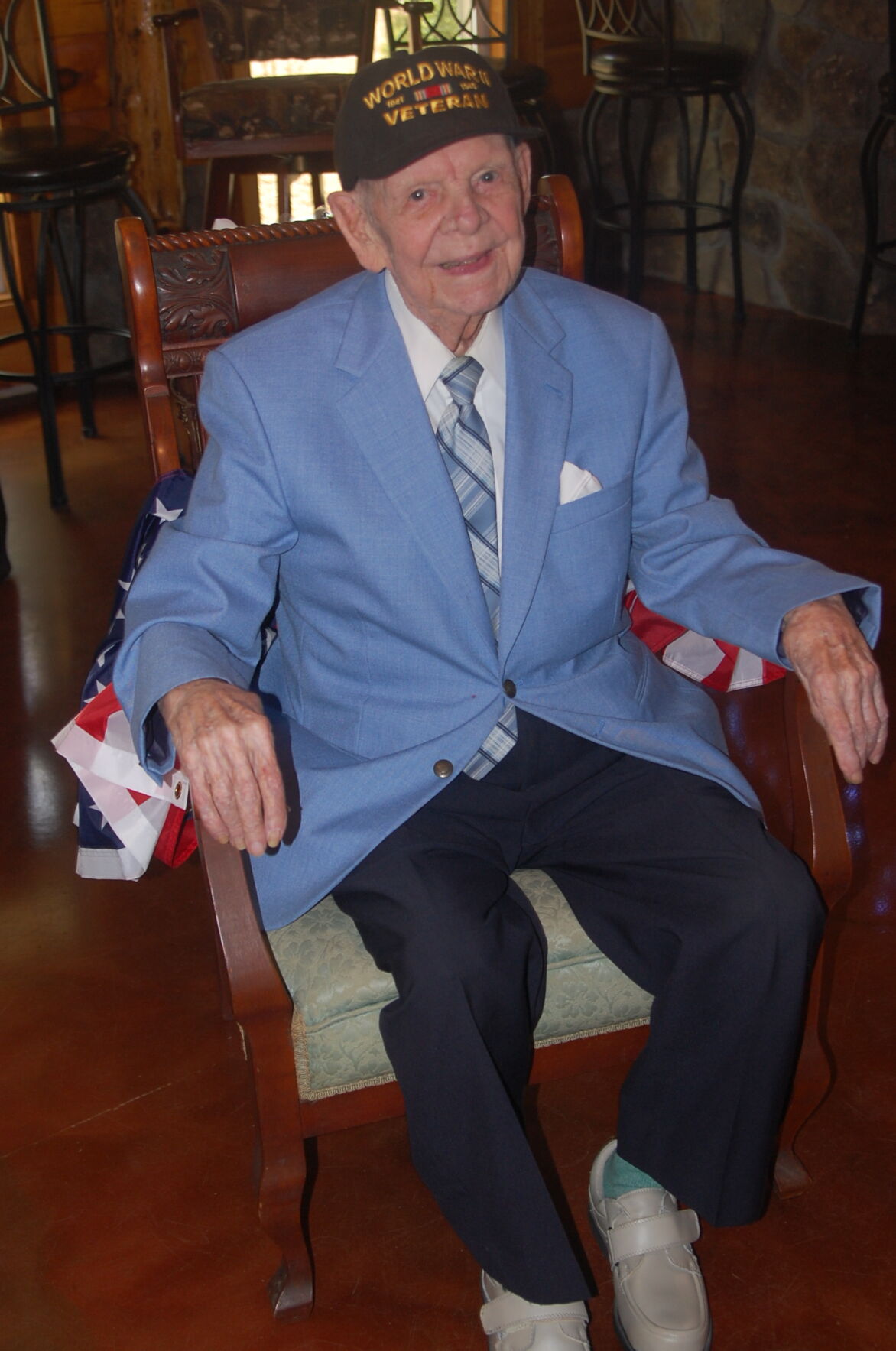 Dr. Tom Poston will be 100 years old on Wednesday. A celebration was held Sunday. 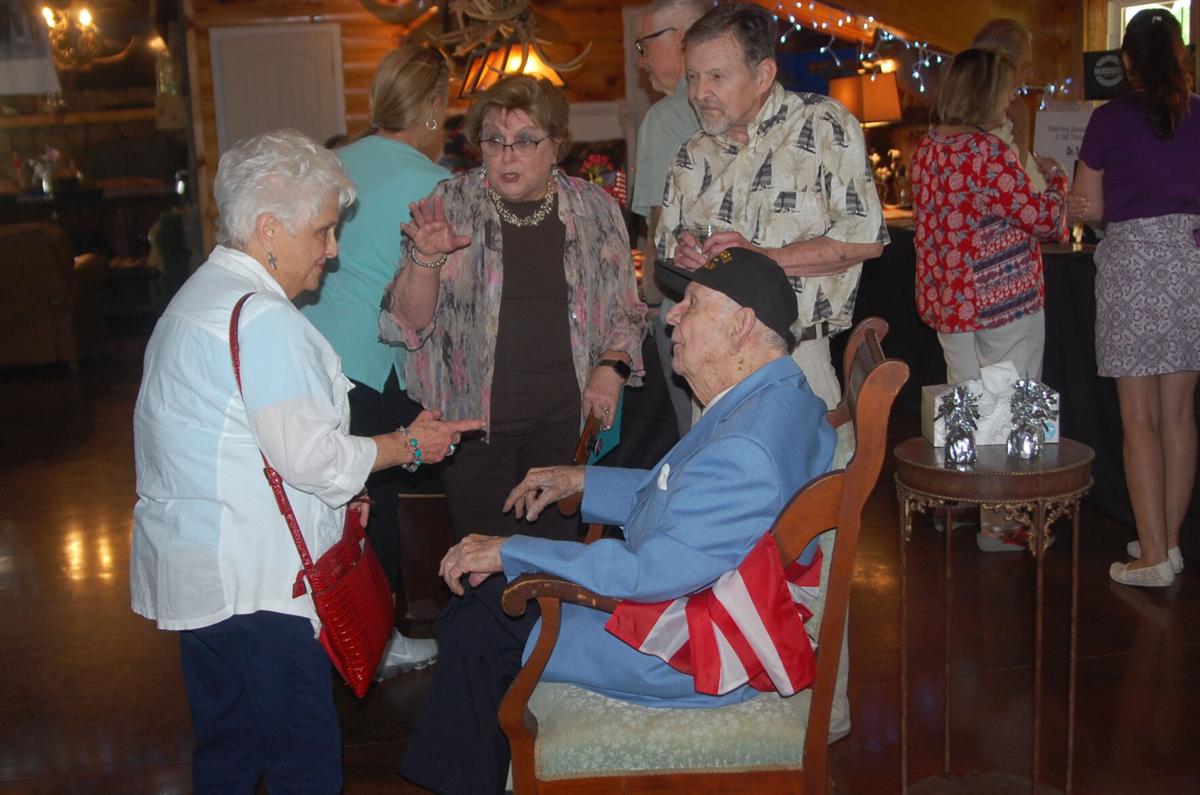 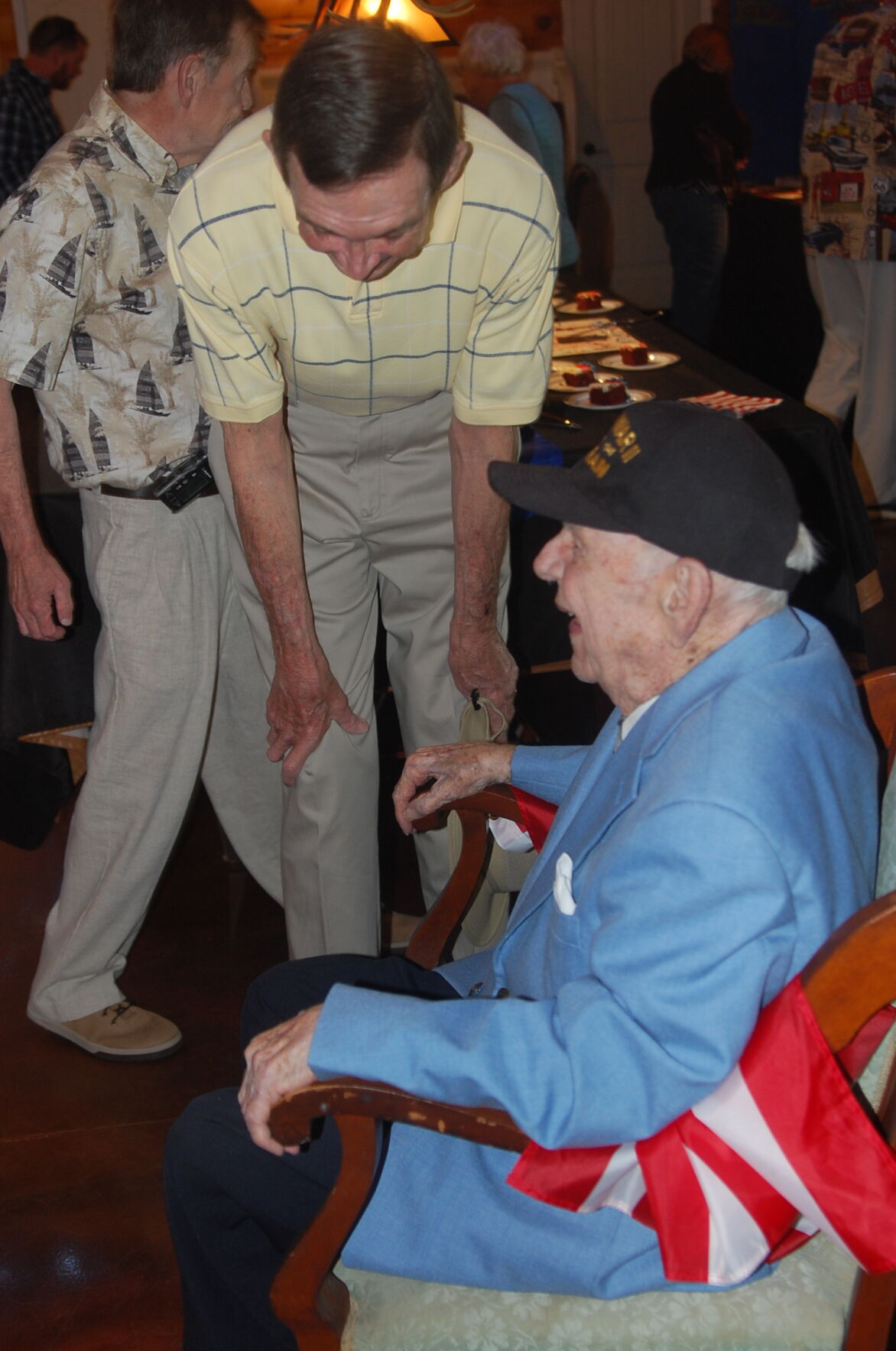 Kenneth James leans over to talk to Dr. Tom Poston. 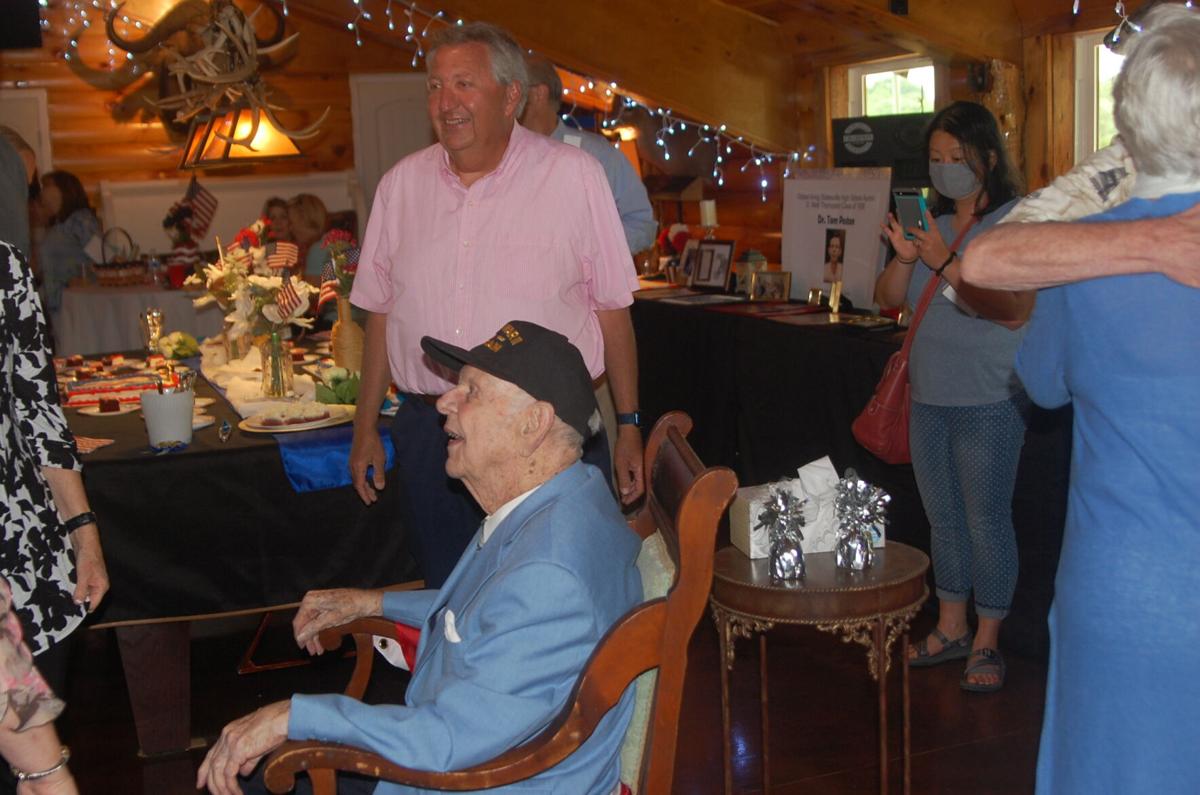 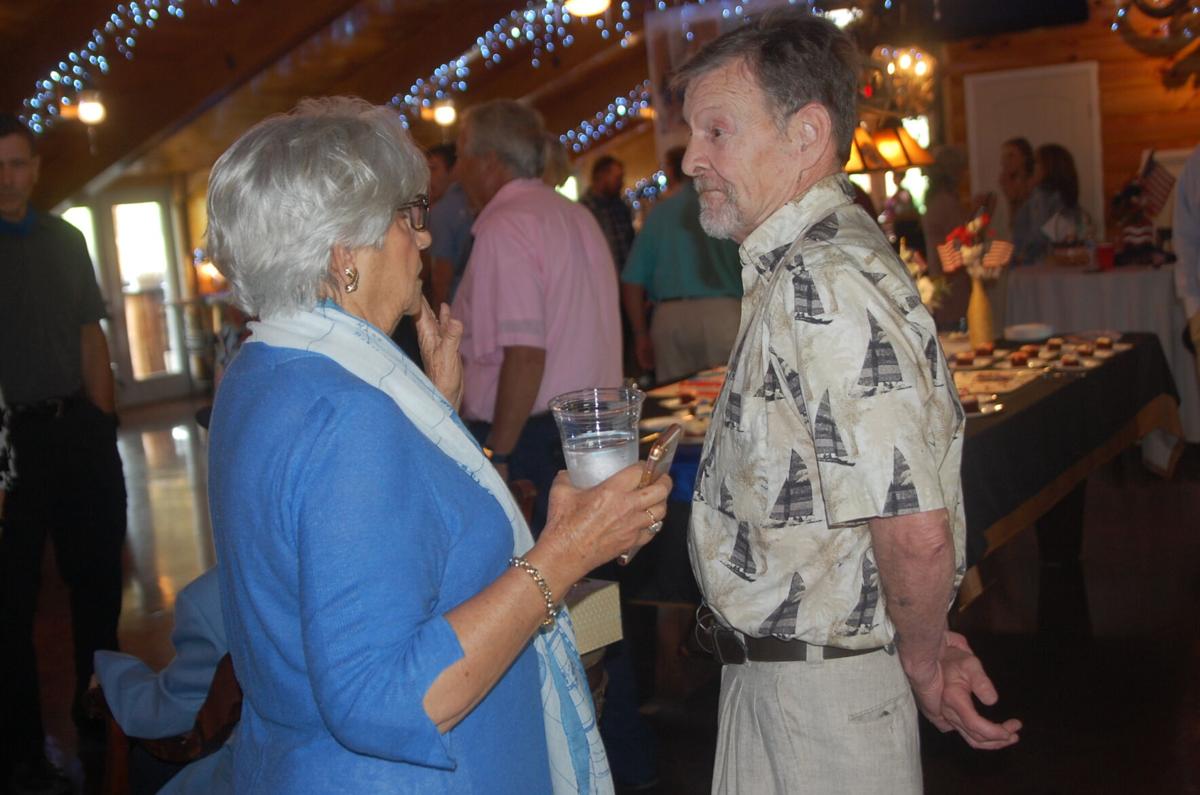 Tom Poston used two simple words to describe his life as he approaches his 100th birthday.

“I’m blessed,” he said Sunday as he greeted former students, his neighbors in West Iredell and family at The Crawford Farm.

Poston, a retired superintendent of the then-Iredell County School System, smiled as he sat in a rocking chair and talked with those who came by with a card and well-wishes.

“I didn’t think I’d make it,” he said when asked about reaching the century mark.

Poston will celebrate his birthday Wednesday.

Pat Ostwalt, who attends church with Poston at Bethlehem United Methodist Church, was one of those who came to wish Poston a happy birthday. “My husband was one of his students and I’ve known him for years,” she said.

Ostwalt said her late husband, Danny, who graduated from Celeste Henkel High School in 1961, admired Poston and she shares that feeling. “This is just wonderful,” she said.

A former student, Kenneth James, graduated from Celeste in 1965. Poston was the principal at the school. James said he enjoyed his years at Celeste, and that was thanks to Poston. “He always treated me great,” he said.

While former students turned out for Poston’s celebration, family from near and far came to the party Sunday.

Sue Schutt Poston’s niece came from Richmond, Virginia for the occasion. She said she is thrilled her uncle is so close to 100, and he’s lost none of the sharpness that was made him a great teacher, principal, assistant superintendent and finally superintendent.

“He still has the greatest recollections,” she said.

Another niece, Nancy Poston Bowen of Ridgeway, Virginia, said her uncle was her inspiration to become an educator. Bowen was an assistant superintendent and superintendent.

Poston and his first wife, Nancy, helped raise Bowen and took on the role of talking with her when problems arose. Her husband, with a laugh, added Poston was the one to discipline her.

Bowen brushed off the discipline comment and added that he was a wonderful uncle and mentor.

“I went into education because of him,” she said.

The relationship Poston established with his students, colleagues and his Old Mountain Road neighbors was evident as they hugged him and expressed their appreciation for him.

The Rev. Michael Flack, pastor of Bethlehem United Methodist Church, spoke for all of them with a few words. “Everybody loves Dr. Tom,” he said.

Poston’s daughter, Carolyn Poston Bartlett, who along with her brother, Gary, greeted the guests, echoed the sentiments her father expressed. “We are so blessed he is still with us,” she said.

PHOTOS: Pets of the Week

Are you ready for a new pet in your life? All of these animals are available for adoption at Iredell County Animal Services, 430 Bristol Drive…

Dr. Tom Poston will be 100 years old on Wednesday. A celebration was held Sunday.

Kenneth James leans over to talk to Dr. Tom Poston.