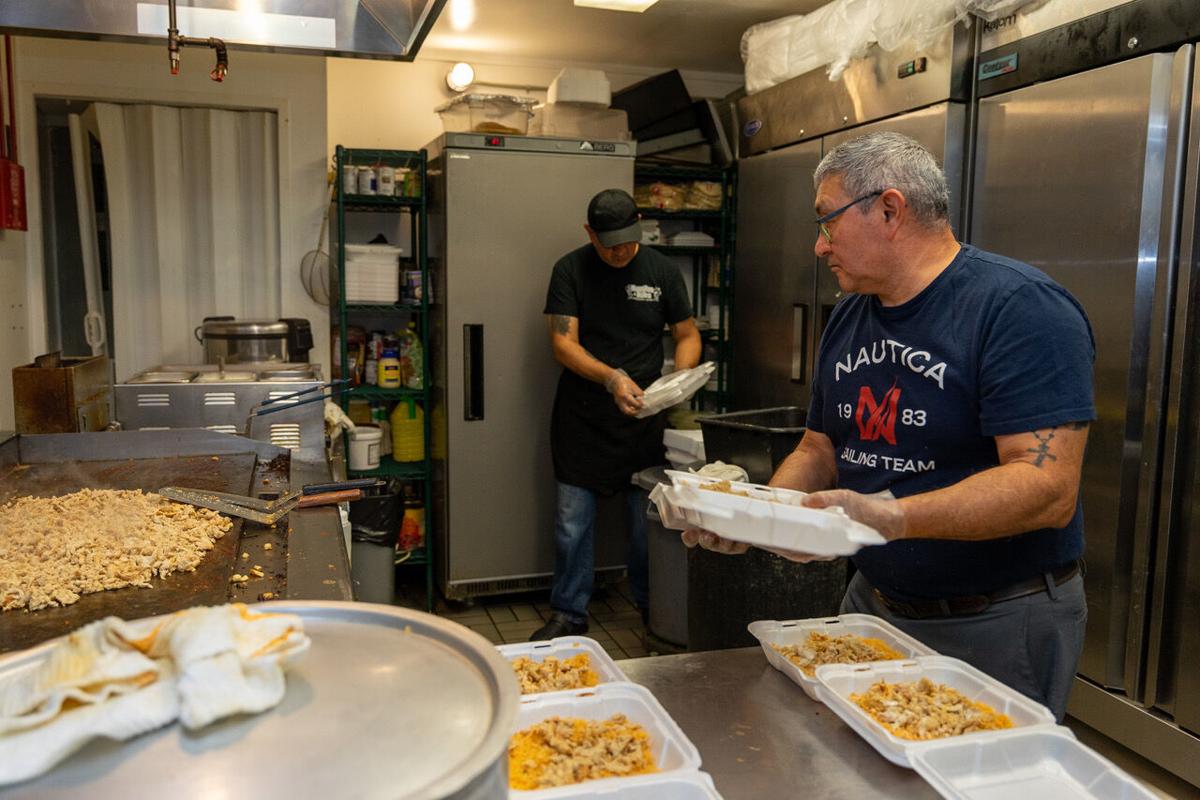 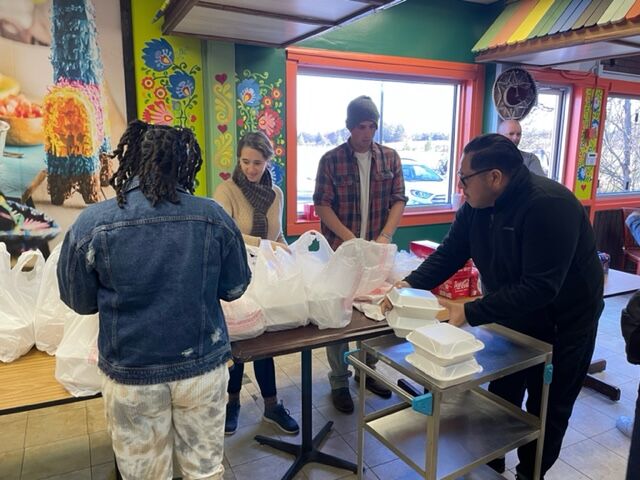 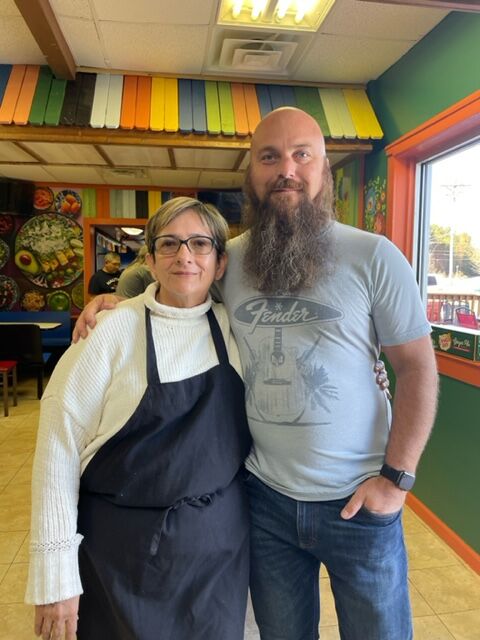 Ana Johnson and Philip Ostwalt pose for a photo at Burritos N Ribs on Thanksgiving Day in Troutman. 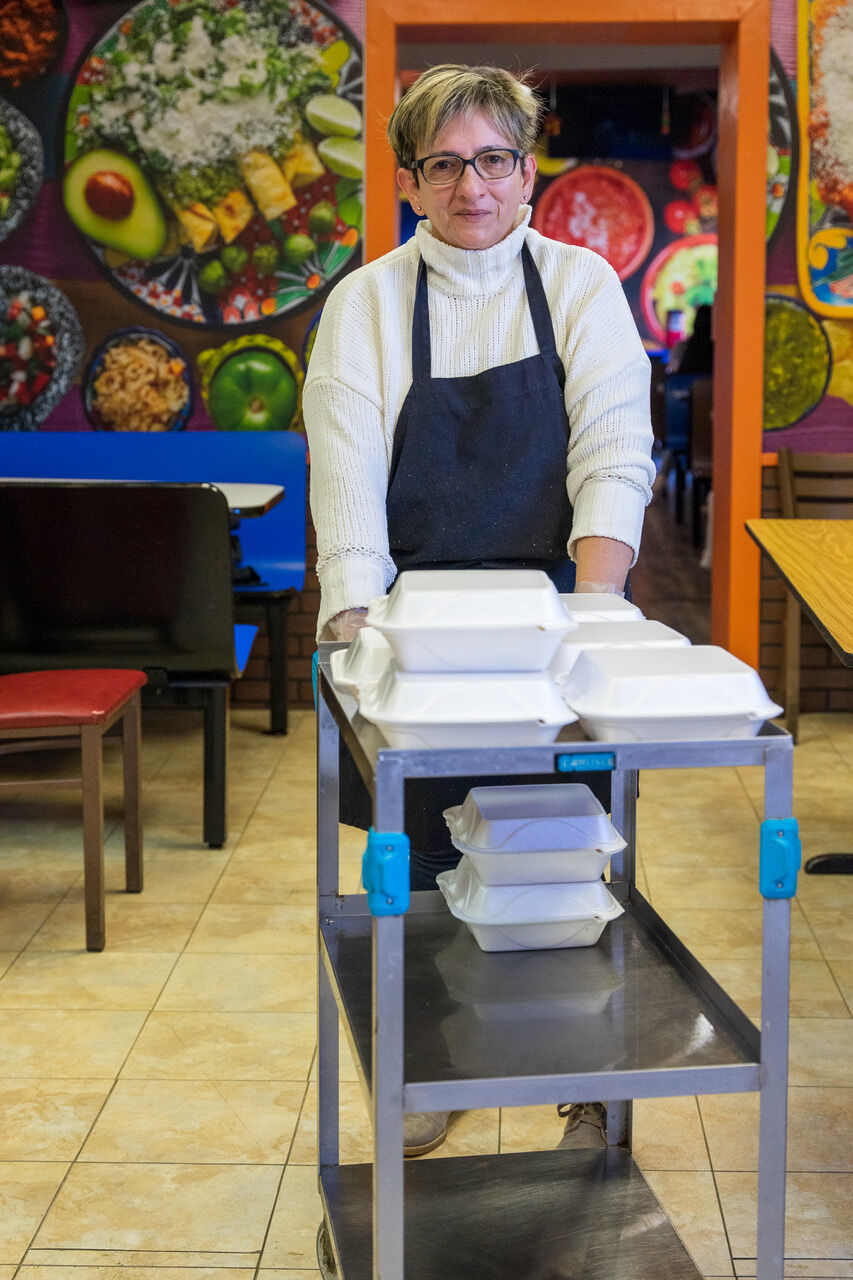 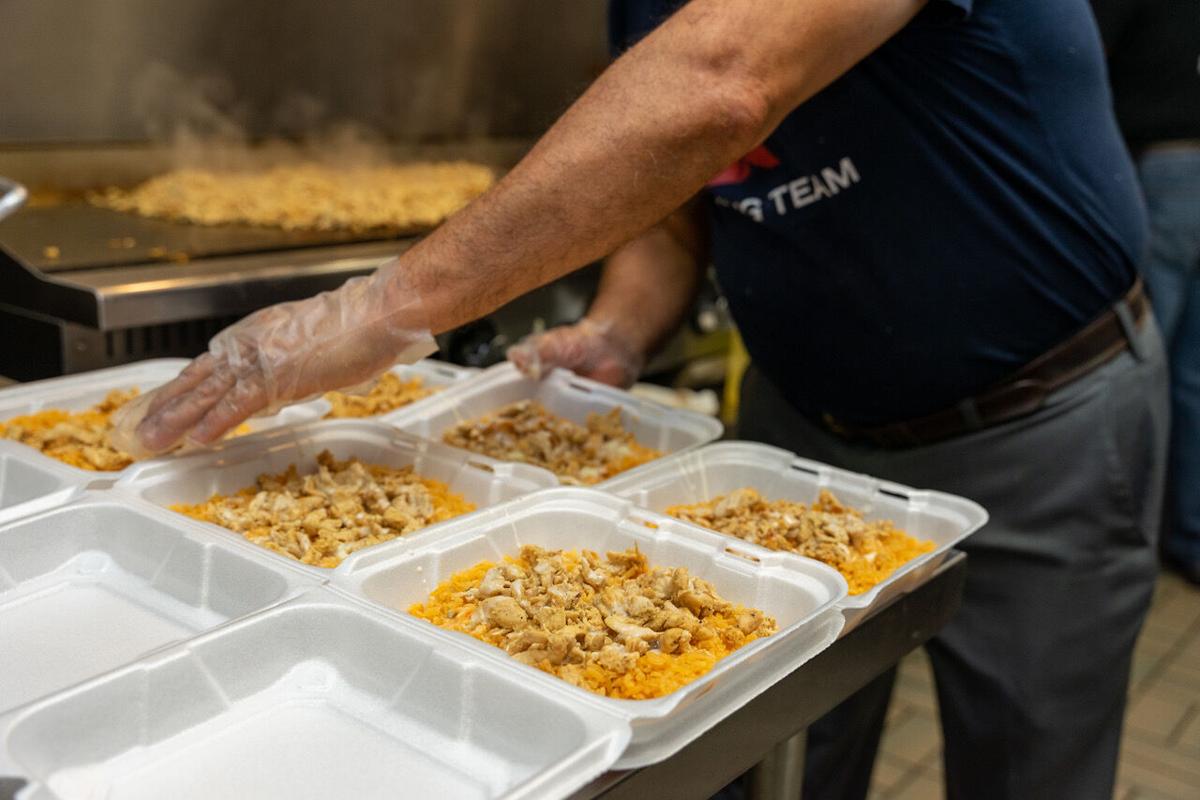 Trays of arroz con pollo are prepared at Burritos N Ribs in Troutman. 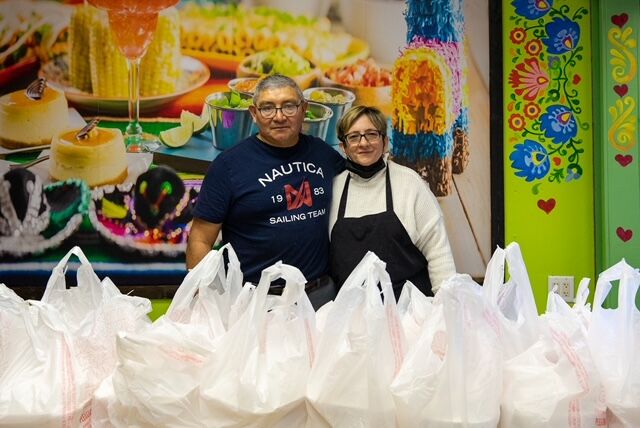 It wasn’t Taco Thursday for Thanksgiving, but around 125 people were cooked rice with chicken, also known as arroz con pollo or ACP, as Ana Johnson of Burritos N Ribs brought hope and joy to more than 100 children in group homes and some homeless families in Iredell County.

“A lot of people, they don’t have anything, So I think maybe you can make somebody believe it something nice,” Johnson said. “I want to be they’d be happy and forget about everything was going on and have some hope.

“I’m excited to be doing this and bringing people some hope.”

Johnson said she and the other volunteers that put together Thursday’s effort decided on the ACP meal as it was one of her more famous dishes and was a change of pace from the usual Thanksgiving meal.

“We put our heads together,” Mark Vaughn, an administrator at the Pressly School, said.

Vaughn said he is a regular at Burritos N Ribs as he and his wife often have “Taco Tuesday” there.

Talking to one of Vaughn’s friends, Philip Ostwalt, Johnson said while she had done a Thanksgiving meal before she wanted to make sure this year it went to those who really needed it. While Oswalt was ready to support Johnson’s efforts, he said Vaughn might better know who could use the meal.

With Vaughn knowing a number of his school’s students who live in group homes, he felt that might be a good place to serve the meals while also looking out for homeless families.

Vaughn said he spoke to the school district and worked to put together the meals on short notice, as the idea and execution took place in the two weeks leading up to the holiday. Johnson said her staff volunteered, and Vaughn and others from Pressly assisted in the targeting and distribution of the meals.

Vaughn and Johnson said that the short time they had to prepare limited the scope of this year’s meal, but they hope in the future any similar efforts they put together can grow into something bigger.

This year, though, their mission was accomplished.

“It was a great event, every group home in the county showed up. We wanted the kids know they matter and the staff working with them,” Vaughn said.

Eleven years ago, Kayla Wright competed for and won the title of Miss Statesville Carolina Princess.

A barn fire spread to a home Sunday night.

The following is a list of those booked at the Iredell County Detention Center on felony and driving while impaired charges from Nov. 18-23. L…

A Statesville woman reportedly threatened to blow up her home and nearly hit two deputies while fleeing in her vehicle, Iredell County Sheriff…

The following is a list of those booked at the Iredell County Detention Center on felony and driving while impaired charges from Nov. 10-17. L…

Larry Payne joins race for Iredell County Board of Commissioners

Larry Payne is the newest candidate to announce a run for a seat on the Iredell County Board of Commissioners, promoting himself as “the voice…

The following deeds were filed in the Iredell County Register of Deeds office from Oct. 31-Nov. 8. For more information regarding specific plo…

'Why I Love Statesville': It's where everybody knows your name

The purpose of the “Why I Love Statesville” essay contest is to promote an appreciation and understanding of the culture, history and people o…

Climate change will have profound impact in North Carolina

The Earth is warming at an accelerated pace.

Ana Johnson and Philip Ostwalt pose for a photo at Burritos N Ribs on Thanksgiving Day in Troutman.

Trays of arroz con pollo are prepared at Burritos N Ribs in Troutman.