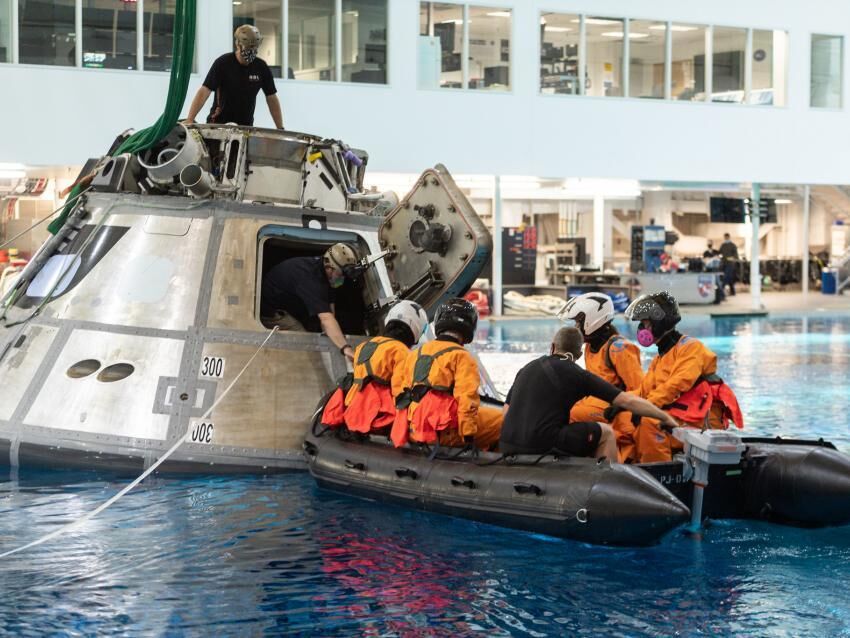 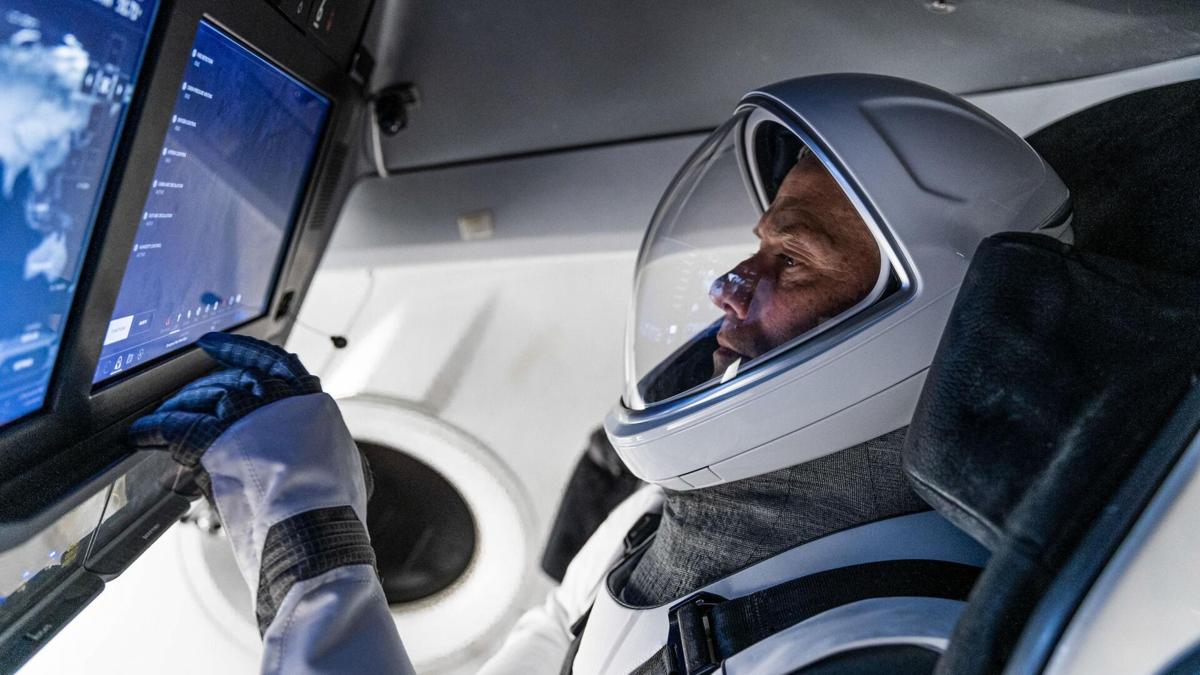 NASA astronaut and SpaceX Crew-3 Pilot Tom Marshburn is pictured in his spacesuit during a training session at SpaceX headquarters in Hawthorns, California. 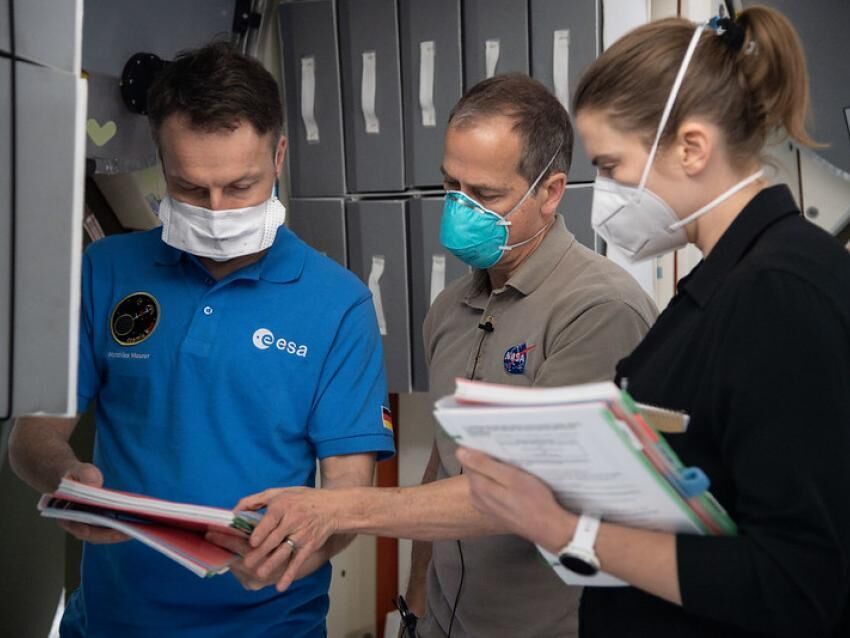 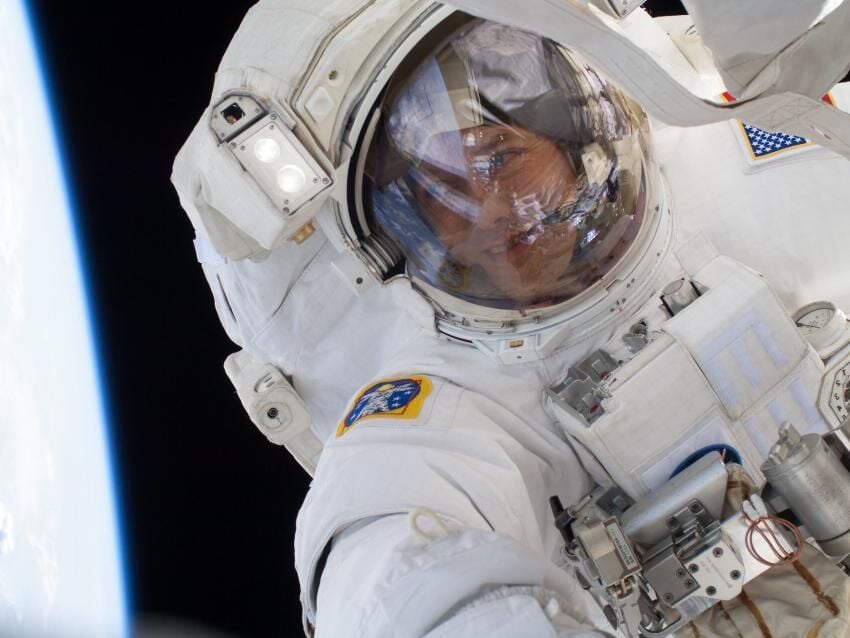 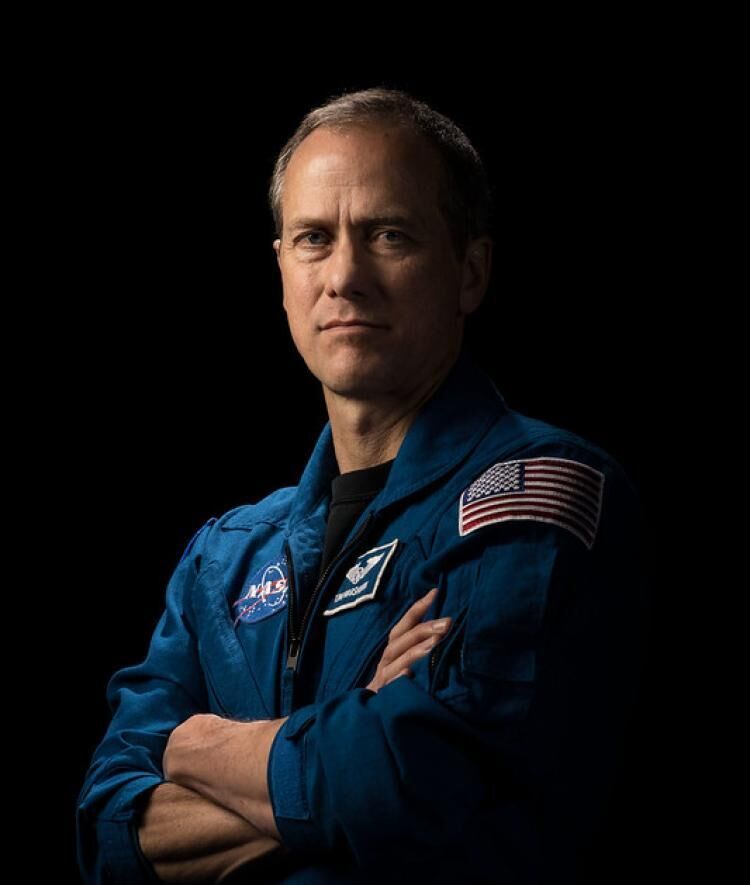 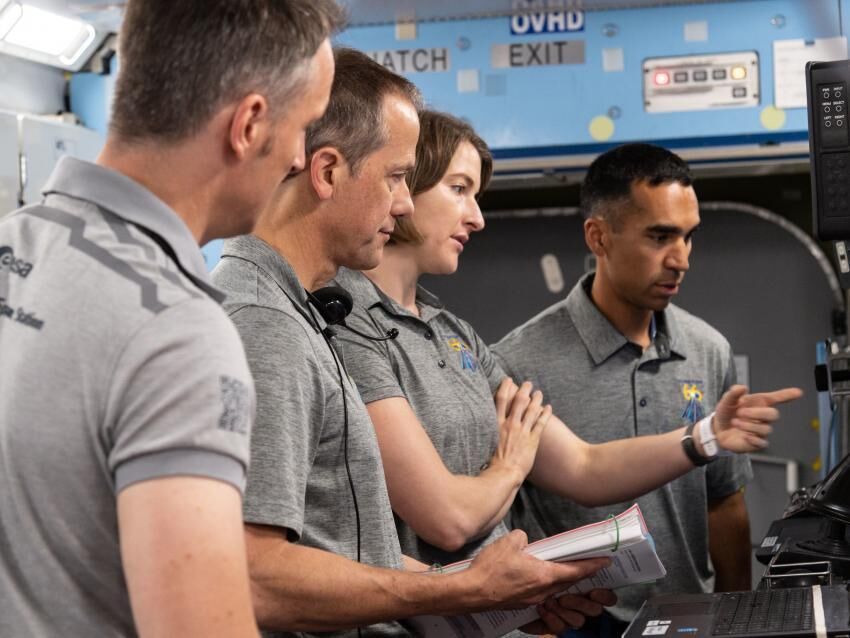 Special to the Record & Landmark from Davidson College

Statesville native Tom Marshburn reached outer space step by step. After graduating from Davidson College, he became an engineer, then a doctor, then a pilot, then a NASA flight surgeon before he got his astronaut wings.

He was nearly 50 years old with years of advanced education, multiple degrees and certifications and months of NASA training before he first flew to the International Space Station. He is slated to make his third trip in October.

Oliver Daemen flew into space in July at age 18 and one year out of high school on a ticket paid for by his multimillionaire father.

The new “Right Stuff,” as The Atlantic magazine observed, is money and luck.

The title “astronaut” mashes together the Greek words for “star” and “sailor” and for many years was awarded to a select few. The suborbital flights in July by billionaires, bidders and contest winners have rekindled the long-running debate over what constitutes an astronaut.

“Some people may still hold that if you’re not hired and trained as an astronaut, you don’t meet the definition,” said Marshburn, a 1982 Davidson grad. “That’s partly out of deference to those who have perished in space exploration. But we all have different missions. For an 82-year-old to experience weightlessness [on Jeff Bezos’s Blue Origin flight], that person is a pioneer. It’s perfectly fine in my mind to call them all ‘astronaut’ … It gives us an opportunity to talk about what the mission is, the experiments and the flight test of new vehicles.”

The original seven Mercury astronauts were Cold War gladiators pitted against the then-Soviet Union to reach the moon first. They endured the glare of celebrity, excruciating endurance tests and medical evaluations that left few parts of their anatomy unexplored. They were military officers, had flown jets in combat and hailed from the riskiest end of aviation — test pilots. They climbed aboard government rockets built with parts from the lowest bidders that, during early and unmanned flights, had an annoying tendency to explode in a spectacular fireball.

Now you can buy a $250,000 ticket to space on Richard Branson’s space plane. “Upgrade” redefined.

Daemen’s father, who founded a real estate equity firm in the Netherlands, won an auction with an undisclosed bid for the seat his son took aboard Amazon founder Bezos’s spaceship on July 20. The first winner, who remains anonymous, backed out because they had a “scheduling conflict” with the spaceflight. The other crew members were Bezos’s brother, Mark, and Wally Funk, an 82-year-old pilot who passed the astronaut tests in the 1960s but was rejected because she is a woman. The oldest and youngest astronauts flew on the same ship.

Branson, founder of Virgin Galactic, rode his rocket plane into space eight days before Bezos with three Virgin Galactic employees and two pilots on board.

This fall, Jared Isaacman, founder of payment processor Shift4 and an accomplished pilot, is paying for a flight aboard a SpaceX Crew Dragon capsule. The crew, reflecting Isaacman’s support for St. Jude’s Children’s Research Hospital, includes a physician’s assistant from the hospital and two winners of contests raising money for it.

Seatback and tray table in the upright position

“We saw this coming decades ago,” Marshburn said of the pay-to-space wave.

NASA rebuffed requests in the 1990s by Dennis Tito, an American businessman and former scientist at NASA’s Jet Propulsion Laboratory, to pay for a seat on a space shuttle. He turned to the Russians and plunked down a reported $20 million to fly aboard a Soyuz ship in 2001 to visit the International Space Station. He was the first fee-paying astronaut, and several more followed.

“The pencils started floating in the air,” Tito told CNN this summer, “and I could see the blackness of space and the curvature of the Earth.”

Whether debate or conversation, Marshburn said, ticketed astronauts stir interest in spaceflight and in the science, technology, engineering and math fields that help make it happen.

“It seems to me that college graduates are just as interested in working for SpaceX as for NASA,” he said. “I’ve talked to several Davidson students who were interested in getting involved in spaceflight.”

Flights by nontraditional astronauts invite questions of what is required, from a physics standpoint, to get into space. It’s easier to get there than to stay in orbit, Marshburn said. What is NASA doing that is different than Bezos? Among others, they’re traveling at 17,500 mph around the Earth while providing life support, energy and a heat shield for reentry.

“You can look at [Bezos’s flight] as maybe a stunt,” former Space Shuttle Commander Eileen Collins told Fox News as cameras showed the crew climbing aboard that day. “I don’t think that’s what it is. The more we fly, the safer it will get, the more we’re going to learn, the more data we collect, the more information. This is something the United States will be using to help us learn more, to go farther and do exploration better.”

Market forces are at work, Marshburn said. The capability and demand are there to reach space, but the incentive for deep space exploration remains unclear. So, NASA has contracted out lower Earth orbit while looking farther.

“NASA has a plan,” Marshburn said, “to get to the moon and Mars with the budget we have.”

He was 13 years old and pulled a book about Apollo 13 off the shelf. It chronicled the heart-racing explosion that derailed the crew’s moon landing and nearly doomed them to death in the vacuum of space. The risk and anxiety were inseparably lashed to the curiosity and possibility — and to the excitement.

“I knew I had to be part of this,” Marshburn said, recalling that moment in 1973. He is scheduled to fly to the International Space Station aboard a SpaceX Crew Dragon capsule in October.

The expansion of that opportunity to the general public is a natural cycle of history.

“Every major advance in transportation, from steamships to trains to aviation,” Marshburn said, “the wealthy buy the tickets for developing cheaper means of doing the same thing. Some day, your kids or their kids will be able to buy tickets to go into space.”

The enthusiasm is palpable from elementary schools to colleges and universities. The growth of the space industry to private companies created an array of entry points.

“There are so many opportunities, they shouldn’t feel constrained to follow an already established path,” said Marshburn who veered from physics to medicine to spaceflight.

NASA astronaut and SpaceX Crew-3 Pilot Tom Marshburn is pictured in his spacesuit during a training session at SpaceX headquarters in Hawthorns, California.