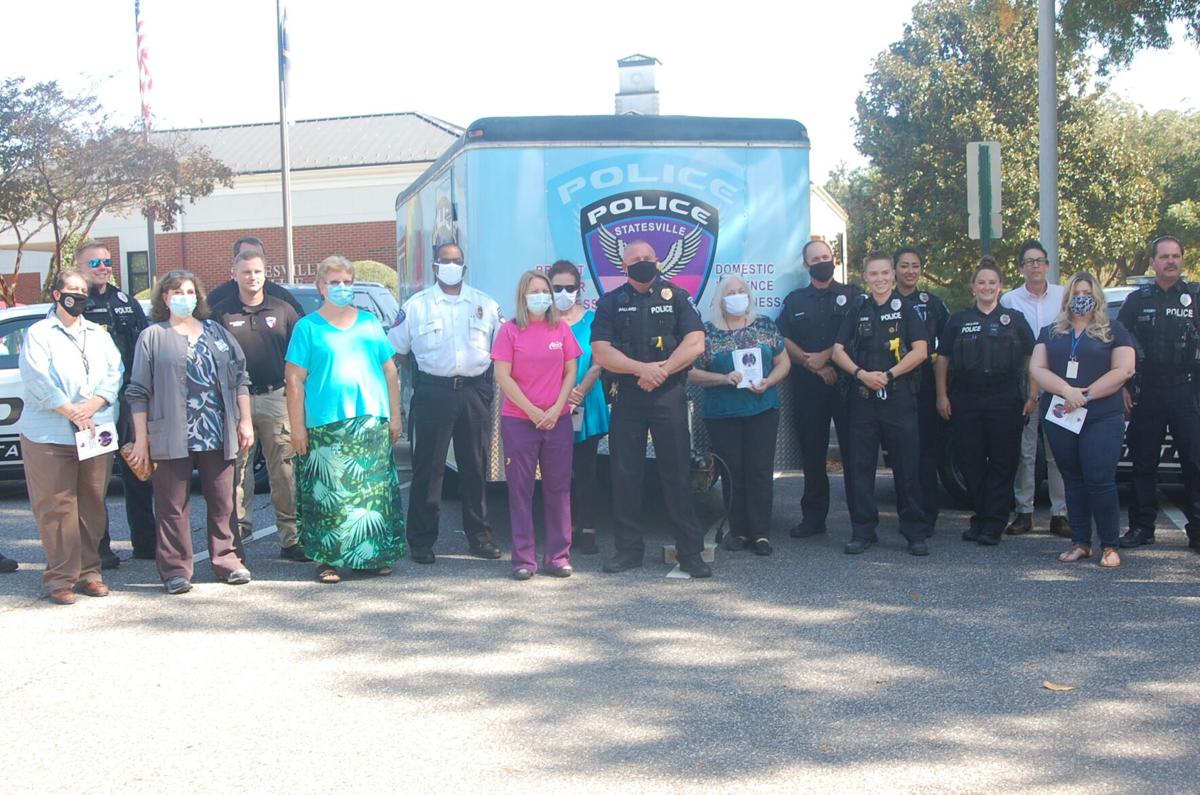 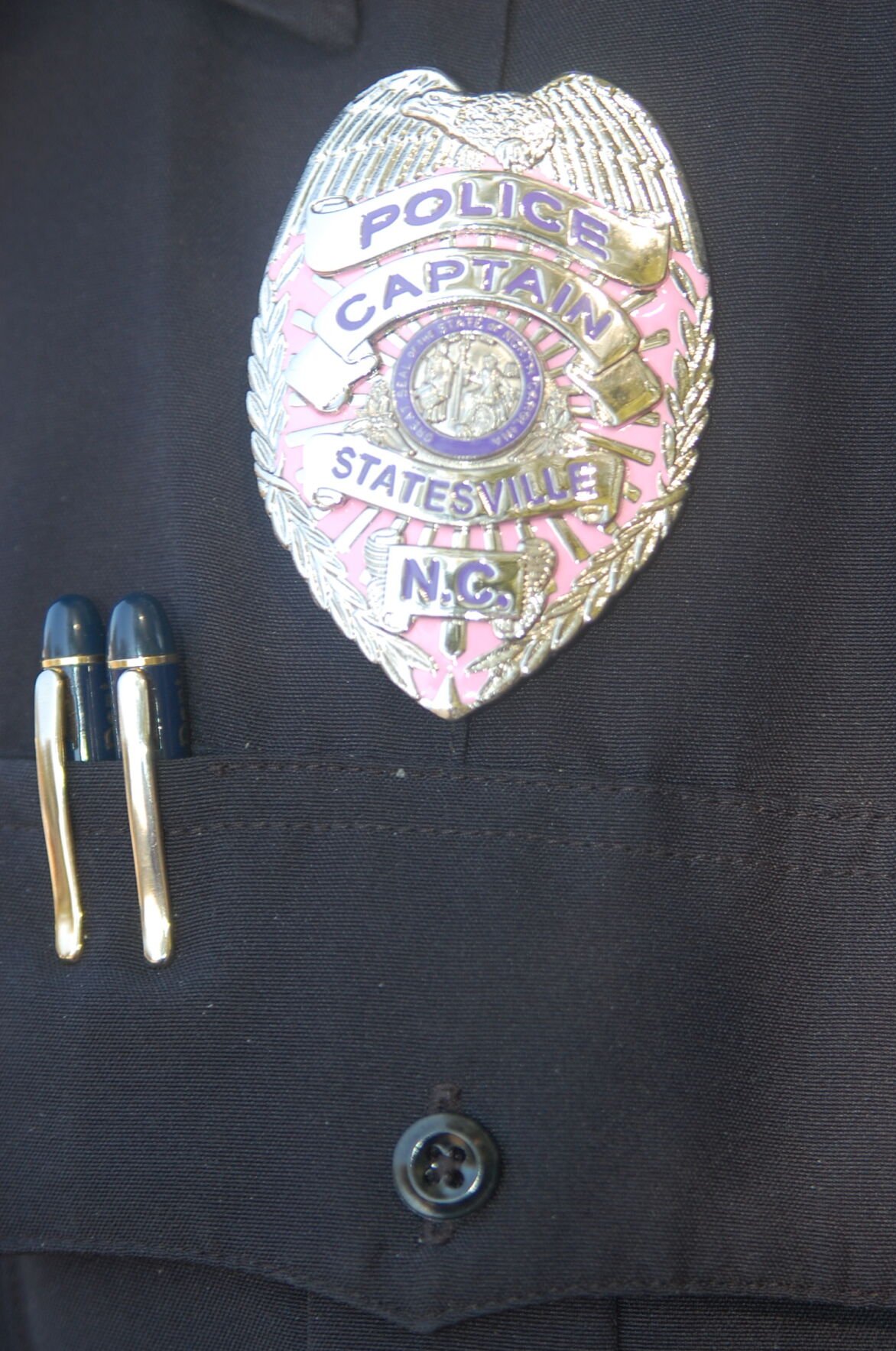 During October, some law enforcement agencies have adopted the practice of allowing their officers to buy and wear a pink badge as part of Breast Cancer Awareness Month.

The Statesville Police Department went a step further this month, opting to recognize both Breast Cancer Awareness and something they deal with every day on the job — domestic violence awareness.

Since both are observed this month, SPD Capt. Tom Souther came up with the idea of combining both — one designated by pink and the other purple — to recognize the importance of both causes. Souther said since both causes are near and dear to the hearts of officers, it was impossible to choose between the two in terms of what color to use on the badges.

The badges, with pink and purple highlights, were optional for officers to buy, Souther said. Souther opted for a silver badge with the highlights and his fellow captain, Paul Ballard, decided on the gold badge.

The idea was put into action quickly, and still 32 officers opted to take part, he said. And 10 percent of the cost of the badges will be split between local programs for breast cancer and domestic violence prevention efforts.

He said the police department believes in showing support for both domestic violence victims and breast cancer survivors and those who died as a result of the disease.

For Ballard, wearing the badge has personal meaning. His mother is a breast cancer survivor and his wife, Meredith, is the mammography supervisor at Iredell Women’s Health.

Earlier this week, several officers, representatives from both Davis Regional and Iredell Memorial hospitals, the Iredell County Health Department and domestic violence advocates, gathered for a photo at the SPD.

Souther said this year’s badges came together quickly, and he hopes with more time to plan next year, more officers will opt to buy the badges. “It’s a great opportunity to show support,” he said.

Driving down Eagle Mills Road, I had no idea what to expect.