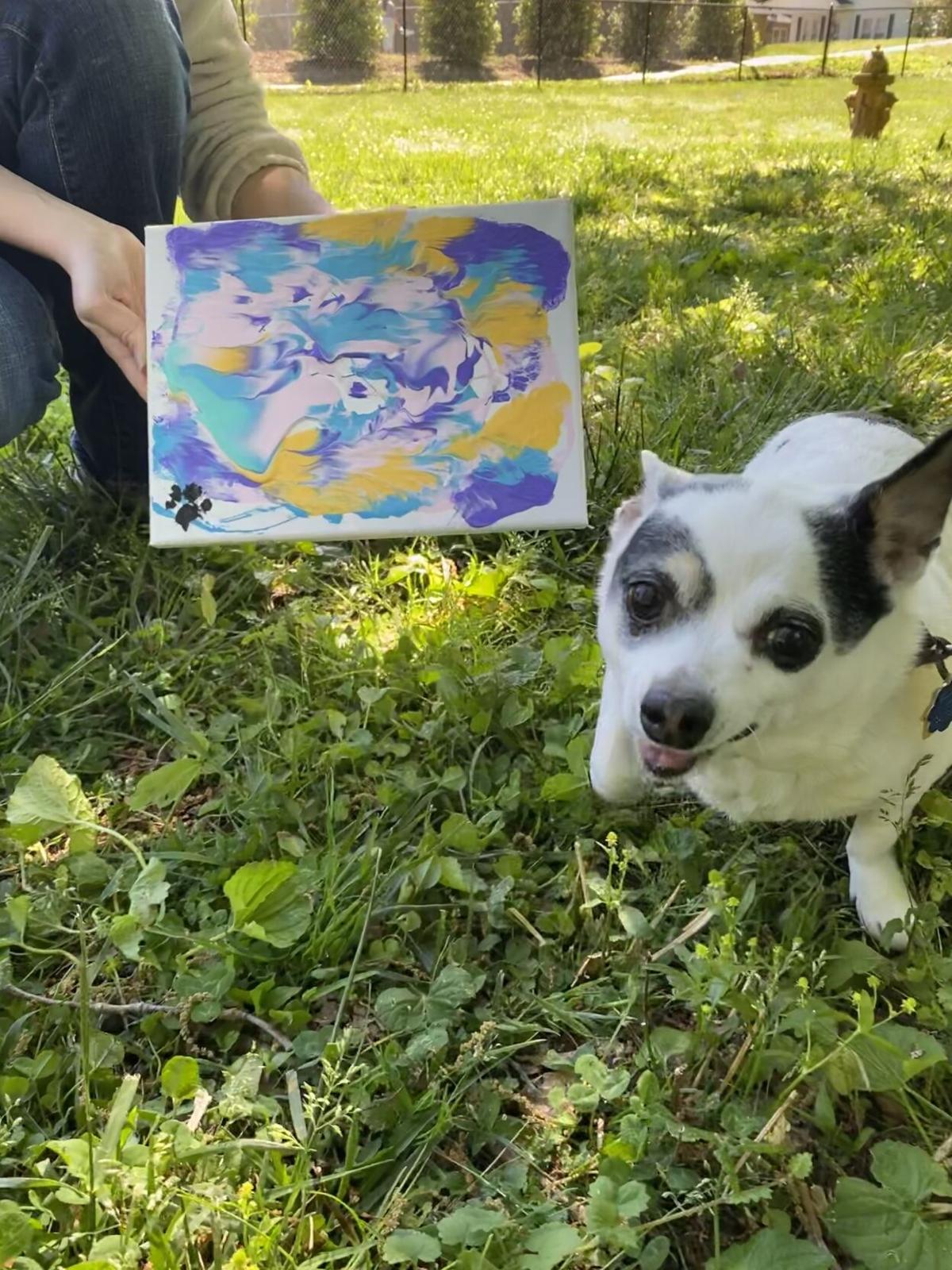 One of the dog-created artworks is shown. 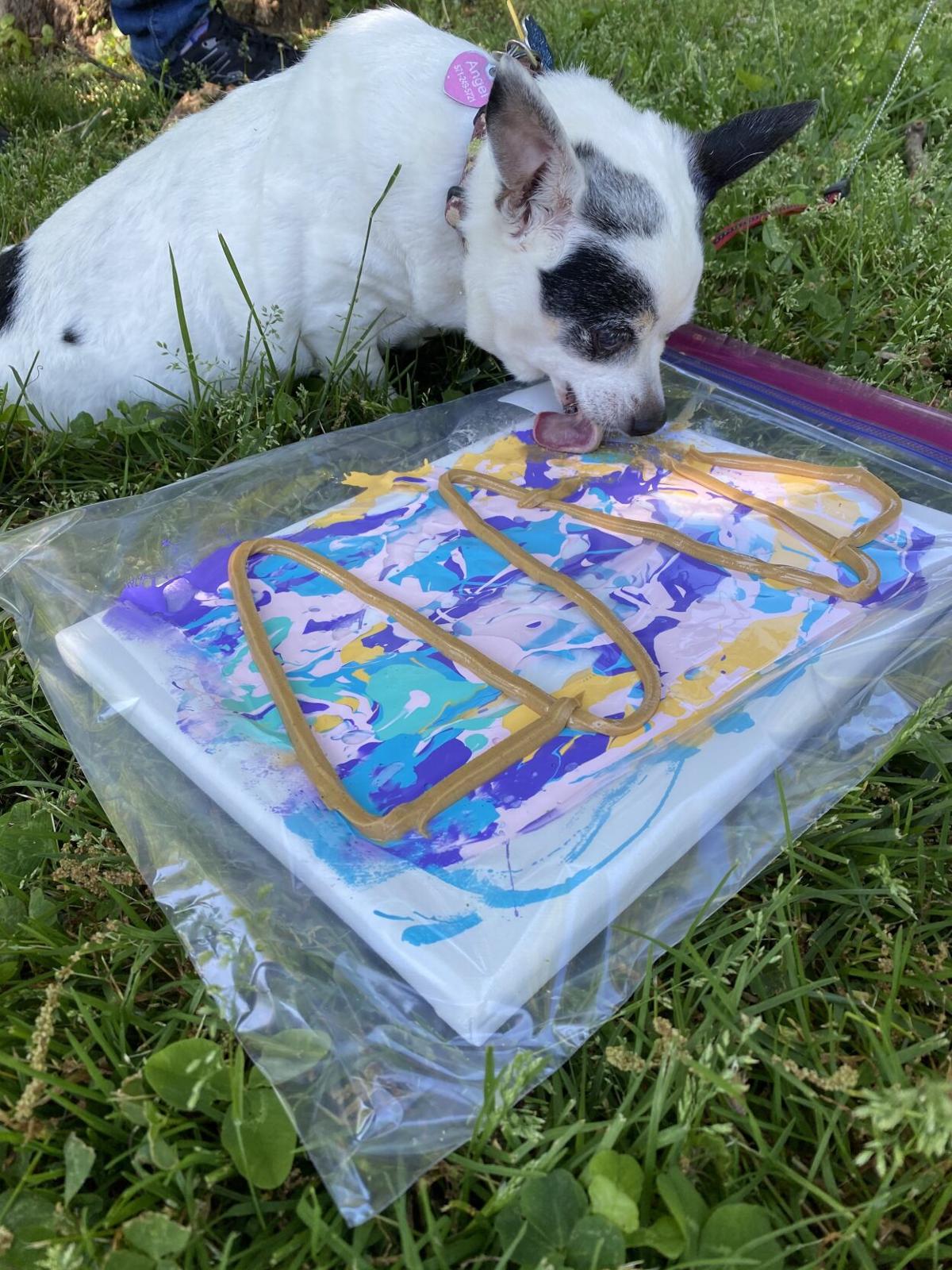 One of the participants works on a canvas. 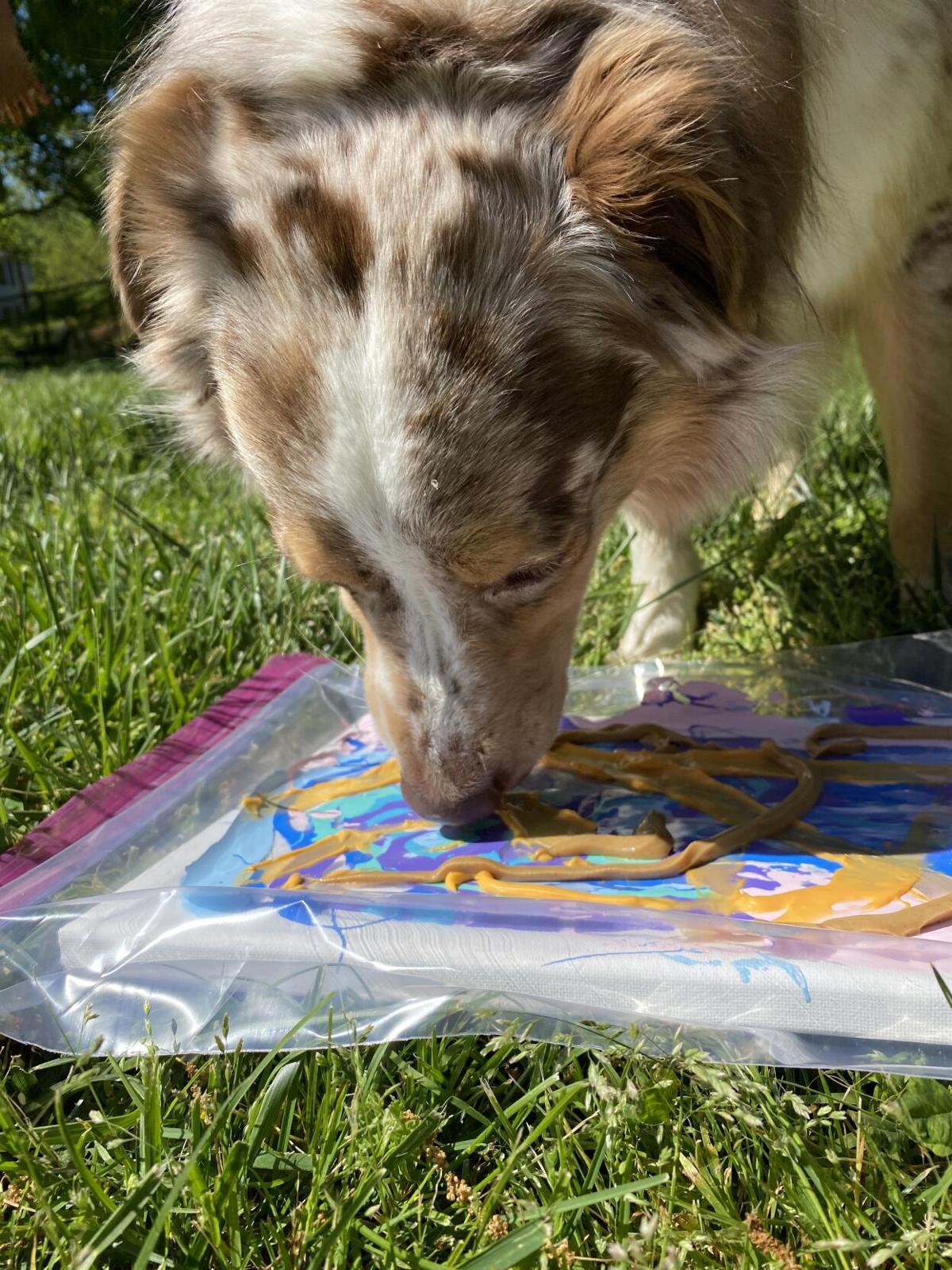 This dog is enjoying peanut butter. 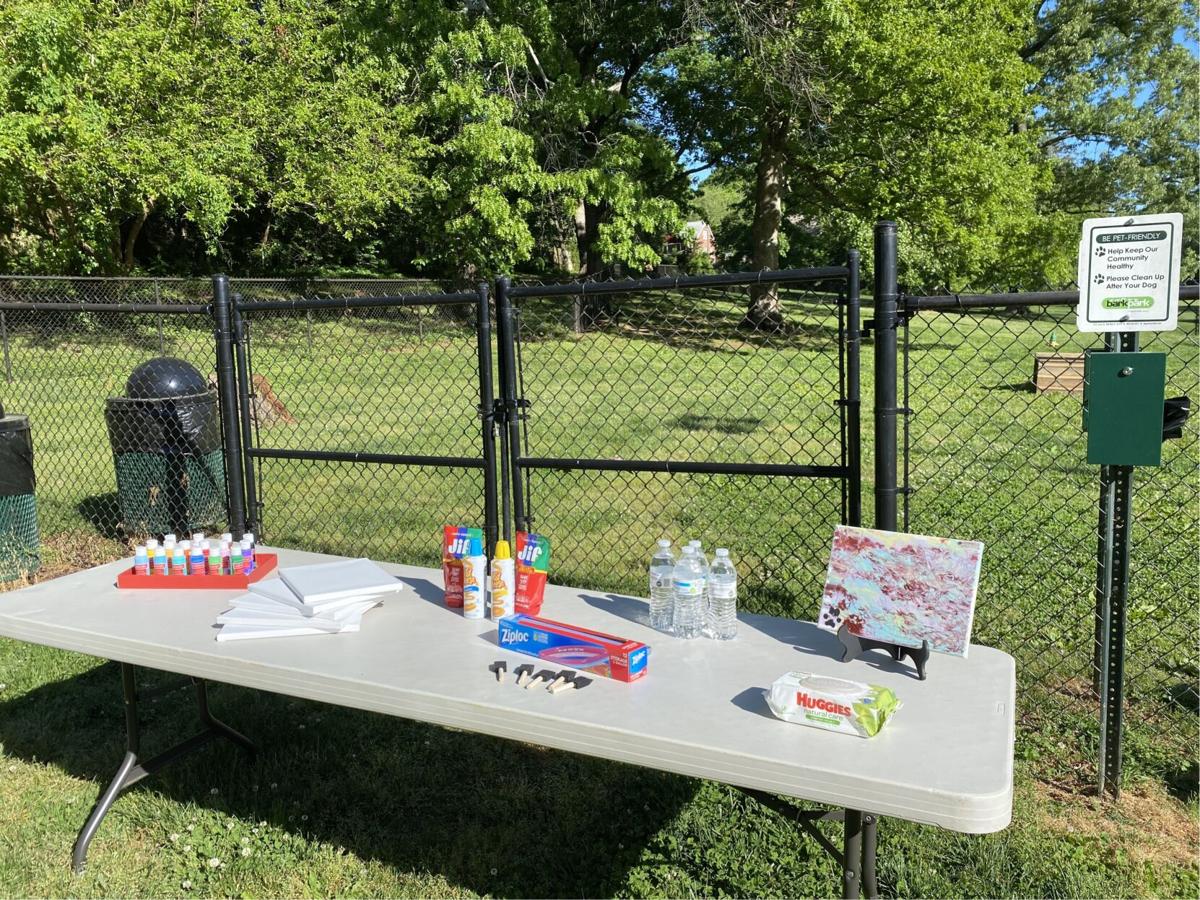 Art supplies are ready for use. 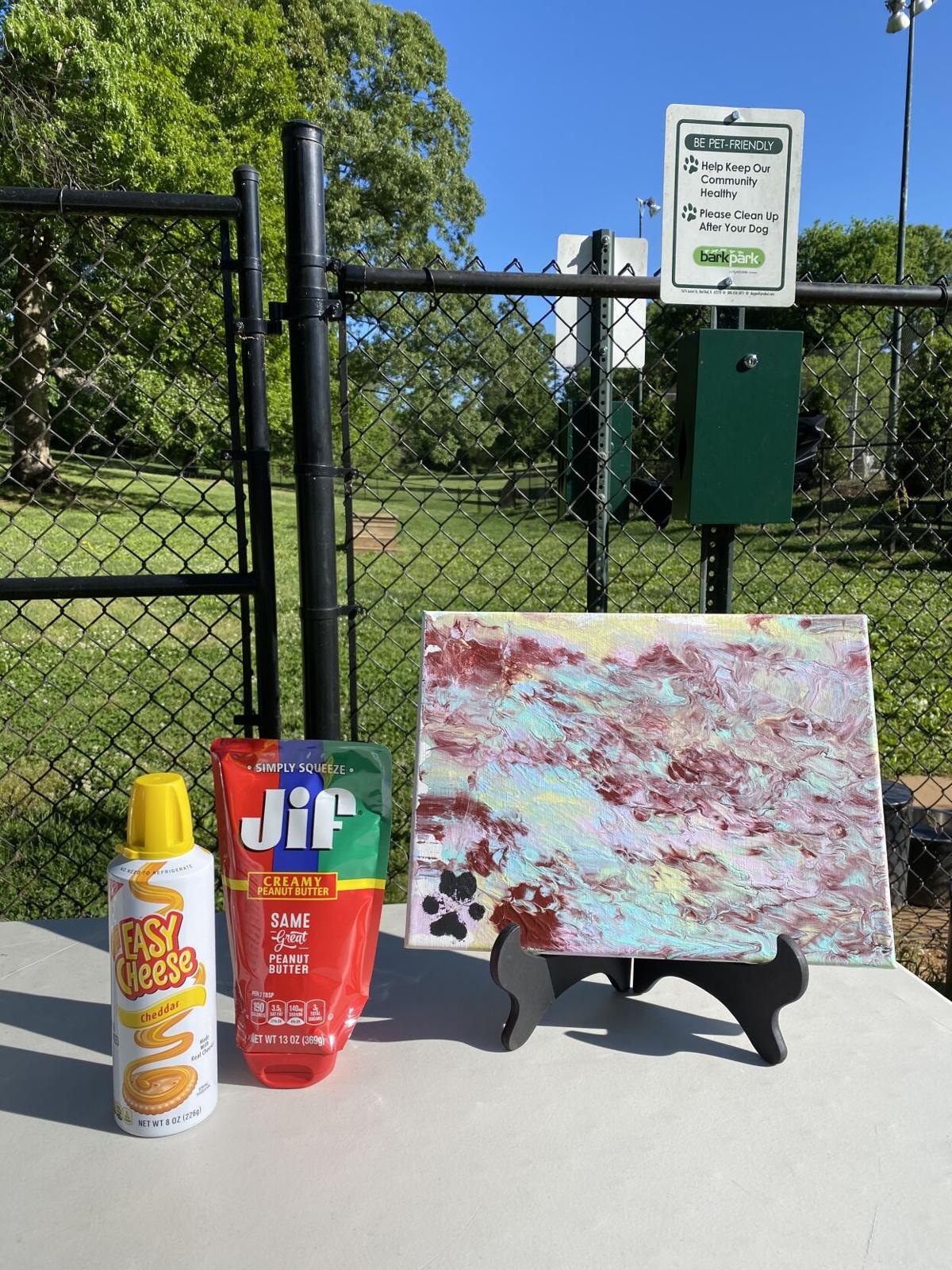 Peanut butter and Easy Cheese were used to create the masterpieces. 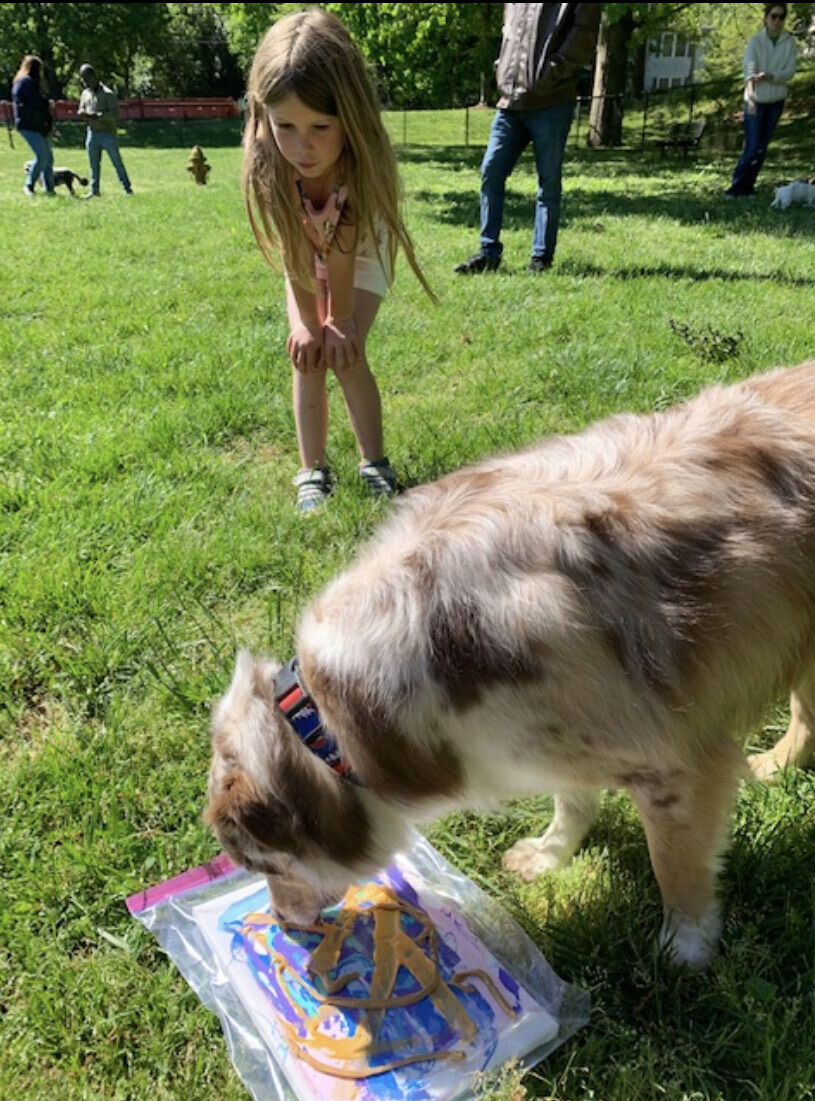 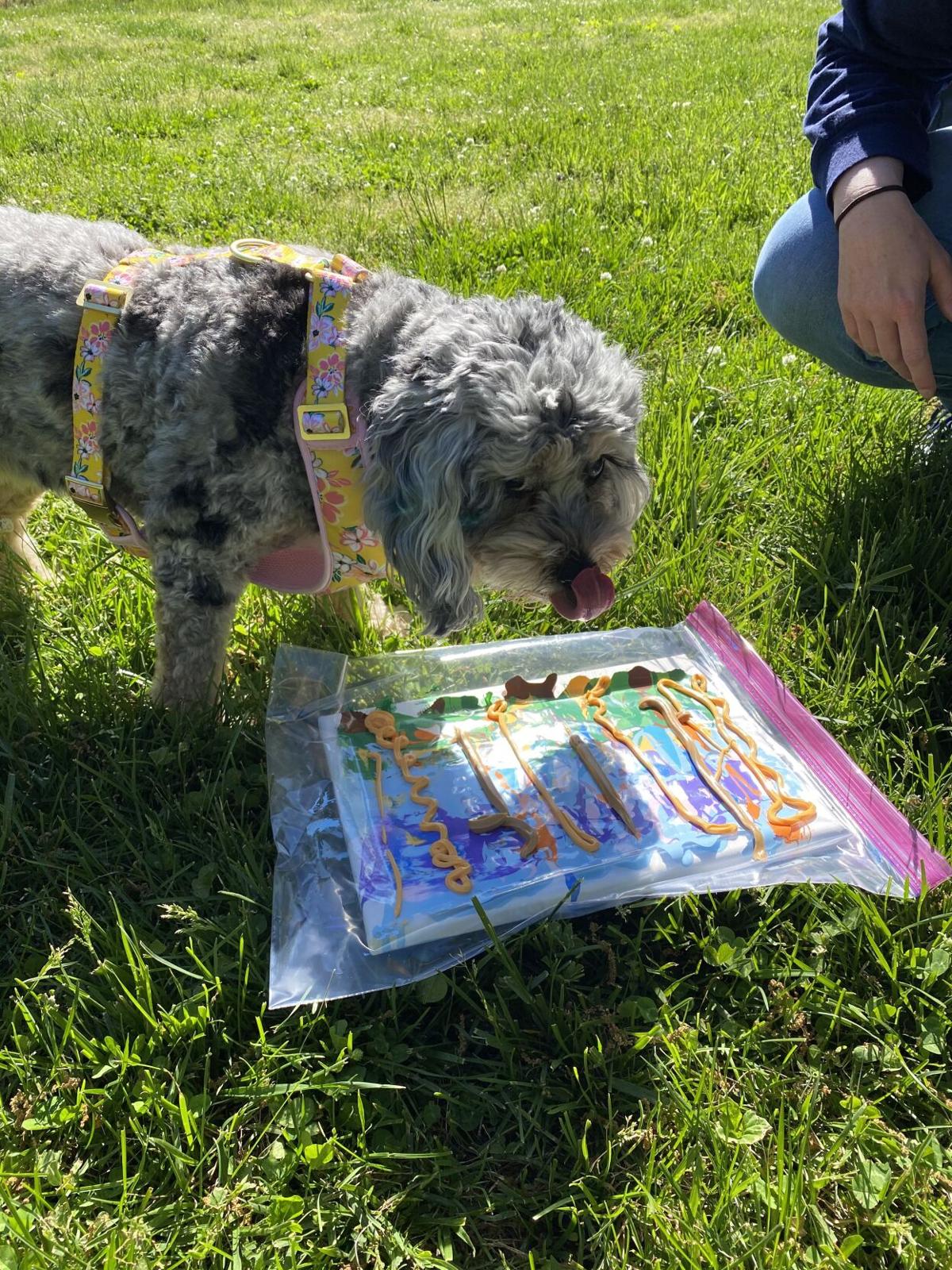 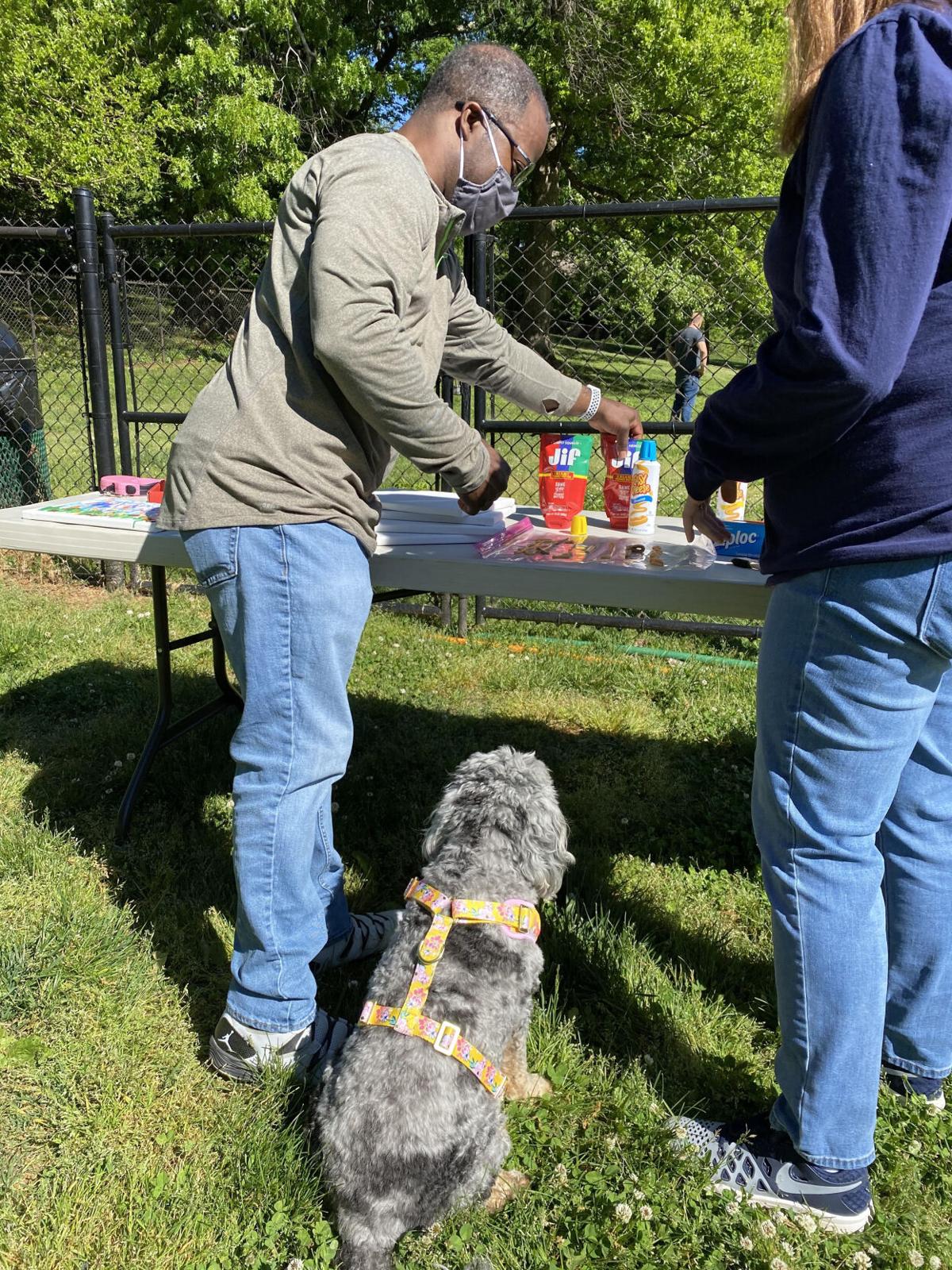 This pup waits patiently for the painting to begin.

The dogs got snacks and their owners got new artwork for their homes as the dog park at Caldwell Park became a studio for canine creativity on Saturday afternoon.

“The participants thought it was a fun idea for their dogs. A couple families also brought their children and they were able to help their fur siblings with the art project,” Kali Bailey said. She is the Statesville Recreation and Parks program director.

Easy cheese and peanut butter were put on the outside of plastic bags for the dogs to enjoy as they painted on a canvas on the inside to create their masterpieces. When they were done, the dogs signed their work with a paw print.

Bailey said she got the idea from a TikTok video.

“It was something we hadn’t done before, and I don’t believe anyone else has had an event like this one. It seemed like a unique idea and we decided to make an event out of it,” Bailey said. “Our dog park turned out to be the perfect location for the event. It was a great way to introduce people to another one of our park facilities.”

One of the dog-created artworks is shown.

One of the participants works on a canvas.

This dog is enjoying peanut butter.

Art supplies are ready for use.

Peanut butter and Easy Cheese were used to create the masterpieces.

This pup waits patiently for the painting to begin.