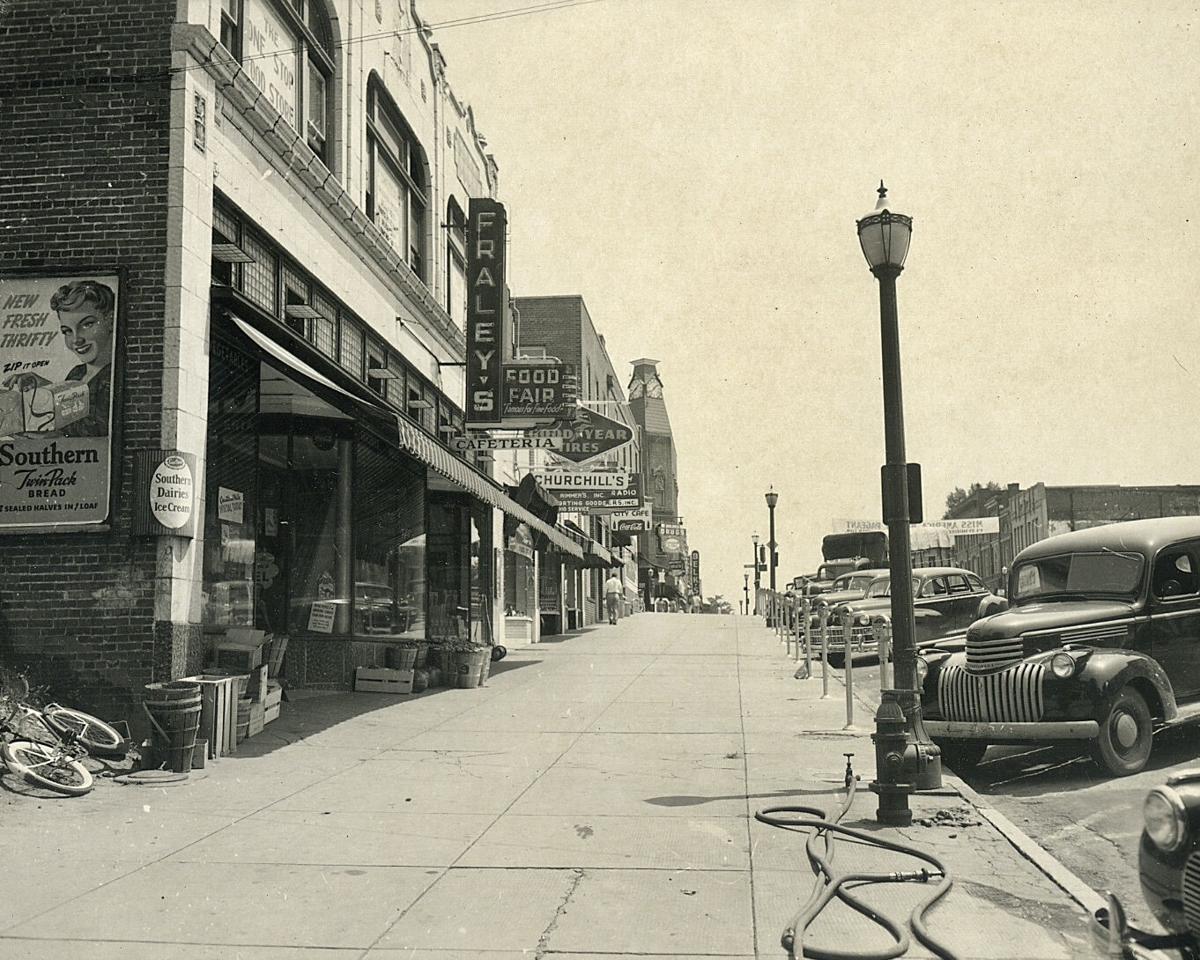 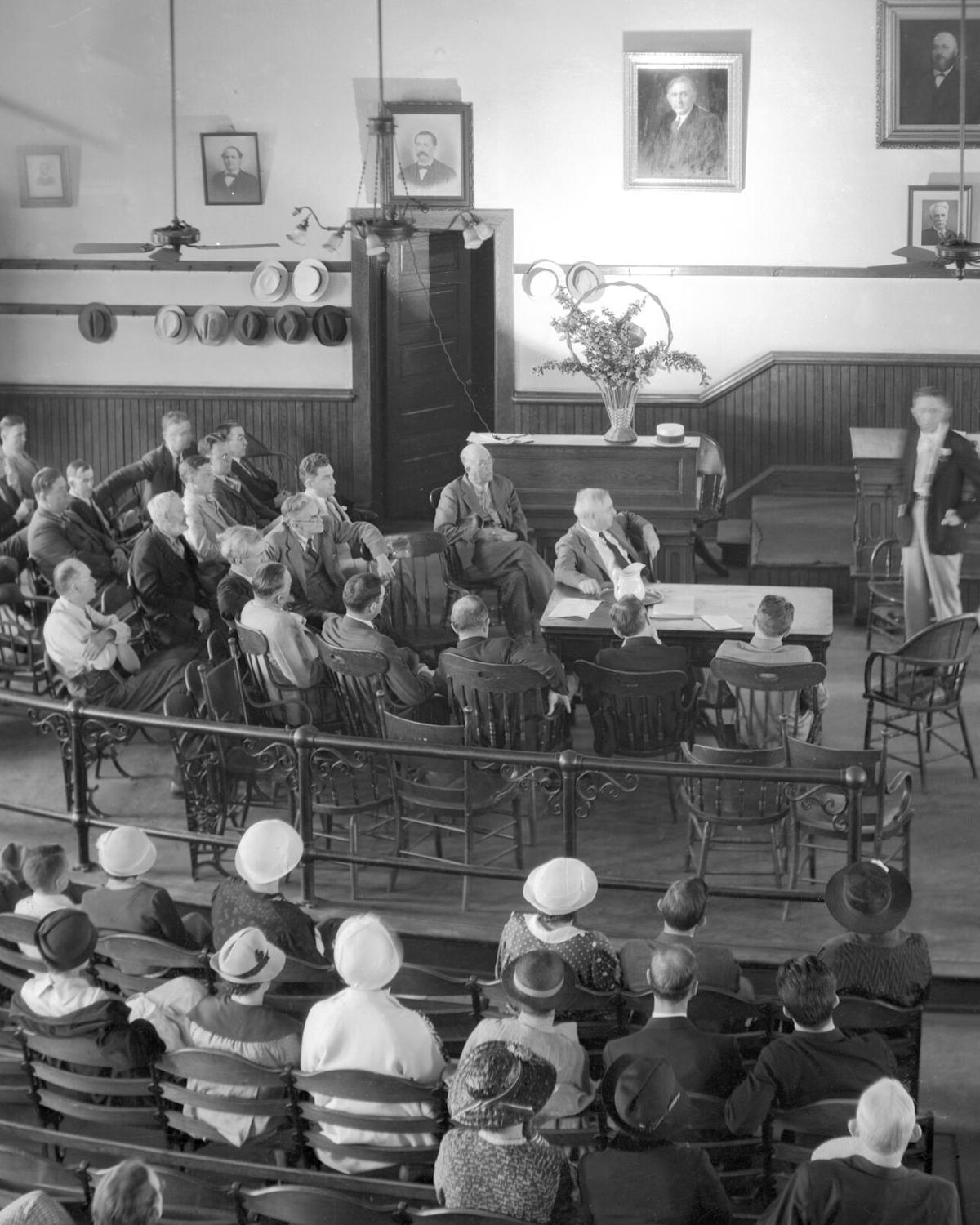 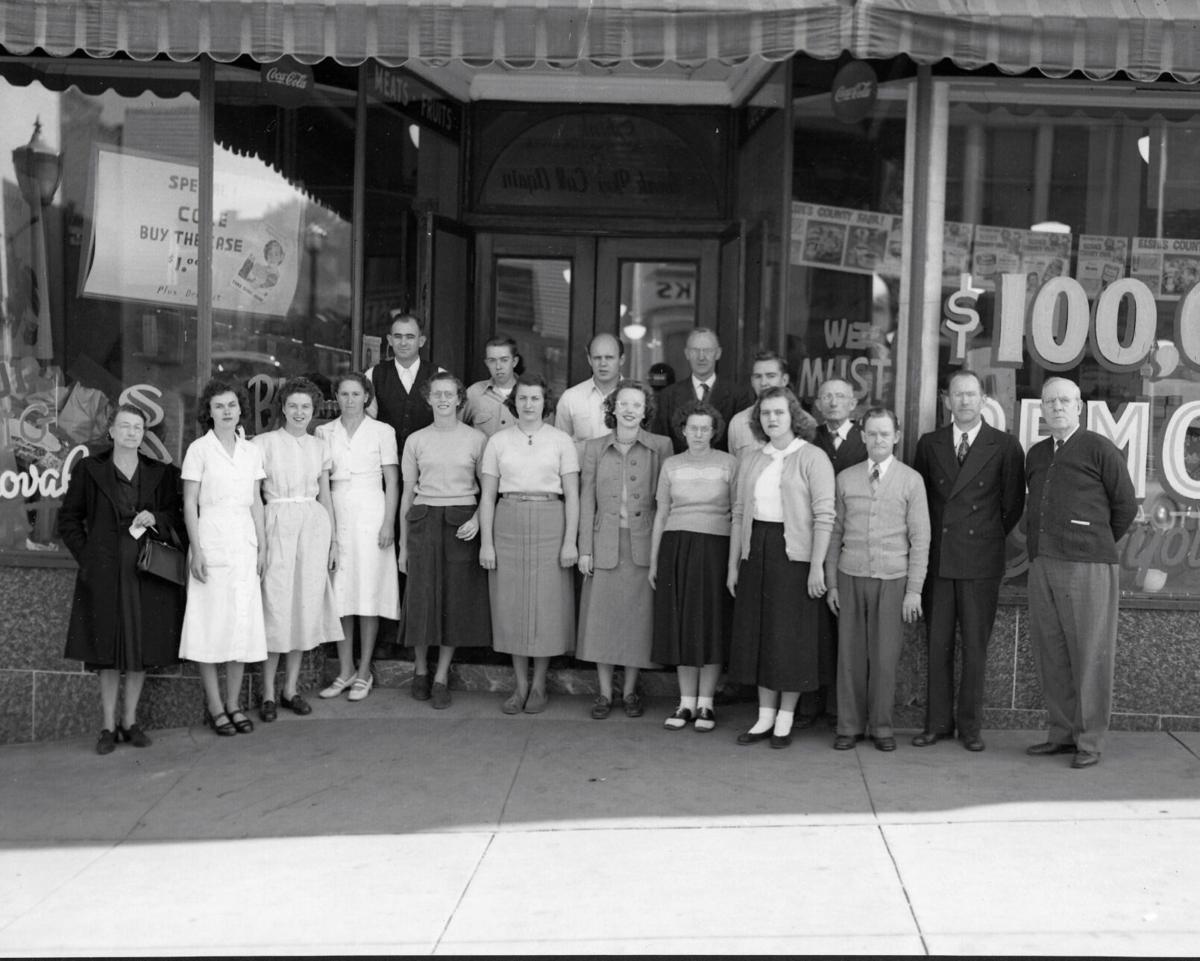 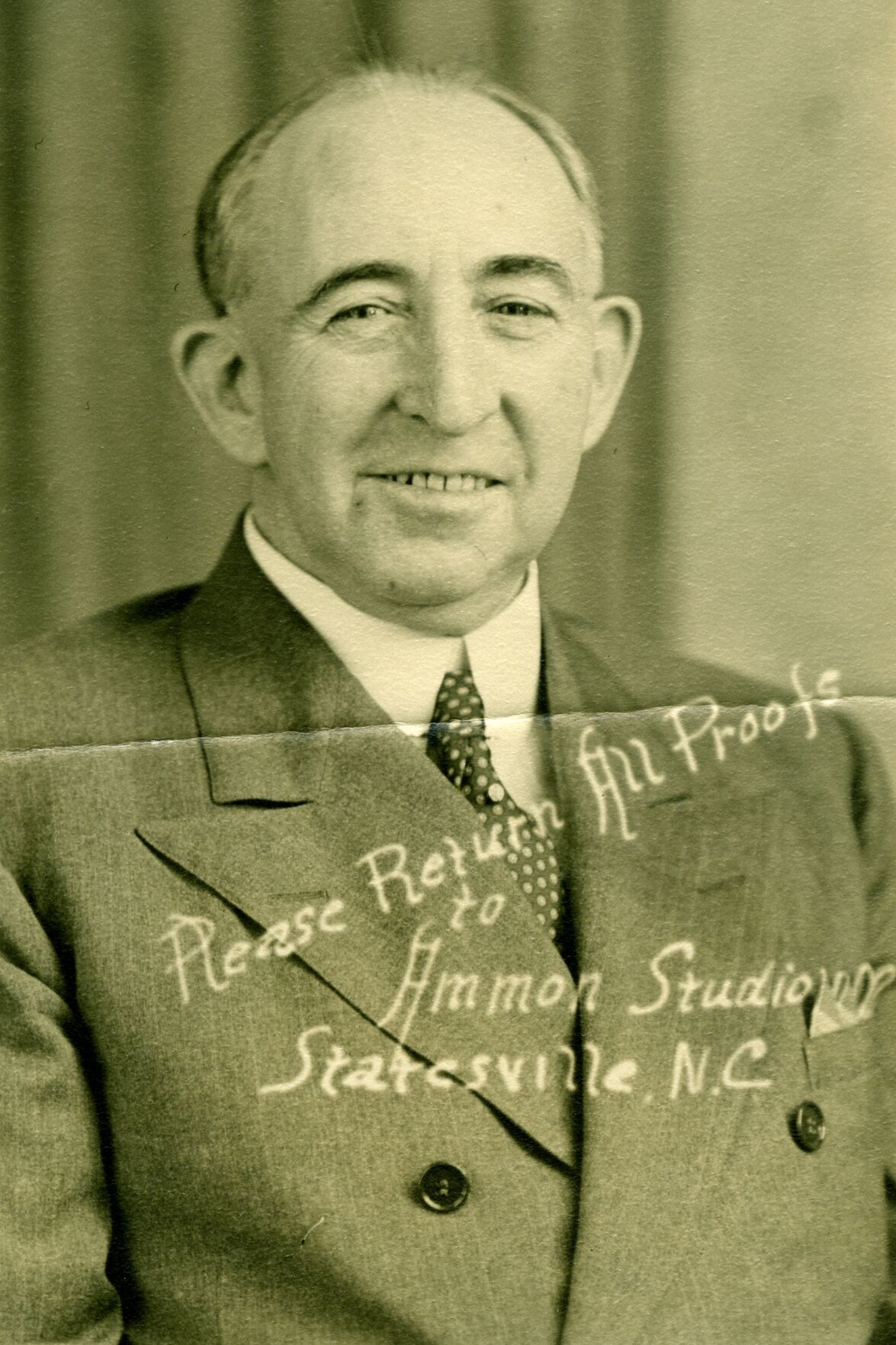 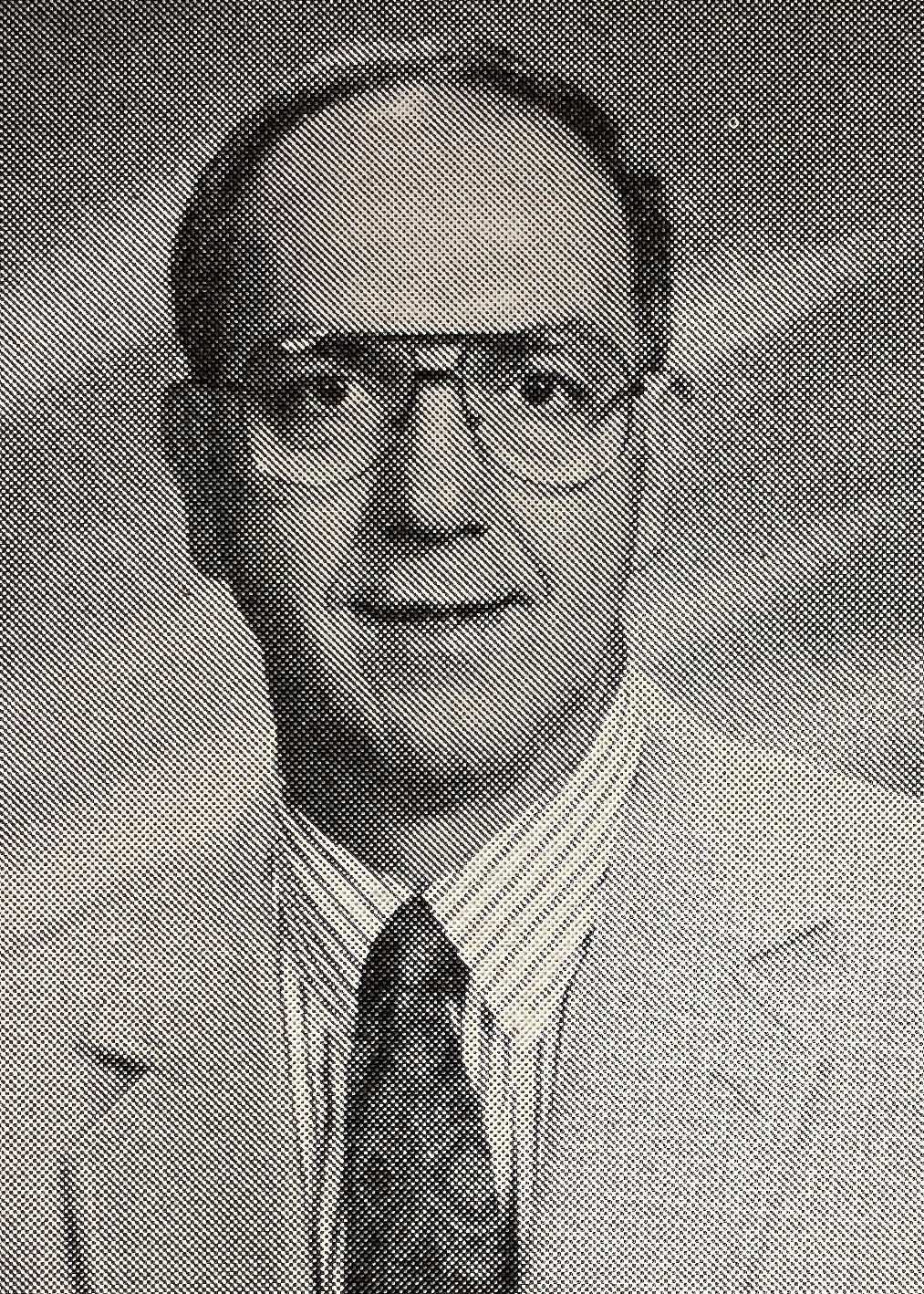 “On Sunday, Oct. 13, Rev. Grant Sharp will preach his last sermon as pastor of First Presbyterian Church in Statesville and will end a 37-year career as a minister of the Gospel. He ends his pastorate at First Presbyterian in the same church in the same month he began it. Mr. Sharp assumed his duties here in October 1962.” (10/11)

“The beginning of another streak? After losing four consecutive to West Iredell, the Raiders of North Iredell posted a second straight win over the Warriors, 19-0 Friday night. The effort was total for the winners. “Our kids played with so much heart tonight” North Iredell head coach Charles Love said. “We threw a shutout tonight, and for that I’m proud. The preparation this week was great.” (10/12)

“Statesville Kiwanis Club was officially chartered on Oct. 3, 1921. George A. Seiig, representing Kiwanis International, was the organizing officer. Official attendance records for the club began on Oct. 4, 1921. The club received its charter on Nov. 18, 1921. Kiwanis International was organized in Detroit, Michigan, on Jan. 21, 1915. The local service organization had its beginning when W.M. Barringer visited his daughter in Spartanburg, S.C.” (10/13)

“Photo: Lynne’s Specialty Shops has moved to its new location at 116 E. Broad St. It was previously located on North Center Street. Owner Lynne Pope offers a varied selection of stationary and accessories, wedding items, and gifts. A full printing service is also available for all occasions. Store hours are Monday through Friday from 10-6 and Saturday from 10-2.” (10/14)

“Saturday, Oct. 29 is the kickoff day for wiring schools in the Iredell-Statesville system for connection to the internet. Several schools will be participating in the event, which is part of N.C. NetDay ’96, a statewide initiative to wire all schools at no cost to taxpayers. Volunteers from the school and community will run wires in the buildings; and businesses and organizations are making contributions of wiring kits and money as well as donating time and labor.” (10/15)

“Photo: Janie B. Summers won’t fall victim to the flu bug this winter season, She, along with hundreds of other Iredell County folks, received an influenza vaccination during a clinic set up by the Health Department. Flu and pneumonia clinics are scheduled for Oct. 18 (Council on Aging, Statesville), Oct. 24 (War Memorial), Oct. 25 (Council on Aging), Nov. 1 (Harmony United Methodist Church) and Nov. 8 (Council on Aging) from 8:30-11:30 a.m. and 1-4:30 p.m. The flu vaccine costs $8 and the pneumonia vaccine $13.” (10/16)

“The first session of Superior Court to be held in the county’s new Hall of Justice opened this morning at 10 a.m. with Judge Robert A. Collier, Jr. presiding. Judge Collier was holding pre-trial conferences and hearing motions in civil cases late this morning. (10/11)

City school board & city govt. to finish sidewalks between A.D. Rutherford Elementary & Salisbury Rd. “The city had proposed that if the school would pay for the materials needed, the city would provide the labor. It was estimated that the cost would be about $425.” (10/12)

James E. (Jimmy) Brawley named Merchant of the Year by Mooresville Merchants Assn. “Brawley, who has been manager of Blackwelder’s Furniture Store here for the last 25 years, said the presentation was a ‘complete surprise’ but one that was heartily appreciated.” (10/13)

“State Sen. Norman H. Joyner, R-Iredell, told students at Mitchell College he plans to seek the post of lieutenant governor. Joyner, who was first elected to the state Senate in 1968, said he wished to see at least one Republican in the high echelons of state government.” (10/14)

“The final session of court in the Iredell County Courthouse was concluded at 4:30 p.m., Thursday. District Court Judge Preston Cornelius adjourned the session sine die in the old building with only a few spectators and officials present. There were no ceremonies — no speeches, just the end.” (10/15)

“The 900 odd miles of rural roads have been sanded and in some instances crushed stone has been added. Last year the county roads were in the worst condition in years due to the prolonged bad weather and schools were forced to remain closed for long periods.” (10/11)

Office of Price Administration. “All rents in Iredell, Rowan and Davidson counties will be ‘frozen’ on November first. Rents must be ‘rolled back’ to the level of July 1, 1945. It will be illegal for landlords to collect more rent after November 1 than was collected from the same quarters 16 months ago.” (10/12)

“Charlie Walters, radioman 2/c, telephoned his parents from Oregon last night, advising them of his return to the States after a tour of duty on and about Bikini. Walters has been in Navy service for two years.” (Witnessed 2 A-bomb tests there earlier in the summer.]) (10/14)

“Barron K. Grier, who has been chairman of the Navy Department’s board of contract appeals, revealed that he would resign and return to the practice of law here. Coming to Washington in 1941 as clerk of the House Ways and Means Committee, Grier entered Navy service in 1943 and was separated last January.” (son of Mr. and Mrs. H.P. Grier) (10/15)

“Signs of Christmas are already appearing in Statesville stores. It has been predicted that shopping will be done earlier this year than ever before, and with gifts already appearing for selection, it is evident that the merchants share this belief.” (10/16)

“Policemen were required to restore order at one point in today’s sale at Fraley’s food fair on North Center Street, where the management had placed hard-to-get items on display as a part of an anniversary feature. No serious injuries were reported.” (10/17)

Percy Sherrill & Lucy Hartsell marry at Troutman: Mr. Sherrill was an expert gunner in the A.E.F. and served through the full period of the strife. His bride is a worthy young woman who took a mother’s place in the home at the age of thirteen.” (10/13)

Harmony. “The rural mail carrier on Route No. 1 from Harmony, Mr. J.V. Baggarly, made his first trip carrying mail in his machine last Monday. What a wonderful improvement over the slow, tiresome way by horse and buggy! Some day those of us who are living will receive out mail by aeroplane.” (10/13)

“The village of Loray, about six miles north of Statesville, now has electric light and power connection with Statesville. The ‘juice’ line was run there to furnish power for a gin and several business houses are now using the electric lights.” (101/17)

“Reuben Campbell has received his discharge from the United States Navy and arrived home yesterday. He is with his parents, Dr. and Mrs. Arch Campbell.” (10/17)

“The first real frost of the season was in evidence Friday morning.” (10/17)

“The Republicans are to raise a McKinley flag. They have the pole ready and the excavation made. The flag was ordered by Col. H.C. Cowles and is here. It contains the names of McKinley and Hobart. The flag will be raised Saturday.” (N.J. Republican politician Garret Hobart was William McKinley’s running mate for VP.) (10/13)

“The delightful little comic opera, ‘H.M.S. Pinafore,’ the brightest and most popular of all of Gilbert and Sullivan’s creations, was sung by local talent at College Hall last Friday night, to an audience which nearly filled the room.” (10/13)

“Mr. John H. Gray, of the railway mail service, came in from Washington Friday to register. He returned Saturday night.” (Registration books only open on Saturday.) (10/13)

“An effort was made Wednesday to raise the McKinley pole but when it was gotten up some distance it fell and broke in two, whereat the small boys, who had gathered to see the show, jeered mightily and various grown-up people snickered immoderately. Yesterday another effort was made, and this time it was successful. Mr. J.L. Russell, who put it up, says it is about 100 feet high.” (10/16)

State Fair in Raleigh next week. “The railroads will give reduced rates. On the 21st and 22d round trip tickets will be sold in Statesville, good till the 27th, for $3.80 — including one admission into the fair.” (10/16)