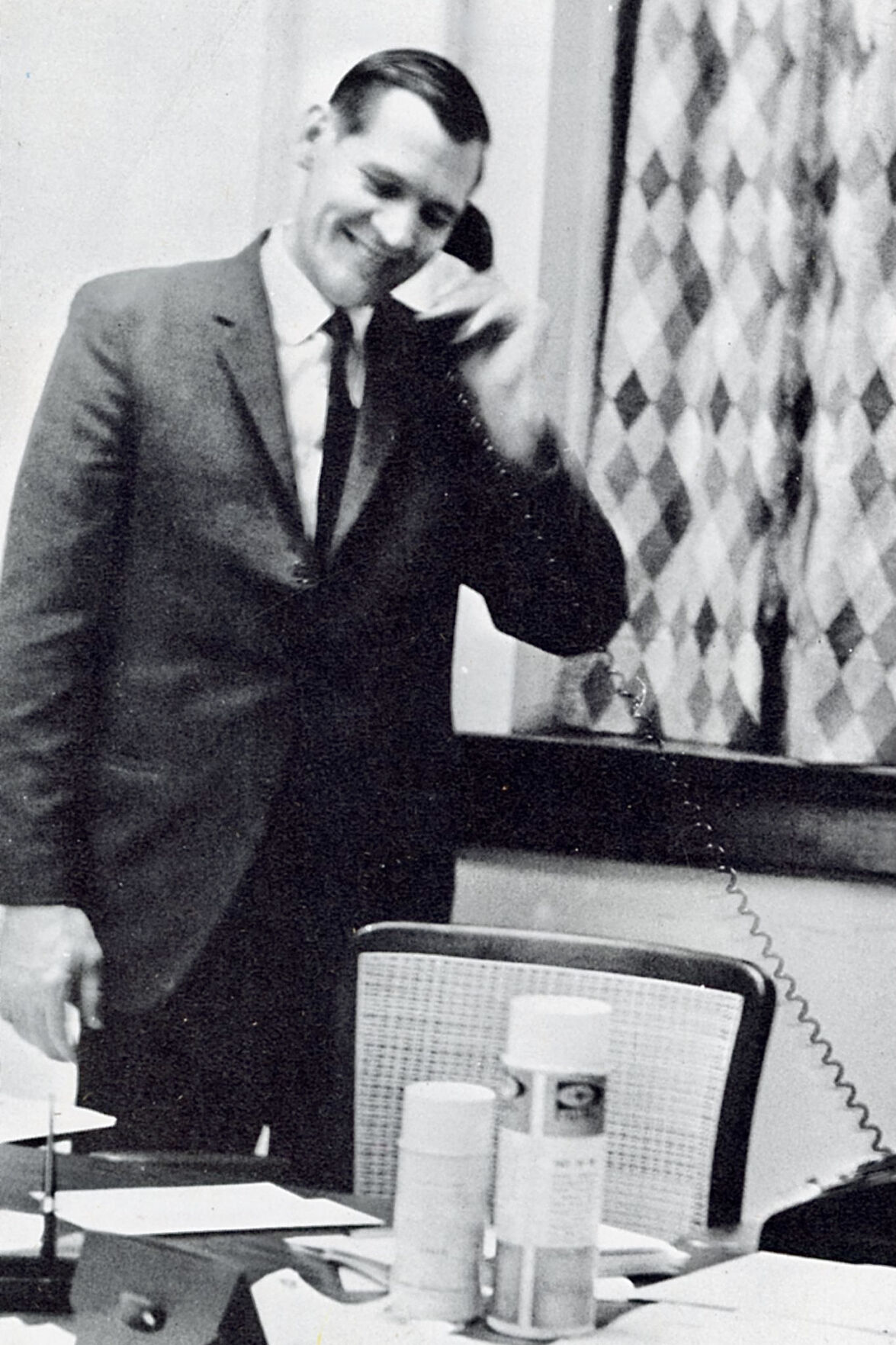 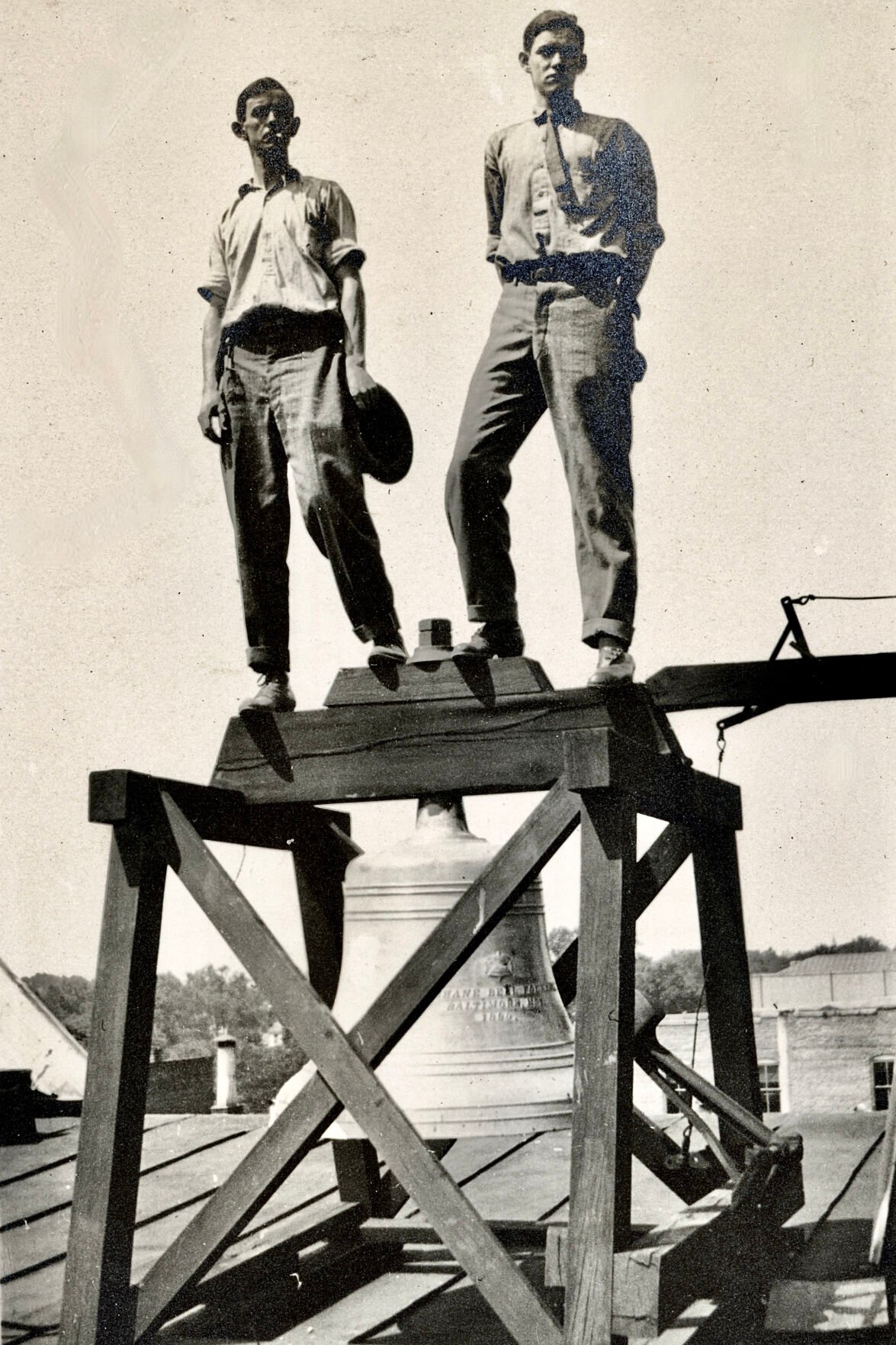 The town bell on the roof of the “clock building” on the square was sold for scrap during World War II. 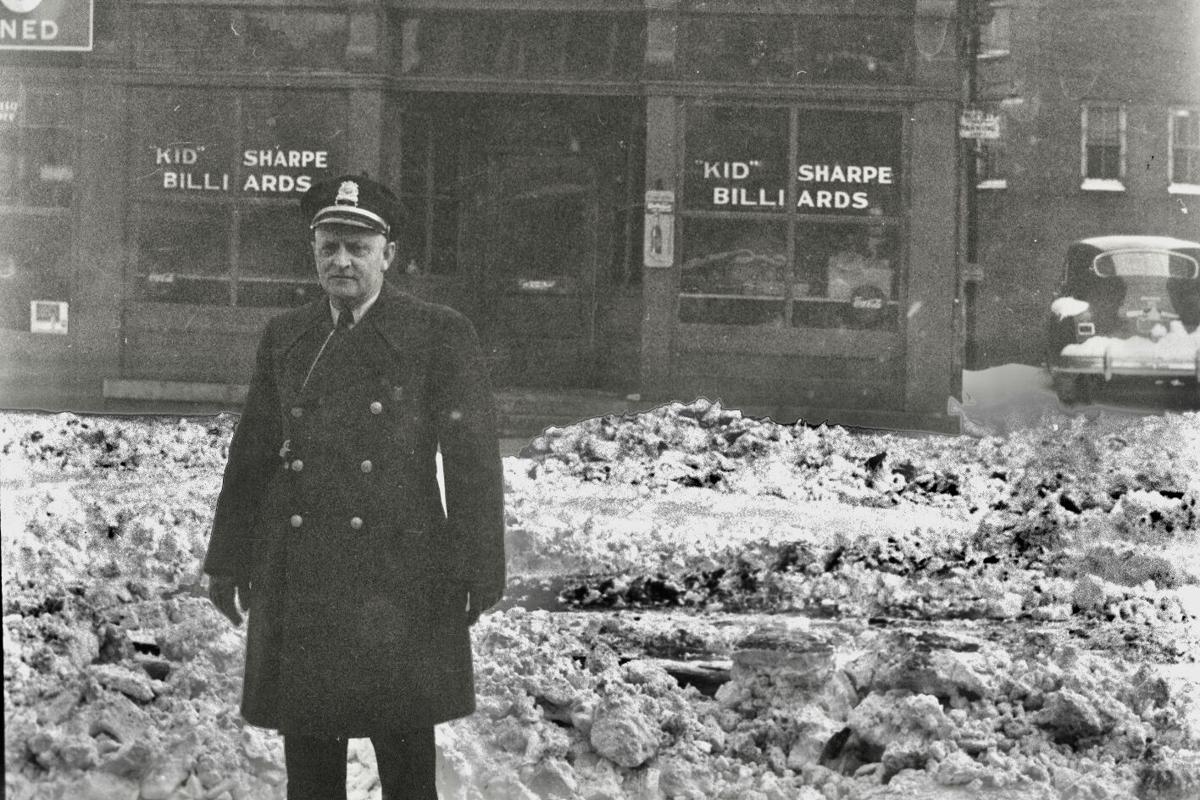 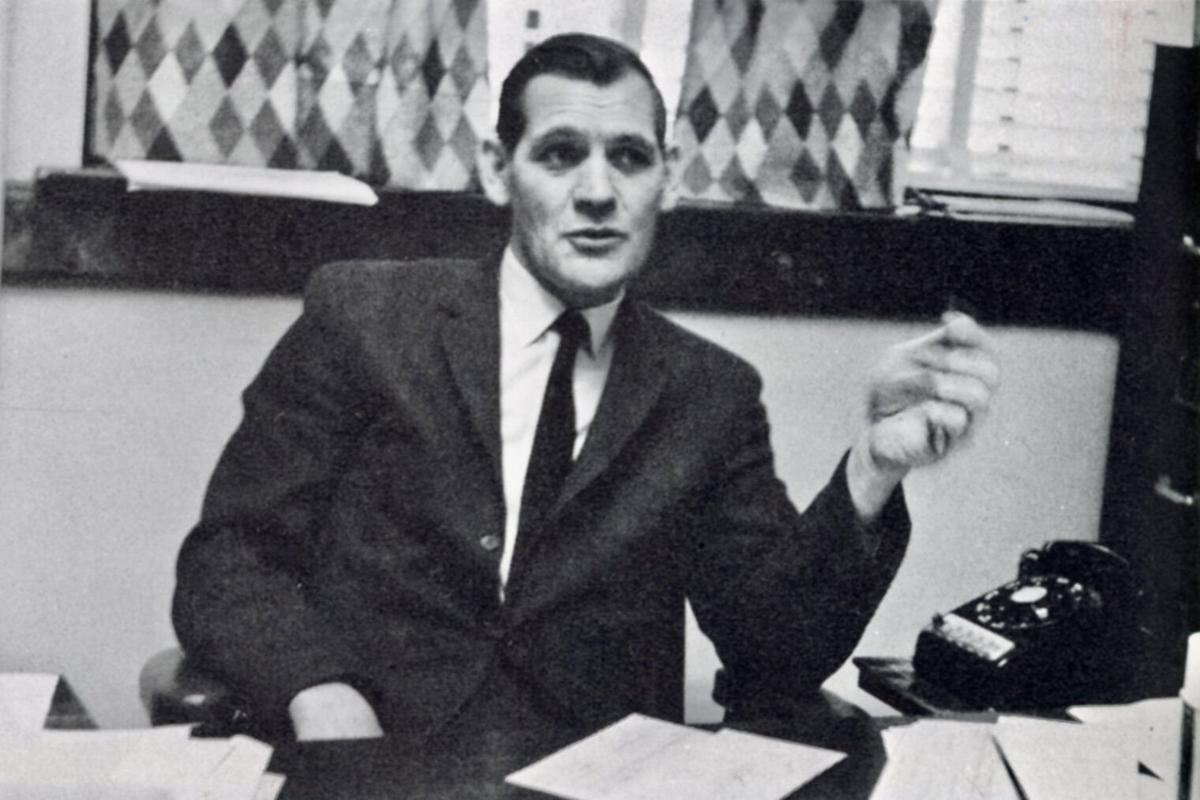 “When Madge Culver Kestler received her diploma Sunday at Mitchell College, she became the fourth generation in her family to graduate from the school.” [Preceded by her father, grandmother and two great grandmothers.] (5/31)

“Mrs. Louise McIntyre’s arts and crafts exhibit opened at Sherwin-Williams Paint Co. on East Front St. today. Mrs. McIntyre, who has about 75 students working in pottery, copper enamel, weaving and other handicrafts, said the show will be a sidewalk affair.” (6/1)

“The end of May has found the campaign to raise $10,000 to add to matching funds from other sources to purchase land around the site of fort Dobbs still nearly $2,000 short of its goal. The money must be in hand before the state’s fiscal year ends on June 30.” (6/2)

“Overshadowing the graduation of Statesville High School’s class of 1971 Wednesday was announcement of Albert Hiatt’s resignation as principal. A.D. Kornegay, superintendent of the city school system, asked for and received a standing ovation for Hiatt.” (6/3)

Slo-pitch walk-off. “L.C. Weisner blasted a home run in the bottom of the eighth inning to propel M and J Credit by Parker Brother’s Recapping 14-13. Weisner had five hits in the win. Tommy Josey had four hits for the losers.” (6/4)

“The North Carolina Board of Education has approved 42 units in the public kindergarten program, including the Statesville city schools, with the program to be initiated with the 1971 fall term.” (6/5)

“Eighteen-year-old youths are still required to register at their respective Selective Service board despite the new order passed recently, local draft officials point out.” [Changes to the draft law were being discussed in Congress, but no official change had occurred.] (5/31)

“Ensign Arthur Yount, who is stationed at Boston is here for several days leave. Signalman 3/c Charles Rickert is spending a few days leave at his home near Snow Creek. He will report back to his base at Bayonne, N.J. on Monday.” (6/1)

“Sgt. Major Eugene Troutman and Mrs. Troutman returned to their home in Washington yesterday after a visit with relatives here. Mrs. Troutman, formerly Louise Troutman has been here for the past month and Sgt. Troutman just last week.” (6/3)

“S 1/c Edward L. Barkley has received his honorable discharge from the U.S. Naval Separation Center, Charleston, S.C., after serving 23 months. He wears the Asiatic-Pacific, American theater and victory medal ribbons. Prior to entering the Navy on July 7, 1944, he was a farmer.” (6/4)

Frankfurt dateline. “Gen. Joseph T. McNarney said today he had raised his estimate of the minimum necessary period of the occupation of Germany from 10 to 15 years.” (6/5)

“Dempsey Leon Price, MM 1/c, who has been visiting relatives here, has returned to California where he has been assigned shore duty at San Diego. He has been in the Navy for six years.” (6/6)

“H.C. ‘Kid’ Sharpe has secured a location at 110 East Broad street, across from Purcell’s and has reopened his billiard parlor which he has operated since 1912 in Statesville. Mr. Sharpe is a veteran of the first World War in which he served overseas with the famous 81st or Wildcat Division.” (5/31)

“Approximately ten 4-H club boys with their fathers met with the Iredell County agent last night to formulate plans for a Tractor Maintenance school as a club project and with the aim of developing not only maintenance but expanding use of tractors on the farm.” (6/1)

“Honoring their war casualties and returned servicemen at a special memorial service, members of the First A.R.P. church presented Bibles at Sunday morning worship service to approximately 140 church members who served in World War II. Three members who lost their lives during the war were: Lee Roy Smith, Trent Brady and Gales White.” (6/3)

Veterans at Mitchell College. “Mrs. Frances Stribling, president, has asked persons in Statesville who have a room they would like to rent to a veteran while he attends the college to get in touch with the school immediately. Rooms are being sought for 30 to 50 veterans.” (6/5)

Memorial Day: “The different organizations which took part in the celebration formed a procession to Oakwood cemetery, where the graves of two of Statesville’s fallen heroes – Lieut. Hurst Turner and Sergeant Paul Ward – were decorated with flowers and flags and over which was fired a salute, following a prayer by Rev. J.H. Pressly.” (6/2)

“A large crowd attended the first of the band concerts on the courthouse lawn Friday night and thoroughly enjoyed it.” (6/6)

West Statesville. “Several of the ladies went to the meeting at the tent in south Statesville Saturday night to hear the tobacco and snuff discussion. If the use of tobacco and snuff is so great a sin, what has become of all those good men who are dead and gone who used it? You men that are giving tobacco such a bad name, please answer this question.” 6/6)

Ad. “We are constantly adding to our stock the newest things as they come on the market. A complete line of R. & G. corsets just in from the factory. We have added the newest thing out in the way of a Bicycle Corset. Every lady who rides a wheel should have one. F.A. Sherrill & Co.” (6/2)

“A new bell frame has been made for the town clock. The old frame had rotted.” (6/2)

“The Salisbury World of Wednesday says ‘Two gentlemen were here this morning from Statesville looking for store rooms. They expect to move their mercantile business to this city if suitable store rooms can be secured.’ Who were they?” (6/5)

“There was a tremendous rainfall in Statesville Tuesday night and Wednesday – the heaviest in a long time. All the drought stricken portions of the county are doubtless relieved now. The weather was very cool and fires were comfortable.” (6/5)

Bethany township. “We have enough rain now. This is the first time the land has been thoroughly wet here in two months.” (6/5)

Watch Now: The mystery of the mask

Watch Now: The mystery of the mask

The following is a list of those booked at the Iredell County Detention Center on felony and driving while impaired charges from Sept. 2-8. Li…

A former Hickory High teacher has been arrested on 20 counts of statutory rape dating back to 2015.

The following is a list of those booked at the Iredell County Detention Center on felony and driving while impaired charges from Aug. 26-Sept.…

The search for an Iredell County murder suspect is over after U.S. Marshals and Cobb County (Georgia) sheriff’s deputies arrested Tyrell Danta…

Pregnant with COVID: Valerie Allen ended up in CCU hospitalized for 18 days

When Valerie Allen learned she was pregnant with her fourth child, she knew it would be her last pregnancy.

Work at Larkin Regional Commerce Park started again in recent weeks, and the rumble of construction equipment is what the project’s stakeholde…

The town bell on the roof of the “clock building” on the square was sold for scrap during World War II. 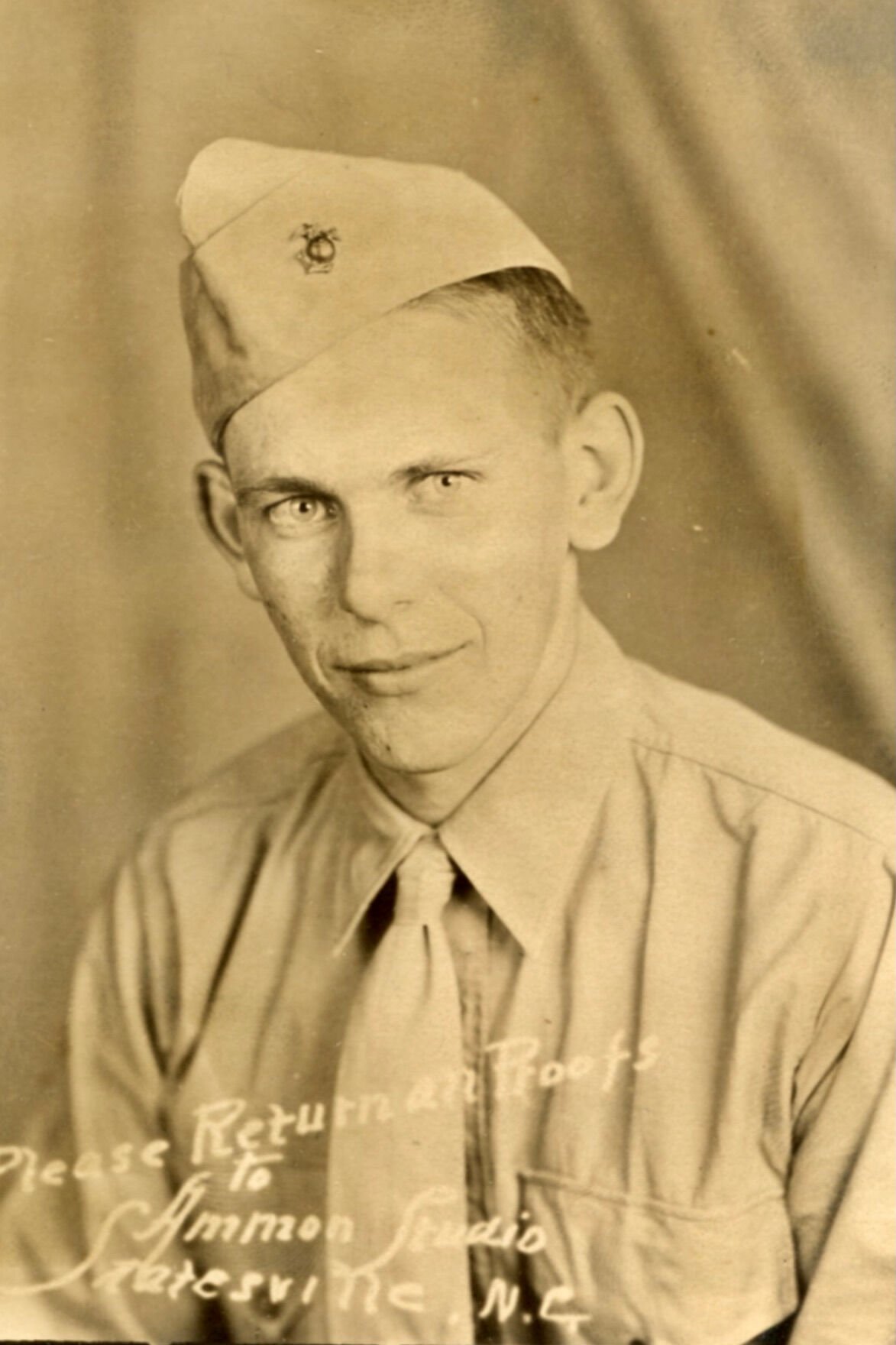 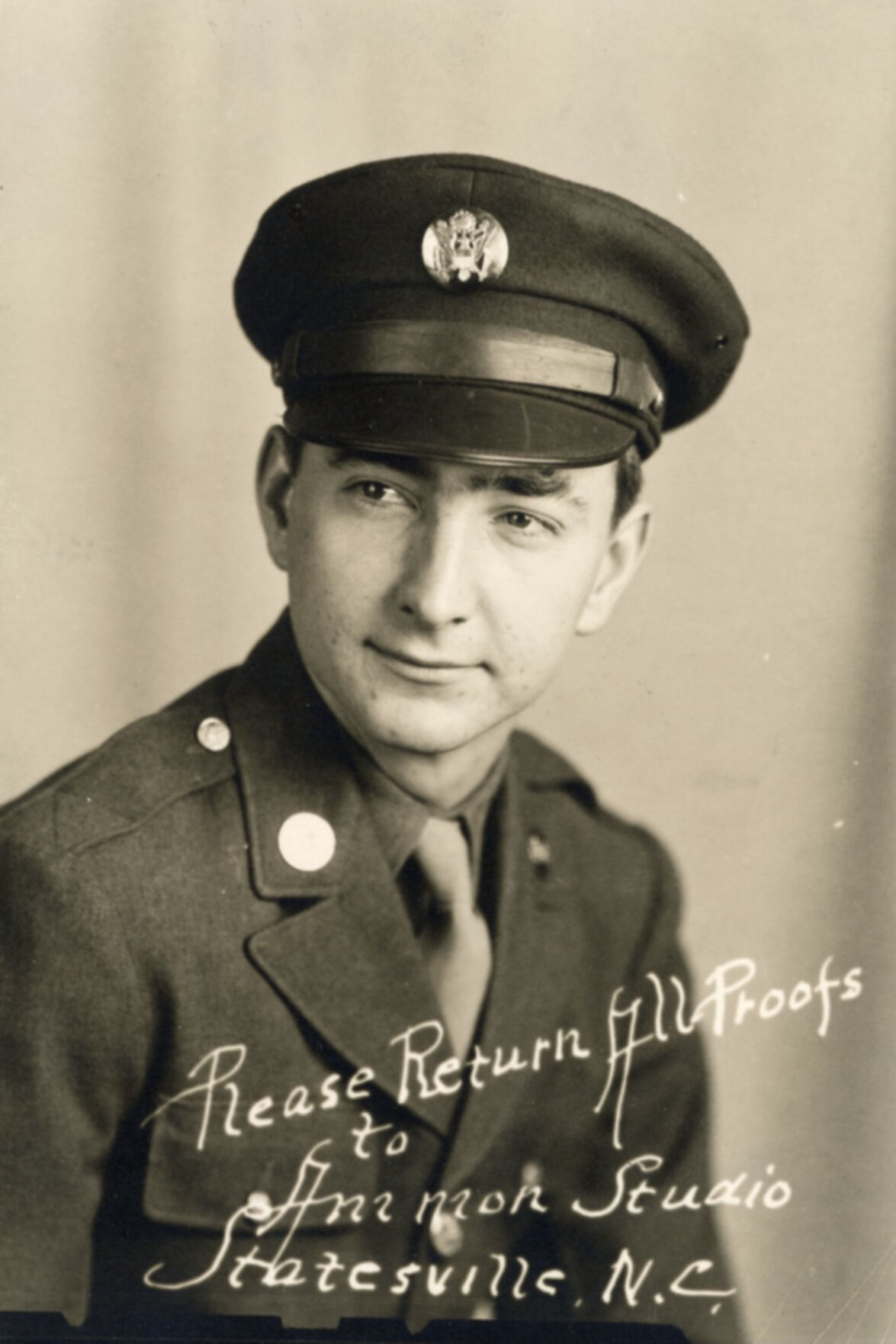 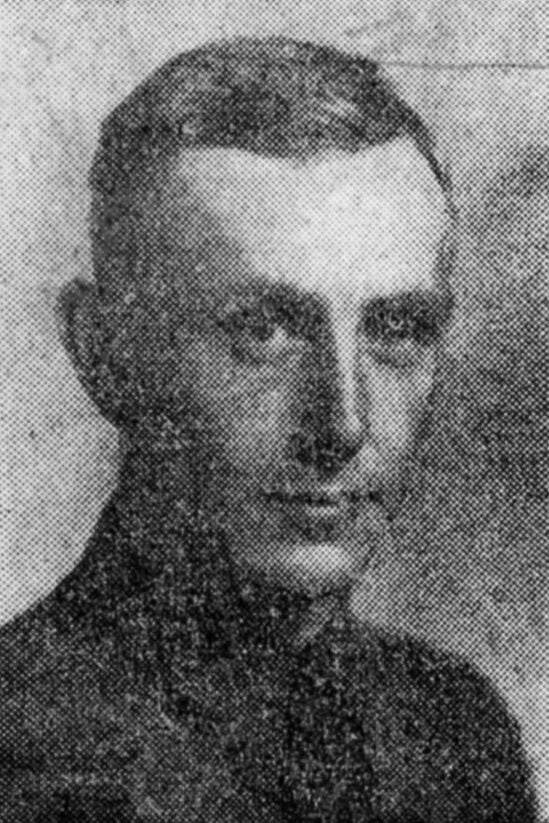