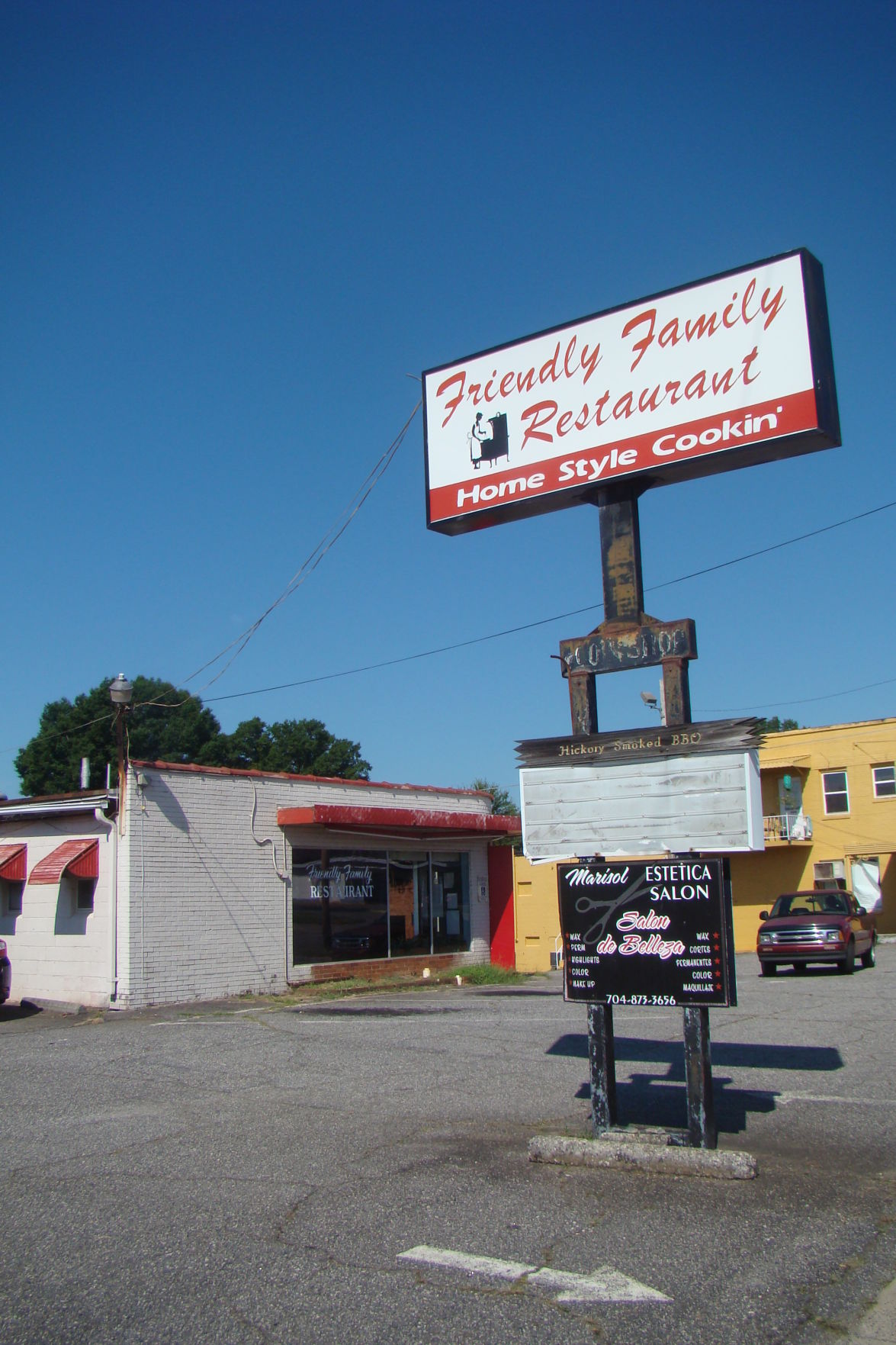 The Friendly Family restaurant in Statesville has closed. 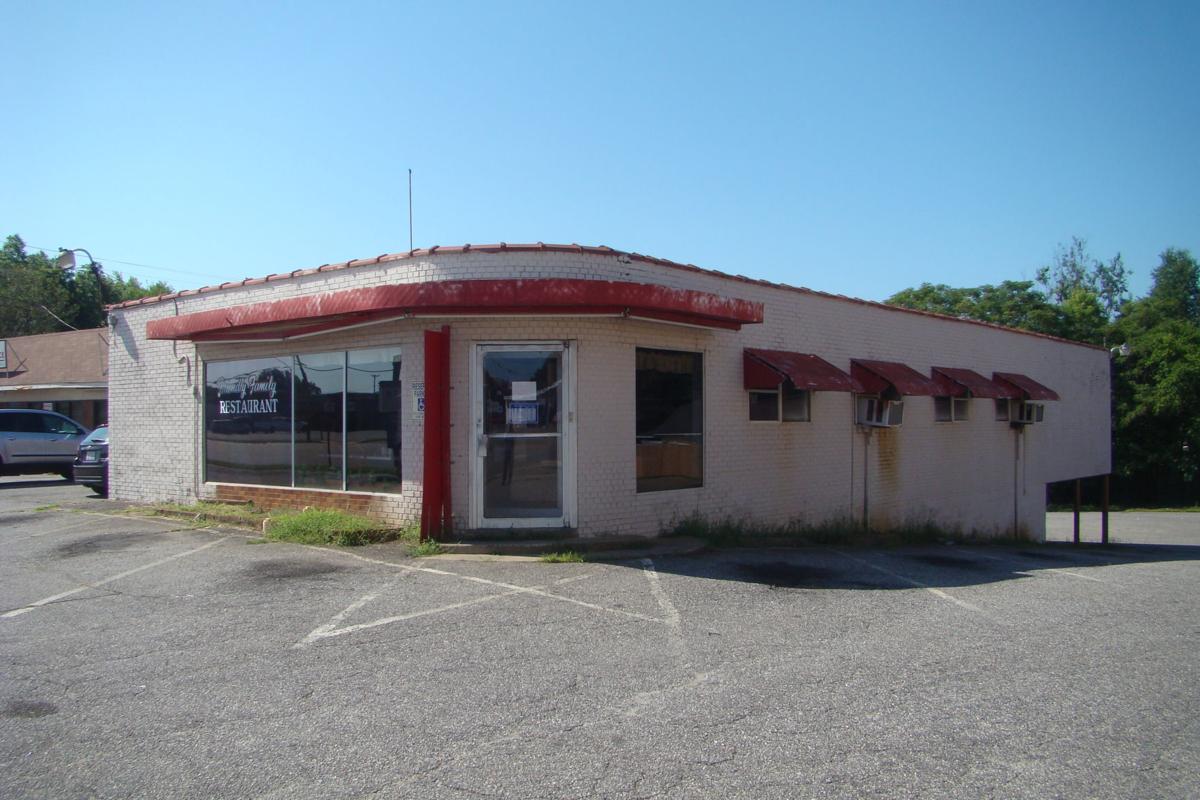 The restaurant opened in 2002.

Their parking lot was empty when I drove by 1311 West Front Street, but it was around the first week of July, a time when they usually took a vacation. But the next week they were closed, too, and there was a note taped to the door. It read, “We are closed due to plumbing issue.”

Still, when I heard the news, it felt as if a friend had passed. My brother Jeff, with whom I had shared many breakfasts there, was the one who confirmed it after talking with someone: "Looks like the Friendly Family has closed ... for good," he said over the telephone.

Now this is not front-page, stop-the-presses news, but in Statesville, there are not that many independent places that serve a good breakfast as near to homemade as the Friendly Family did.

The place was definitely, unapologetically, a blue-collar place for the workingman — or even a newspaper columnist — to get a full breakfast: two eggs over-easy, grits with sausage gravy, and a side of sausage, or fried thick-cut bologna, or their crispy, fried livermush, served with two handmade biscuits and a steaming mug of American java; no frappes, lattes or cappuccinos here. All this for less than a fiver, if it was the day’s special. I try to avoid the over-used words, “classic” and “iconic,” in my writing, but I don’t know better words that fit this eating establishment.

The equivalent breakfast would cost you two or three bucks or more at one of those chain places, but would not be served with a heart-felt "Good morning" and a smile as it was at Williams’ Friendly Family.

It was quintessentially the type of diner that one would expect to find in the 1940s or 1950s, but it was not that old. From research in old R&Ls on microfilm, I know that the place used to be Womack’s Restaurant, which held its formal grand opening on April 30, 1959. Henry and Marsha Williams bought the place in 2002 and renamed it. It opened for business on January 2, 2002.

True, by 2019 the 60-year-old venue could have used some renovation. The industrial carpet was stained and could never have looked clean, no matter how many times it was vacuumed. Several stool tops were missing and the interior could have used a coat of fresh paint. Still, the food was good, not fancy, and it was served hot. The cooks knew what they were about, the servers were truly friendly and the cost was reasonable. It was all you could ask of an unpretentious, honest, mom-and-pop’s cafe in what used to be the industrial part of the town.

Over the years, my brother and I had eaten breakfast there, usually once a week. Sometimes I’d grab a foot-long hotdog on my way to or from the library to do research on Saturdays. More than once I got a banana pudding to go when I left. Banana pudding has been known to call my wife’s name.

Jeff and I knew the names of the owners, Henry and his wife Marsha Williams, and we knew the first names of the servers who knew to bring Jeff and me coffee when we took our seats. Unbidden, they came by our table later with refills and to see if we needed anything else.

I had even done a piece for the R&L on the Friendly Family in 2010 and I was proud to have held a book signing there — their first such event, I think, when my first book came out. The place was the first Iredell County restaurant featured in a series on long-running eateries in the R&L and Mooresville Tribune a year ago.

My brother and I will not be the only ones to have to look elsewhere for a good breakfast place. The men’s group from the nearby Baptist church will, as will a family that gathered every Friday morning.

Although it was too new by two decades, in my mind’s eye fantasy, I saw the diner as it could have been, in a 1940’s film noir, with men looking like Robert Mitchum or Humphrey Bogart, in wing-tip shoes, trench coats and fedoras, getting into and out of cars with running boards and suicide doors. It was, to me, the local version of the diner portrayed in the 1942 painting, “Nighthawks,” by Edward Hooper.

Judy says I live too much in the past; she may be right. Still, family-owned diners like the Friendly Family are quickly fading from the scene, replaced by homogenized, nation-wide McClones.

Marsha, a Statesville native, said, perhaps a little sadly, that she and Henry would especially miss “the family we created over the last 18 years, the regulars and the staff. We had a gas line break and a water line, too, and we’re beginning to have some health issues ourselves — we’re both in our 50s. We talked it over together and then talked with our three boys and decided to close the restaurant. The building is not on the market yet, but there has been some interest by a potential buyer.”

Marsha said she and Henry, who is originally from eastern North Carolina, had no plans to open another restaurant at present.

The Friendly Family restaurant in Statesville has closed.

The restaurant opened in 2002.