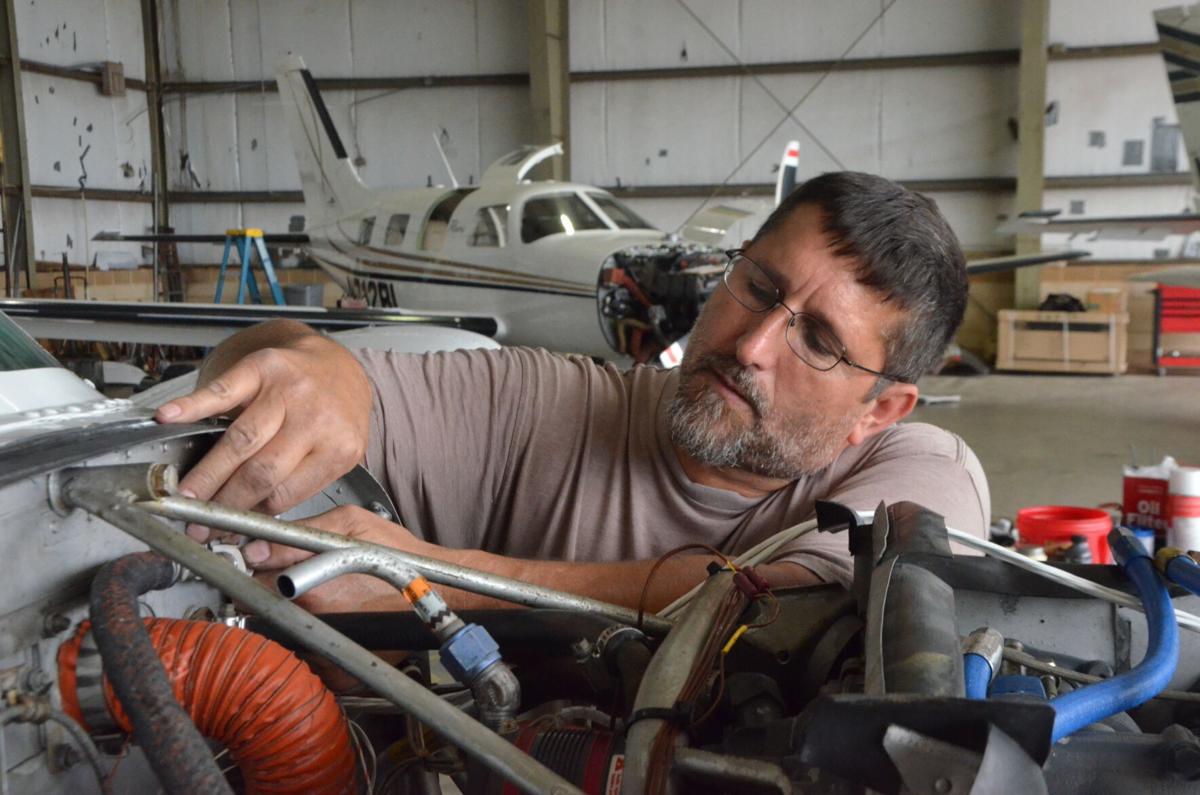 Jamey Gullatt works on a aircraft inside of a hangar at Statesville Regional Airport on Friday. 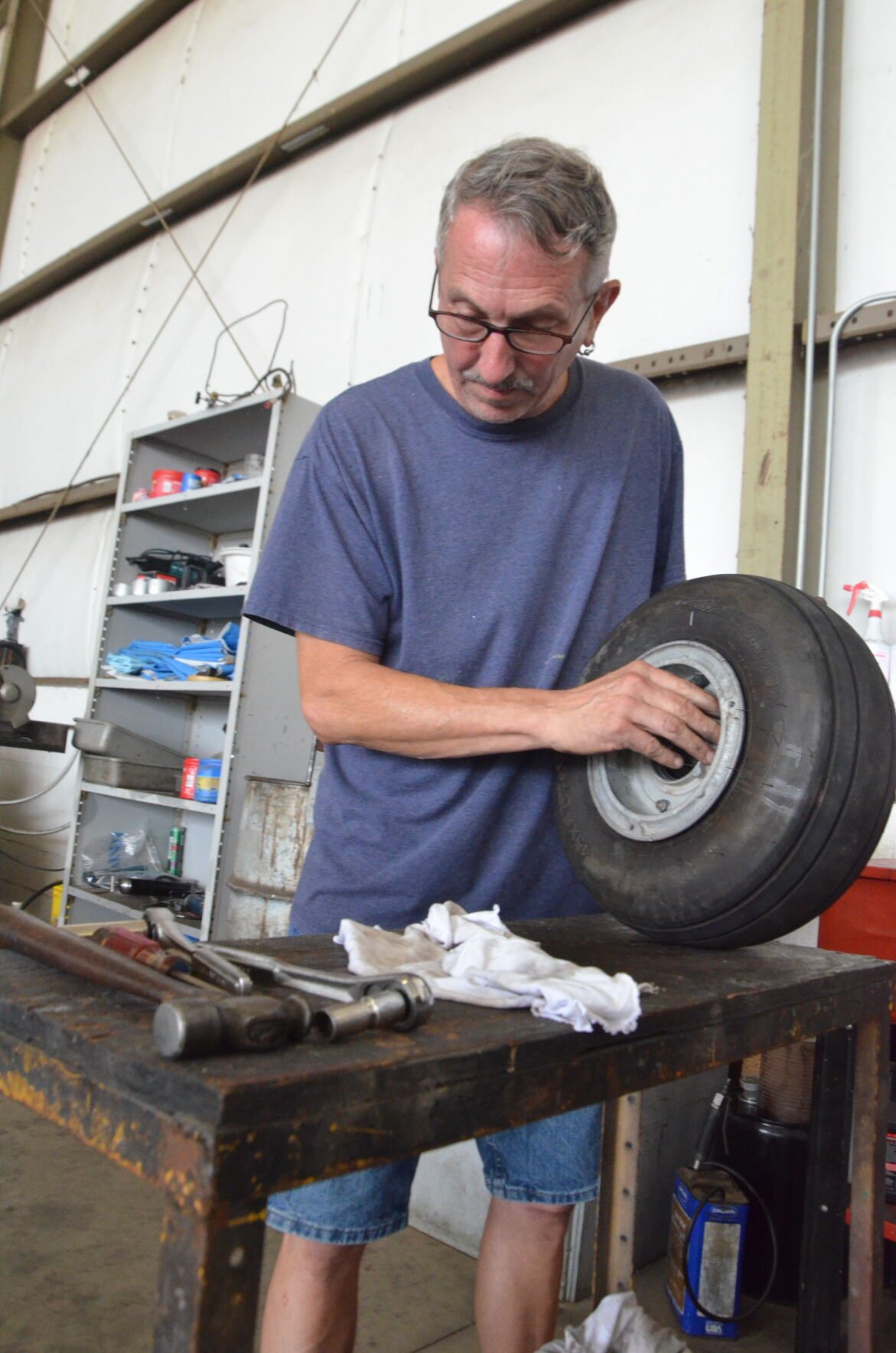 John Coulter works on an aircraft's wheel inside of a hangar at Statesville Regional Airport on Friday. 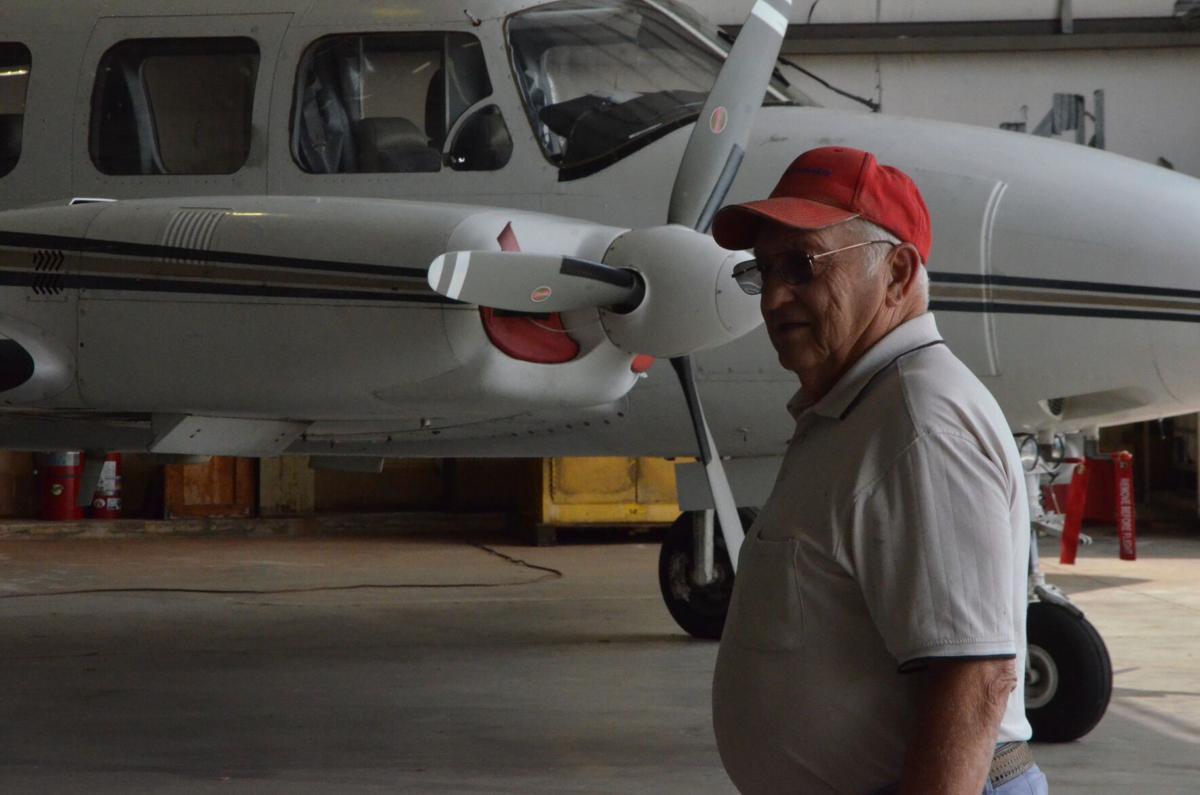 Jones Barnes, owner of Iredell Air Care, walks inside of a hangar at Statesville Regional Airport on Friday. 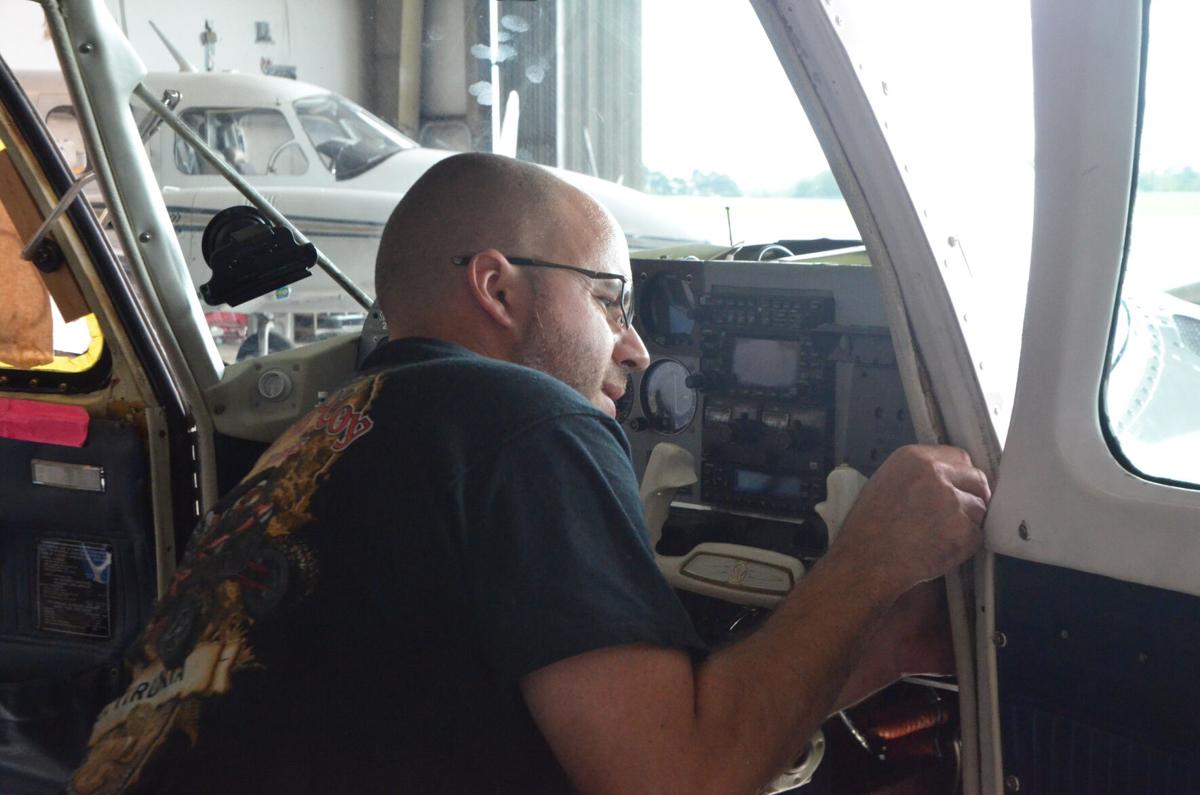 Jacob Aldrich works on a aircraft inside of a hangar at Statesville Regional Airport on Friday.

The hangar that Jones Barnes leases for Iredell Air Care could give you the impression his aircraft maintenance business is doing well. A handful of workers go between the nearly dozen planes in the hangar, working on various tasks to get these small, personal aircraft back in the skies.

However, it's been a turbulent year for him and his wife Rachel's business as the coronavirus wrecked the economy.

That's why the proposed increase in the cost of leasing the hangar could spell trouble for the business.

"If it goes up very much, I'm going to carry everything out. We're barely keeping our heads above water right now," Jones said. "Anyhow, could be worse. I could already be bankrupt. We ain't far from it, we ain't got the business we did."

The Statesville City Council votes Monday on whether to raise the lease 30% over the next five years as suggested by the Airport Commission. The change would also have the business pay for their own utilities. Previously there was no formal lease in place since they moved into the city-owned hanger in 2017.

While aviation conjures up the idea of charter jets and business class luxuries, Iredell Air Care is akin to a mom-and-pop shop, just one that works on small airplanes. Like many businesses affected by the economic fallout of the coronavirus, the effects are obvious as less money is being spent on non-essential items, aircraft being one of them.

"We were booked up a couple of months ahead of time, but not now," Jones said. "A lot of people lost their jobs, and of course airplanes and boats and stuff are the first to go. Of course, if the jobs come back, they'll probably come back, but we've had a lot of them sold."

If there's any good news for Iredell Air Care, it's that Airport Manager John Ferguson and City Manager Ron Smith don't seem to be in a rush to increase the cost of the lease as quickly as the Airport Commission first suggested.

In the request to the City Council for Monday's meeting, both stated they prefer ramping up the cost over time instead of a sudden increase as originally planned.

"This is a significant increase in the lease, in addition to requiring the tenant to pay their utilities. I would follow the department’s recommendation to begin at a lower level and escalate the lease rate over five years, all the while requiring them to pay their own utilities," Smith's comment in the City Council action request said.

While the lease will go up 30% over five years, Ferguson acknowledges the current business climate makes a sudden increase tougher for Iredell Air Care to handle. He wasn't in agreement with the Airport Commission's suggestion of doing it so quickly.

"I'm the one that wasn't quite in agreement with raising it over 30% in this year. The lease eventually gets to $4 a square foot in the fifth year, but, I just didn't see with this crazy year going up over 30% on this business out here," he said.

The council's vote on Monday will determine if the city adopts the change or continues to charge $2,000 a month.

Whatever happens Monday, it won't change the fact Jones and Rachel, as well as their business, are resilient.

The building they owned in 2017 burned when a powerstrip sparked a blaze, heavily damaging the hangar. Jones said they lost aircraft parts and documents in the fire, which prompted their move to the hangar owned by the city. However, the chose to press on in a new building at the airport.

Time will tell if they weather another turbulent year for their business.

Driving down Eagle Mills Road, I had no idea what to expect.

Jamey Gullatt works on a aircraft inside of a hangar at Statesville Regional Airport on Friday.

John Coulter works on an aircraft's wheel inside of a hangar at Statesville Regional Airport on Friday.

Jones Barnes, owner of Iredell Air Care, walks inside of a hangar at Statesville Regional Airport on Friday.

Jacob Aldrich works on a aircraft inside of a hangar at Statesville Regional Airport on Friday.