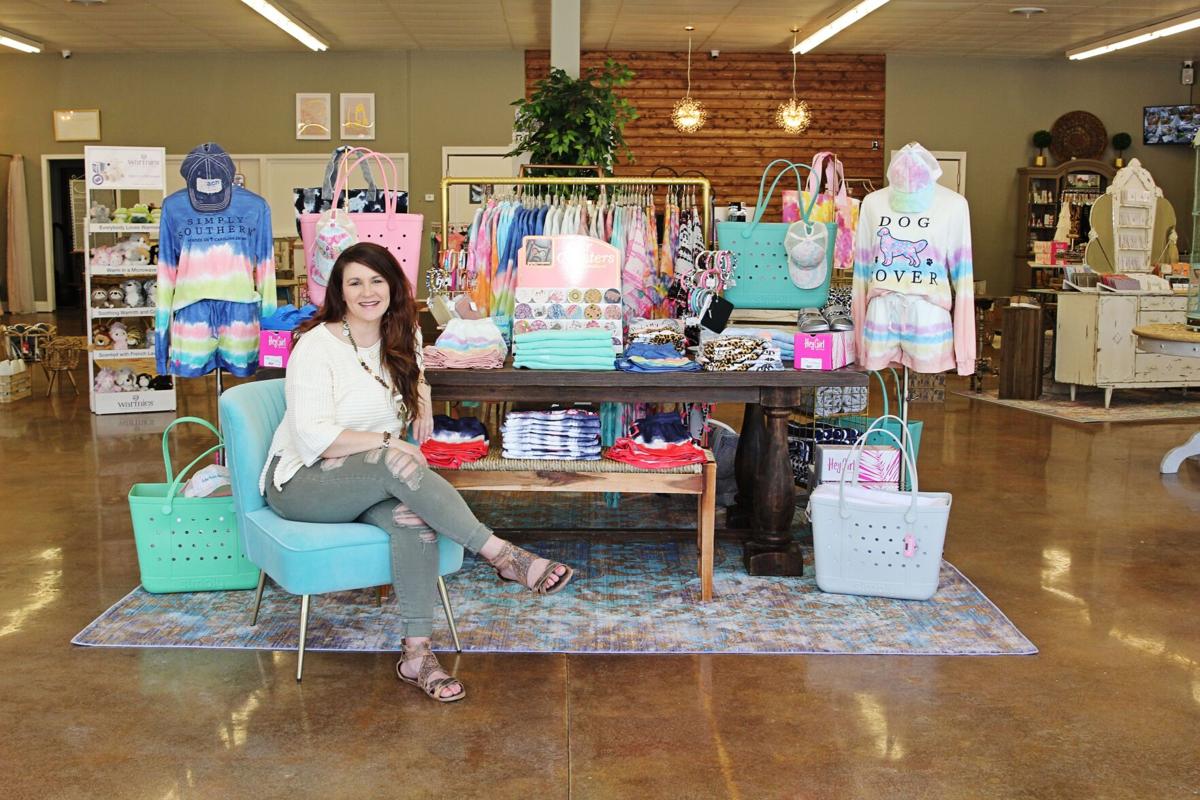 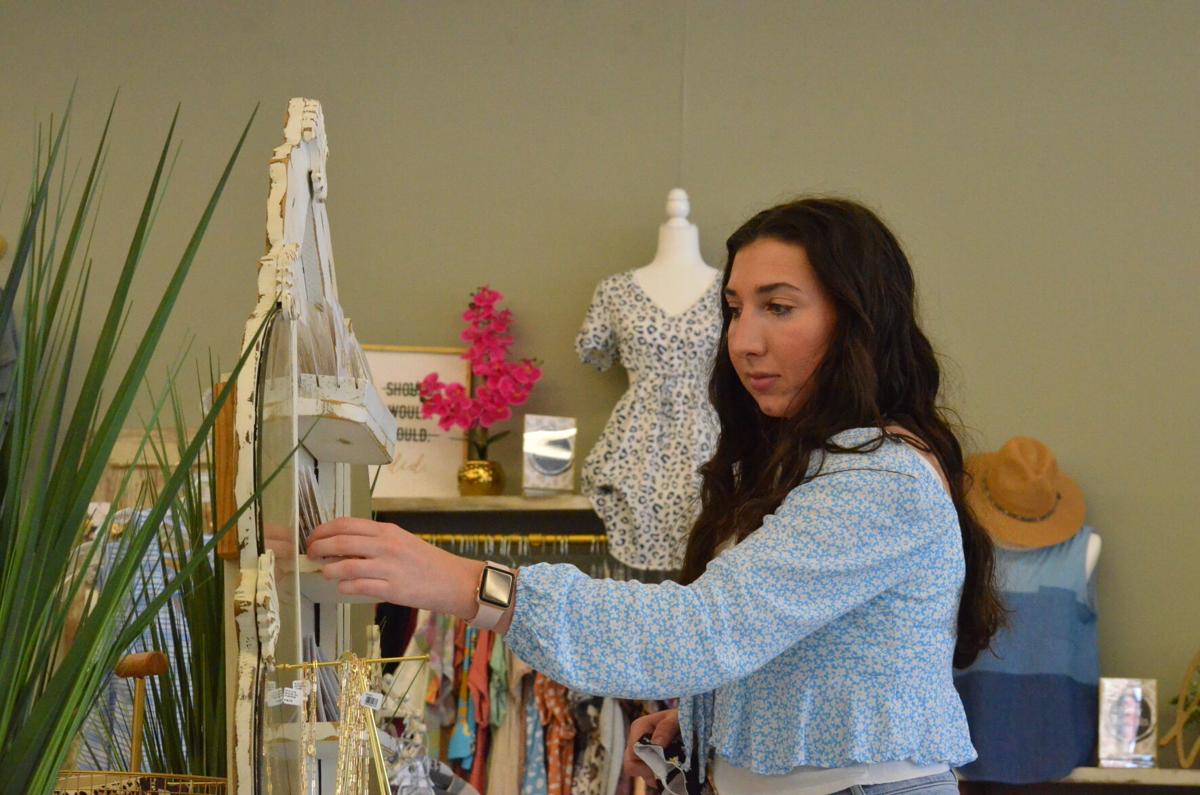 Caroline Blount looks at earrings and other accessories at Molly Malone’s in Statesville. 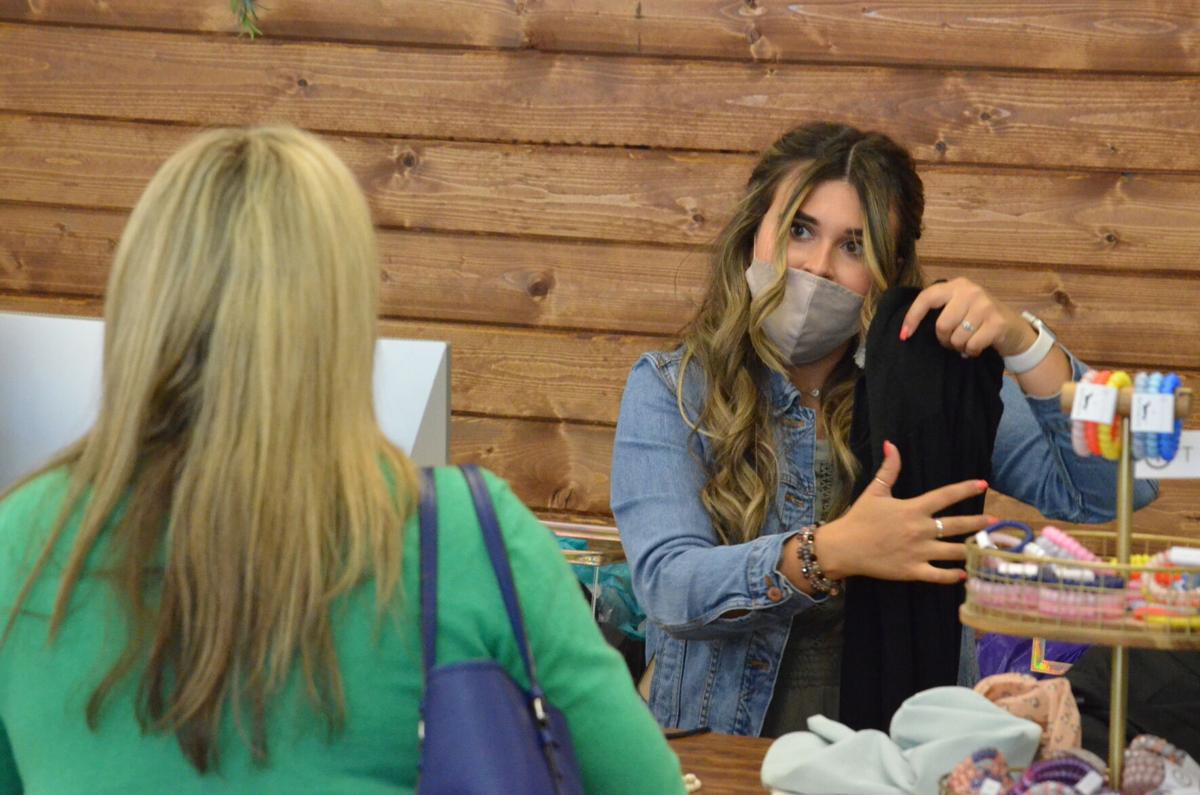 Kirsten Barker checks out a customer at Molly Malone's on Thursday in Statesville.

It’s never too late to celebrate and Molly Malone’s in Statesville is set to have its grand opening this weekend with festivities going on all day Saturday.

“A good time, basically. You don’t have to spend money, just come and see what we’re about,” Amanda Rogers said. She is the owner of Molly Malone’s.

Molly Malone’s made its move from Center Street to Front Street last month, but now with COVID-19 restrictions continuing to ease, holding the store’s grand opening is easier to plan.

The new location is perfect for their needs but also still allows the personal touches that Rogers said to help fuel her company’s success. After starting her businesses in 2005, she said while she never expected to run five stores, it mattered to her that one was in her hometown of Statesville.

“We like being part of the downtown community, but for me, it boils down to being from a small town. I’m close with a lot of customers here,” Rogers said.

The move came as Rogers said it was a chance to combine store and warehouse locations while staying in downtown Statesville.

More than a physical store

While the physical location is important to almost any business, the pandemic also forced Rogers’ and the store’s employees to rely on “live sales,” which used Facebook to show off and sell products online while customers watched some of Molly Malone’s employees model the clothes.

Rogers said the store’s app and website play a major role, but the “live sales” were a way to get their products seen despite the health and safety concerns of the last year that kept customers at bay.

Ironically, Rogers said she isn’t a big online shopper herself, citing her own lack of time with five stores and two children to focus on.

Rogers’ stores are also found in Hickory, Mooresville, Huntersville and Concord, employing a total of 25 employees. She said that with all of the employees, she pushes customer service as one of the most important things they can do. Rogers said her goal is to make sure customers not only can find unique items at her stores but with a personal touch.

“We just want women to feel good about themselves,” Rogers said. “You’re going to get more special attention here.”

11 a.m. – Rolling Out the Red Carpet and Ribbon Cutting with Downtown Statesville Development Corporation and the Greater Statesville Chamber of Commerce.

Caroline Blount looks at earrings and other accessories at Molly Malone’s in Statesville.

Kirsten Barker checks out a customer at Molly Malone's on Thursday in Statesville.