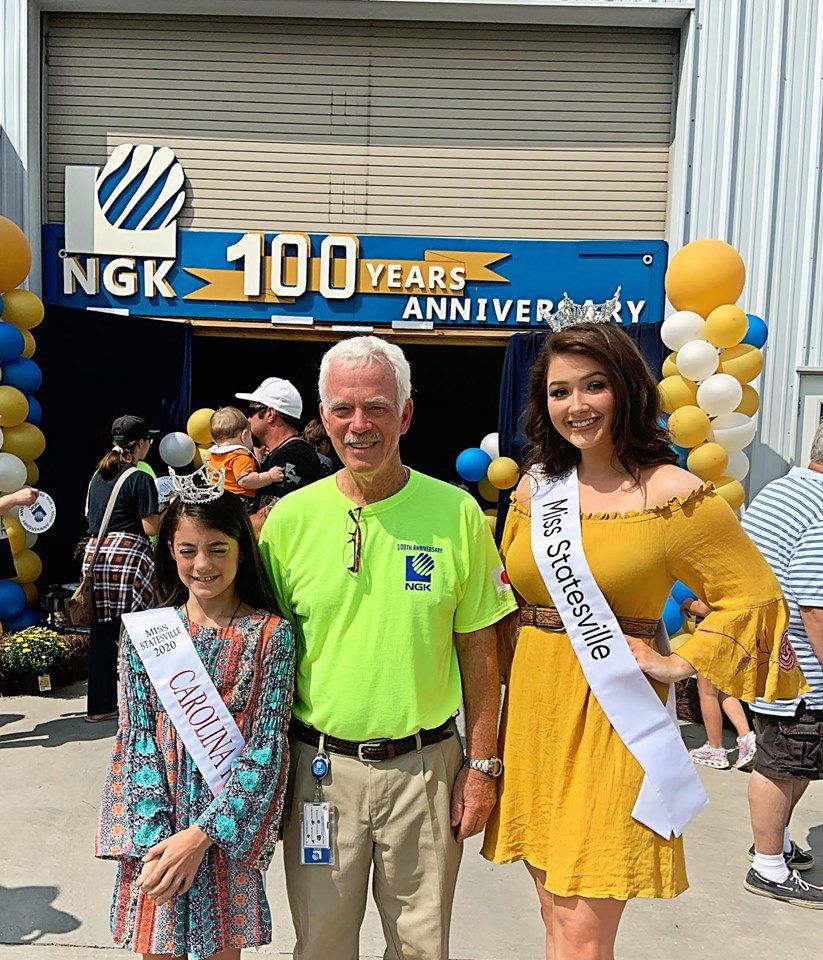 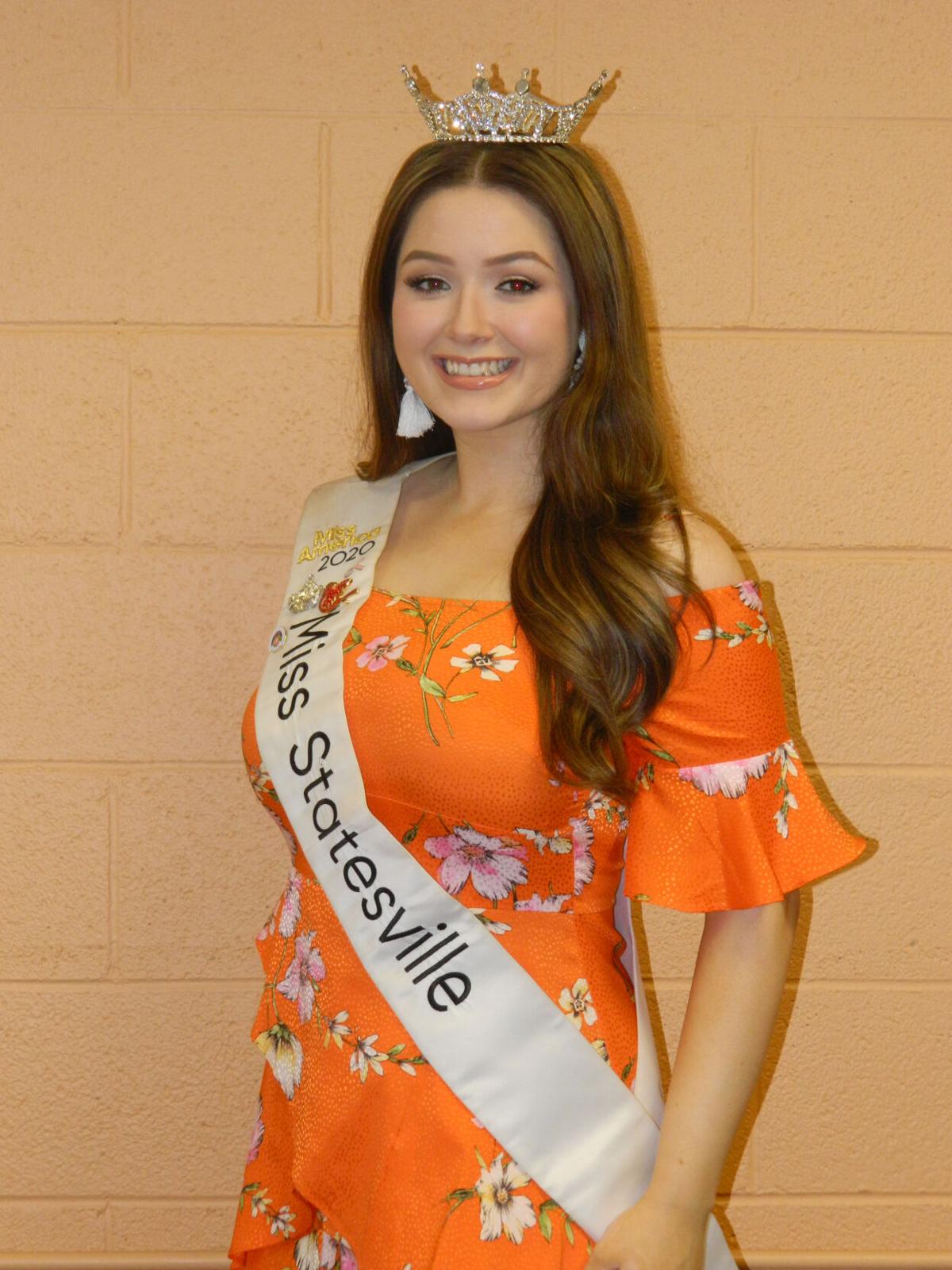 Miss Statesville, Melody Hager, will be ending her reign Saturday. 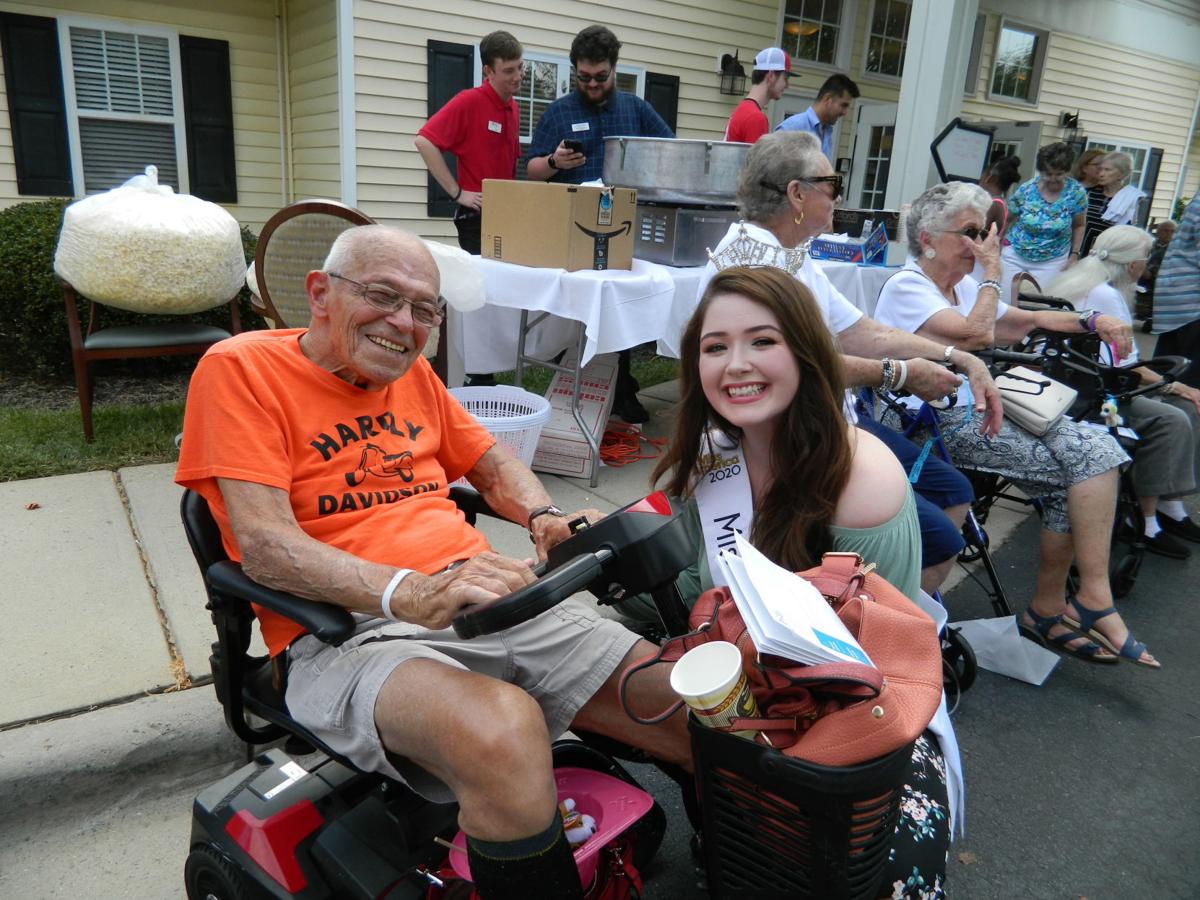 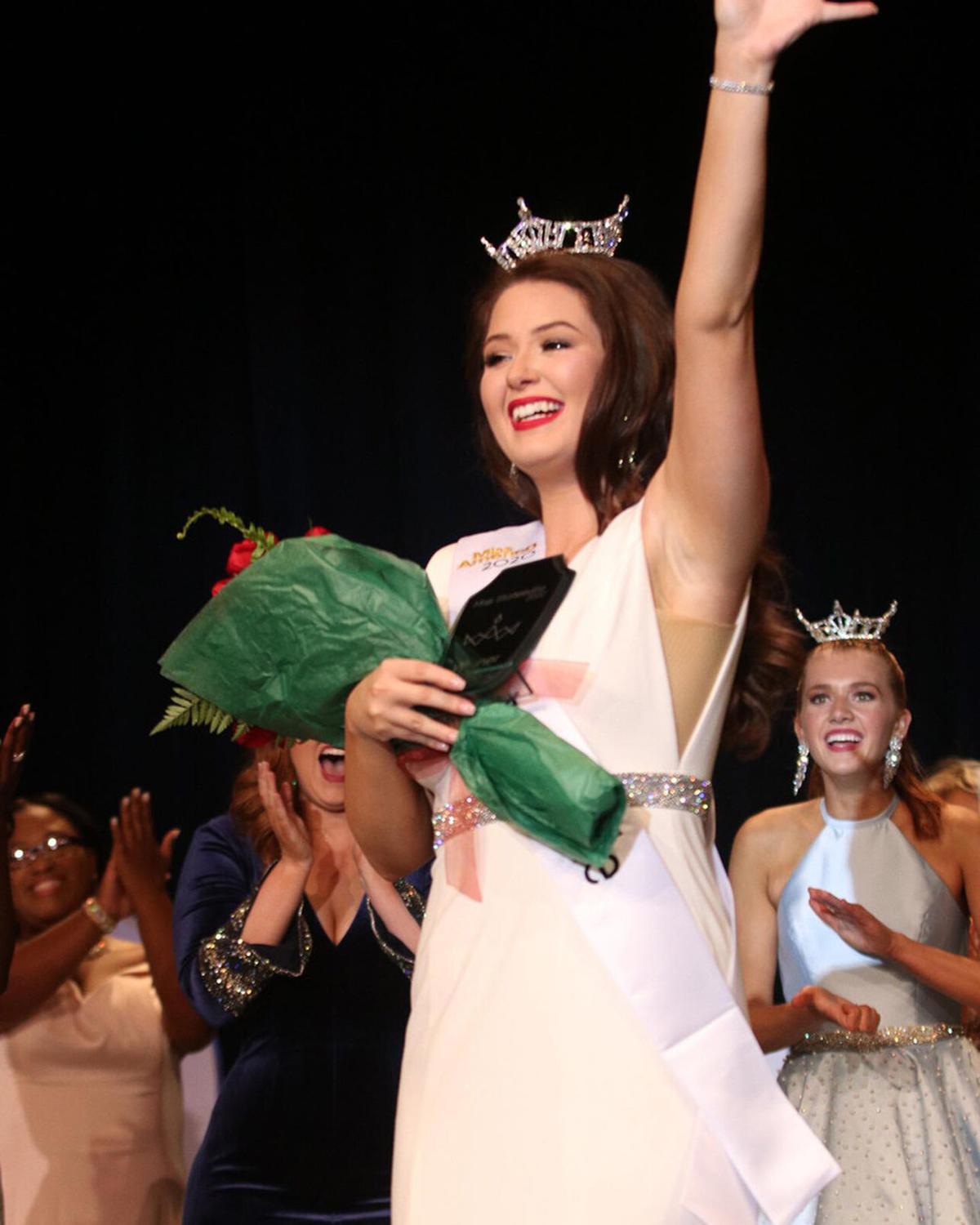 Melody Hager is all smiles after being crowned Miss Statesville in 2019. 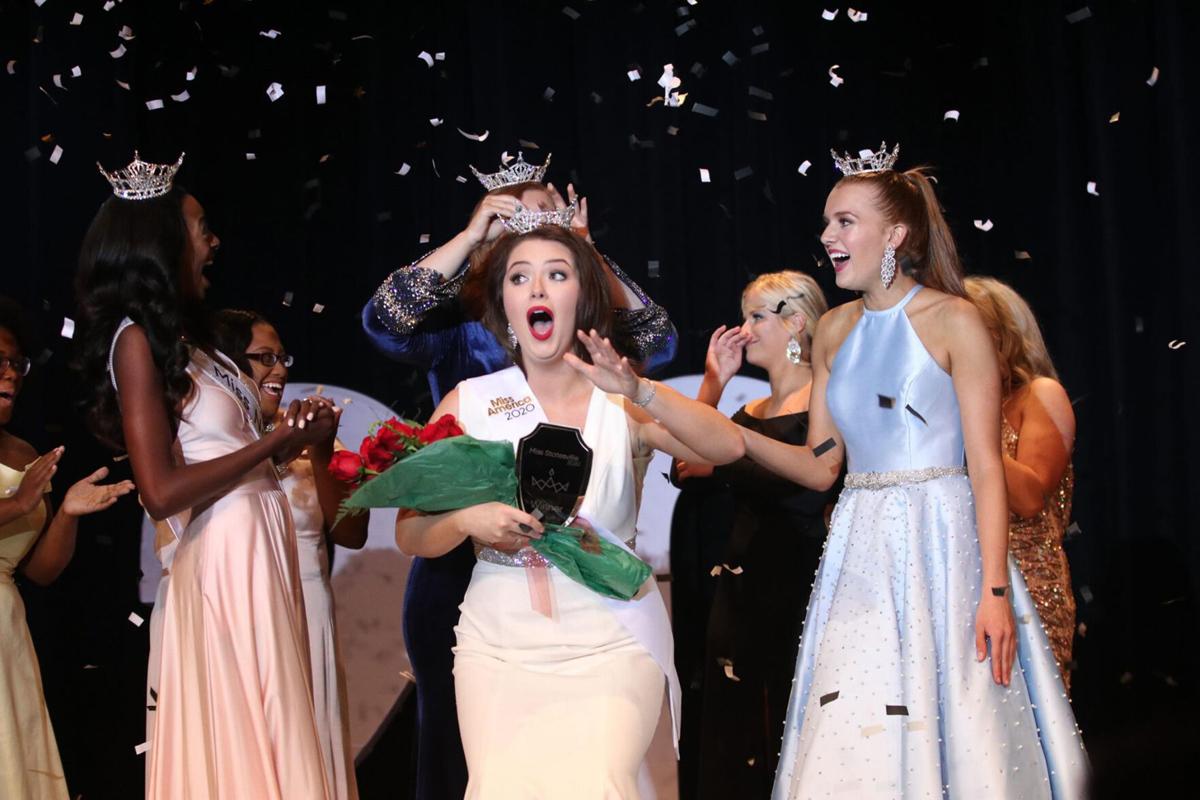 Melody Hager reacts as she is crowned Miss Statesville in 2019.

It’s been two years since Melody Hager became a first to be crowned Miss Statesville.

Hager was the first non-Iredell resident to capture the crown, and thanks to COVID, her two-year reign was another first.

Still, as she prepares to crown her successor Saturday night, she realized the past two years have flown by. “For as long as I’ve had the title, it feels like it was just yesterday that I won,” Hager said.

It was a chance encounter that led Hager, who is from Mecklenburg County, to enter the Miss Statesville competition two years ago. She and her musical group, Melody and the Notes, were playing at a Festival of Food Trucks in Mooresville when a man approached her. That man was Ryan Pegarsch, director of the Miss Statesville organization.

Hager said Pegarsch told her that, for the first time, the competition was being opened up to women from outside Iredell County and encouraged her to enter. She filled out the paperwork, and within a few weeks, she was the new Miss Statesville.

The Miss Statesville competition was not her first pageant. During her junior year of college, she entered the Miss Asheville pageant and emerged with that title.

She said she took a couple of years off after the Miss Asheville experience. “I needed to figure out who Melody was,” she said. It was during that break that she met Pegarsch.

Even though she’s not from Iredell County, Hager said, she feels embraced by her adopted hometown, and has nothing but positive things to say about her two years as a representative of Statesville.

“Miss Statesville was an incredibly distinguished title in the organization (Miss America) and the community pours so much love into our representative so I am unbelievably honored to be wearing the Statesville title across my chest,” she said last summer as she was preparing to represent this community in the Miss North Carolina Pageant.

Hager said one of the highlights of her more than two-year reign is being able to further her social impact project, music therapy. She has held a jam session fundraiser at Daveste’ Vineyard and Winery, bringing in funds for Piedmont Music Therapy, and released a Christmas album with Miss Metrolina and Miss Gastonia to raise money for G-Cleft Music Therapy.

While all of that is coming to an end, Hager said, she looks back on a couple of years of making a lot of new friends and making memories.

As she prepares to crown her successor, Hager offered some advice to the woman who will take over as Miss Statesville. “Soak in every moment you can,” she said. And, Hager said, she knows it sounds cliché, but she encouraged the new Miss Statesville to “be yourself. Be the best you you can be.”

And, she said, the next Miss Statesville will be representing a community ready to give wholehearted support and love.

“I owe the deepest gratitude to the people of Statesville and Iredell County,” she said.

Football in exile: Afghan sportswomen get back into the game

Do you ever wonder why rain smells so good?

Do you ever wonder why rain smells so good?

Santa didn't need Rudolph's red nose, but he did need a red fire truck to carry him down the streets of Harmony for its annual Christmas parade.

The following is a list of those booked at the Iredell County Detention Center on felony and driving while impaired charges from Nov. 24-Dec. …

After a year's absence, Statesville Christmas Parade will again march down Center Street

First responders, from law enforcement to firefighters to paramedics, will be honored when Statesville’s Christmas parade marches down Center …

The race is on: Local politicians flock to Board of Elections to file for next year's election

As Rep. Jeff McNeely approached the doors of the Iredell County Board of Elections, the look on Sen. Vickie Sawyer’s face told him all he need…

I’m glad I’m not, and was not, in the fields of cotton. I am, however, acquainted with the plant and the products made from it, but, thank the…

Downtown Statesville was a Christmas wonderland Friday as the shop and stroll included horse-drawn carriage rides, Victorian carolers and tour…

Christmas tree lightings, events and parades to usher in holiday season in Iredell

Troutman will kick off the holiday season Thursday with the Christmas tree lighting at 6 p.m. at Troutman Town Hall, 400 N. Eastway Drive.

Marching bands, cars, both vintage and current, and, of course, Santa Claus were some of the highlights of the annual Troutman Christmas Parad…

Miss Statesville, Melody Hager, will be ending her reign Saturday.

Melody Hager is all smiles after being crowned Miss Statesville in 2019.

Melody Hager reacts as she is crowned Miss Statesville in 2019.