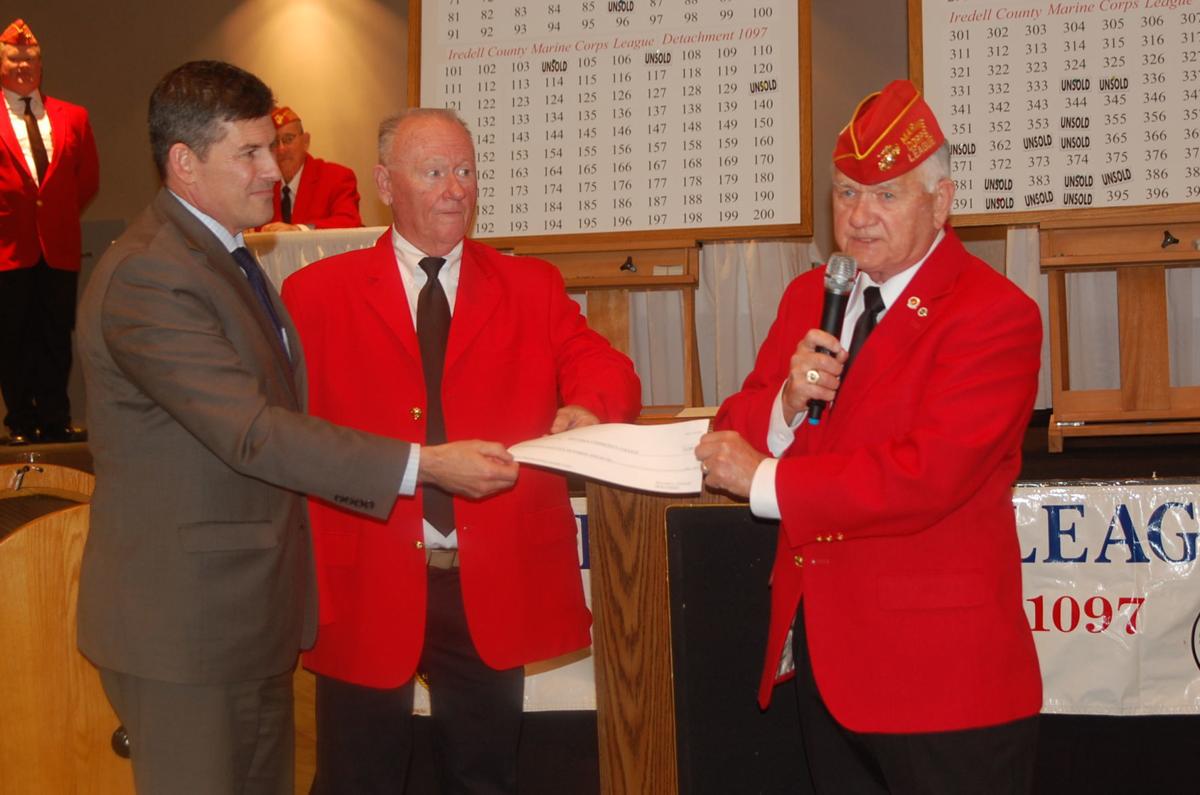 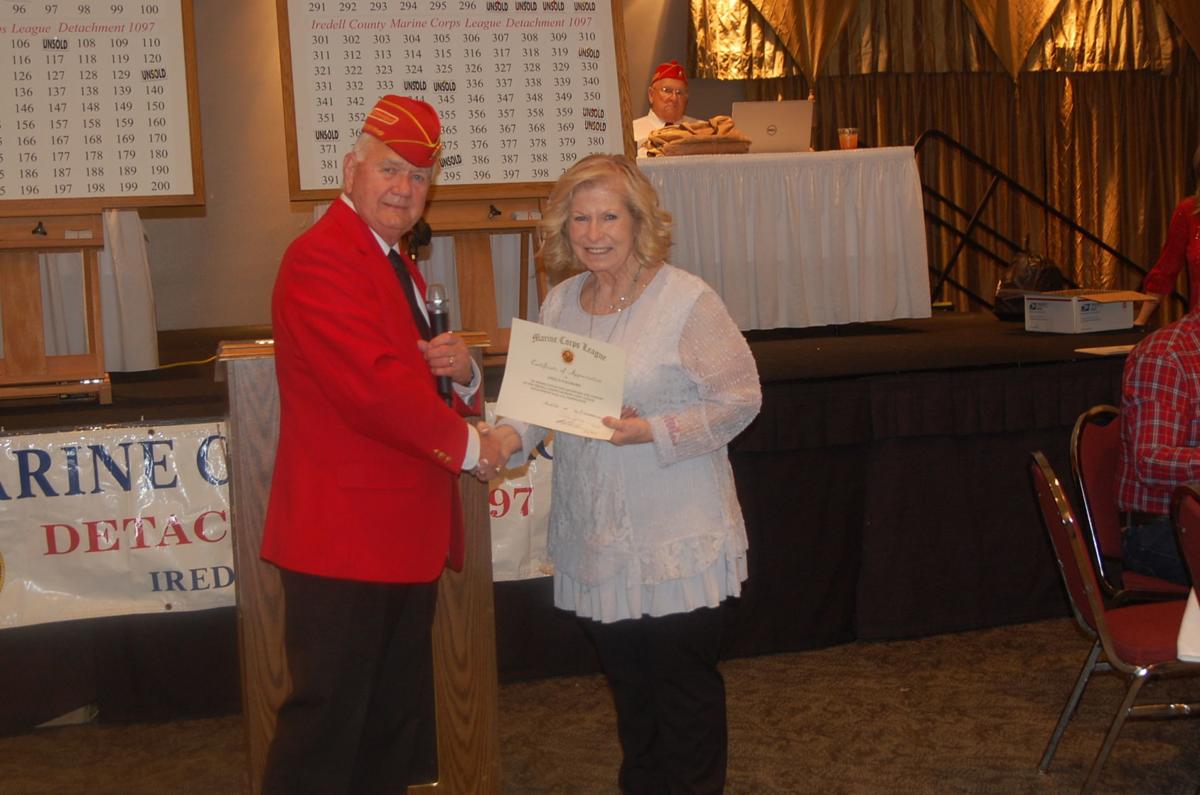 Marine Corps League Iredell Detachment Commandant Dick Camery presents a certificate to Sheila Passmore for her dedication to the league's efforts for Toys for Tots.

The scholarship is presented in honor of Dale Wilson, a member of the detachment, and will be presented to two Marines or dependents of Marines to further their education at MCC.

Wilson also is an alumni of MCC.

The scholarship, along with another recognition, was presented Thursday at an event at the Statesville Civic Center.

Brewer expressed his appreciation for the donation. “This helps tremendously,” he said.

Another major project of the Marine Corps League is the Toys for Tots campaign. Toys for Tots collects items to be distributed to children in need in the area served by each detachment.

He said the barrels to collect items for Toys for Tots will be in various businesses and other sites for the next few weeks and encouraged people to donate.

Camery said Toys for Tots, which is coordinated by Vivian Meletis, would not be possible without the work of the women who support the detachment. One of those, Sheila Passmore, was recognized for her efforts.

“I’ve seen her in the warehouse at 3 in the morning sorting out donations to make sure these kids have a Christmas,” he said.

Mooresville residents facing end-of-life have always had to leave their community to access inpatient care in a hospice facility. Hospice of I…

Marine Corps League Iredell Detachment Commandant Dick Camery presents a certificate to Sheila Passmore for her dedication to the league's efforts for Toys for Tots.