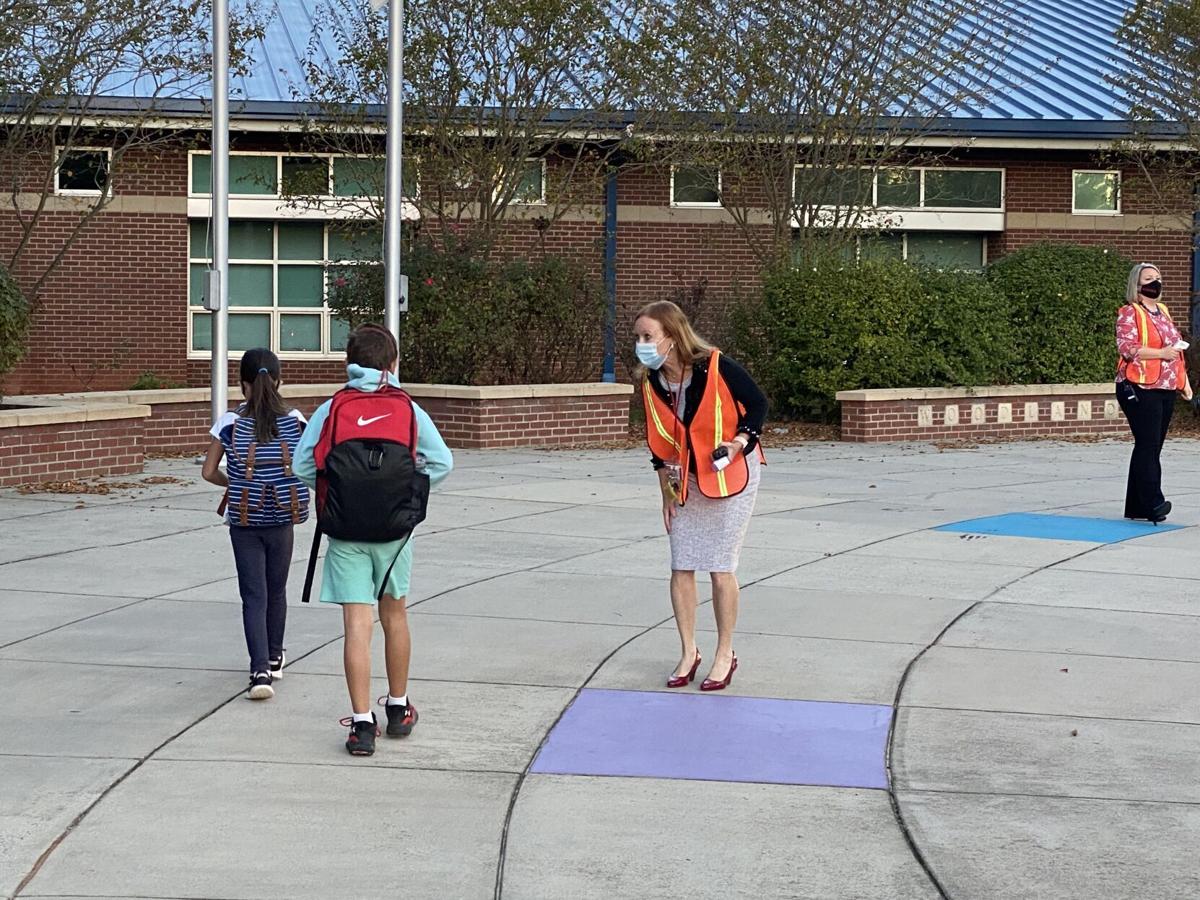 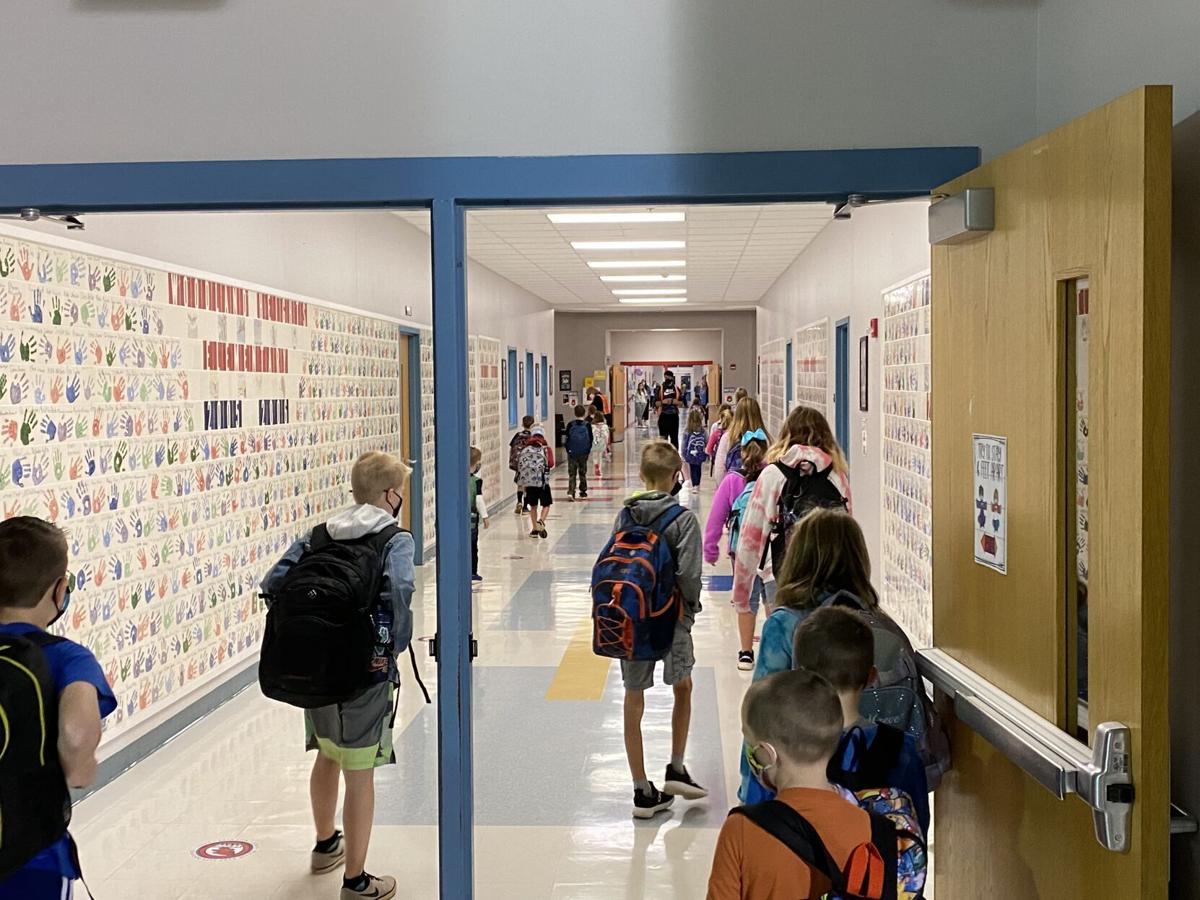 Students walk to class at WHES during their first full day of school of the year.

Even before the sun came up on Monday morning, Principal Kristie Spenner stood on the sidewalk in front of Woodland Heights Elementary enthusiastically welcoming students by giving air hugs and elbow bumps, greeting every student by name as they walked by.

If that sounds like it was like the first day of school, that’s because it was –again...sort of.

All elementary schools in Iredell-Statesville Schools welcomed students back full time on Monday, and the excitement was palpable for the return of a sense of normalcy.

“We’re excited, our parents and kids are excited,” Spenner said. “We can’t wait.”

For the first time this school year, nearly a quarter of the way through, the entire student body was allowed to attend at once Monday. According to Spenner, WHES has around 665 students enrolled. With a small percentage opting to remain online, she was expecting to see at least 560 kids walk through the doors.

“We were always hopeful (kids would come back this soon), so we were excited when the announcement was made,” Spenner said. “It was a lot to plan, but it was totally worth it.”

The safety and cleaning protocols that I-SS put into place over the summer to make sure there was a safe return to “Plan B” to start the year are still in place with the switch to “Plan A”, but Spenner believes the nearly two months that schools like WHES have had to refine them will make the transition between the plans much smoother.

Students will still be required to wear masks at all times, with mandatory mask breaks throughout the day, as well as being required to sit and walk at a safe distance from others.

“The kids have been wonderful (at following the rules),” Spenner said. “Some of the teachers were more tentative in the beginning, but once the kids got here and the staff saw how wonderful they were doing (with the rules), everyone felt better.”

Moving to “Plan A” also means that students get to return to their enhancement schedule, classes like music, art, PE, etc., for the first time this school year. The art classroom has installed screens in the middle of the tables so that students can still sit across from one another and the music classroom has well-spaced seats for all the students as well as trips outside to be able to sing, an activity that currently cannot be done indoors.

Lunch is either taken back to the classroom or taken outside so that students can have space to eat safely while PE classes are conducted in both the gym and the cafeteria to allow for more space.

The library has also been able to teach kids how to use an electronic check-out system so that the librarian is able to go and retrieve the book without having the child touch it.

“They’ve had more checkouts this way than they’ve ever had before,” Spenner said. “It’s been amazing.”

There are still, however, teachers teaching synchronously to both students in the classroom as well as those learning from home, but it has been reduced down to one teacher per grade level conducting synchronous learning.

“I just hope we can keep the number of positive cases down,” Spenner said. “We just want to keep kids in the building and keep them learning.”

“But we’re just so excited,” she continued. “It feels so good to have them back. Our staff is the best and they’ve put their whole heart and soul into getting ready for them.

“It’s always about what is best for the kids and that’s what this is all about.”

Students walk to class at WHES during their first full day of school of the year.