Perhaps the most well-known Civil War battle, after the Battle of Gettysburg, Pennsylvania, was the so-called “Battle of the Crater,” fought near Petersburg, Virginia, on July 30, 1864.

Petersburg is a little less than 30 miles south of Richmond on a major road and railway line, which was an important supply artery for the city and the troops defending it. Capturing Petersburg would facilitate the capture of Richmond, the Confederate capital, by Union troops under General Grant. Needless to say, capturing the Rebel capital would go a long way toward winning the war.

The Confederate forces, commanded by Gen. Robert E. Lee, fully understood the importance of Petersburg to the defense of Richmond and had heavily fortified Petersburg with rings of stout defenses, including lines of trenches, cannons and mortars and veteran troops of Lee’s Army of Northern Virginia, which included several North Carolina regiments. Capt. Henry A. Chambers (1841-1925), of Iredell County’s Elmwood community, was an officer in North Carolina’s 49th Infantry Regiment, CSA, which was among the citadel’s defenders.

Chambers was well-educated and faithfully kept a diary for his three years and four months in the military and also frequently wrote home, which preserved his thoughts and observations for us to read a century and a half later. Luckily for us, Chambers was a very fine writer. Being well-educated and being a fine writer aren’t attributes necessarily found in the same person. Such excellent first-person primary sources are invaluable for historians.

Chambers’ accounts were collected and published in “The Civil War Diary of Captain Henry A. Chambers,” May 4, 1861- April 24, 1865, (Wendell, N.C.: Broadfoot’s Bookmark, 1983), edited by T. H. Pearce and introduced with a biographical sketch by Selby A. Daniels. There is a copy of this valuable book in the Iredell County Library. Also, as this is written, there are several copies for sale through eBay.

For those who want a clear account of the battle from another source, see Bruce Catton’s “The Army of the Potomac: A Stillness at Appomattox” (1953).

In addition, Capt. Chambers’ account of the Battle of the Crater was printed in the old Mooresville Enterprise newspaper — the predecessor of the Mooresville Tribune — in the 1920s. By this time, Chambers was a prosperous attorney living in Chattanooga, Tennessee. He often took the train back to Statesville for reunions and family occasions.

The 2003 movie, “Cold Mountain,” starring Jude Law, Renee Zellweger and Nicole Kidman was based on the novel by Charles Frazier and begins with the Battle of the Crater.

I doubt many of Iredell County’s veterans kept journals during America’s conflicts since the Civil War, which is a loss to us all; the absence of such accounts will be felt by generations to come.

The name, “Battle of the Crater” needs an explanation for those not familiar with American Civil War history. As I mentioned above, Confederates had built a strong defensive works around Petersburg. Most people associate “trench warfare” with the First World War, but it was the Civil War that had first used it extensively.

Union forces had attacked the entrenched Confederates at Petersburg and had been repulsed several times when an officer in a Pennsylvania regiment had the idea of blowing up a portion of the Confederate line and then over-running the Rebel works, opening the way to Petersburg, which would open the way to Richmond, which, it followed, would open to way to victory.

The Union army had miners (chiefly men of the 48th Pennsylvania Infantry) and had the gunpowder to do the exploding, and Gen. Grant thought the idea had merit and gave the go-ahead. Troops were selected to lead the assault and a schedule of what was to happen, when, and by whom was formulated. Unfortunately for the attackers, some of their officers made last-minute changes and details were not properly attended to. Also, one of the key Union commanders, a General Ledlie, was not at his post and was intoxicated.

In all, the Confederate line around Petersburg stretched about five miles long around the city, and on the morning the mine was to explode, it was manned by some 18,000 men.

The gunpowder, 320 kegs weighing 25 pounds each, making in all, four tons of powder, was placed under a position held by a Confederate artillery battery and a South Carolina infantry brigade. It had taken about three weeks for the Union soldiers to dig a tunnel, 20 feet below ground level, the shaft five feet high, four feet wide at the bottom and two and a half feet wide at the top, and 510 feet long.

It was supposed to go off at 3:30 a.m., but the fuse went out and had to be re-lit by two very brave Union soldiers. For all the two men knew, the powder could have gone off at any moment and even angels would have been hard-pressed to collect all their body parts.

At 4:45 a.m. the explosion went off; a chasm 60 feet across and 30 feet deep resulted. Just as important, there was now a gap in the Confederate line that measured about 500 yards wide.

Wrote Capt. Chambers: “The bodies of the men [above the explosion] were torn to pieces and scattered in all directions. One of the [Confederates’] brass cannons was thrown down the hill about half way between the Confederate and Federal lines and lay there as long as those lines were occupied. It was said that some of our officers offered a big reward to any soldier who would crawl out at night and tie a rope to that cannon so that it could be drawn in, but no one ventured to make the dangerous attempt.”

Unfortunately for the attacking Union troops, their leaders failed them, and almost 4,000 brave men were killed as they followed each other into a yawning, smoking hole, so tightly packed that they had no space to re-load their muskets and the sides of the crater were too steep to climb out of.

Once the Rebel defenders recovered somewhat from the initial shock of the blast, Confederate marksmen and artillery shot into the confused mass of Union troops. It was a slaughter; they could hardly miss.

Most of the top Union leadership was comfortably far-removed from the fighting and thinking to help their men, sent more men into the crater and into Confederate bullets and artillery shells.

Whether wearing the blue uniform or the gray, we must remember that all the men in this battle were Americans. That is the real tragedy of this battle and the tragedy of the War Between the States.

Next week the story continues with some of Capt. Chambers’ account of the Battle of the Crater.

A parcel of land in Statesville, Lot 30 has seen its share of history over the years. In 1790, Patrick Hugley would sell you a half-pint of wh…

A call concerning a breaking and entering resulted in felony charges against a Statesville man.

The following deeds were filed in the Iredell County Register of Deeds office from Dec. 21-30. For more information regarding specific plots o…

The show goes on as Pat Shannon turns 80

It was four decades ago when Pat Shannon retired from the Air Force that he assumed his days in the broadcast business were mostly done. But h…

The following persons registered for assumed names in the Iredell County Register of Deeds office from Dec. 22-Jan. 21.

The Philippines, top provider of nurses, face a shortage at home

The Philippines, top provider of nurses, face a shortage at home

An ‘Independent’ party could dominate American politics, according to study

An ‘Independent’ party could dominate American politics, according to study

Russian attacks around the Ukrainian town of Vuhledar

Russian attacks around the Ukrainian town of Vuhledar 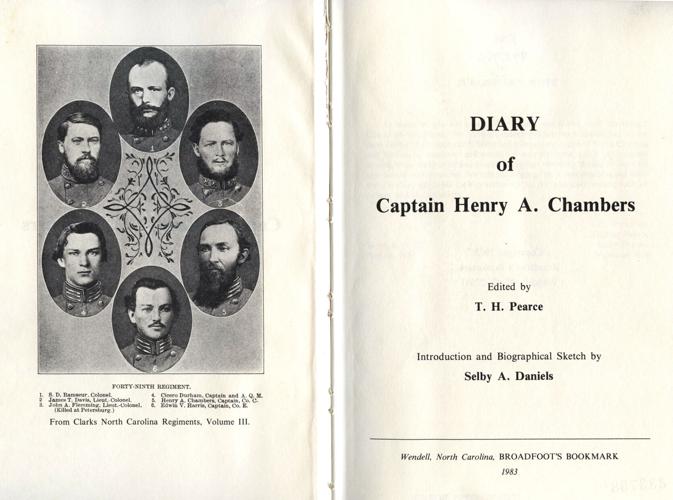 “The Dairy of Henry A. Chambers” is available at the Iredell County Public Library. 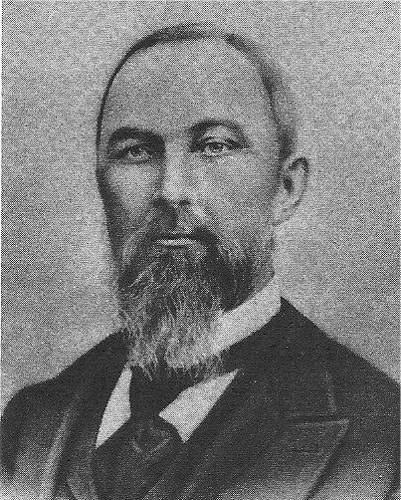 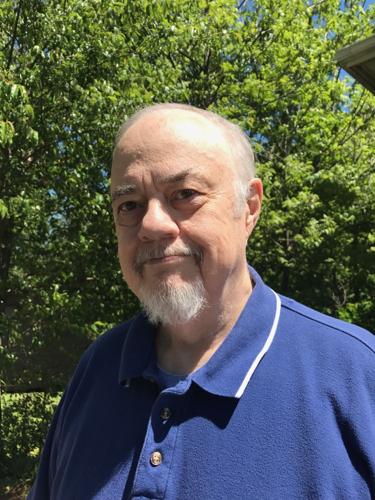