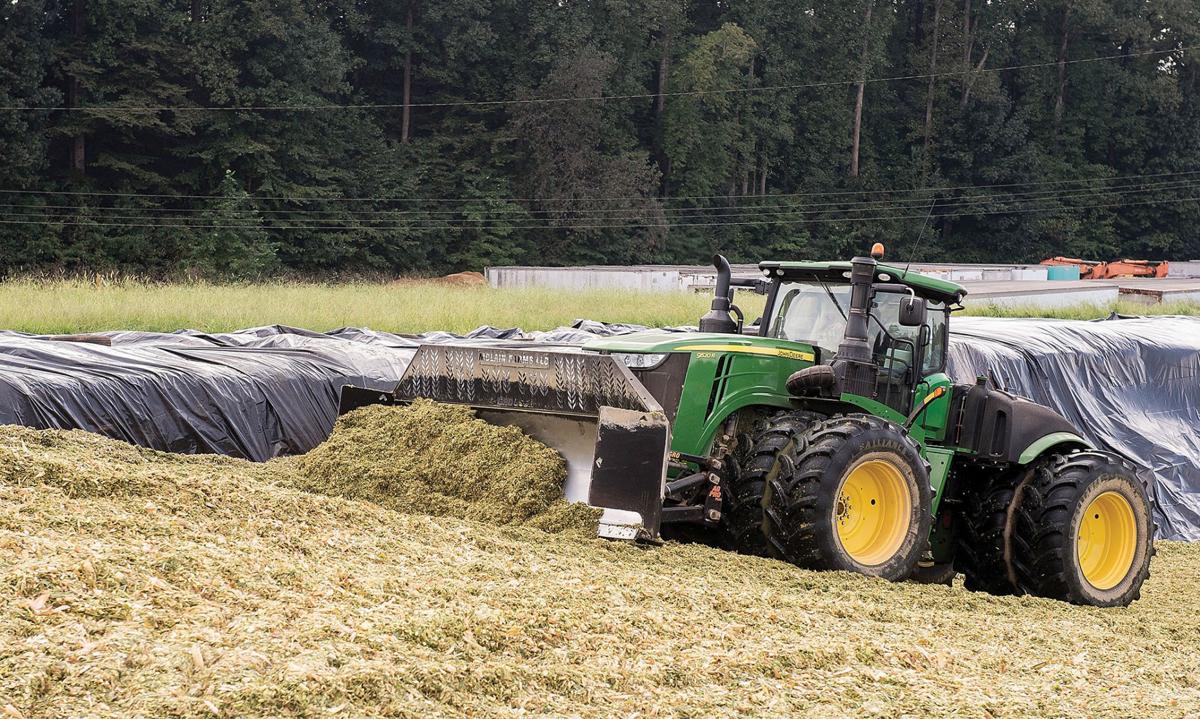 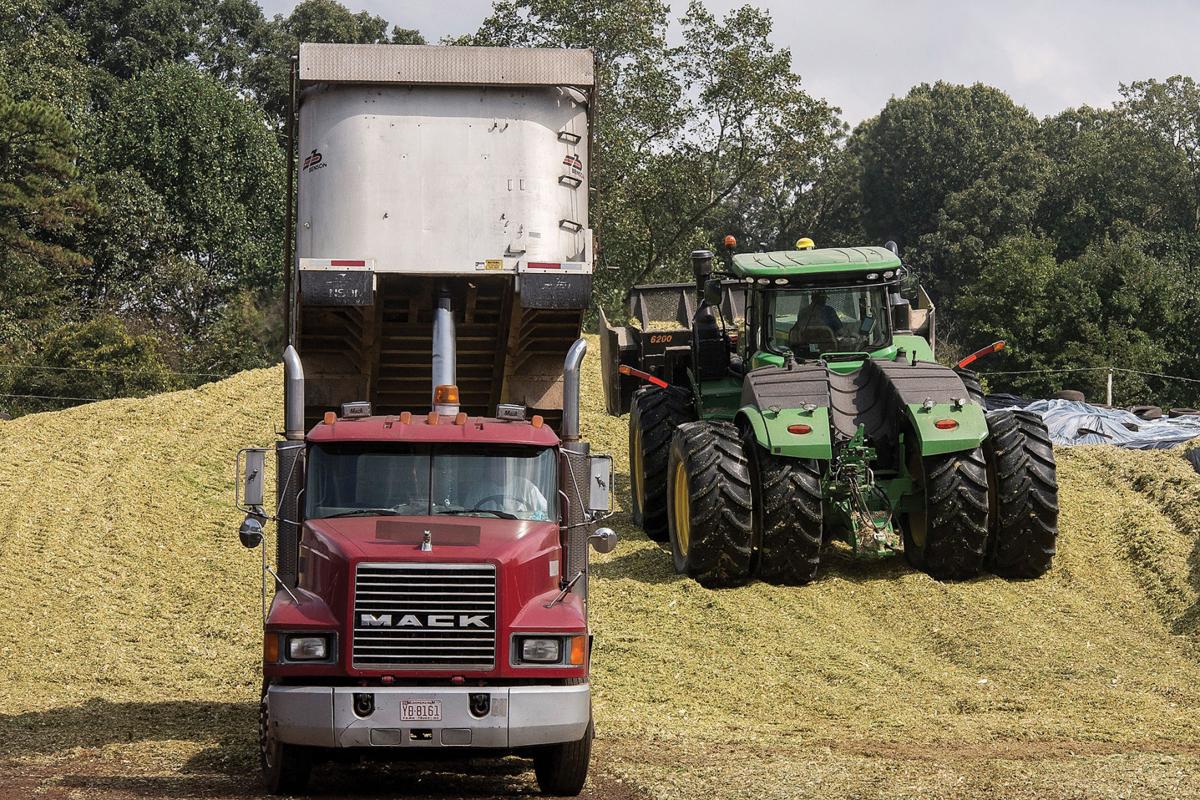 Freshly harvested corn feed is dropped off to be compacted on Tuesday at McLain Farms.

“The name of the game is getting the crop in,” McLain shouted over the machinery buzzing in the background. “We are going to get in as much as possible, and when this thing hits we will go rest.”

While most people make additional trips to the store for batteries, canned goods and bottles of water, Iredell farmers’ storm preparation looks a little different.

McLain grows corn, soybeans and other grain. It’s corn harvesting season, and farmers are already shelling corn, but the hurricane is speeding up a time-consuming process.

Harvesting isn’t just a matter of picking crops from the fields. McLain said corn must be dried before being stored. If corn is put in a grain bin while wet, it will rot. To dry it, farmers use a grain dryer powered by propane.

The drying process can be expensive.

“Of course, it costs more when you harvest so fast,” McLain said. “Because of this, farmers are probably going to spend a little bit more in propane costs.”

Farmers across the state are doing exactly what McLain is, he said. He has friends on Instagram who have posted photos of their corn fields a third or halfway harvested.

Right now, McLain is working 12 to 14 hours days, which is typical for farmers, but he is considering switching the farm over to 24-hour shifts starting Wednesday. He knows of several farmers in Iredell County who have already made the switch.

“Based on a storm like this, it makes you do things you were usually planning for,” McLain said. “If you don’t, you run the risk of losing your crop. There will still be loses.”

Soybeans, the other large crop on McLain’s farm, aren’t ready to be harvested and there’s nothing to do except wait out the storm.

“Beans can blow over,” McLain said. “If they get flooded, they get rotten or they shrivel up, depending on how much water they endure.”

“It’s making sure (farmers have) their generators working properly in the event of a storm or power outage to milk their cows,” Keith said. “Making sure they have adequate waste storage (and) they may have to discuss times to do some of their chores depending on what the storm is going to bring.”

Checking fences for possible weaknesses so they can be repaired before the storm also is important for farmers.

“(They will) take inventory of all the animals, particularly if they are out on the pasture, to know exactly how many or what location (they are) in if trees fall and fences are taken out,” she said. “Then making sure they got an emergency plan for themselves, their employees and their families.

Keith said she hopes to contact emergency preparedness officials discuss safe places for farm animals. She knows the Iredell County fairgrounds will be an option for cattle, sheep and goats.

Carrigan Farms in Mooresville is gearing up for its busy season or pumpkin picking and hayrides.

Owner Doug Carrigan said he is preparing the pumpkins for the heavy rains this weekend.

On Monday, he began applying a preventative spray on the crop to protect it from funguses or diseases that can be caused by added moisture.

“It’s like putting a Band-Aid on your crops,” Carrigan said of the spray. “Mold and mildew happens with high humidity and continuous moisture. We call it fungus among us.”

Carrigan said apples on the farm could be knocked from trees by high winds. He said he also has a strong soybean crop that could suffer from heavy rains, he said.

“We always say Mother Nature – she’s your business partner,” he said. “I learned a long time ago you can’t worry about things you can’t control. Just pour a glass of wine and relax.”

The Statesville Record & Landmark/Mooresville Tribune is offering free access to all content on our website and our online paper, through the e-edition link at the top of the home page, as Hurricane Florence continues to threaten our area, so keep coming back for updates as the storm progresses.

Hurricane Florence’s indirect effects will be felt in Iredell County long before it travels inland.

Utility trucks filled every space in the parking lot of Comfort Inn & Suites, and took up both sides of Greenland Drive.

Officials: Flooding from Florence a threat to Iredell

Hurricane Florence is likely to dump around 4 to 6 inches of rain on Iredell County before it dissipates, the National Hurricane Center estima…

Freshly harvested corn feed is dropped off to be compacted on Tuesday at McLain Farms.