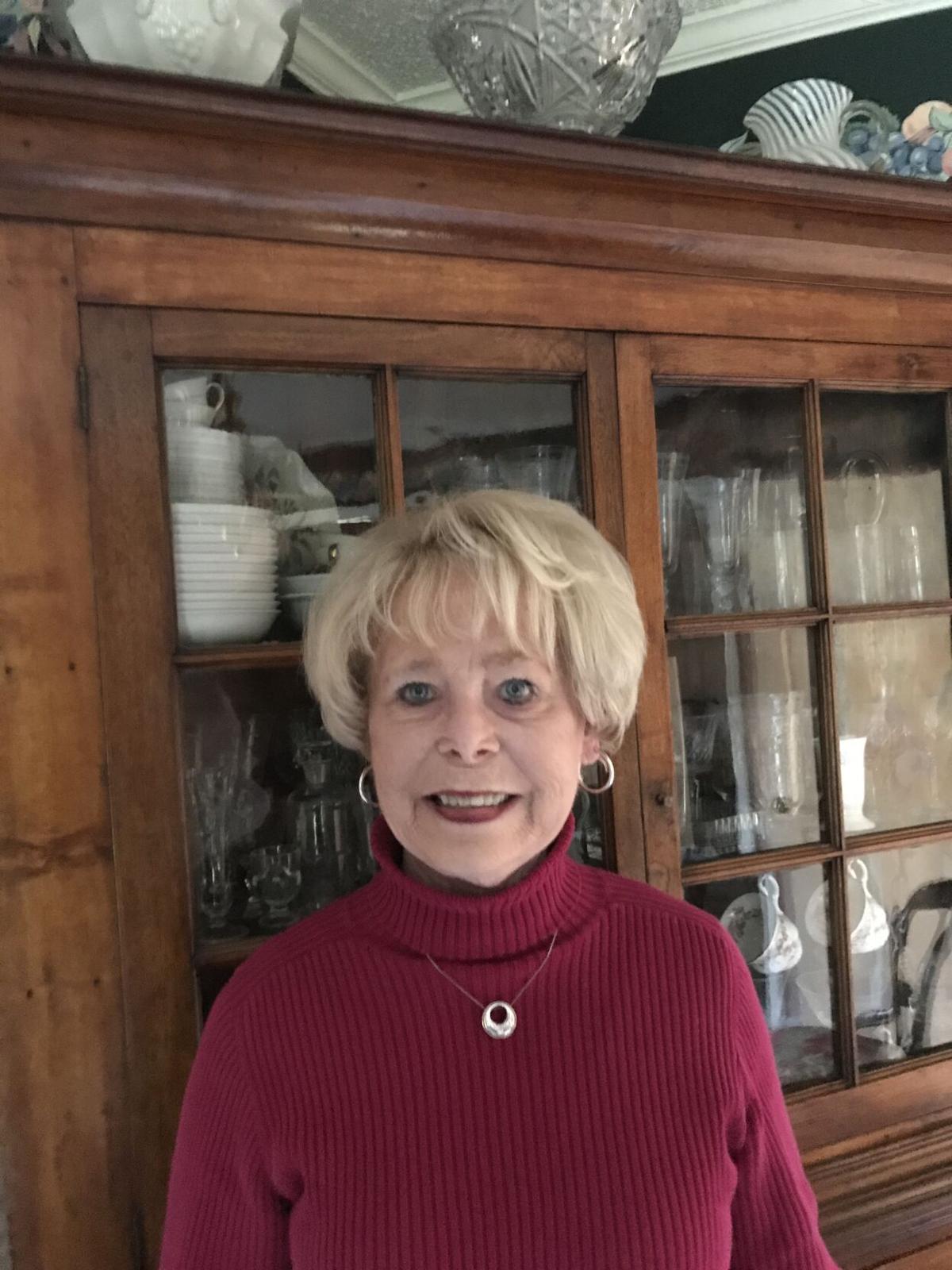 Susan Cooper Cowles Hudson is shown in front of a cupboard that belonged to her great-grandmother. 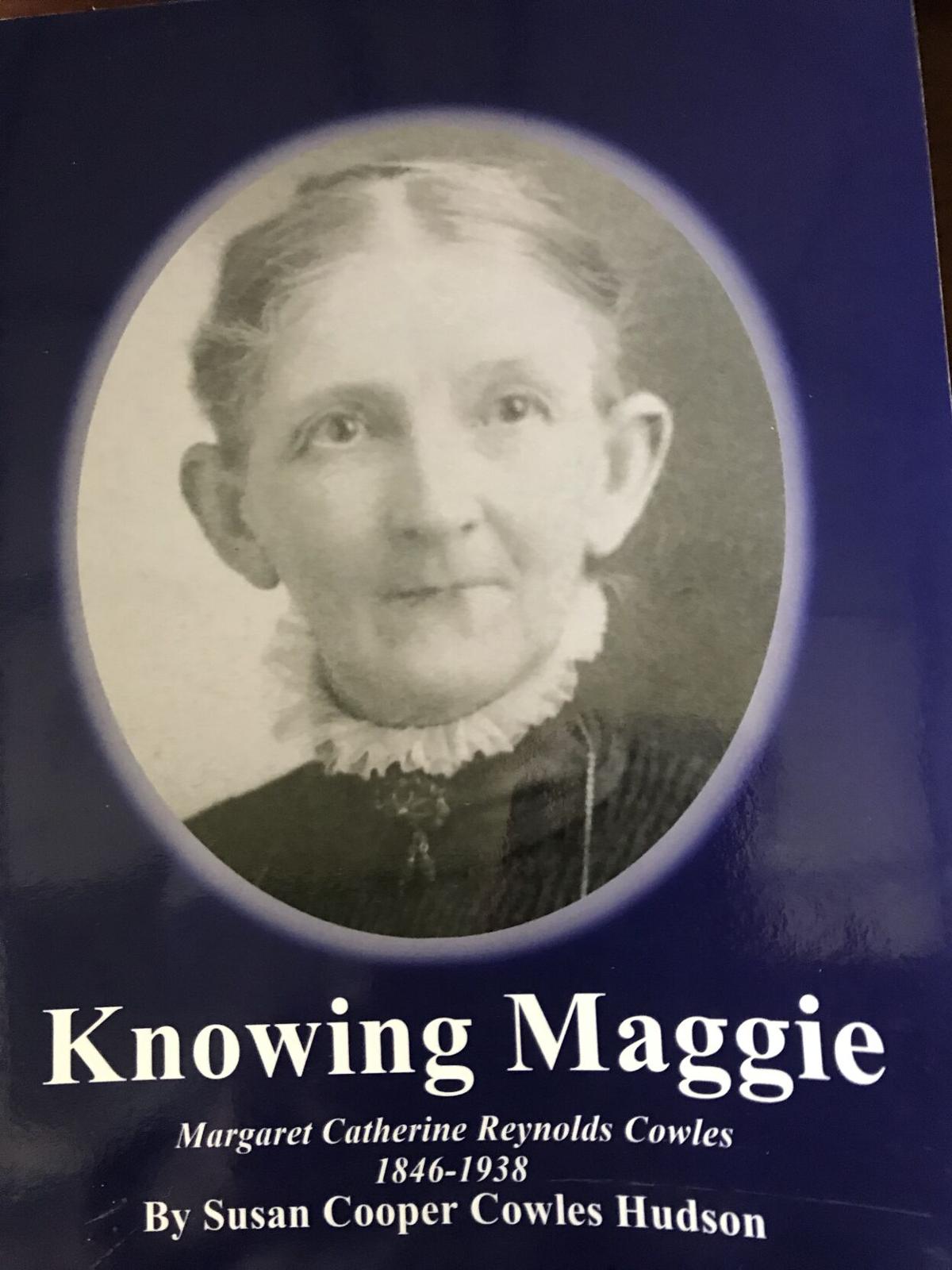 "Knowing Maggie" is a collection of letters written by and to Margaret Catherine Reynolds Cowles.

Margaret Catherine Reynolds Cowles wrote about attending college during the Civil War, witnessing the wagons rolling into Statesville for the hanging of Tom Dula and surviving in the influenza epidemic of 1918.

The letters Cowles wrote and received during her lifetime are the basis of a new book by her great-granddaughter, Susan Cooper Cowles Hudson. “Knowing Maggie” is a glimpse into the life of a woman who was a witness to history in Iredell County in the 1800s and into the 1900s.

Hudson, who now lives in Burlington, said she discovered the letters her paternal great-grandmother wrote or received while she and her husband were researching their family genealogy.

A native of Statesville, Hudson already had ties to the woman she never met through family heirlooms that had been passed down to her. An antique cupboard, crocheted pieces and a butter dish from the 1800s that belonged to Maggie are now in her possession.

However, she knew little about Maggie as a person. That changed when they ran across letters, some in the hands of historical societies and others in private collections. “I wanted to explore her life and write something about her,” Hudson said.

So she set about obtaining the letters she could and they offered an insight into a woman who attended what is now Mitchell Community College but at that time was called the Concord Female Academy. Maggie began boarding at the academy at the age of 10 in the 1856-57 school year.

In “Knowing Maggie,” Hudson includes an essay written by her great-grandmother on the importance of a well-spent youth. The book also includes letters written from relatives serving in the Civil War to Maggie.

Hudson said one of her favorite letters is one Maggie wrote to her father, who was in Illinois. The letter describes the scene as Tom Dula was brought to Statesville to be hanged for the murder of Laura Foster in Wilkes County. She writes about the beautiful morning and how it was “exceedingly warm when in the sun.”

Maggie wrote about her dismay at seeing wagonloads of people going to witness the hanging. “They do not seem to realize how terrible of a thing it is. I am astonished at the hardness of heart displayed, so many coming, even women – one wagon passed by just now with two men, three women and two little boys in it. Why I would not witness such a sight for worlds, even the thoughts of such are horrible to me.”

In the same letter, she transitions to writing about her health, her anxiousness to get her trunk (with some much needed things) and her disappointment that a relative went home and she didn’t get to go along.

The letter ends with Maggie telling her father her trunk is at the depot and that Dula has made a partial confession.

Maggie’s letters later detail her courtship with her future husband, her wedding dress and her married life. She and her husband, Hugh, had four children, including two who died as young children.

Hudson said putting this book together took about 18 months and opened her eyes to the incredible woman she’d never known. She learned Maggie was a Christian, was caring, hard-working and able to deal with whatever life dealt her. She was also a charitable woman. ‘She donated lots of plants. She loved to grow things and donated plants to auction for charity,” Hudson said.

When she began reading Maggie’s letters, Hudson said, her desire was to learn more about the life she led. “I am truly the keeper of the letters,” she said. “In reading these letters, I really did get to know her. I am so grateful I did this,” she said.

“Knowing Maggie” is available on Amazon.

Police: Mooresville man shot in the arm during home invasion

The Mooresville Police Department is investigating a home invasion that resulted in one person being shot.

Lee Tillery, director of the High Point Parks & Recreation Department, has been elected to serve as president of the North Carolina Recrea…

Susan Cooper Cowles Hudson is shown in front of a cupboard that belonged to her great-grandmother.

"Knowing Maggie" is a collection of letters written by and to Margaret Catherine Reynolds Cowles.