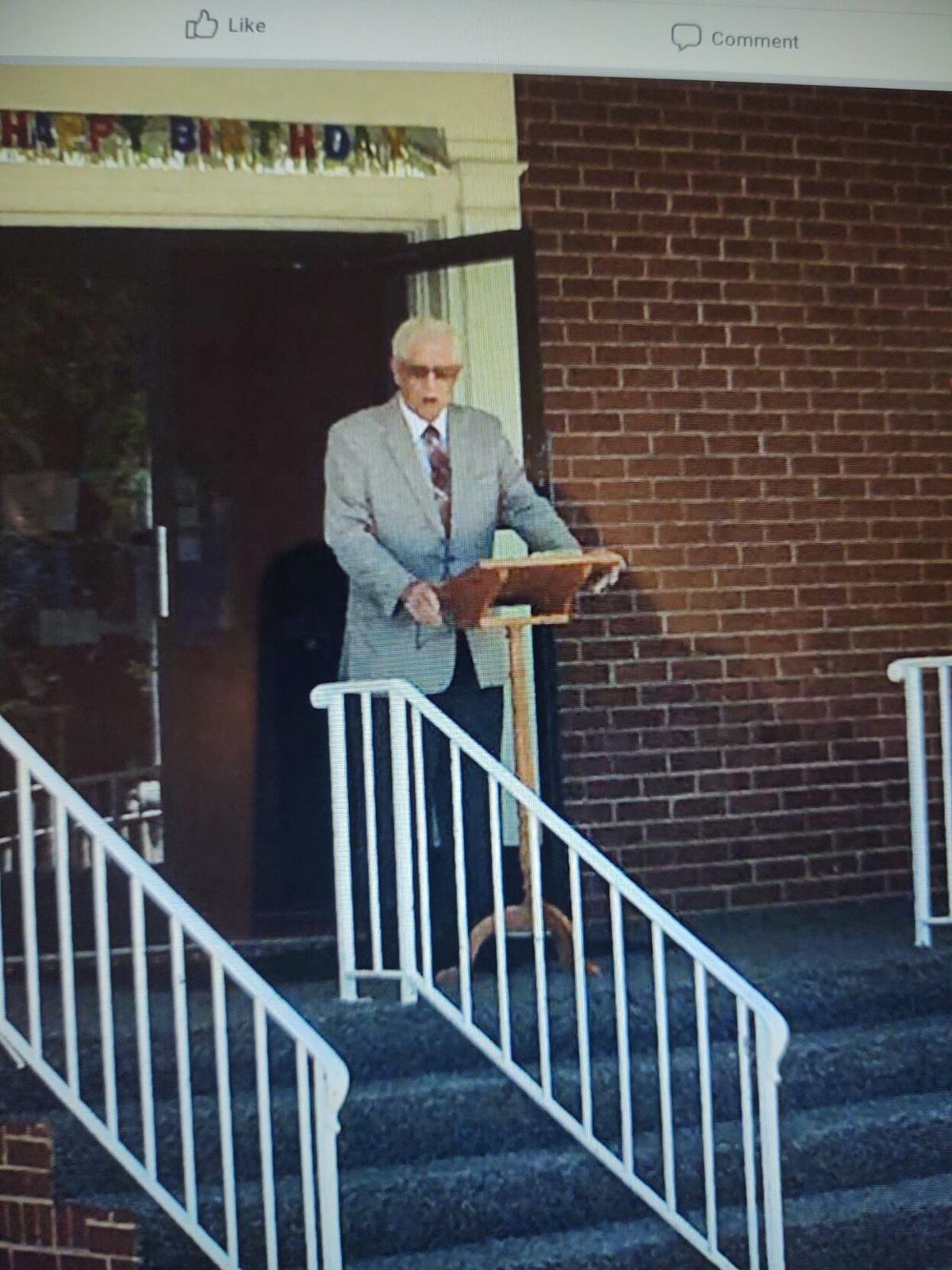 The Rev. William Wease preached his last sermon at Union Chapel Baptist Church after 60 years in the ministry. 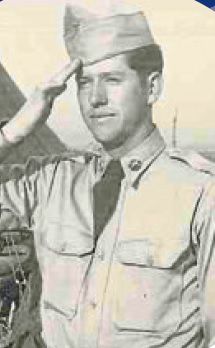 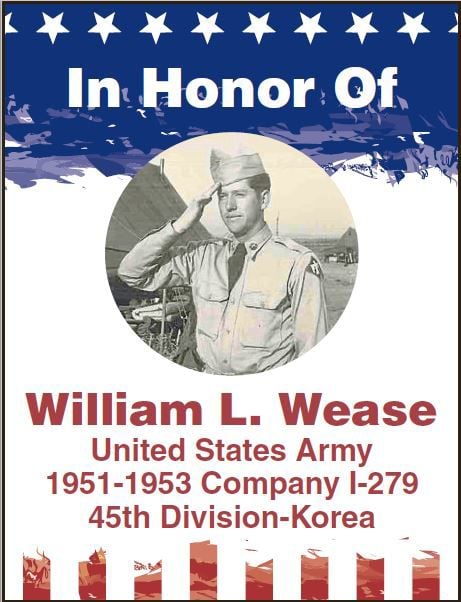 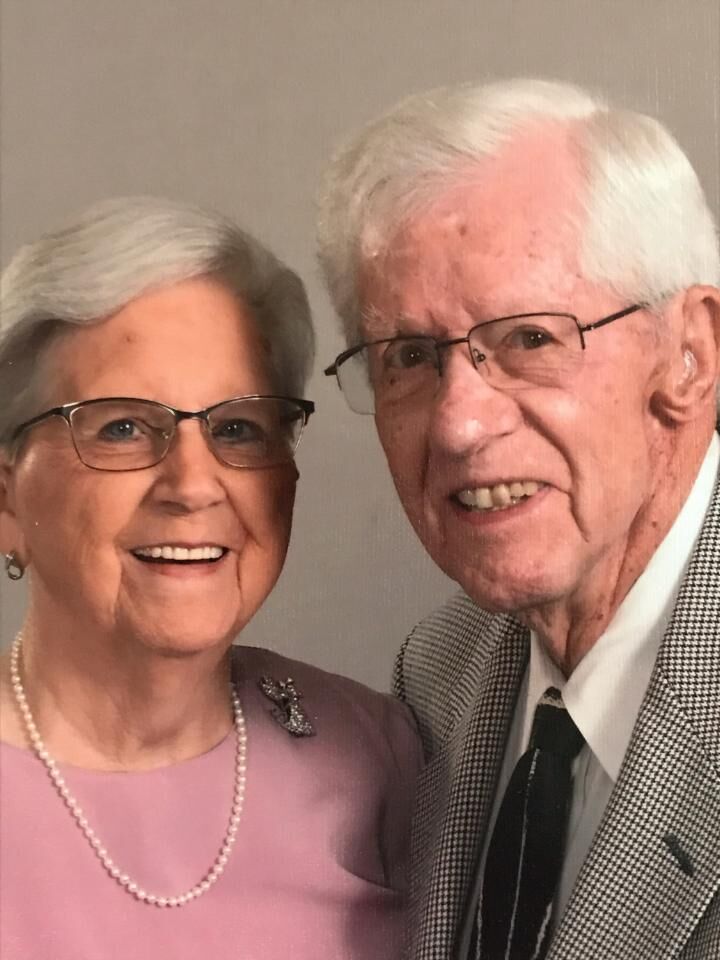 When William Wease returned home after more than 18 months in the infantry in Korea, he decided he didn’t want to return to his pre-war job in a mill.

Decided might not be the best word to describe why Wease made a career change. He described his next move as a calling, and indeed, it must have been since he’s still at it 60 years later.

Recently, the Rev. Wease and his wife, Lois, were recognized for their 15 years of service to the congregation of Union Chapel Baptist Church. Another milestone was also honored as it was the Wease’s 60 years in the ministry and it marked the end of his tenure at Union Chapel. He is stepping down due to health reasons.

Wease, who turned 90 on July 19, began his service to others as a 20-year-old. He came home from that job in a Lincolnton mill to find a letter containing his draft notice. That was in early 1951. By the end of January, he was on his way to a base in Maryland and then to Camp Polk in Louisiana for basic training. After a two-week visit home, he went to Oakland, California for the first leg of his deployment to Korea.

He was assigned to the 45th Infantry, Third Battalion, 279th Regiment as a rifleman.

He remembers the bone-chilling cold that left him with frostbite. “When we walked around in our boots, our feet would sweat, and then when we stood still, our socks would freeze to our feet,” he said. He recalled one time when he was on the move so often he wasn’t able to take his shoes off for 30 days.

Returning home after experiencing the worst of war, Wease was attending Reepsville Baptist Church in Vale and answered the call to become a minister. He went to Fruitland Bible Institute in Hendersonville and, after graduating, spent a few years at a church in Boone. He then came to Statesville, a place he would make his home, and spent more than 16 years as minister at Hebron Baptist Church.

Retirement wasn’t in the cards for Wease as he took on the role of interim pastor at Linney’s Grove Baptist Church. That interim role lasted 12 years, and then it was on to Union Chapel Baptist Church.

For 15 years, he served the church, as did his wife, Lois.

The congregation honored the Weases, who were joined at the service by their sons, Bill and his wife, Janet and Allen and his wife, Phyllis and their grandson, Nathan.

The Rev. Robin Miller, assistant pastor, presented the Weases with a plaque and a monetary gift from the congregation. Miller and church deacons talked about what the Weases meant to the church family and how they will be missed.

Mrs. Wease, in addition to serving alongside her husband at the church, spent 31 years as a coordinator and volunteer at Iredell Memorial Hospital and remained in that capacity until stepping away to care for her aging mother.

Wease’s service goes beyond his tour of duty in the Army and his work as a pastor. He is described as a pillar to the community for the past 44 years. He has served on the board of directors for Ebenezer Volunteer Fire Department for many years, ministered in the local prison and hosted a radio ministry.

The Weases, as said in their recognition ceremony, live their lives as the Bible teaches - ”Love thy neighbor as thyself” and “Do unto others as you’d have them do unto you.”

Cocaine, crystal methamphetamine and marijuana were found inside a vehicle after a traffic stop and a man and woman from Greensboro are facing…

The U.S. Geological Survey confirmed that a 5.1 magnitude earthquake centered around Sparta shook homes throughout parts of North Carolina, Vi…

A Statesville woman faces charges after authorities said she continued to contact someone despite a court order to not do so, said Iredell She…

An undercover operation led to the arrest of a Troutman man on drug charges.

Most departments have been able to provide services with little disruption

As we move into our fifth month of quarantine due to COVID-19, the City of Statesville is very pleased to report that most of our departments …

The Rev. William Wease preached his last sermon at Union Chapel Baptist Church after 60 years in the ministry.