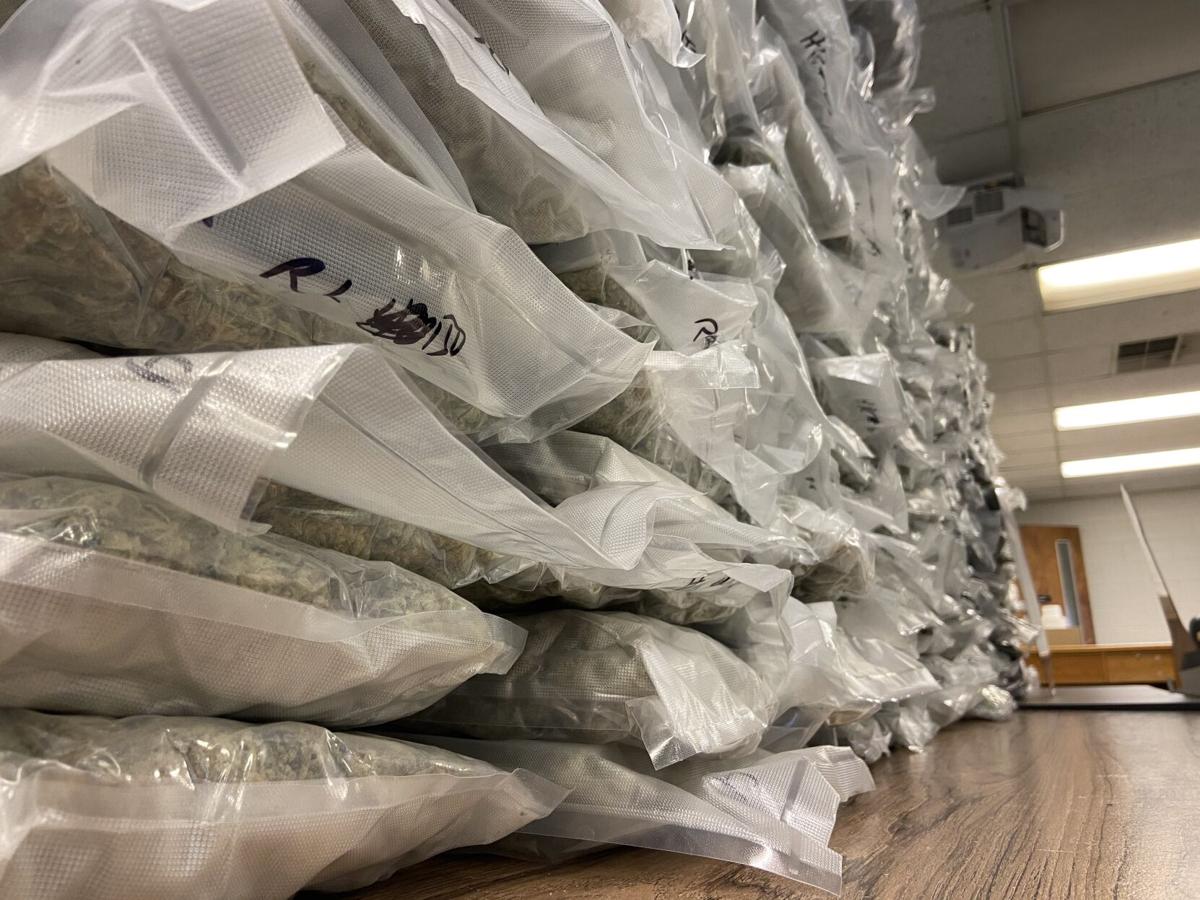 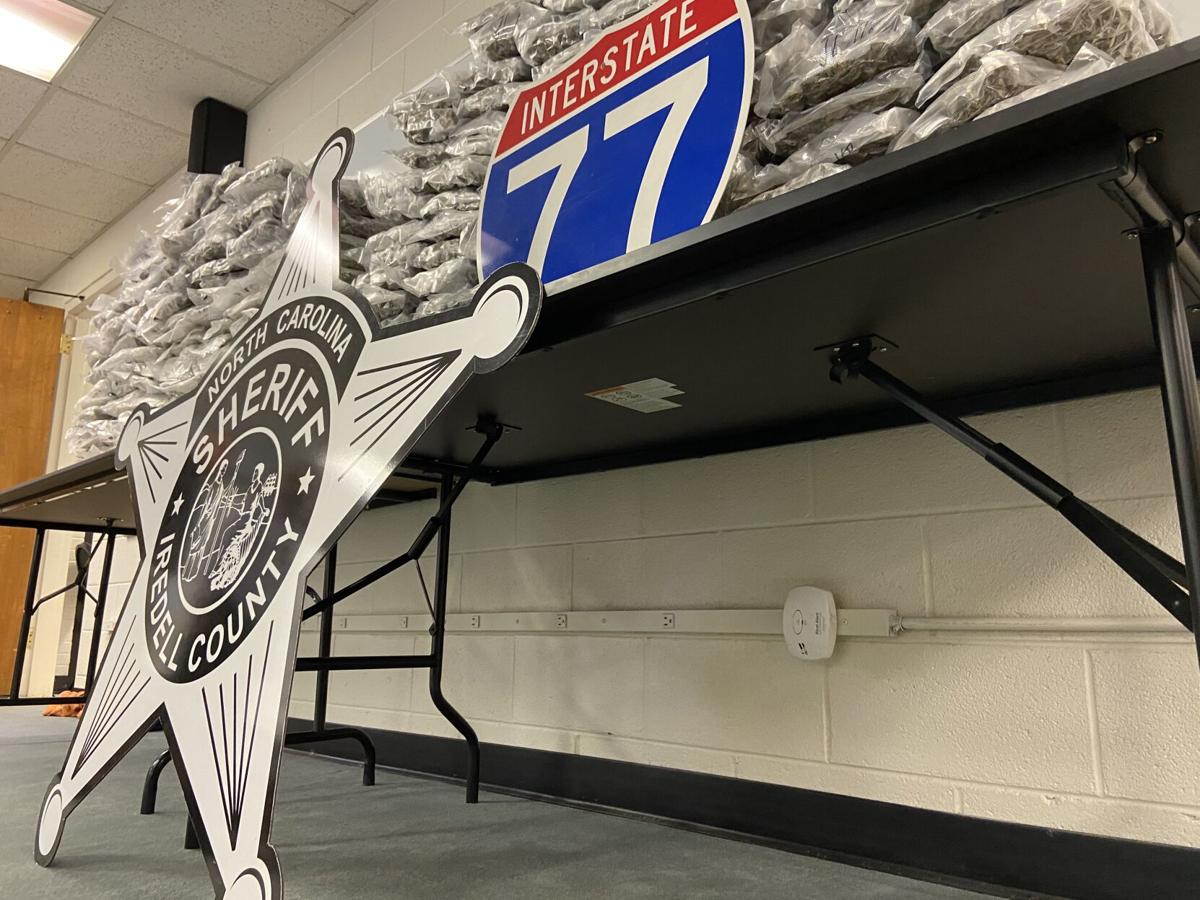 The marijuana seized in a traffic stop is shown. 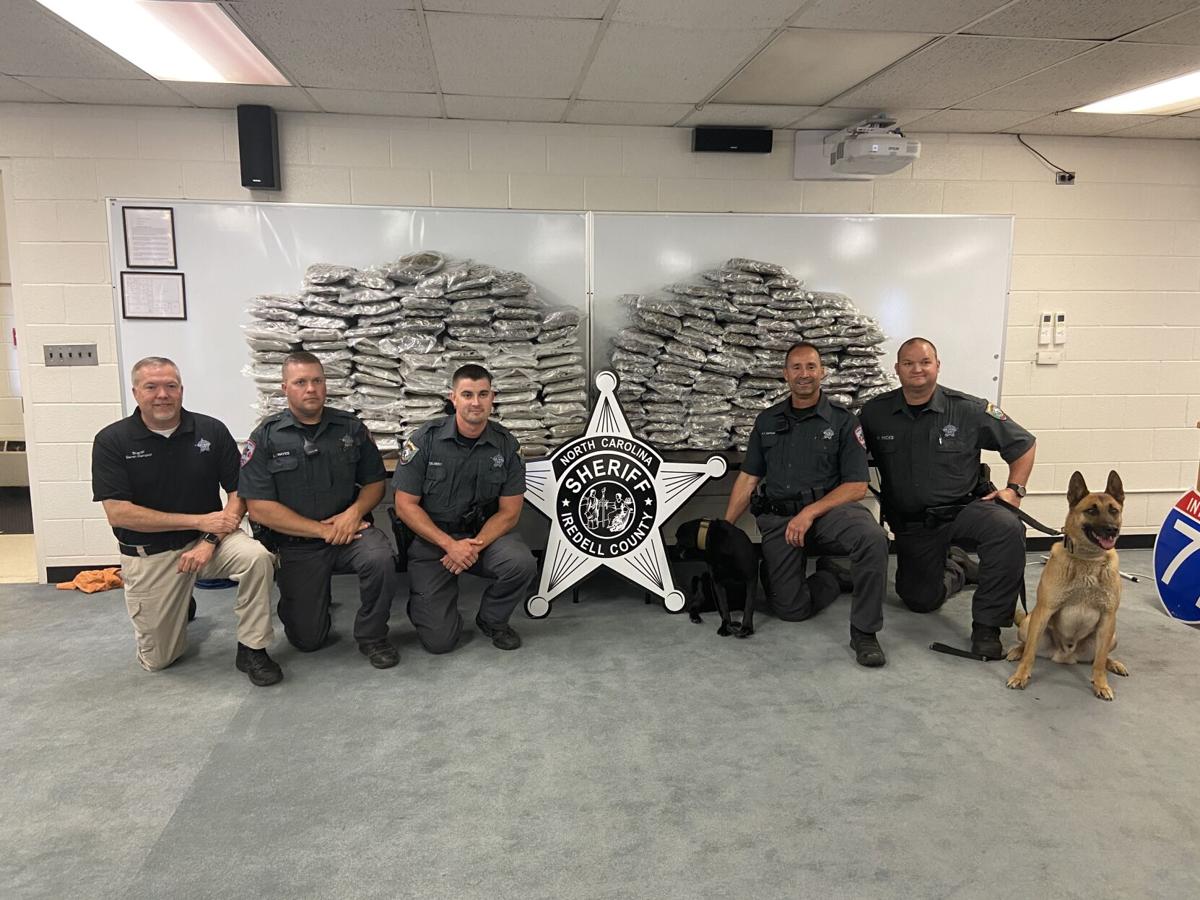 The Iredell County Sheriff’s Office seized around 250 pounds of marijuana on Thursday in a pair of traffic stops and they said the two are linked.

The stops were made on Interstate 77 southbound about an hour apart. While Sheriff Darren Campbell said the two stops happened independently, he said evidence from the second stop linked it to the first. He said the deputies’ work at identifying potential drug smugglers was why, despite not knowing at the time, the two stops both happened.

“We know these cars were running together, it was just coincidental that we were able to identify and stop them through their trained experience, recognize them as drug smugglers,” Campbell said. “We’re the second oldest interdiction unit in the state, so there’s a lot of experience and a lot of skill inside that. They know what to look for.”

The Iredell County Sheriff’s Office Interstate Criminal Enforcement has been around since the turn of the century, Campbell said.

Campbell said while they are still gathering evidence and investigating the origins of where the marijuana and the two drivers came from but said by the amount seized, he suspects organized crime.

“You can tell this is not personal use, it’s cartel-controlled weed at some point. We don’t know which border its from but this isn’t something that your average person would be transporting. This is obviously a smuggling group, a cartel group, smuggling it through the I-77 corridor. “ Campbell said. “For us to be able to eradicate that definitely has an impact somewhere. If not locally, maybe in Charlotte, we know they were traveling south.”

He also mentioned the quality of the marijuana appears to indicate it was grown in a professional manner.

According to a news release from the sheriff’s office, Xuequan Lu of Brooklyn, New York was driving the first vehicle. After talking to the driver, deputies used a dog named Bosco to search the vehicle. In the vehicle Lu was driving, 118 pounds were seized from the trunk, Campbell said.

The sheriff’s office said the next driver, Xengming Li, of Woodstock, Georgia, was pulled over after he passed the first stop and did not move over to the left lane which is part of the move over law At that point, Campbell said, there was suspicion that the two were connected. Another K-9, Abby, was used to search Li’s vehicle and 138 pounds of marijuana were found in the trunk, Campbell said.

Li and Lu were then taken to the Iredell County Sheriff’s Office Narcotics Division for additional investigation. During that time, the sheriff’s office concluded the two were traveling together with a third vehicle, which was not located.

“By removing this much illegal marijuana from the streets, it makes an immediate impact on the drug dealers who profit from this, today we made a dent in their pocket and sent a message about hauling drugs through Iredell County,” Campbell said in the release.

The Iredell County Sheriff’s Office named Tyrell Dantaye Daniels as a suspect in a homicide investigation.

Retired Judge Deborah P. Brown was honored with the Order of the Long Leaf Pine

Retired Judge Deborah P. Brown was honored with the Order of the Long Leaf Pine at a ceremony held June 8 at the Iredell County Hall of Justic…

36 years ago, 'Bitter Blood' killings left four dead on an NC highway — and a trail of bodies behind them

In 1985, Fritz Klenner and his first-cousin and lover Susie Lynch took their lives in an explosion. Lynch's sons were poisoned and shot; five other family members were killed.

GREENSBORO — Days after a baby girl was found safe in a stolen vehicle, the child's mother is speaking out about the "traumatizing" experience.

The marijuana seized in a traffic stop is shown.