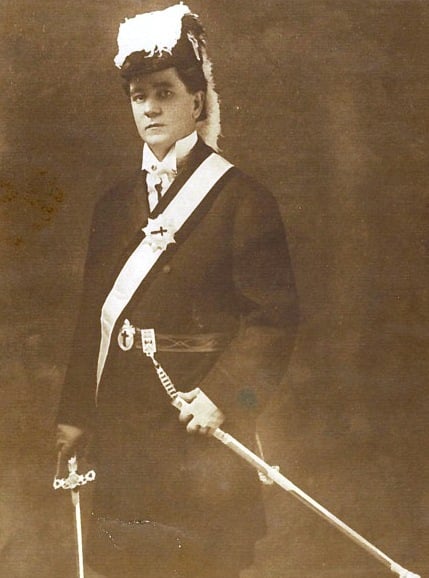 "Diamond Jim" Lucas was known as a cultured man with famous friends and impeccable taste. He lived in the home now known as the Lucas Mansion until his death in July 1952. 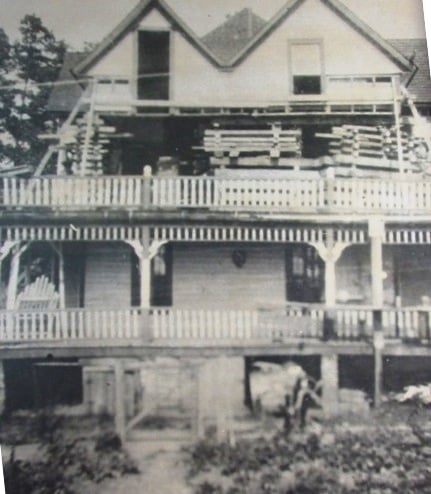 Jim Lucas added a floor to the mansion in 1914 by raising the roof and creating a new second story. 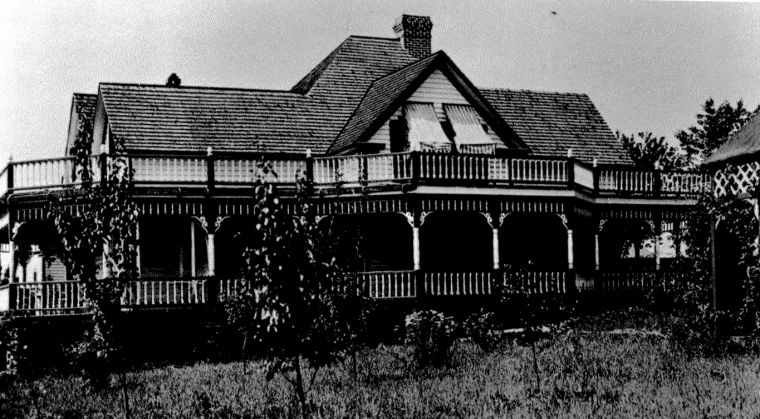 The Lucas Mansion as it was seen prior to 1914. 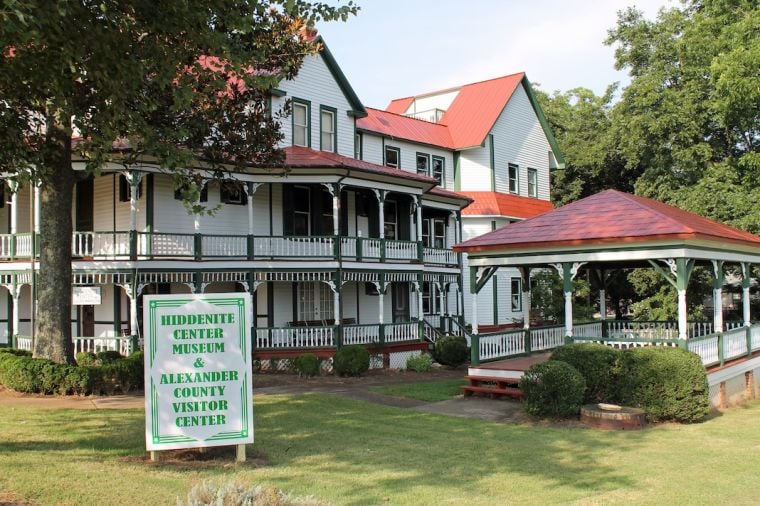 The Lucas Mansion today serves as a museum and visitor center.

The Hiddenite Center, in Hiddenite, Alexander County, invited the community to a celebration this past Thursday evening of the 100th anniversary of the enlargement of Lucas Mansion. The event was held, fittingly, in the Lucas Mansion Gallery. The celebration included an exhibition of newly discovered Lucas artifacts and photos illustrating the story of the remarkable, unique mansion, now a museum and Alexander County Visitor Center. Attendees were encouraged to share their own remembrances and oral histories of the landmark. The celebration naturally featured birthday cake and punch for guests.

The "Lucas" in the Lucas Mansion was the name of a dandy named James Paul Lucas, called "Colonel Lucas" by some and "Diamond Jim" by others. The son of James F. Lucas, a former Confederate soldier -- said to have been a bugler for Gen. Lee, and Sarah Elizabeth Lucas, James Paul was from Blacksburg, S.C., and made his fortune as a dealer in diamonds for the New York firm of Samstag and Hilder Brothers.

The difference between being a crackpot and being merely "eccentric" seems to depend on the size of one's bank account. Case in point: James Paul "Diamond Jim" Lucas.

Nowadays, interesting and educational displays and performances are continually being presented at the Lucas Mansion, 316 Hiddenite Church Road, but the three-story, 22-room dwelling was James Paul Lucas' primary home from 1929 until his death at the age of 73 in July 1952. Lucas had bought the building and land in 1908. The house was constructed as a one-story dwelling around 1900.

When Lucas purchased the Queen Anne-style building, another story had been added. How it became the three-story edifice it is today is a story itself and shows what can be done with a little imagination and a hefty bankroll. One might say he literally "raised the roof."

In 1914, Mr. Lucas decided to add another floor by separating the two existing floors horizontally and inserting another floor between them. “As the house was slowly raised, inch by inch, a group of local carpenters would insert lumber of various sizes until the desired height was reached and the third story was added,” commented Allison Houchins, the Hiddenite Center's director of education. “Ironically, what we now know as the second floor is the newest part of the original structure.”

The addition of a third floor interposed between the existing two others was regarded by some as a local folk tale until a photograph of the almost-unbelievable engineering feat surfaced.

The additional space was needed because Mr. Lucas was a collector. At the time of his death he had 184 valuable clocks in his mansion. The timepieces were stored in the First National Bank of Hickory until his estate was settled. Mr. Lucas also had a vast collection antique furniture, china, silver, ivory and bronze objects of art, as well as oil paintings, antique firearms, jewelry, curios, historical relics and so forth. Some of the objects in his collection were gifts to Mr. Lucas from noted international figures.

For instance, he was said to have had a smoking pipe once owned by the Czar of Russia, boxing gloves once worn by pugilist John L. Sullivan and some of Buffalo Bill Cody's Western paraphernalia. Bedecked with jewelry when he went out as befitted one of his station, he was said to have carried on his person a revolver, a gift of his friend Mr. Wesson, of the firm of Smith & Wesson.

For a century now, the Lucas Mansion has been a place known for its culture, the arts and the finer things in life.

Lucas traveled in rarefied air. Besides being a Mason, Lucas was also an honorary "Kentucky Colonel," appointed by the governor of the Bluegrass State, the Honorable Simeon Willis, in 1935. Thereafter, Mr. Lucas was usually referred to as "Colonel Lucas" in the newspapers.

It was in 1929 that he made Hiddenite his usual residence, although he moved his parents to the Hiddenite mansion some years before he joined them there. He also had homes in Baltimore and in California and was a noted world traveler. Reportedly he had made 187 "extended business and pleasure trips" around the globe and "had visited every town in the U.S. with a population over 5,000."

He was said to have been a particularly close friend of President Harry Truman and he frequently was host to important people. Never married, his widowed niece, Mrs. Ethel Pendings, served as hostess in the rambling home for 23 years.

As befits any eccentric building older than a century, there are persistent rumors that the Lucas Mansion is haunted. According to historian Daniel W. Barefoot, faint melodies and the tramp of marching feet are said to originate in a room on the third -- previously second -- floor. Also, a lovely phantom damsel is said to say, "Beware! Beware!" to people in a room on what is now the second floor.

The Lucas Mansion is Alexander County's sole site listed in the prestigious National Registry of Historic Places. It was purchased by Eileen L. (Mrs. R.Y.) Sharpe, of Winston-Salem but formerly of Hiddenite, in 1981 with the object that the building become a museum and learning center.

James Paul Lucas would, I believe, be pleased that 62 years after his passing his home continues to be a center of the arts, a place that is associated with the finer things in life, which the public knows is a mecca that presents them with a wider view of the world.

Even if you missed the 100th Birthday Celebration, the Lucas Mansion is worth a visit. Hours are 10 a.m. to 4:30 p.m. Monday to Friday, 10 a.m. to 3 p.m. Saturday. Closed Sunday. Telephone: 828-632-6966. Also see info@hiddenitecenter.com. Advance reservations requested for groups of 15 or more. The center is located three blocks north of Highway 90 in Hiddenite on Hiddenite Church Road. There is a small admission charge.

The mother of a 5-month-old baby who died after being left in a car for several hours Sunday is facing a manslaughter charge.

A 21-year-old man was found shot to death Thursday evening behind an abandoned house on Fourth Street.

"Diamond Jim" Lucas was known as a cultured man with famous friends and impeccable taste. He lived in the home now known as the Lucas Mansion until his death in July 1952.

Jim Lucas added a floor to the mansion in 1914 by raising the roof and creating a new second story.

The Lucas Mansion as it was seen prior to 1914.

The Lucas Mansion today serves as a museum and visitor center.