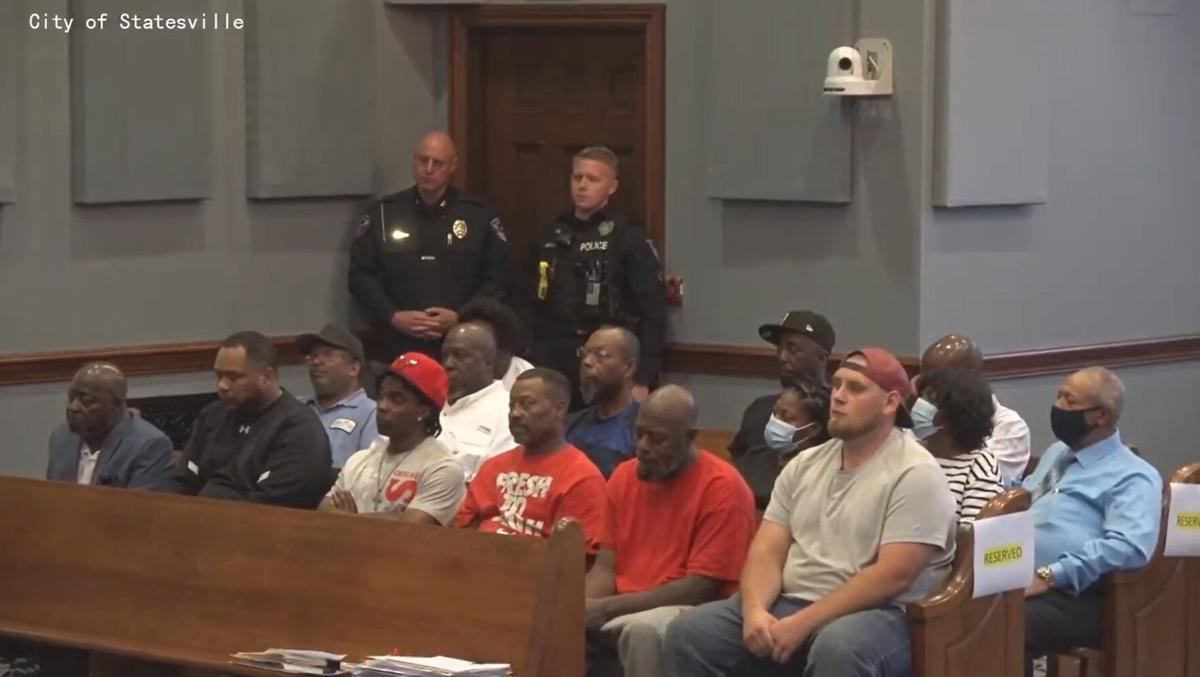 Sanitation workers are seen listening as Statesville Mayor Costi Kutteh proclaims the week of June 17 as Waste and Recycling Workers Week in a screenshot from the city's broadcast of Monday's city council meeting. 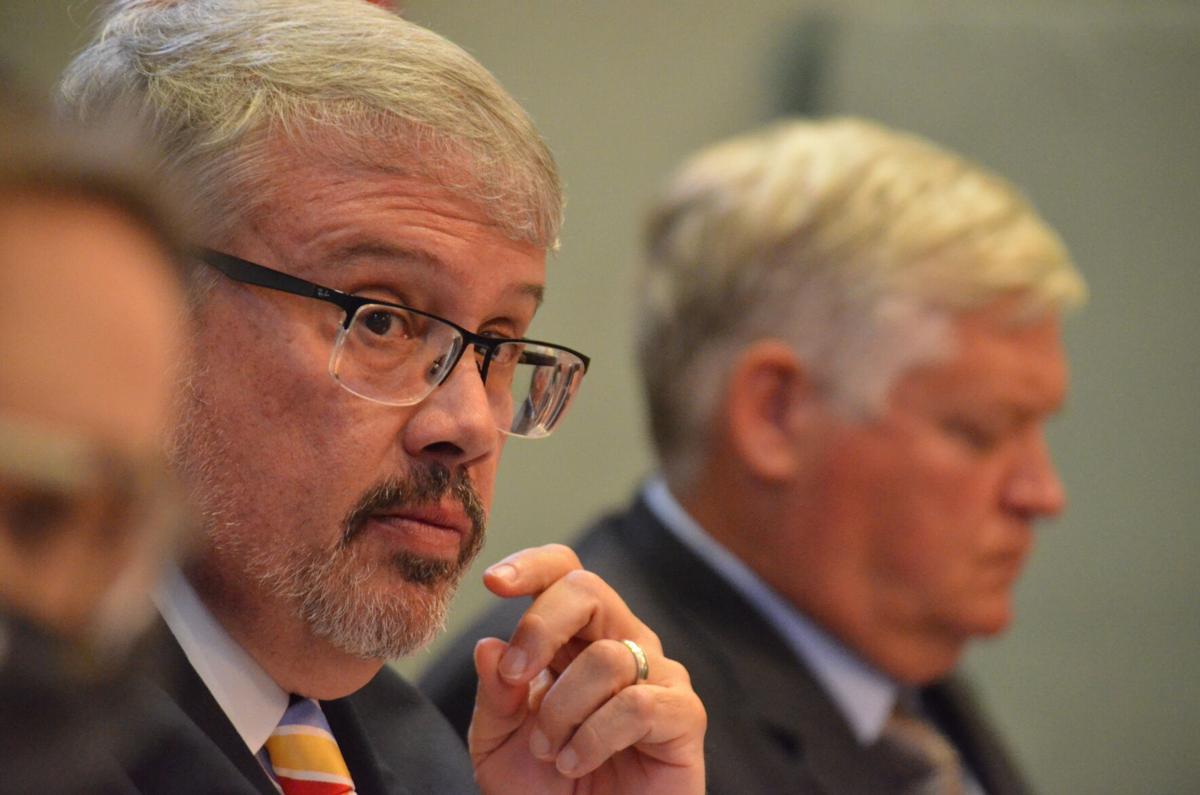 Statesville City Councilman William Morgan listens during a meeting in May.

The city was debating the first reading of a request from True Homes for a conditional rezoning request of five parcels of land along Amity Hill and Whites Mill roads. The motion to change it from a mix of residential zones to R-8 MF Conditional Zoning Cluster Subdivision.

It passed 5-3, with Staford, Steve Johnson, and C.O. Johnson voting against the motion.

The city’s action request said the current tax value for the land is $936,680 as of 2020 but the applicant estimates that with the site development infrastructure improvements, but prior to homes being built, the property will be valued at approximately $11 million. The developer plans a new subdivision of approximately 380 residential units: 272 single-family residential lots, 48 duplex units, and 60 townhomes on the land.

There was a concern with the possibility of graves on the land, but with conversations with previous property owners and after consulting historical records, only one was found. That part of the land would not be disturbed according to True Homes’ request, and would still allow access to the area. There was also a concern with the power lines, which the developer was working with Duke Energy to see if those lines could be moved.

A traffic impact analysis noted several changes with road width needed to comply with the North Carolina Department of Transportation’s standards, as well as a need for turn lanes going on to the property. Planning Director Sherry Ashley said the planning department hopes to have a plan in place by June 21, the next council meeting.

Staford had concerns with if all the infrastructure issues such as crosswalks were included, but Morgan interjected, stating that as a concept plan, not every detail needed to be stated at this time. He noted True Homes had tried several times to have the city vote on the first reading, but it had been delayed several times to address various issues the city had.

Morgan then made a motion to vote on the rezoning request, noting the developer had said they were willing to make any changes the city or state requested to address traffic-related issues.

While the second reading of the motion is planned for the next council meeting, Mayor Costi Kutteh said it could be postponed while the details of the traffic impact analysis were hammered out.

The council also debated the passing of its text amendments to the Unified Development Code filed by the City of Statesville, amending article four which deals with nonconforming land uses.

The city considered cutting the down the period for property that is nonconforming and involved with historic districts from one year to six months, which then the property would be required to conform if the land was unused for that time period.

Staford brought up a concern he stated before, which is that these nonconforming issues are damaging to the community as a whole when it’s a zone like a historic district. In particular, he mentioned the case of multi-family homes located in a historic district.

Ashley clarified that if a multi-family building, not just a single unit, went dormant for six months, it would have to convert to conform with the rest of the zone. Staford said it would discourage investment buying of properties and encourage owners to buy and occupy the properties if the nonconformity window changed from 12 months to six. Steve Johnson said it was the council’s duty to balance out the competing concerns, but sided with it being 12 months so that the city doesn’t get too involved with people’s property use.

Ultimately, the council voted 7-1 in favor of keeping the time period at 12 months, with Staford voting against it.

The city approved the first reading of an ordinance to demolish a home at 321 Newton Ave. for being unfit for human occupancy. The city said it will recoup the cost, using foreclosure if necessary. No one spoke during the public hearing.

It considered the same action for a dwelling at 325 Monroe St. because it is unfit for human occupancy but in better condition than the Newton Avenue home. Marnie Hart of Zen Homes spoke during the public hearing and said the company was willing to try and rehabilitate the property. Ultimately, the council voted on a motion to board the house, which will be levied as a lien, and would foreclose if not paid. That carried unanimously.

The city recognized June 19 as Juneteenth, which is the holiday to celebrate the emancipation of those who had been enslaved in the United States, which happened in 1865. The proclamation also recognized the contributions of Black people in Statesville.

The city also recognized Waste and Recycling Workers Week, which is the week of June 17. Several members of the Statesville Sanitation Department were on hand for the reading of the proclamation. Kutteh praised the workers for their contributions to keeping the community clean and healthy through their work.

Sanitation workers are seen listening as Statesville Mayor Costi Kutteh proclaims the week of June 17 as Waste and Recycling Workers Week in a screenshot from the city's broadcast of Monday's city council meeting.

Statesville City Councilman William Morgan listens during a meeting in May.