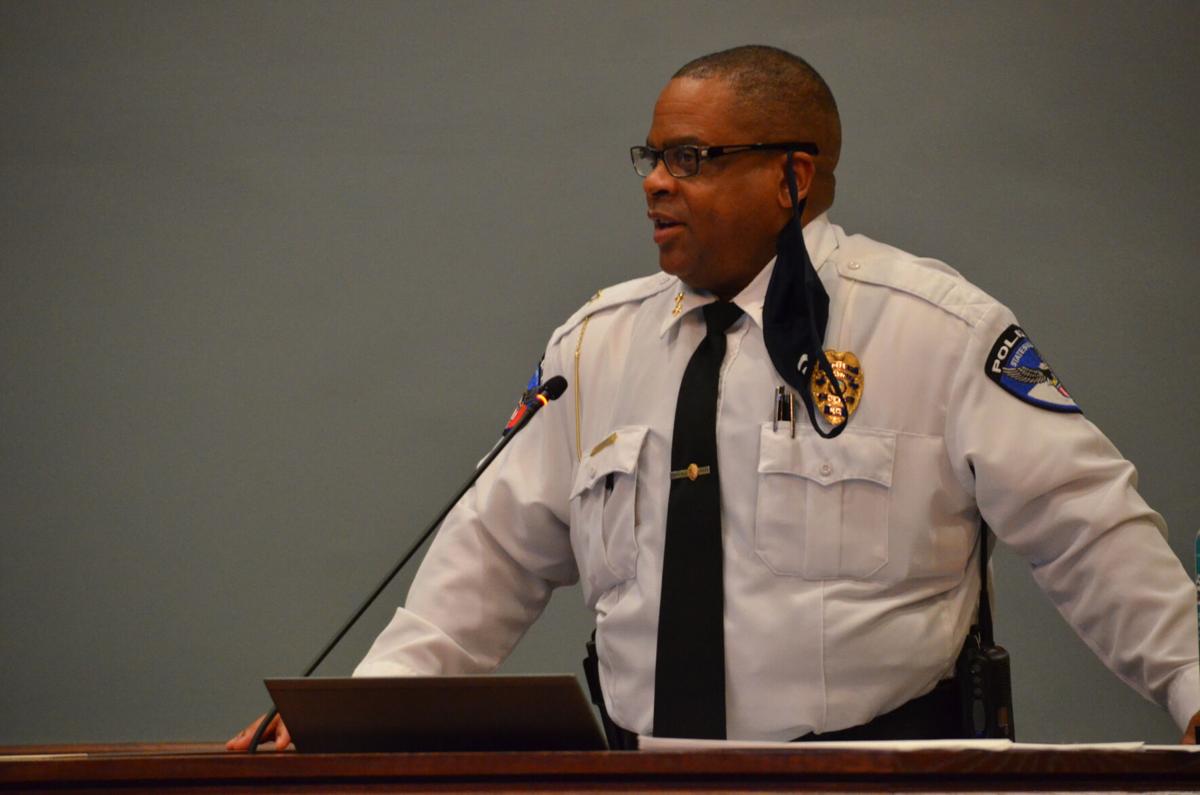 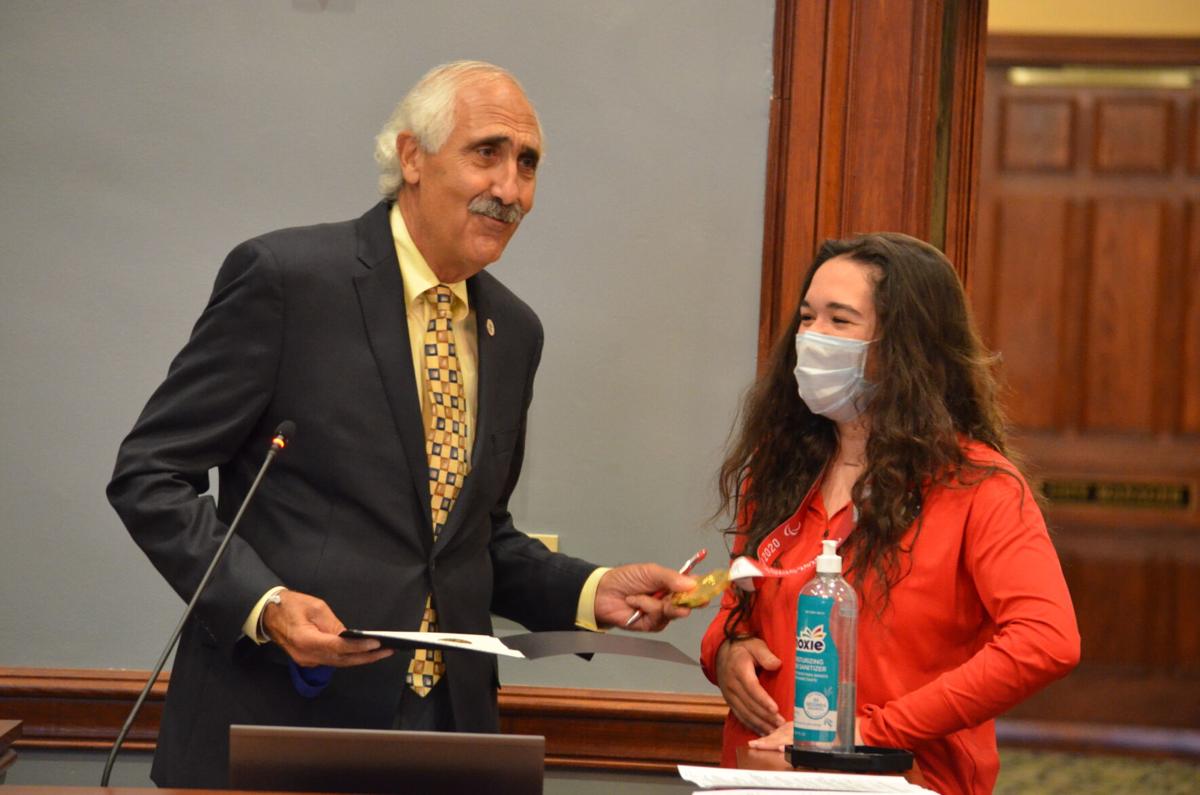 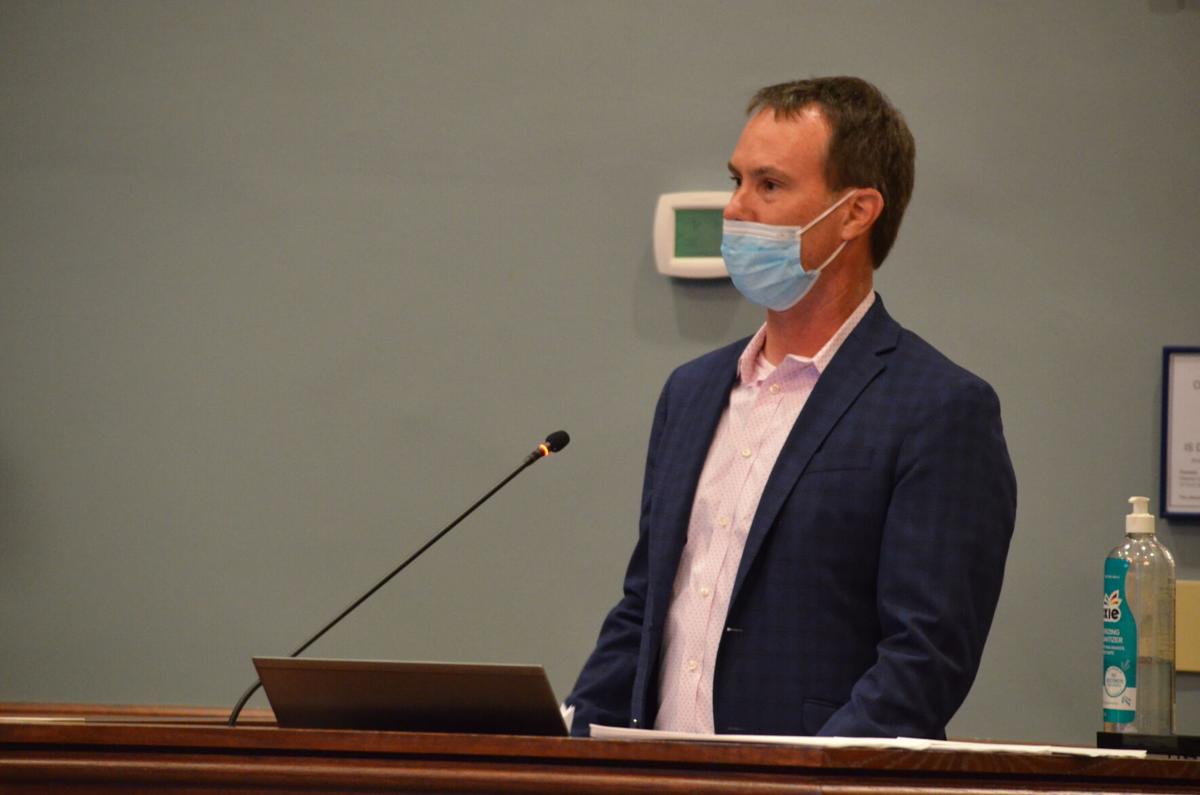 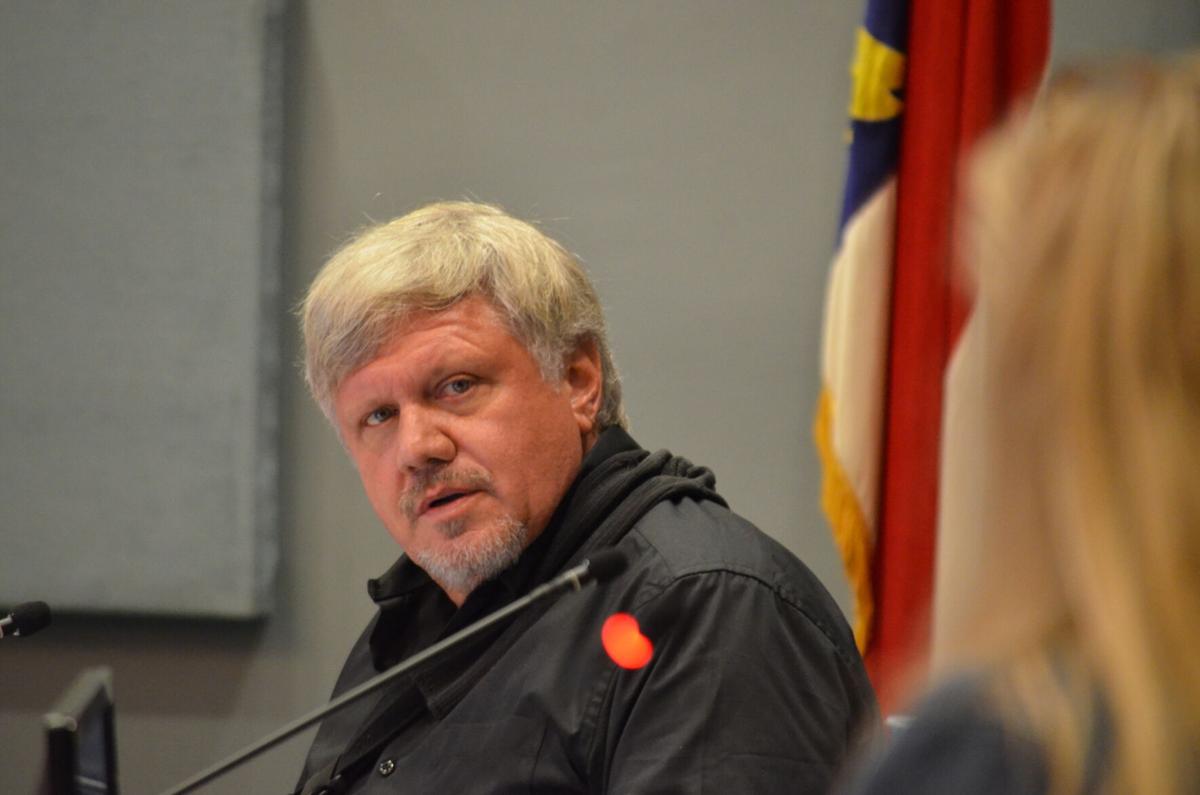 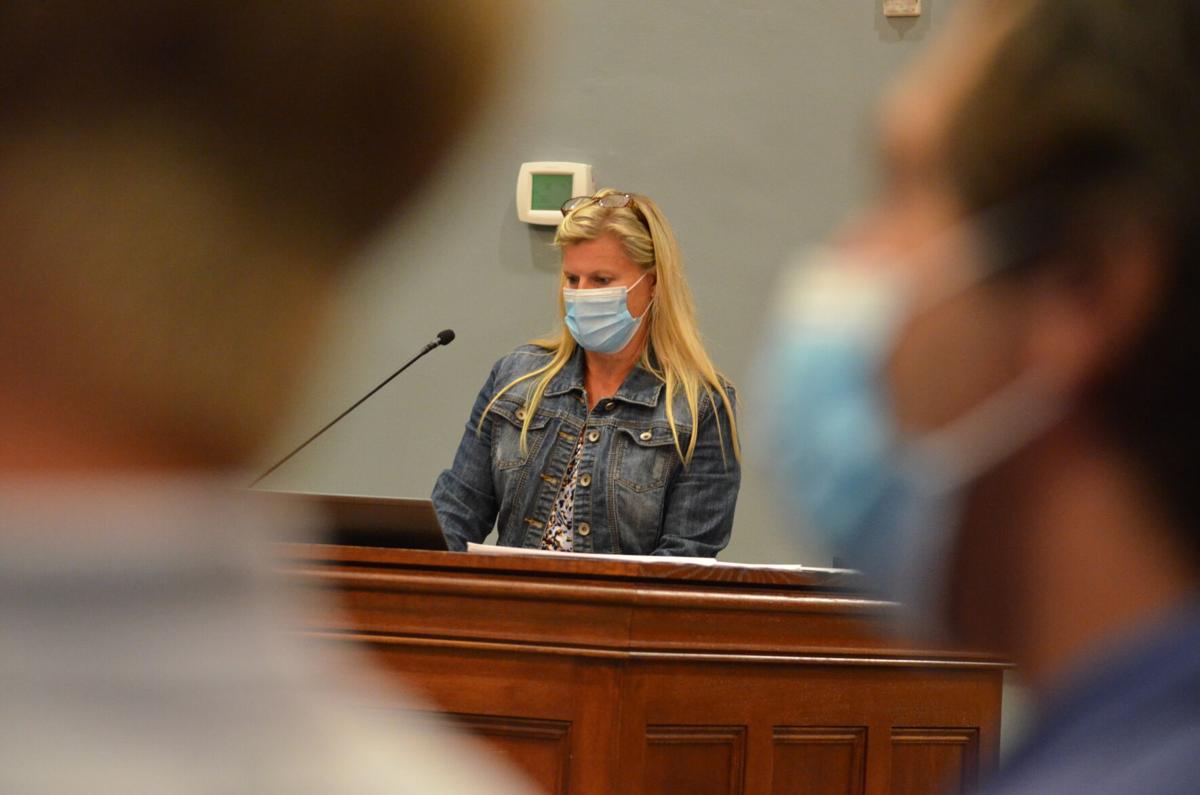 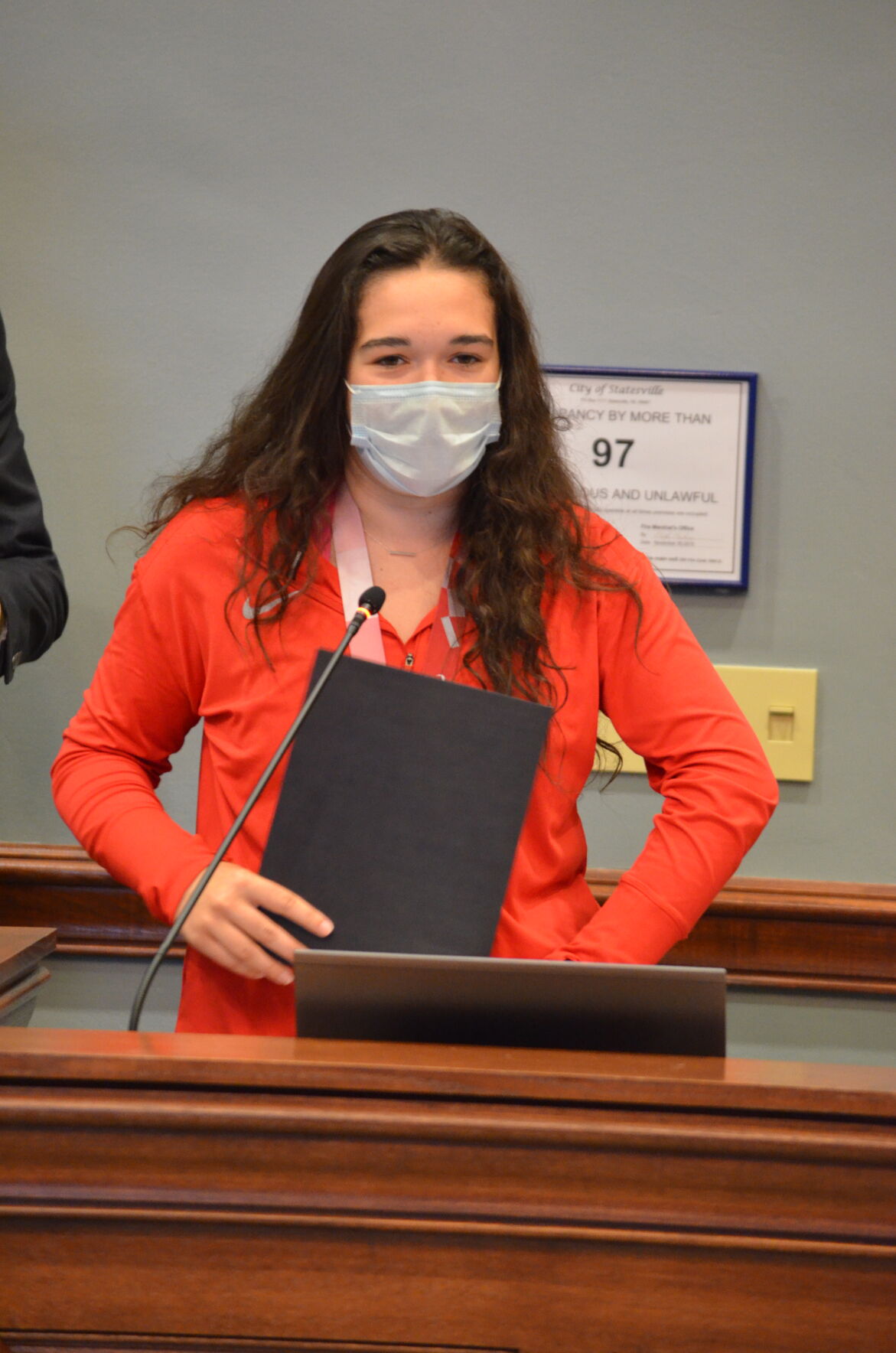 The council unanimously gave Police Chief David Addison the go-ahead to present a revised noise ordinance after complaints from residents about the noise created by engine compression braking — also known as jake braking — within the city limits. The current ordinance doesn’t address that sort of noise.

“Part of what we want to do is give it teeth,” Addison said. “What it doesn’t have now is a lot we can enforce in there.”

At Monday’s meeting, Addison outlined why he believed the police needed to be given decibel meters and why the ordinance needed to be updated. He said he wanted to avoid a “reasonable person standard” as that is less consistent. He said by establishing an acceptable level of noise during certain times and giving officers tools to enforce any change, it gives the police the means of addressing the issue with consistency.

Decibel metering devices were suggested as the means of enforcing it, something Addison said was common in other municipalities. He said it may be difficult to enforce as it would require recording the levels and then stopping the vehicle in question, but the focus would be on residential and downtown enforcement.

John Gorman, who organized a successful push to lower speed limits on Davie Avenue, spoke before the meeting on the issue in support of Addison’s request, but hopes it will be enforced if the ordinance is changed.

“They pretty much ignore every and all the published noise ordinances already published, so any tools we can give our police department to start enforcing these would be most appreciated,” Gorman said.

He said while engine braking is a factor, loud exhaust and stereo systems are part of the issue in his neighborhood as well.

The city took a moment at the beginning of its meeting to recognize Statesville athlete Emma Schieck for winning a gold medal at the Tokyo Summer Paralympics as as part of the sitting volleyball team.

The city moved ahead on the plan to purchase a replacement backup generator, switchgear and related equipment for the Fourth Creek Wastewater Treatment Plant, but how it will do so is still up for debate.

However, after John Staford suggest the city use its electrical funds to pay for it, being a piece of electrical equipment, it proved to be a more complex debate.

While the city itself will pay for it in one way or another — whether it be its own funds, outside grants or other means of funding — the debate centered around the justifications of using which departments funds to do so.

Staford and Steve Johnson, and others hope to save money in the long run by simply using the electrical department’s funds, but there were concerns on the legality, or at least how well the city could justify the move while staying within legal bounds.

That debate wasn’t fully resolved Monday night, which prompted the council to ask the finance department to come up with several options for how it can do that. Those are expected to be presented at the Oct. 4 meeting.

Maclaga also took time to provide the council with how the city’s Automated Meter Infrastructure project was doing. AMI project allows the city to meter utilities electronically instead of manually, a move it hopes saves money over time.

The electrical utility director said while the residential part of the electrical project is done, the global shortage of microchips has its commercial and industrial meters on backorder, but it hopes to have it done by spring of 2022. The water part of the AMI project is going slower than expected due to staffing shortages but also is expected to be in 2022.

Some of the benefits Maclaga reported were a better response to power outages the remote metering allowed them to be aware of an outage in a neighborhood even before one of its residents had called. On the water side of the project, of the new meters installed, 6.5% had detected constant leaks for consumers. Maclaga said in two-thirds of these, the city’s staff helped customers find and fix the leaks.

Maclaga said the meters also help with connecting and reconnecting meters quicker, stating if someone’s electricity had been shut off for a lack of payment, it could be restored in minutes instead of hours after the issue was resolved.

For now, the city will proceed with Phase 1 while it begins the design and development phase of Phase 2, which will cost roughly $1 million.

Phase 1 will involve property acquisition, grading, stormwater retention measures, and the creation of a laydown area. It is expected to take nine months and the probable cost is just under $600,000, according to the city.

Phase 2 will involve the construction of an Electric Utilities building, garage and associated improvements, and a Substation Shop. This portion of the project will take 24 months and the probable cost is roughly $20 million. The city said Phase 2 is the largest single phase in the overall project and is the biggest need.

The city said the overall project will be eligible for funding from several sources, including at least three of the city’s enterprise funds; electric, water and sewer, and stormwater. The first phase would be entirely funded by the electric utility and the second phase would be broken down by funds based on their usage of the garage and associated buildings. If the city council desires to move beyond the first phase, it would request an inter-fund loan from the electric utility to fund the design of the second phase.

The city approved a request to combine the parcel with an existing one of Gordon Recyclers Inc.’s property, as it wishes to install a new driveway for its operation.

The approved plan doesn’t expand where the company can store salvaged materials, but it allows it to build a truck entrance and driveway into the company’s location.