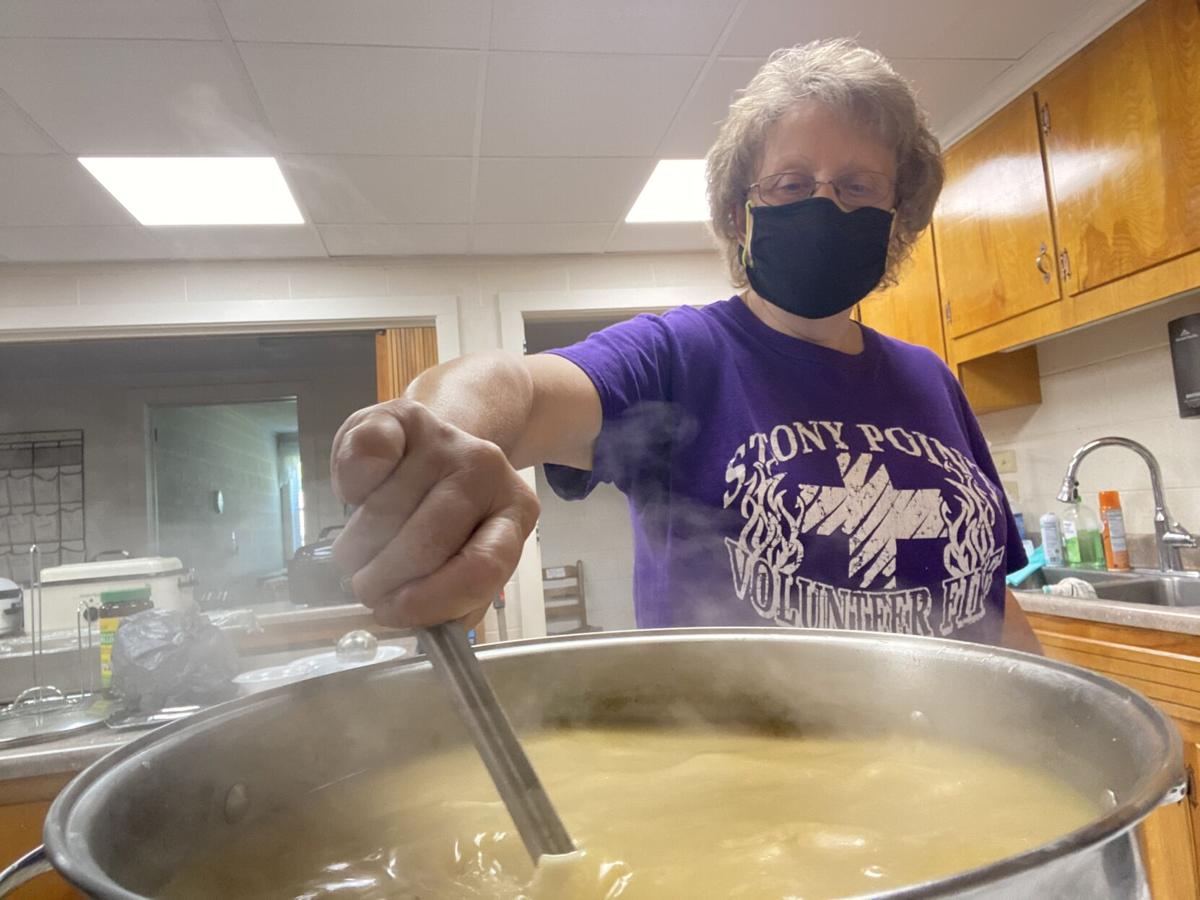 Connie Meredith stirs a full pot of chicken and dumplings at Bethel United Methodist Church on Saturday in Statesville. 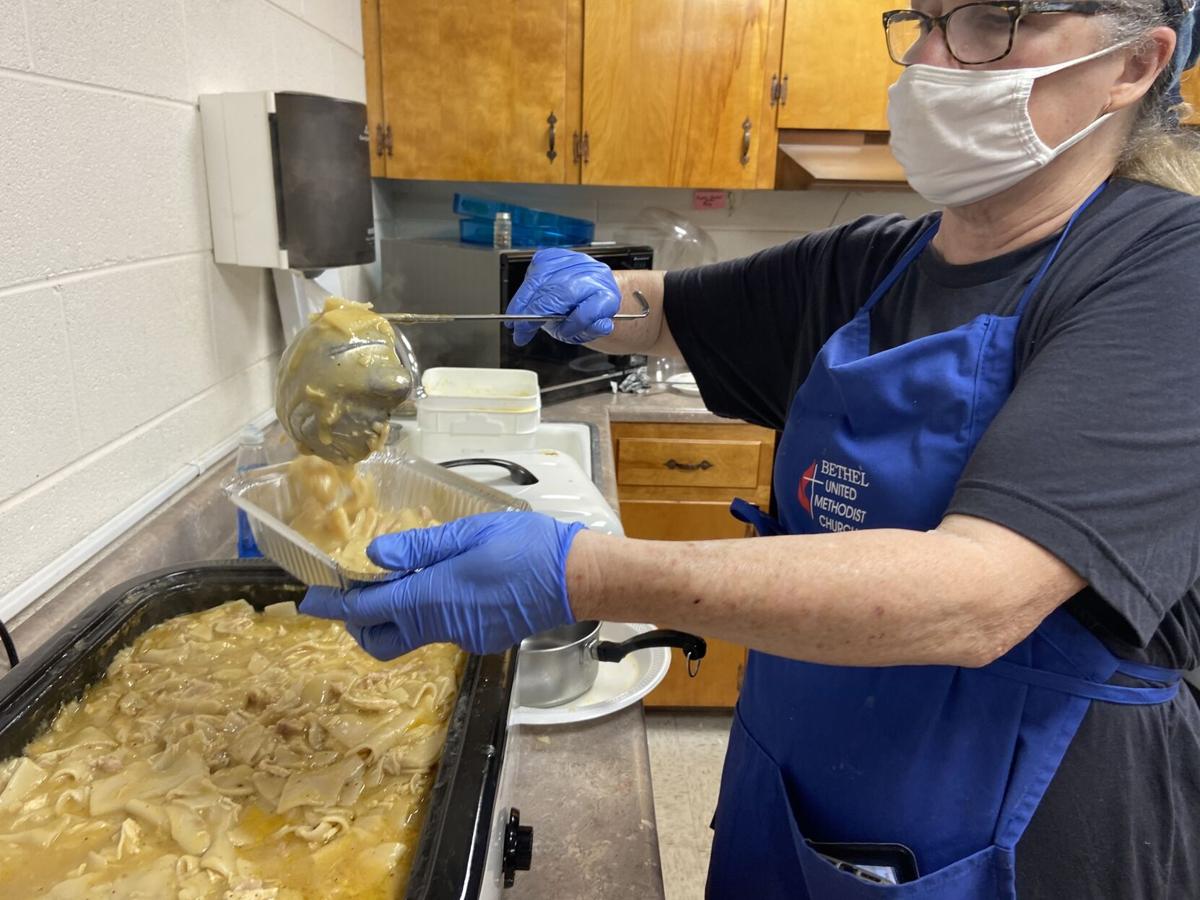 Tina Kurfees puts a helping of chicken and dumplings into a serving container at Bethel United Methodist Church on Saturday in Statesville. 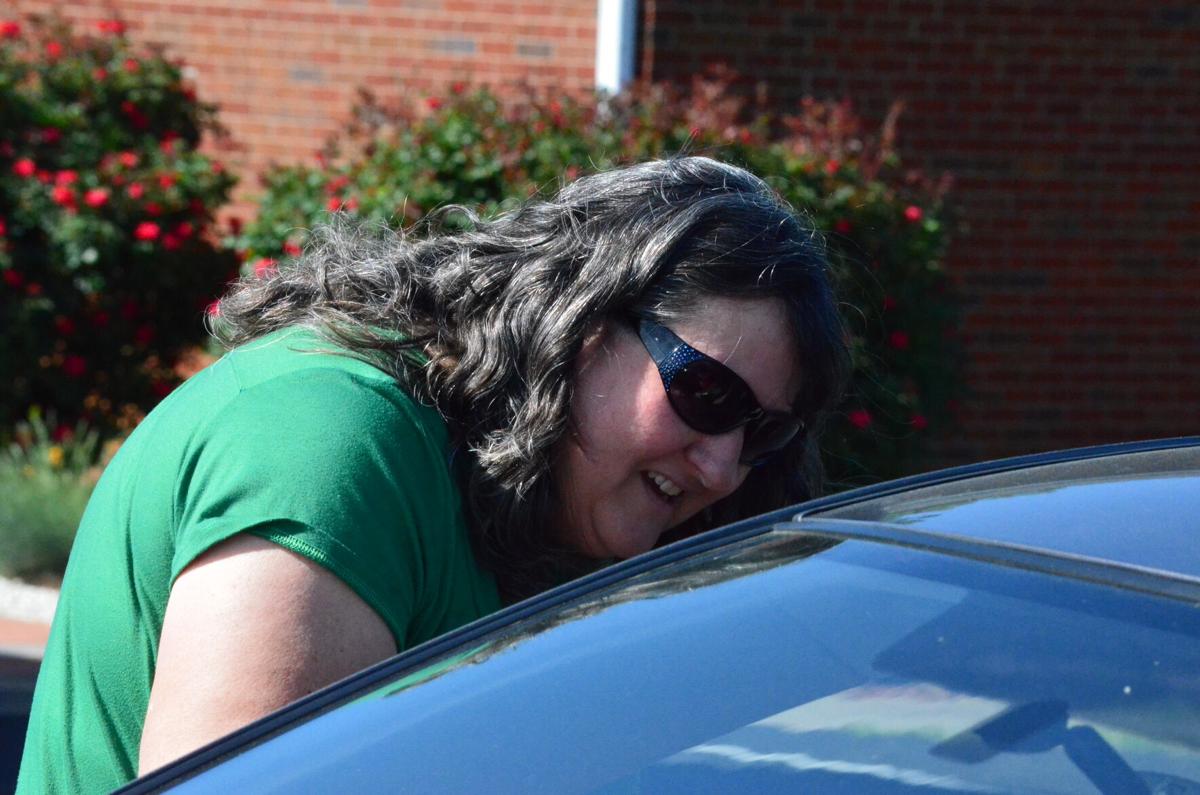 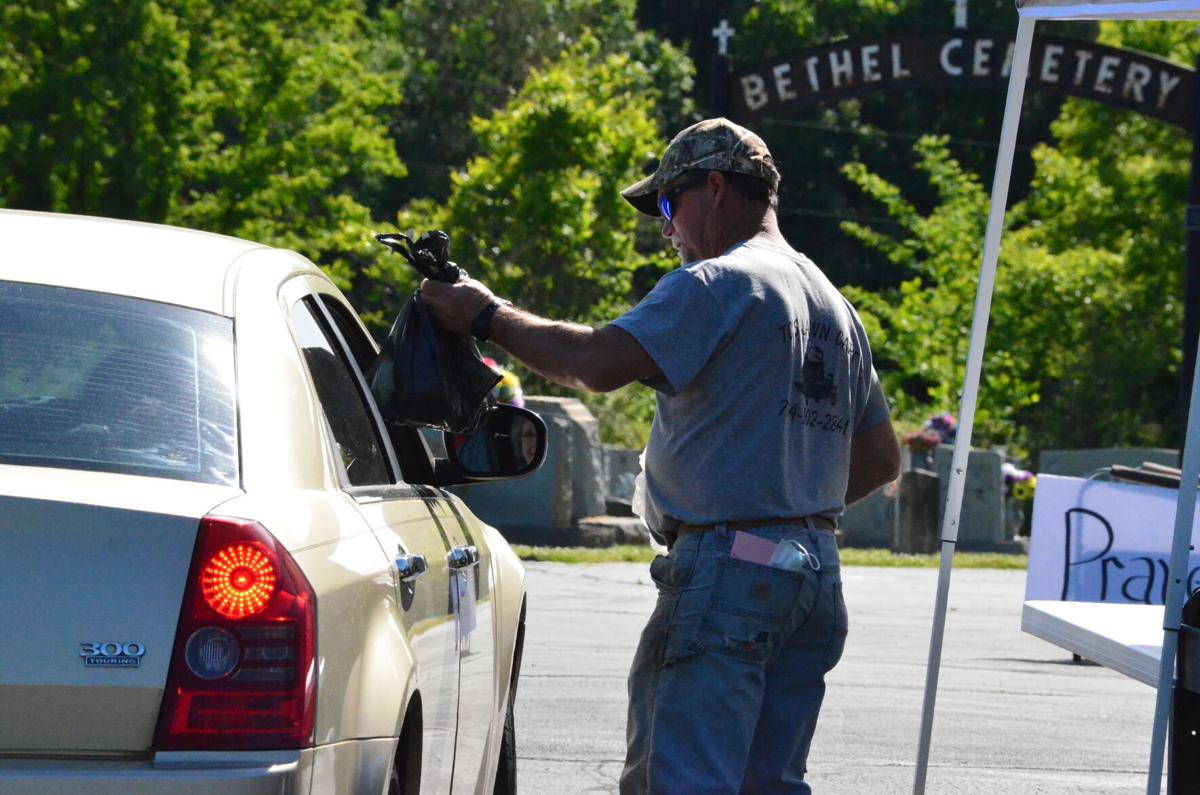 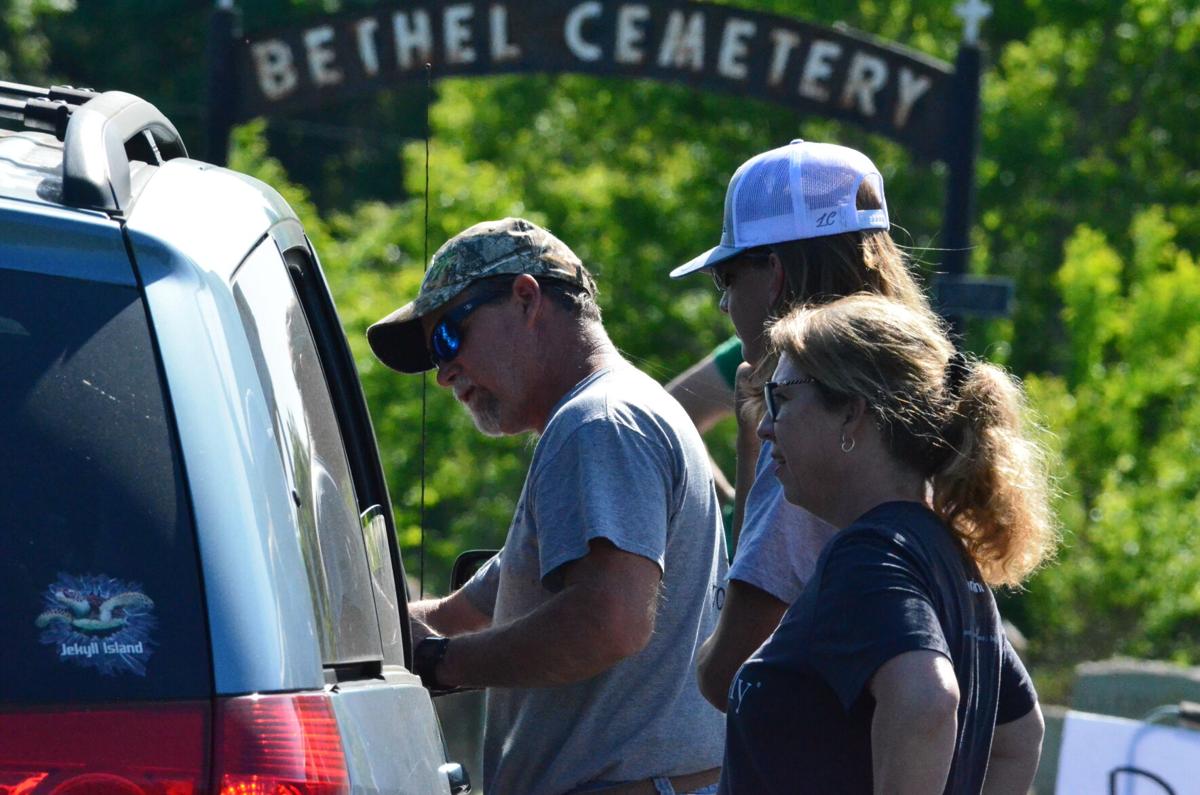 The smell of chicken and dumplings drifted out of Bethel United Methodist Church on Saturday as volunteers from there, Sharon Evangelical Lutheran, and Marvin United Methodist had volunteers preparing, cooking, and packing more than 350 meals to be handed out.

But it isn’t just about serving delicious made from scratch dinners with the Lookout Community Cafe ministry. There was also an area set up for people to drive by and have the Rev. Anne Tavenner pray with them. Over time, people have gotten to known Tavenner more and opened up to share their prayer concerns even when just speaking in the drive-thru format.

“We’re able to start meeting the needs of our neighbors, thanks to their relationship with our pastor,” Nicole Beam, one of the event’s organizers, said.

Beam said two years ago when this ministry began, roughly 40 or so people would come to enjoy the meals each month. But when they switched to a drive-thru mode of delivery, it exploded to more than 400 meals in some cases. Beam said they serve those who can’t drive up as well.

“It was born out of a prayer and visioning process at our church a few years ago trying to figure out how God was going to use us in the community,” Beam said.

Beam said over time, it became evident during the COVID-19 pandemic that people were looking for fellowship as health precautions mean less of the social contact both church members and the community sought while isolated.

“Folks were grieving, it was a huge loss to not be at church, to not be around folks, to not be at work, etc.,” Beam said. “We’re pleasantly surprised that folks were willing to come through our drive-thru. What we’ve found out is many aren’t necessarily from our home church family but the conversation has spread.”

That sense of community is something Rev. Tavenner even has had given back to her as a man on Saturday offered to pray for her at the prayer station.

“They all appreciate the community connection where they can see a friendly face,” Tavenner said. “We love the sense of community, we wanted to reach our community. We’ve been amazed how God has blessed us, not just with being able to reach people, but help that comes with finances. God has blessed us.”

And while the volunteers have increased as the number of meals expanded, going from a dozen to now nearly three dozen, they’ll continue to look for more help as they look to serve as many people as God wants them to, Beam said.

Connie Meredith stirs a full pot of chicken and dumplings at Bethel United Methodist Church on Saturday in Statesville.

Tina Kurfees puts a helping of chicken and dumplings into a serving container at Bethel United Methodist Church on Saturday in Statesville.