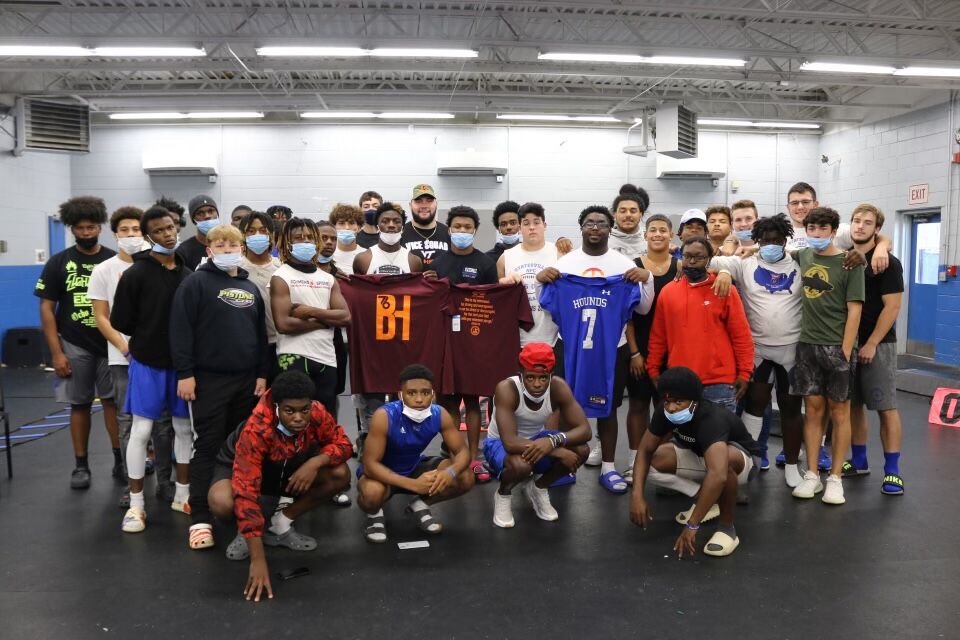 Brock Hoffman poses with members of the Statesville High School football team on Friday in Statesville. 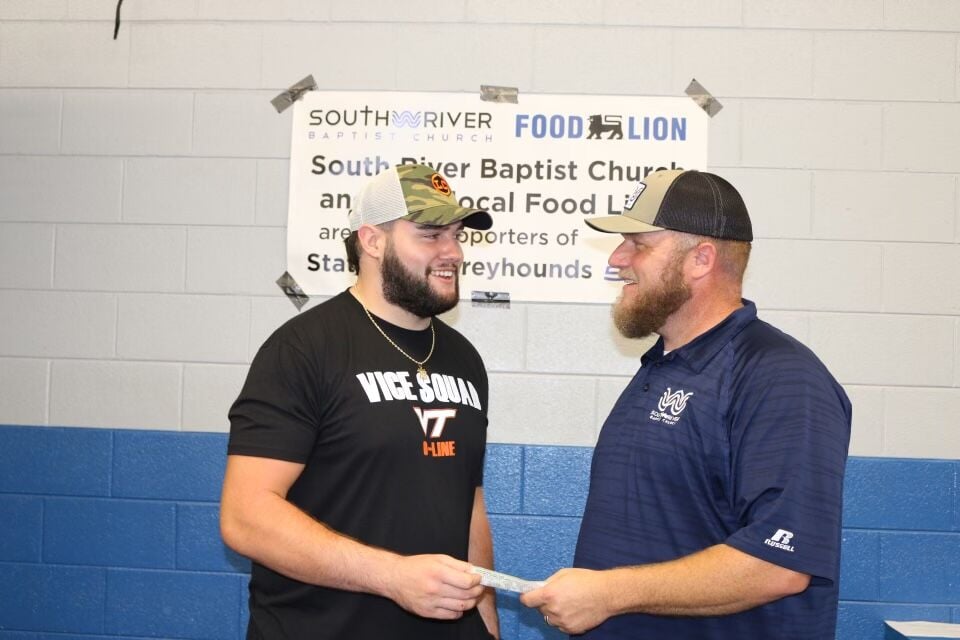 Brock Hoffman hands a check to Pastor Scott Townsell from South River Baptist Church to cover the cost of the T-shirts and a pre-game meal before the Statesville Greyhounds game Friday. 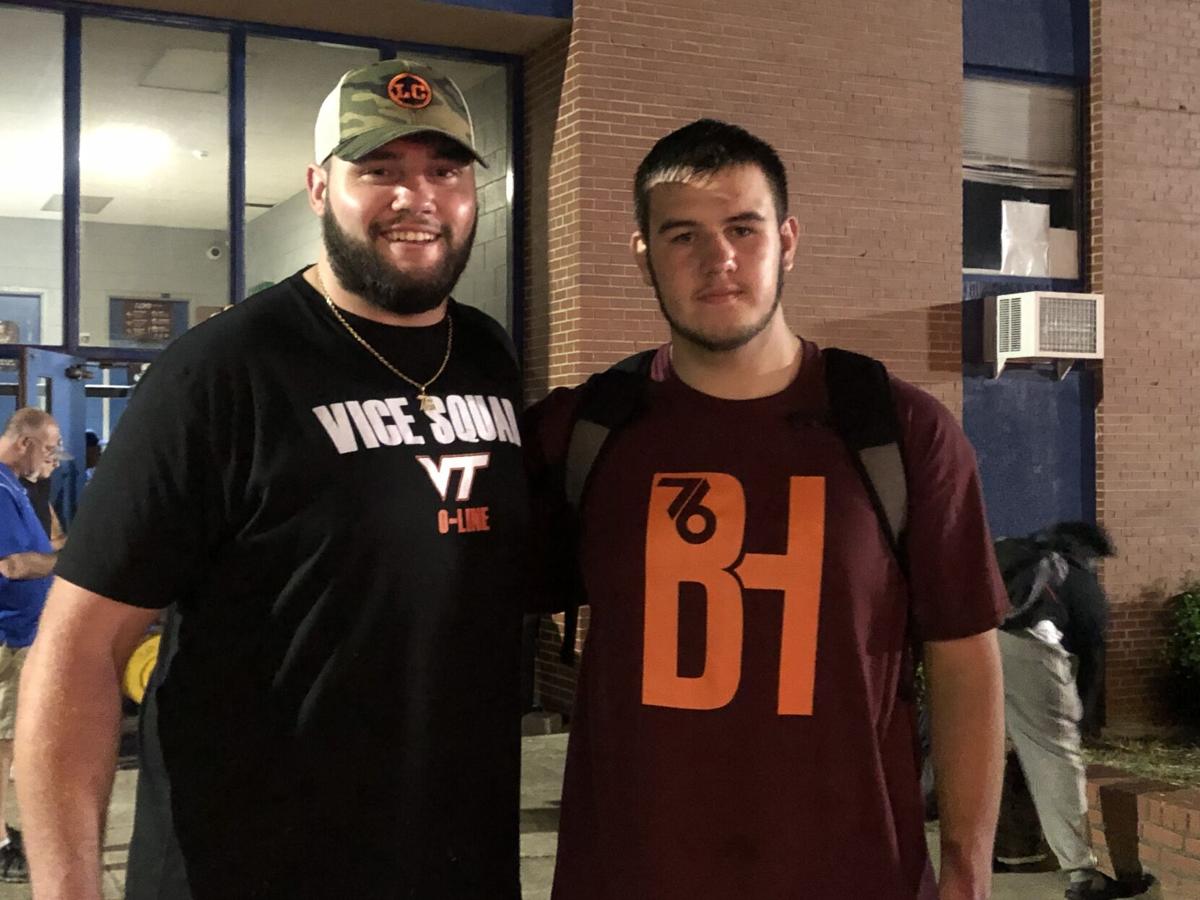 It was a home game for the Statesville Greyhounds but also another homecoming for Brock Hoffman as the alum spoke to the team while also giving out T-shirts and covering the pre-game meal.

“I just wanted to give back and let them know I was proud of them, proud as alumni of everything they’ve done,” Hoffman said.

Hoffman partnered with South River Baptist Church to cover the meal and he joined with the church and Fellowship of Christian Athletes to give out 100 T-shirts to the program with the Bible verse Joshua 1:9 printed on the back. Hoffman spoke to the team before the game as well.

“It was a hundred percent me just giving back into those kids because I know how much they do, I’ve been been in their shoes at that same exact school and everything,” Hoffman said, mentioning that the current group of seniors have lost very few games in their careers. “I just wanted to give back to let them know like I’m proud of the work they’ve been putting in and the proud of everything they do and everything they represent.”

The Virginia Tech Hokies lineman is one of the many players who played under coach Randall Gusler over the past 16 years, and he is always grateful to see them return.

“It shows they haven’t forgotten people that helped get them to where they are now,” Gusler said.

“We want our guys to see that if they do thing right now, go to college for four years and get an education, that can make sure they do well in their 40 or more years in life, too,” Gusler said.

Hoffman said he was glad to give back to the program he played for not long ago, but did say it was a unique experience to come back five years later and not have been on the team at the same time of any of the current players.

“I’m starting to feel a little older for sure,” Hoffman said.

Sitting down at the dinner table with Virginia Tech’s entire offensive line, 1B

A man who called for help for a stab wound ended up being tasered and arrested after authorities said he threatened first responders.

The following is a list of those booked at the Iredell County Detention Center on felony and driving while impaired charges from Sept. 30-Oct.…

The Iredell-Statesville Board of Education approved Adam Steele as the next chief financial officer for I-SS.

Brock Hoffman poses with members of the Statesville High School football team on Friday in Statesville.

Brock Hoffman hands a check to Pastor Scott Townsell from South River Baptist Church to cover the cost of the T-shirts and a pre-game meal before the Statesville Greyhounds game Friday.