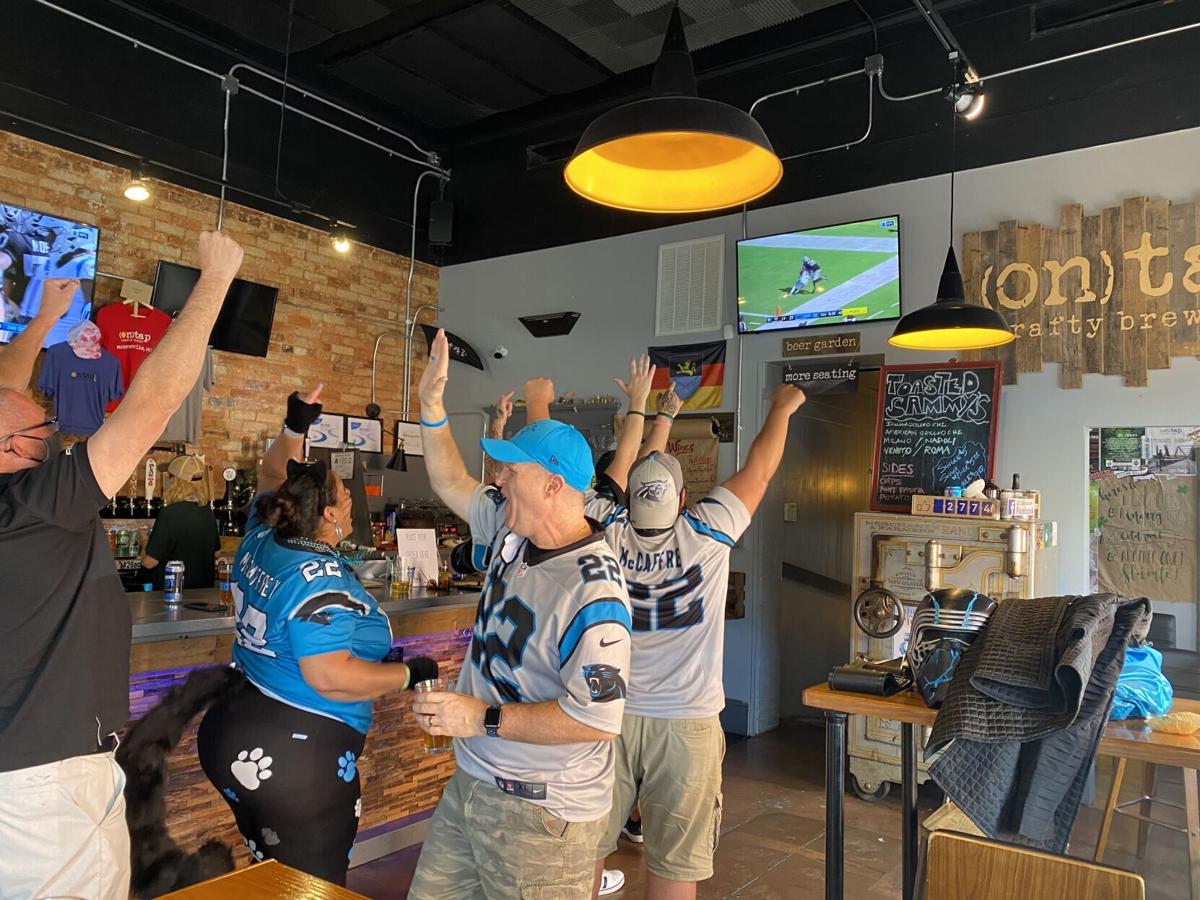 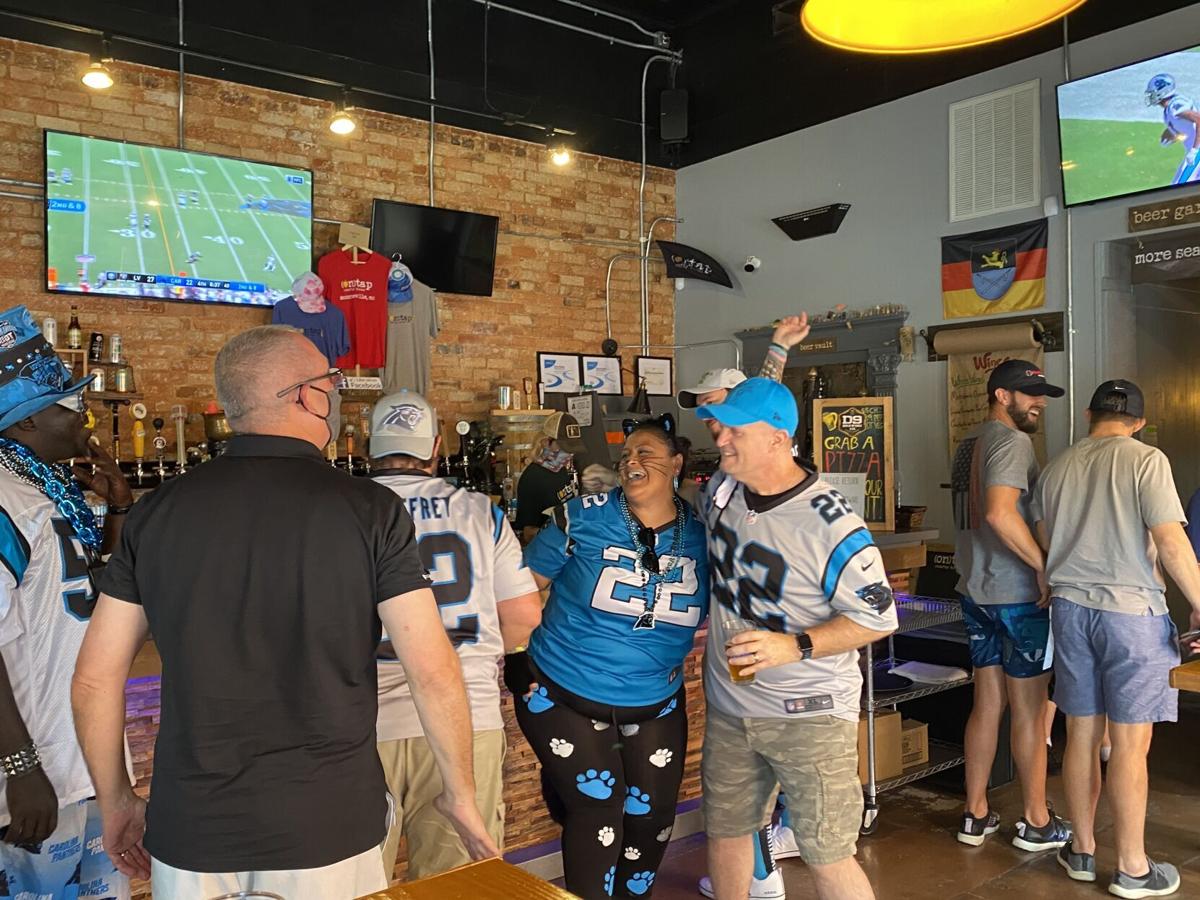 Lake Norman Riot members came decked out in Panthers' gear for the opening of the NFL season. 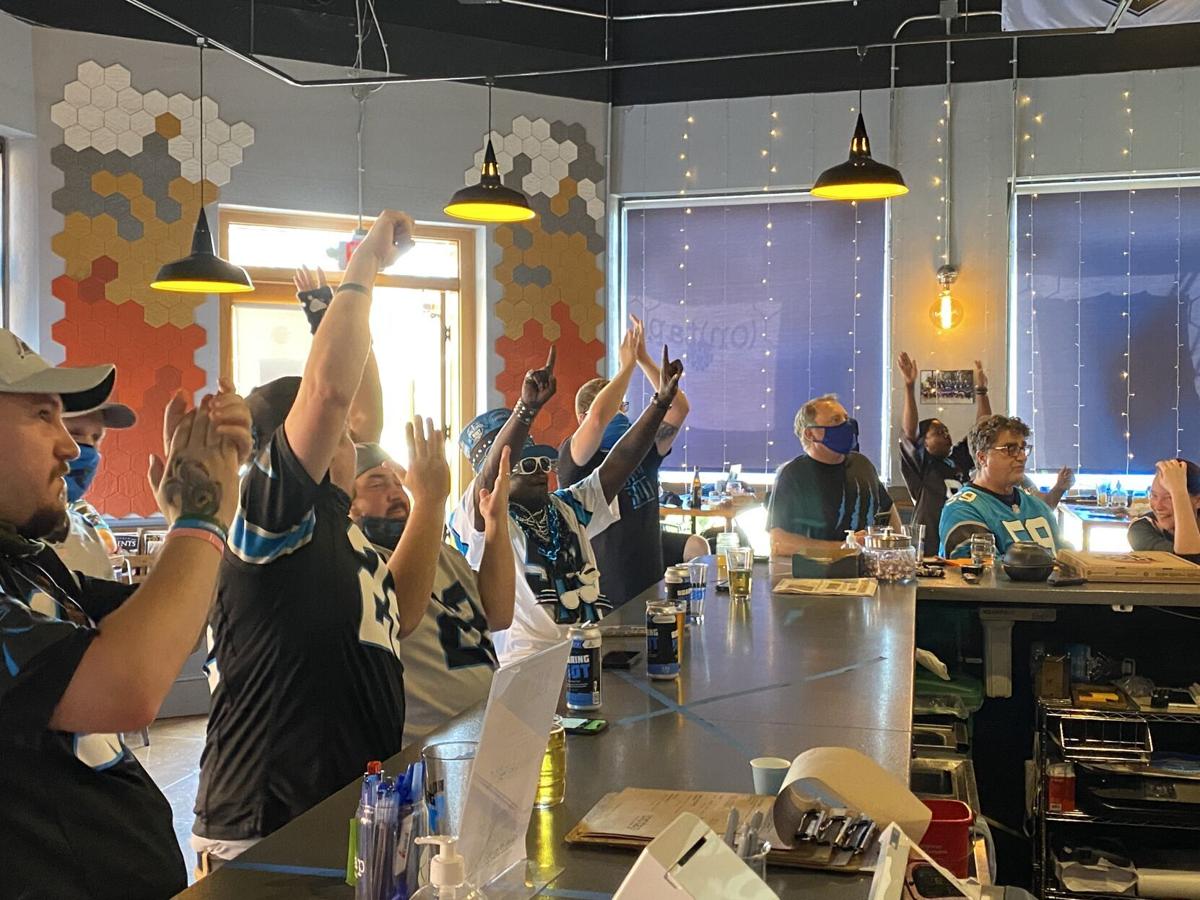 Members of the Lake Norman Riot cheer on the Panthers. 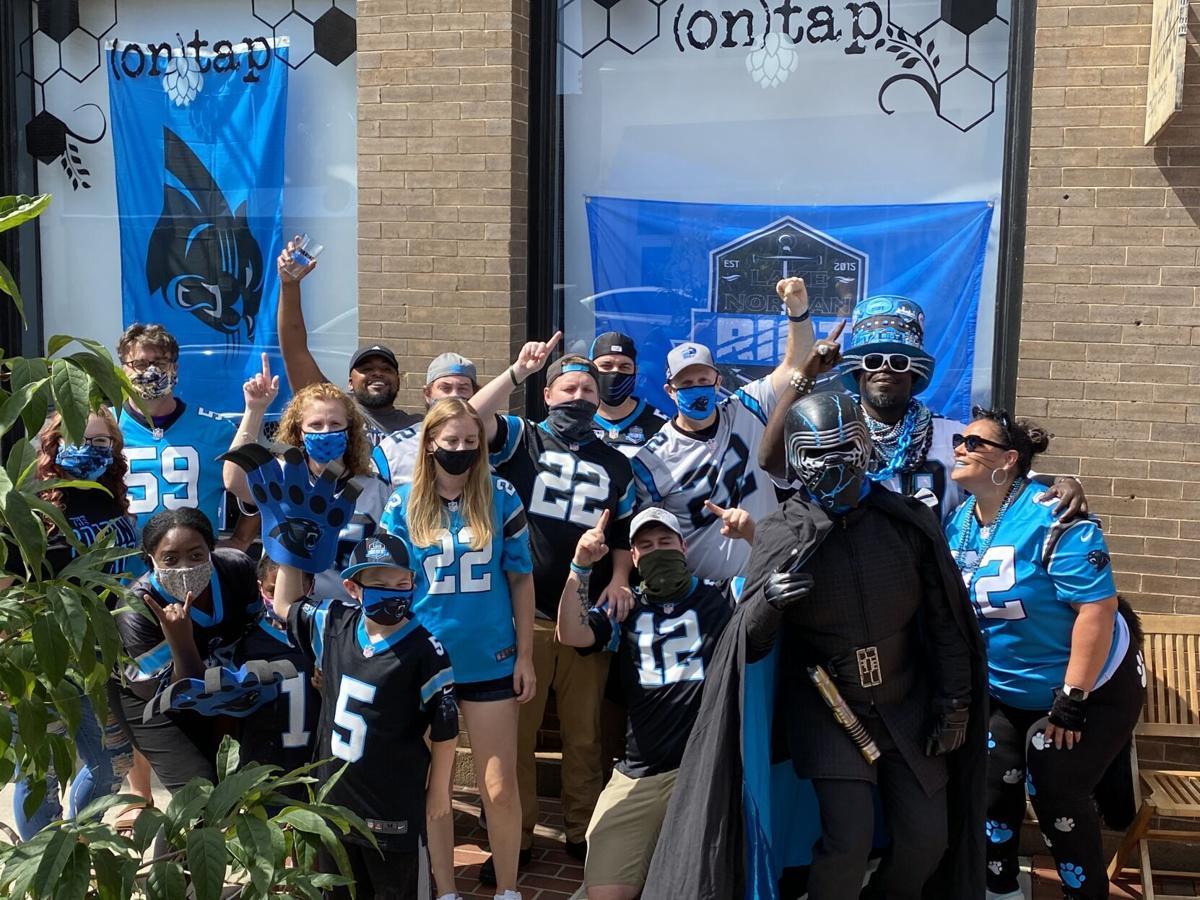 Lake Norman Riot members gathered for a photo during the game Sunday.

As the Carolina Panthers’ wide receiver Robby Anderson streaked down the sideline to score a touchdown to put his team on top 30-27 with just a few minutes to play in their season opener against the Las Vegas Raiders, On Tap exploded with cheers.

Once he crossed the goal line, the famous roar that accompanies all big plays at Bank of America Stadium blared through the bar’s speakers followed by “Boom Boom” by Big Head Todd and the Monsters, the song that accompanies every Panthers score at home games.

All that paired with the numerous instances of "Keep Pounding" chants throughout the afternoon, was the closest thing to being in the stadium the Lake Norman Riot could have asked for.

Sunday afternoon was the first official meeting for the Lake Norman chapter of the Roaring Riot at their new home in downtown Mooresville and it was a successful one.

“I’m really happy with (the turnout),” Chris Harmon, leader of LKN Riot, said. “I was looking at some pictures of the turnout at other chapters and ours is as good or better.”

Not bad for a first meetup in the midst of a pandemic.

In total, about 25 people made their way to On Tap for the Panthers’ season opener, about five people short of the limit imposed by the state for 50 percent of capacity at bars.

“We worked with Rick (Blankenship), the owner of On Tap - masks were required when you’re moving around and not at a table,” Harmon said. “We’re just making sure we’re following the rules.”

Those in attendance also donated an estimated $200 worth of living essentials in the form of Blessing Bags to FeedNC.

Despite the risks, the turnout was enough that bigger plans are already being made for future Lake Norman Riot meetups.

Blankenship has already reached out to the town of Mooresville requesting they be allowed to close down a portion of West Moore Avenue between North Main and North Broad streets, to host an outdoor tailgate and blood drive during the Panthers’ game on Sept. 27.

“With schools being remote, blood donations are down a lot,” Harmon said. “That’s their main source (of donations). We’re excited to be able to give back that way as well.”

The blood drive, which will be conducted with the help of OneBlood, will take place between 2 p.m. and 8 p.m. and will coincide with the Panthers’ matchup with the Los Angeles Chargers.

Harmon hopes that the momentum continues for his revived chapter, even despite the Panthers’ loss on Sunday.

Having nearly a full house for week one of Lake Norman Riot’s revival is an important first step in the chapter’s growth.

Lake Norman Riot members came decked out in Panthers' gear for the opening of the NFL season.

Members of the Lake Norman Riot cheer on the Panthers.

Lake Norman Riot members gathered for a photo during the game Sunday.