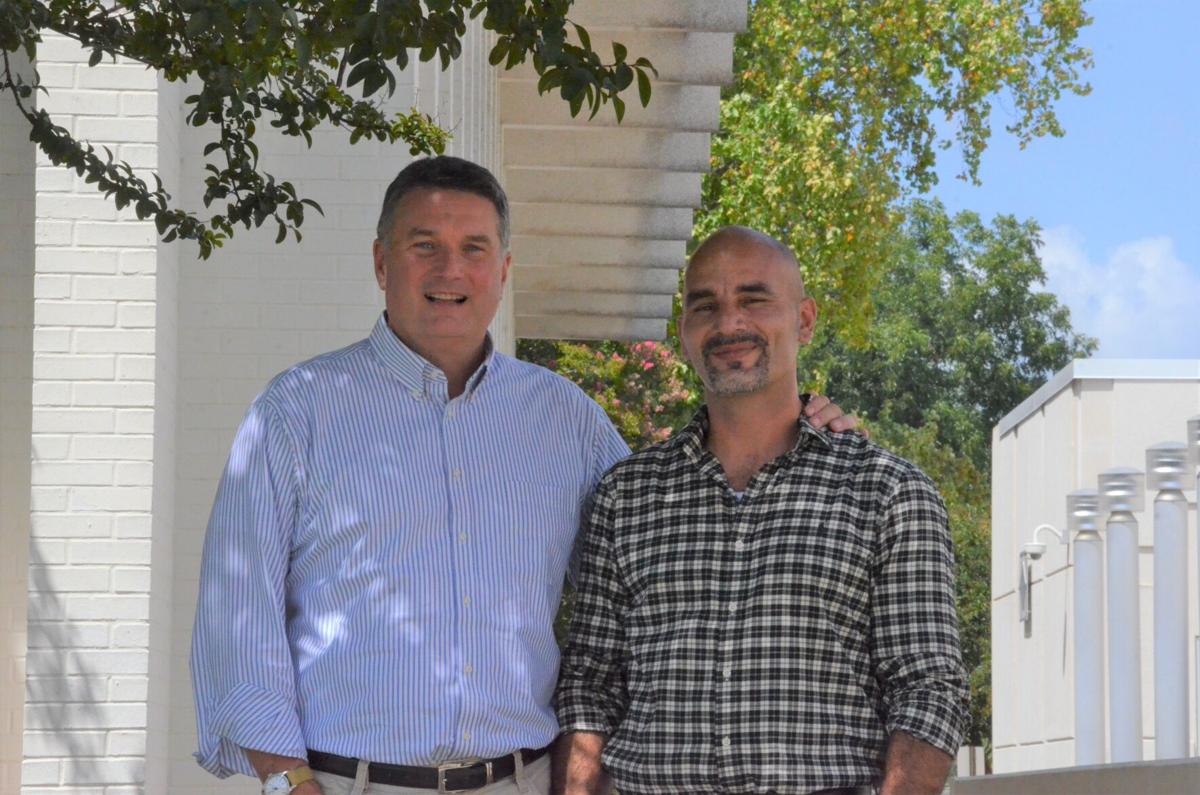 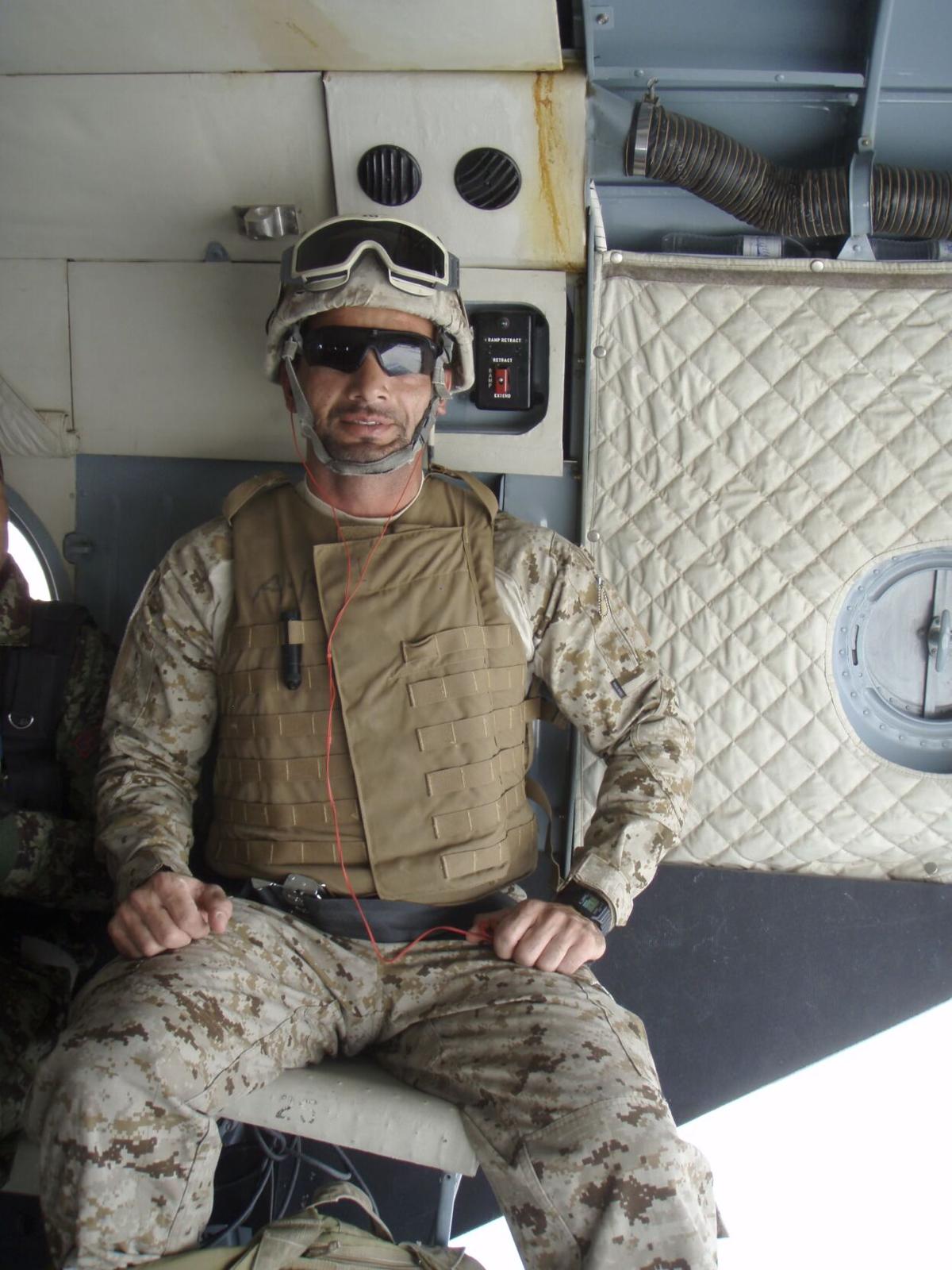 Ahmad Kohestany worked as an interpreter in his home country of Afghanistan before immigrating to the United States in 2014, becoming a citizen in 2020.

Ahmad Kohestany is worried about his family.

Kohestany, an American citizen since 2020 and now living in Charlotte, is worried about them because many of them are still in Afghanistan as the Taliban takes over the country after being pushed out 20 years ago. He worries because, like him, many of them worked for the Afghan government and with the United States military. He worries because that puts a target on their backs.

“As a common man, yes, I am worried about my family. Because I am a family guy, I have children and a wife, I can put myself in the shoes of those stuck there after they worked for the government and fought for democracy,” Kohestany said. “It doesn’t matter what level they were working, they were all targeted. It doesn’t matter if the Taliban is acting very nice in front of the TV and media ... I know how the Taliban works. They try to show themselves as nice, but they do what they want.”

Kohestany breathed a small sigh of relief as he received word Thursday that his sister, brother and sister-in-law were able to flee the country safely. He knows they made it to Qatar, but hadn’t spoken to them in almost 24 hours. He remains fearful as others didn’t make it out before an attack on Kabul International Airport on Thursday. As the United States tries to meet its deadline of evaluating by Aug. 31, some of the people he loves will have to find their own means of leaving Afghanistan.

“My family, they are all patriotic people. Me and my wife, we are worried about them, what’s going to happen with them.” Kohestany said.

Kohestany has a different sort of family in Statesville. Joe Crosswhite, an Iredell County judge, calls Kohestany a friend and brother, one that is always on the guest list for his family’s events. But the two were brothers in arms as well.

The two met in 2013 when Kohestany served as an interpreter for the United States military in the Helmand province in Afghanistan. While Kohestany’s fight in homeland had been one he fought in since the late ‘90s, Crosswhite’s role as a colonel in the U.S. Army Reserves was to train Afghan judges as the judicial system one was more tribal while also influenced by the judicial system of the Soviet Union from its time occupying the country. The judge said he was frustrated as he knows much of what he tried to help build was either destroyed or taken by the Taliban, but his concern now is for the people that are left as the group takes control.

The two planned to reach out to different organizations in Statesville on Friday as Kohestany looks to prepare for his family and others to arrive in North Carolina. Kohestany said he will host his family, just as he has with other Afghans he knew that immigrated to the United States over years, but the sudden influx of people will provide new challenges as well.

“Since 2014, I’ve been doing the same thing. Any Afghan refugee that came to Charlotte, me and my wife will make sure to support them,” Kohestany said. Even when they lived in a two-bedroom apartment, he said they would host and support other families as they integrated themselves into life in the United States. “We always supported these families because they fought for democracy.”

Kohestany said like everyone else in search of a home or place to rent, the current housing market leaves few options, something he didn’t face when he came to the United States in 2014.

“They’re going to need help in the short-term to need places to live,” Crosswhite said. He said he hopes Kohestany can inspire others to help address the difficulties these Afghans will deal with, including politicians, as people become aware of the problems the refugees face.

With the number of Afghan people looking for refuge increasing, Kohestany hopes the American government and its people will welcome them after 20 years of fighting a war in his home country. The people like Crosswhite and the Marines he worked with have helped him time and time again, and he said he will continue to do the same for others as they arrive here.

“They’re hardworking people. They will build up a very good life in the future, they will build up businesses and factories over the next 20 years here, but right now, they need help,” Kohestany said.

He himself is an example of that as he owns and operates his own self-described “small” trucking company. The challenges Afghans will face as they come here won’t seem like anything compared to what they have faced in their home country in the past few years.

“They’ve seen hard times, they know the value of life. Wherever they go, they will build something for that city.”

The quick fall of Afghanistan to the Taliban caught Kohestany off guard, even if his sister and others were in the process of completing their special immigration visas to leave there for the United States.

“We were shocked with that. We were not over that shock when we begin to find out what is going to happen with our family that is associated with Americans,” Kohestany said. “What’s going to happen? Is the Taliban going to kill them? Are they going to torture their children or the women? That’s what happened last time.”

Kohestany’s Facebook page is a graphic reminder of what is happening a world away from him, but in a country he once fought for that is now run by the very enemy he faced. One of his posts simply asks “Why?” while other posts shared are videos of the aftermath of attacks in Kabul and other parts of Afghanistan. They are bloody and graphic, but a reminder of the realities that few in American will ever understand.

“I know what’s going on in my country, I know whose fault it is. I know who did it to us. It’s a big mess ... Everyone tried to get out it and say no, it’s not my mess,” Kohestany said. “I’m seeing children getting run over by a crowd of people ... I’m seeing people begging for just entrance into the airport. I’m seeing canals full of the blood of innocent people.”

While Kohestany’s current focus is on family and other Afghans as they leave, he doesn’t hesitate to name those he feels are responsible for Afghanistan’s current state. He points to Pakistan and its role in sheltering the Taliban after its ouster. He notes it was Pakistan, not Afghanistan, where Osama Bin Laden was killed by U.S. troops. He points to some in the government he worked for that were corrupt and not focused on the county as much as they were enriching themselves.

He remains grateful to the United States, but Kohestany wishes it had put more money into building up infrastructure and other means of providing stability as well. He said while he knows what the problems were, he said he doesn’t know what the answers are either.

“Everyone has his own opinion, some people say say ‘The government let us down.’ or ‘OK, the Americans left us alone.’ From my point, since the age of 16, I’ve been fighting for democracy, since 1998 ... I’m supporting democracy. My family supports the idea of democracy. They support the ideas of women’s freedom, children’s rights and everything. But if you look, America doesn’t need to stay there the whole time. Every nation needs its own government. They don’t need another government to look after (them), otherwise, it’s an invasion.”

“I’m not saying someone let us completely down. It’s because, from the beginning, corruption was existing in Afghanistan.”

However, he did say he knows others who do feel betrayed. He said that is because as the U.S. leaves — and if they leave before evacuating all of those that worked with the government it supported — those not as fortunate as Kohestany’s close family will be left to fend for themselves, he fears.

“All of these people are targeted. I have very accurate news that in Khandhar, in Ghazni, in Helmand, these people when they are coming home at night, they are being caught by the Taliban,” Kohestany said. “They’re saying ‘Can you come with us and we want to talk with you.’ and tomorrow morning, his family finds him with his head cut off his body.”

Ahmad Kohestany worked as an interpreter in his home country of Afghanistan before immigrating to the United States in 2014, becoming a citizen in 2020.