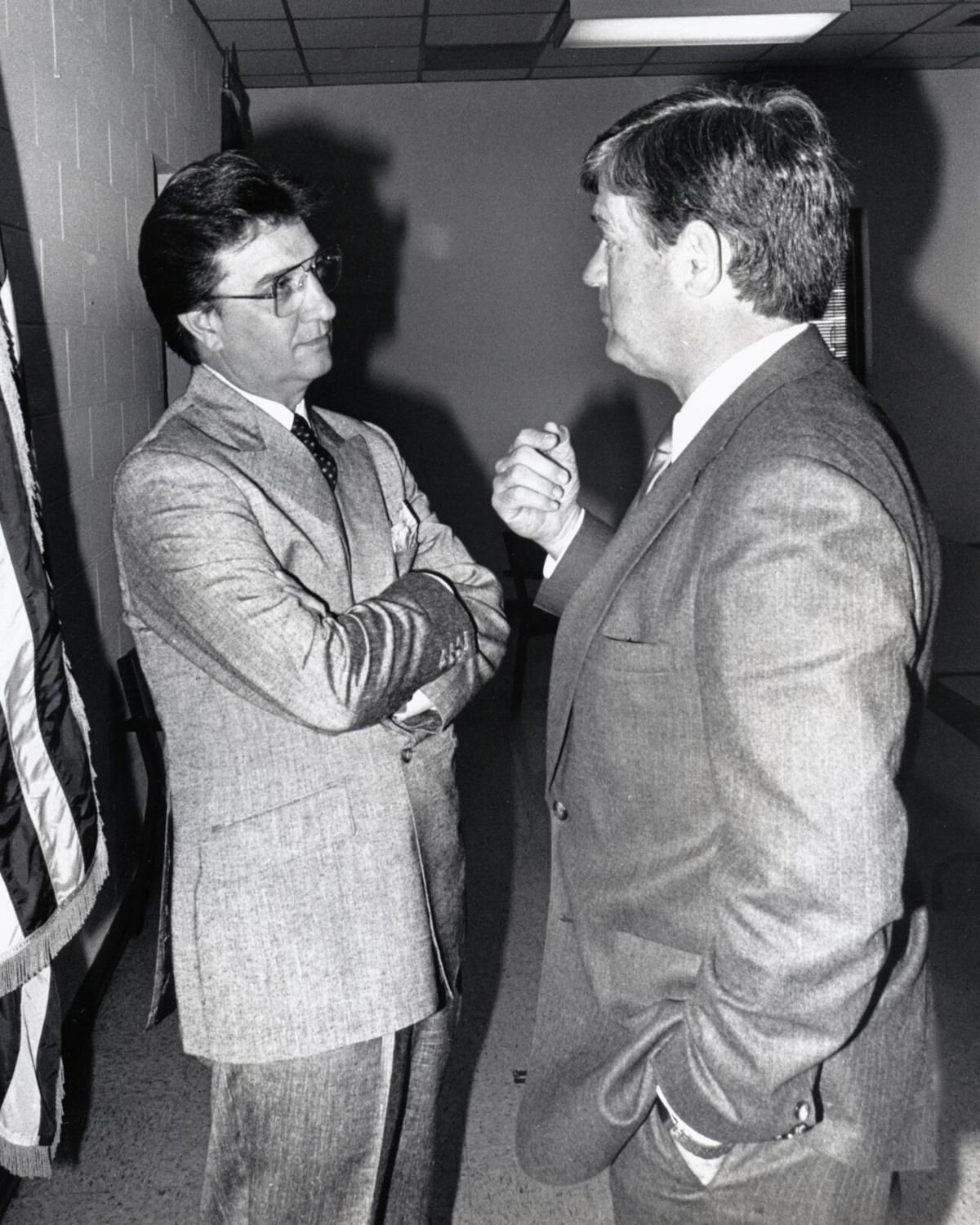 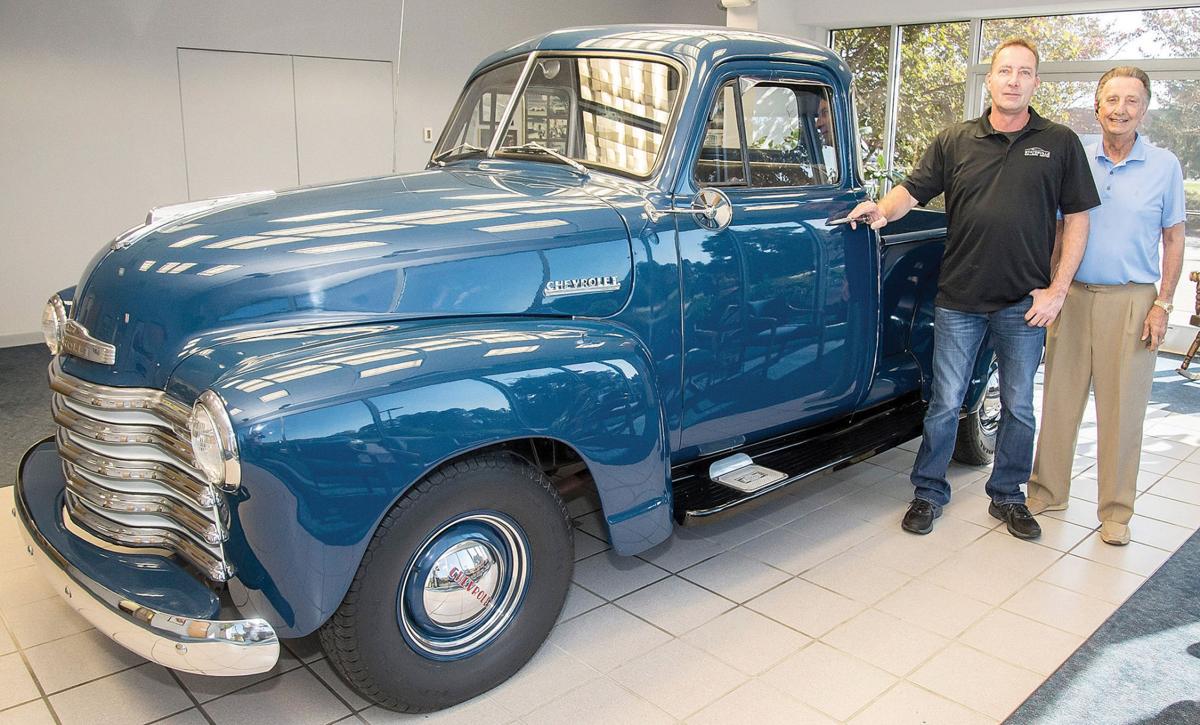 He was a businessman, starting the Statesville Auto Auction more than 40 years ago. He was an auctioneer. He later went into a different type of business, owning a NASCAR team, and was involved with the Minor League Baseball Kannapolis Boll Weevils.

Hedrick also was involved in politics, serving on the Iredell County Board of Commissioners in both the 1970s and 1980s.

Hedrick, 79, died Monday. Funeral arrangements have not yet been announced but local officials remember a man who as a county commissioner reached across the table to both parties.

It was in 1987 that Iredell County’s 9-1-1 system came online and, as a chairman of the board, Hedrick was due to make the ceremonial first call from ECOM at 10 a.m. On his way to the communications center, Hedrick witnessed a wreck on Interstate 77, and using one of the earliest versions of a mobile phone, he made a real 9-1-1 call.

“He was a great commissioner. He could always diffuse any serious situation,” Gallyon said.

A few weeks ago, Hedrick and his wife Sue came to a drive-by birthday celebration for his mother, Hilda Bentley.

Alice Stewart, who served on the board of commissioners, said she can thank Hedrick for giving her the encouragement to run. “He encouraged me, at one point in time, to run for office as a county commissioner,” she said. “He and several other people turned on the heat all at one time, so I agreed to run.”

Like Gallyon, Stewart said, she remembered Hedrick’s fun-loving side. “He was a joy to be around. I thought a lot of he and Sue both,” she said.

Hedrick’s involvement in NASCAR began in the early 1990s.

Hedrick owned teams in the NASCAR Cup Series from 1992 through 2000.

Hedrick had a host of drivers in his car, starting with Larry Pearson. Drivers who piloted his Cup entries include Dave Marcis, Greg Sacks, Hut Stricklin, Phil Parsons, Dick Trickle, Joe Nemechek, Ricky Craven, Steve Grissom, David Green, Gary Bradberry, Derrike Cope and Rick Mast. Hedrick’s team earned $5.6 million in earnings over the course of the career. His top points finish came in 1996, when he was 20th with Craven behind the wheel.

He earned two pole positions, both in 1996 with Craven.

Hedrick was a single-car owner fighting what was even in the 1990s a growing multi-car team sport. He challenged those top-tier teams, especially in 1996 with Craven behind the wheel. In addition to winning two pole positions that year, Craven led 86 laps at Charlotte Motor Speedway in the fall race.

He ran 17 races in what is now the Xfinity Series in 1999, with David Green as his driver. He earned seven top-10 finishes in that run, one of them a top-five, with one pole position.

NASCAR writer Ed Hardin, who has covered the sports for sister publication the News & Record, remember Hedrick’s debut in the sport.

“He was a businessman first and foremost, usually just taking a young driver and letting him learn what it took to drive in the top level of NASCAR or a journeyman looking for a place to land,” Hardin said. “His teams were rarely competitive on a consistent basis, but he always managed to get good sponsors. I think that was because he was as successful as any owner in NASCAR when it came to his business. He never fully committed to racing the way he ran his businesses, but he carved out a niche for himself and his teams with rookies and drivers needing a break.

“The original plan was to team up Harry Hyde, Larry Pearson, and a team of mechanics and car guys from Hickory, but Pearson didn't last long, and neither did Harry. That began an amazing run of musical chairs with new drivers virtually every season.”

Several of those drivers made repeat appearances in his cars. Pearson raced the first two seasons, then 1992 saw Marcis (seven races), Sacks (20), and Stricklin (2) all run for him. He had multiple drivers in other seasons as well, and drivers like Trickle, Grissom, Green, and Bradberry would run races off and on for him over multiple seasons.