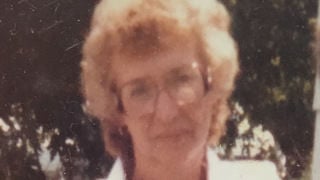 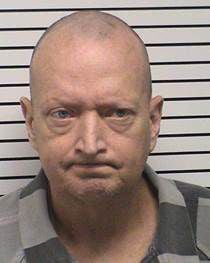 Bonnie Smith said she wants to ask her cousin one question.

“Was she not dying fast enough for you?” she asked of Michael Reid Frye.

Smith, who lived with her aunt and took care of her, said Barbara Frye suffered from bone cancer and had a stroke. “She had a lot of health problems,” she said.

Smith said Frye returned to her Alexander Acres Road home Sunday around 2 p.m. from a stay at the Gordon Hospice House. “She wasn’t even home 24 hours before he did this,” Smith said.

Around 10 a.m., Smith said she awoke and went to the kitchen to make coffee. She said she heard her aunt moan and went to her bedroom.

“She was covered in blood,” Smith said. “She had been beat in the head and there were defensive wounds on her arms.

Barbara Frye, called Bobbie by her niece, was still conscious.

“I asked her who did this,” and she said ‘nobody.’ I said ‘Bobbie, somebody did that,’” Smith recalled.

Smith called 911 and Frye was transported to Lake Norman Regional Hospital where she died.

She immediately thought about her cousin, who was gone. “He’s beat her before,” Smith said. “He’s not beat her since I’ve been here.” Smith said she’s lived with her aunt for two years.

“She was too spry to go into a nursing home but she couldn’t live by herself.”

Barbara Frye’s daughter, who lives out of state, called Smith and asked if she’d be willing to take care of her. Smith, who’d recently lost her job, quickly agreed. “She was always my favorite aunt,” she said.

“She held me before my mother did,” Smith said. “We always had a bond.”

She said Barbara Frye’s health limited what she could do, but she still loved to work puzzles and read. “She really liked to just sit and talk about things that happened in the past,” Smith said.

Smith said Michael Frye moved back in with his mother a few months ago. She said they took his guns away from him before he moved back in. “He didn’t need a gun,” she said.

But he remained a threat, she said.

“I knew he was going to kill one of us,” Smith said. “He has mental issues. He’s crazy.”

Smith said she didn’t notice anything unusual before she went to bed Sunday night.

Her aunt was tired from the trip from the Hospice House and from her illness. “She did a lot of sleeping,” she said.

Smith was scheduled to take her cousin to Rowan County on Monday for a court appearance on a driving while impaired charge. He was gone when she got up.

Smith said she sleeps on the opposite side of the house and didn’t hear anything. “That bothers me,” she said.

She was glad to hear the news Tuesday morning that her cousin was arrested and was now in jail, she said.

Frye apparently went to the home of someone he knew in Kannapolis, and they recognized him from news stories and called authorities. He was taken into custody without incident and brought back to Iredell County. He was ordered held without bond on a murder charge.

This is not Frye’s first assault on his mother, said Iredell County Sheriff’s Office Chief Deputy Marty Byers. He said deputies took a report on an assault three years ago, but Frye refused to press charges.

Frye has more than two dozen previous arrests in five counties, and those charges range from assault with a deadly weapon and DWI. Some were dismissed and Frye does have convictions on DWI charges, a charge he was due in court in Rowan County on Monday, to face.

Frye made an initial appearance in Iredell County District Court and a judge read the charge and told Frye he could be facing the death penalty.

“He’s caught and he’s in jail,” Smith said Tuesday afternoon. “He’s going to have to pay for his crime.”

There will be no shortage of ways to celebrate Independence Day in Iredell County in 2022.

SPD: Suspect in homicide turns himself in Friday night

A search warrant at a Mooresville residence led to the arrests of two people on a felony drug charge.

The red, white, and blue was seen as far as the eye can see as hundreds lined up along Main Street in Troutman for the 18th annual Independenc…

Statesville was well represented this past weekend as Kayla Wright, the reigning Miss Statesville, and Carrie Rader, Statesville’s Outstanding…

Dival Magwood walked to the witness stand, his metal shackles clanking with each shortened step. He wore orange prison scrubs with long white sleeves underneath. The judge had sent the jury on a break. He didn’t want them prejudiced by the scene of the 24-year-old hobbling to the witness chair. Once there, Magwood adjusted the microphone as he prepared to tell his story about growing up in a ...

Two teens have been charged in connection with shots being fired in Mooresville early Sunday morning that resulted in one person being injured.

When Tasha Smyre began taking part in the Statesville Neighborhood Spring Yard Contest, she just planned to make her yard look better. But it …

Alexander County celebration will feature On the Border concert, fireworks

The public is invited to the Alexander County Independence Celebration on July 16, which will feature a free concert at the new Alexander Coun…

Storm drain corn stalk is talk of this NC town. 'Steve' has lots of fans watching his growth

How is one corn stalk getting so much attention? Maybe it is the location, or maybe it is the amount of people watching it grow on their daily commutes.