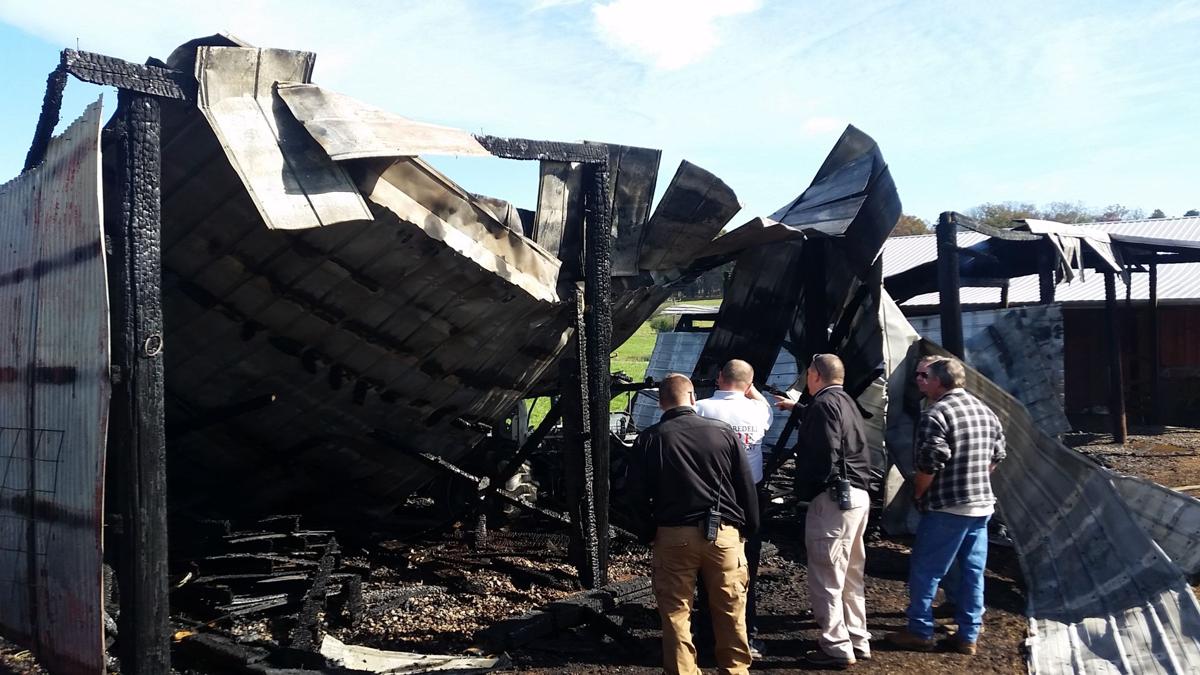 Fire officials inspect the remains of a barn on Pressly Farm Road on Thursday morning. 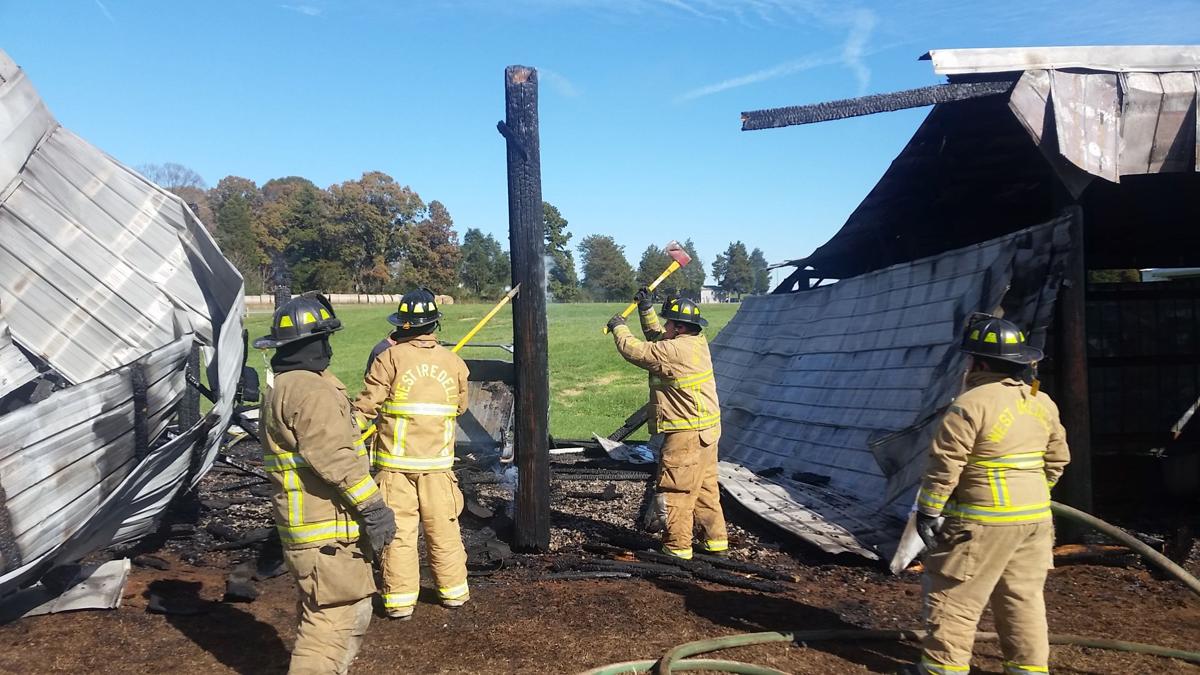 West Iredell Volunteer Fire Department firefighters knock down a smoldering post Thursday after a barn was destroyed in a fire. 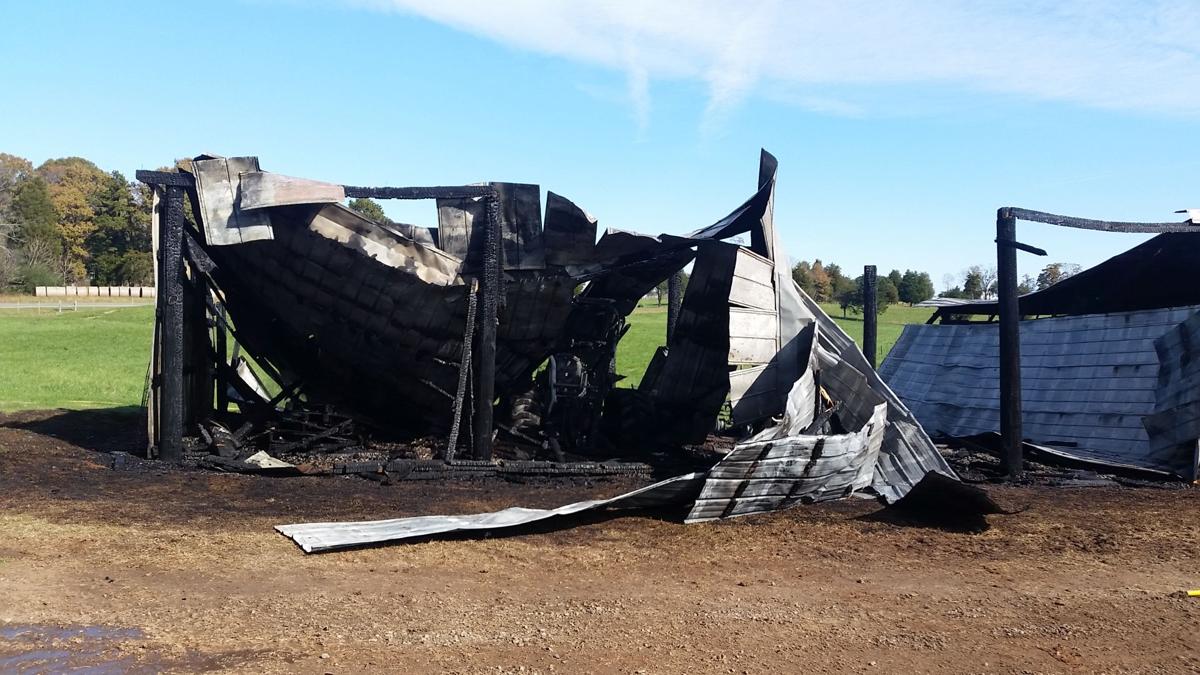 The remains of a barn on Pressly Farm Road smolder after a fire was put out by firefighters.

The fire was reported at 181 Pressly Farm Road, off Old Mountain Road, at about 11 a.m., according to West Iredell Volunteer Fire Department Chief Jerry Houston.

“We could smell the smoke as we were dispatched,” Houston said.

When firefighters arrived, “pretty much the whole building was involved,” he said. He estimated that flames reached 10 to 15 feet above the barn.

The fire was controlled in about 15 minutes, Houston said. The building was declared a total loss.

The roof caved in, leaving only parts of the outer walls standing. Two tractors, including a John Deere Gator, were inside the structure and were destroyed.

No one was injured. Monticello, Stony Point and Hiddenite fire departments and the Iredell County Rescue Squad also responded.

The Iredell County Fire Marshal’s Office is investigating the fire. Fire Marshal David Souther said he was “pretty sure” the Gator caused the burn, though it's unclear how.

The property is owned by Billy Pope and Katherine Hamilton, according to Iredell County public tax records.

The barn that was destroyed was one of several outbuildings on the property.

Pope said the sudden fire was “the craziest thing I’ve ever seen” but declined to comment further.

Watch Now: What does Lake Mead’s drought mean for the West?

Fire officials inspect the remains of a barn on Pressly Farm Road on Thursday morning.

West Iredell Volunteer Fire Department firefighters knock down a smoldering post Thursday after a barn was destroyed in a fire.

The remains of a barn on Pressly Farm Road smolder after a fire was put out by firefighters.