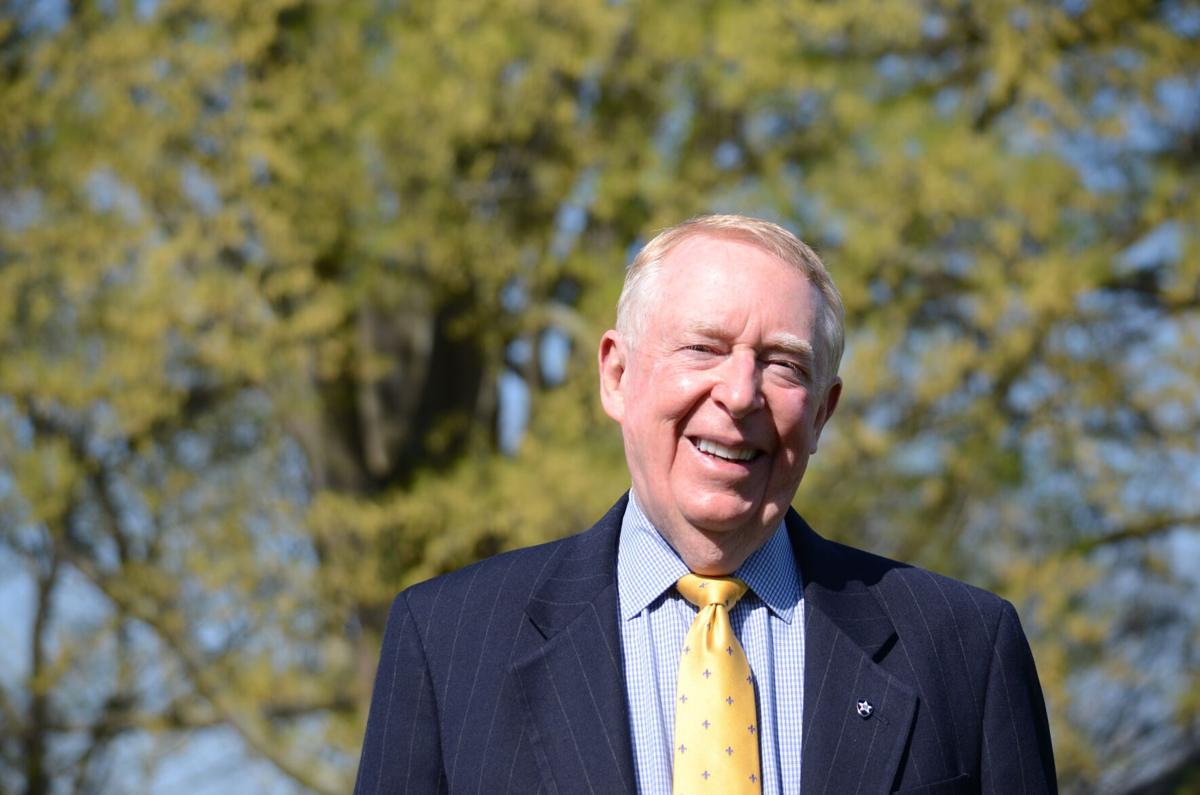 David Benbow poses outside his office on Wednesday. He is one of the North Carolina Bar Association's Citizen Lawyer Award winners that will be announced later this year. 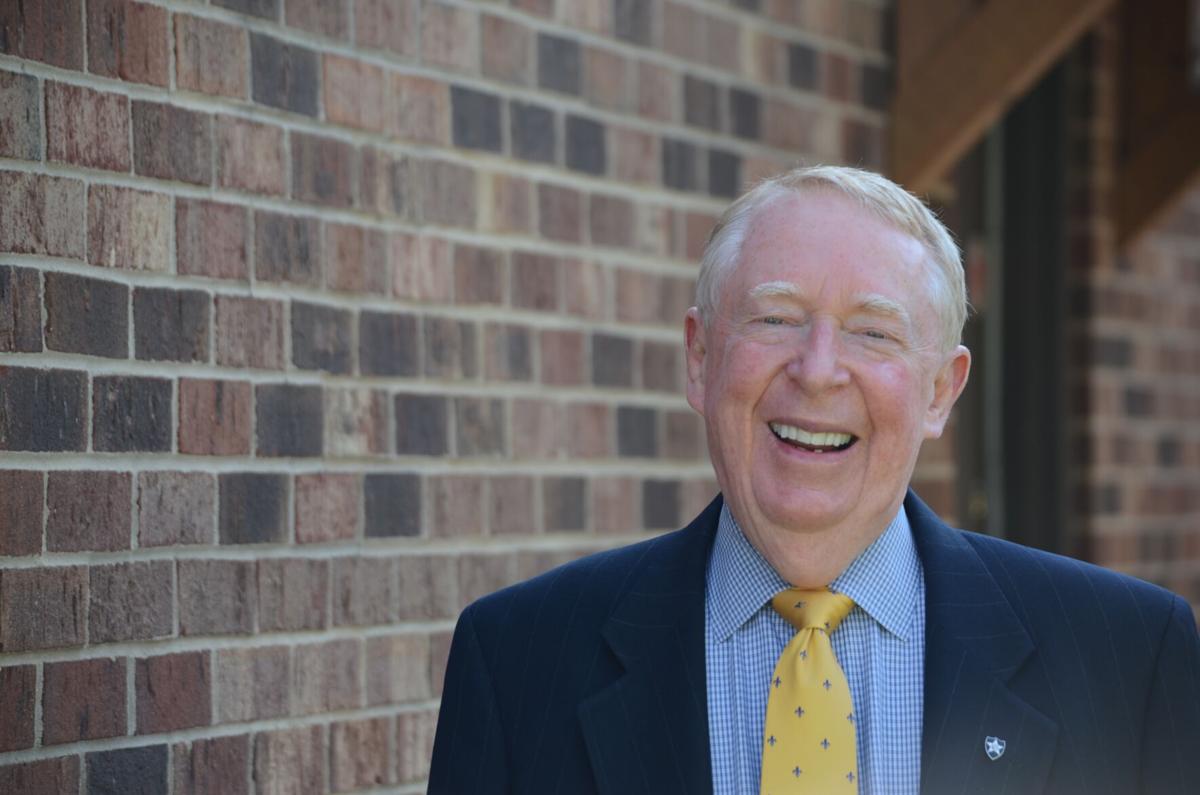 David Benbow poses outside is office on Wednesday.

“Humbling” is how David Benbow described his feelings when he received word he was selected for the North Carolina Bar Association’s Citizen Lawyer Award.

“It was very humbling,” Benbow said. When fellow lawyer Joel C. Harbinson nominated him, Benbow needed to organize his backstory both as an attorney and his personal history. That meant highlighting many of the volunteering he did over the years, both personally and professionally. “Do I really want to say all this stuff? To me, that’s just normal stuff, living day-to-day, and I didn’t want to seem like I was bragging. It was just things I was interested in.”

Whether it was teaching a Sunday school class to developmentally disabled adults — “I saw a need at our church” — or his work pushing Congress to examine Korean War veterans’ exposure to dangerous chemicals in the line of duty, Benbow said it was putting his efforts into things he believed mattered when he wasn’t in the courtroom.

But that fits into the NCBA’s ideals for the award. According to its website, “The Citizen Lawyer Award was established to recognize and thank lawyers who, in addition to their legal work, exemplify the ideals of a citizen lawyer by volunteering their time for worthy community or civic causes to improve the quality of life of those in their local or statewide communities. This award recognizes role models who inspire other lawyers to invest their time and talents in service-oriented activities.” Those activities include military service, work in local government and serving in nonprofit or volunteer organizations.

The award hasn’t formally been announced yet as the NCBA said it is still in the process of notifying this year’s award recipients, but confirmed Benbow was one of them.

The NCBA’s Citizen Lawyer Award is a way for peers to recognize some of the work that fellow attorneys do outside of the profession. In the case of Benbow and Harbinson, being peers occasionally means being rivals in the courtroom.

“On a personal note, David is as kind, humble, and considerate as you will find. He was even nice to me after he whipped my tail in my first custody case tried over four decades ago. His competence, humor, and passion have been the tools of his legal trade, where he has been very successful, while balancing the needs of his family and grandchildren,” Harbinson said in the submission for Benbow’s award candidacy. “I received this honor a couple of years ago. It will always remain the award that means the most to me. But, I’ll be honest, David deserves it more. You will be hard pressed to find someone who is more exemplary of the Citizen Lawyer Award than David Benbow.”

Benbow was quick to joke that might have been the last time he beat Harbinson in court and thanked him for nominating him, and said those activities outside of his law office and courtroom were also fueled by his faith.

“My Christian faith is what I try to live by, and I try to, and I don’t always succeed, but to help other people,” Benbow said. He also said that plays a role in his work as well. He said he can’t always put himself in a client’s shoes, but he can listen and emphasize with him as they go through their legal battles. He said being part of a bigger community was part of it as well as he spoke at his office. “My family, I grew up about two blocks from here. I love Statesville and I love people, and I love being able to help people. Those are the things that motivated me that brought about this award.”

Benbow will join Costi Kutteh as the second person from Statesville to win the award since its inception in 2009. The NCBA (not to confused with the governmental organization that regulates attorneys in the state, the North Carolina State Bar) describes itself as a voluntary membership organization of lawyers, judges, paralegals and law students dedicated to serving the public and the legal profession.

A resume and life story

Benbow’s decades-long resume in the legal world is obviously part of why he was selected, but also because of his volunteering and time in the military. He enlisted in the Army in 1967 after earning his economics degree from UNC (and later his law degree in 1972) and then served for 17 months in the Second Infantry Division. His unit was involved in several firefights along the demilitarized zone in Korea.

He would later help unite soldiers who also served in what has been referred to as the Second Korean War 1966-69 with a trio of reunions. One of those would lead to another veteran sharing a declassified document about both Agent Orange and Agent Blue use in Korea, which led to Benbow’s work to help convince the House Veterans Affairs Committee to hold a hearing on the issue as those and other herbicides caused major health problems to soldiers and citizens who were exposed. The hearings would lead to better care and benefits for veterans.

But Benbow’s legal acumen would help serve Iredell County directly when he and other lawyers in the area to stop a hazardous waste incinerator being built in Iredell County with a host of legal tools. He also advised North Iredell Raiders Capital Improvements Club on the nature of gambling laws with a reverse raffle, which raises money for the school’s capital improvement projects.

Benbow is a Statesville native and graduated from Statesville Senior High School in 1963. He earned his bachelor’s degree in economics in 1967 and his law degree at UNC in 1972.

In 1972, he began practicing law in Graham. In 1975, he returned to Statesville and started a general trial practice and has been serving this community ever since. He is now the senior partner of Benbow, Davidson, and Martin, with offices in Statesville and Taylorsville.

One killed, two injured in head-on crash on Wilkesboro Highway

One person died after a head-on crash Wednesday on Wilkesboro Highway.

One person is dead in a fire that destroyed a mobile home in Hiddenite early Wednesday.

David Benbow poses outside his office on Wednesday. He is one of the North Carolina Bar Association's Citizen Lawyer Award winners that will be announced later this year.

David Benbow poses outside is office on Wednesday.