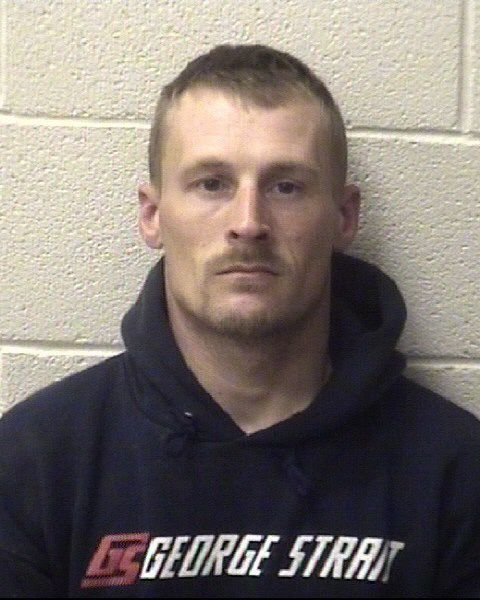 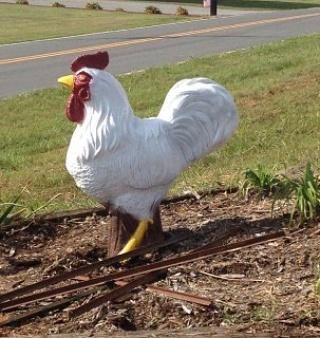 An Alexander County man was charged in connection with the theft of a half-ton concrete chicken over the weekend, Alexander Sheriff Chris Bowman said.

In a press release, Bowman said that Andrew Emilious Justice, 32, of Taylorsville, used a tractor to remove the 3-foot, 1,000-pound poultry from its roost on All Healing Springs Road Saturday night or Sunday morning.

Broken pieces of the chicken were found scattered on that road at the intersection of Lambert Fork Road, the release said. At that same spot, deputies found damage to the roadway.

The tractor believed to have been used in the theft was located off Zeb Watts Road in Taylorsville. White paint was located on the forks of the tractor, which deputies say likely came from the white statue.

Justice was charged with felony larceny, misdemeanor injury to personal property for damage to the state roadway and reckless driving to endanger, which Bowman said happened on Zeb Watts Road.

Justice was charged on Thursday and transported to the Alexander County Law Enforcement Center, where he is being cooped up on a $10,000 secured bond.

His first court date will be Monday.

The theft of the chicken, which Bowman said is worth around $1,100, sparked international attention, including mentions on a Canadian news network website and Kelly Ripa’s “Live with Kelly” TV show, The Charlotte Observer reported.

DNA evidence from a 1991 baby death on the coast of North Carolina has led authorities to an Alexander County couple.

A Statesville man was sentenced to more than 15 years in federal prison on a firearms charge.

Sheriff's officials said Halyna Hutchins, director of photography for the movie "Rust," and director Joel Souza were shot. The Santa Fe New Mexican reported Baldwin was seen Thursday outside the sheriff's office in tears, but attempts to get comment from him were unsuccessful.