Know your cooking oils: When and how to use each

Take advantage of your EXCLUSIVE benefits! Check it out:

These simple stretches can dramatically reduce back pain throughout the day 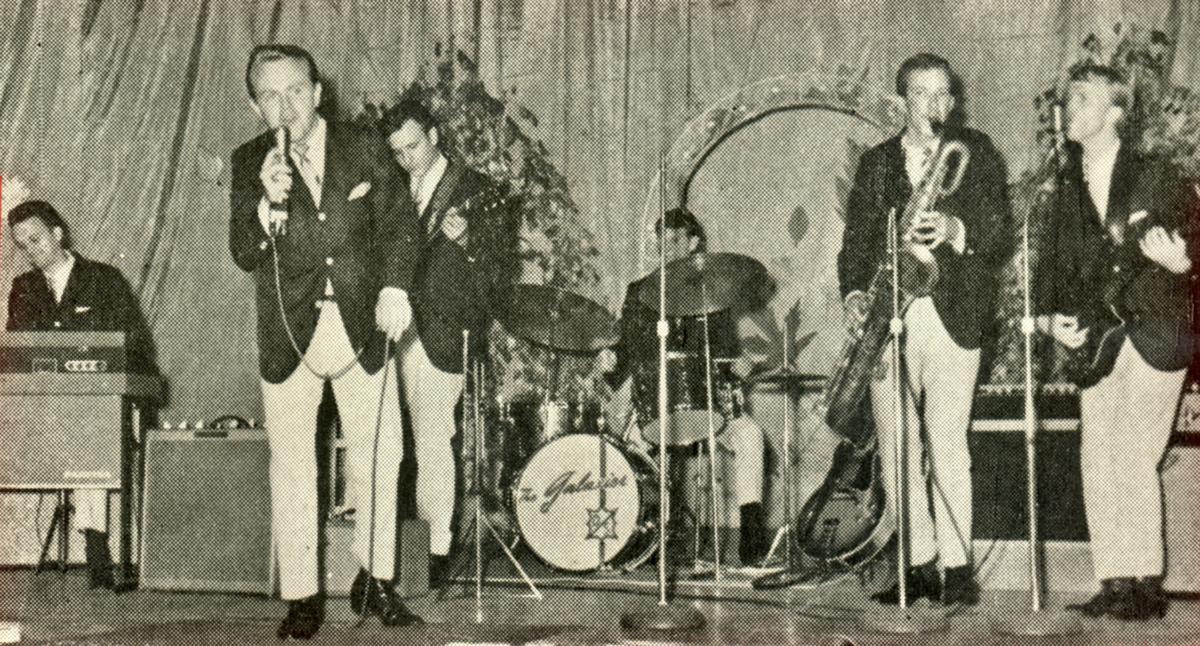 Harry Deal and the Galaxies perform. 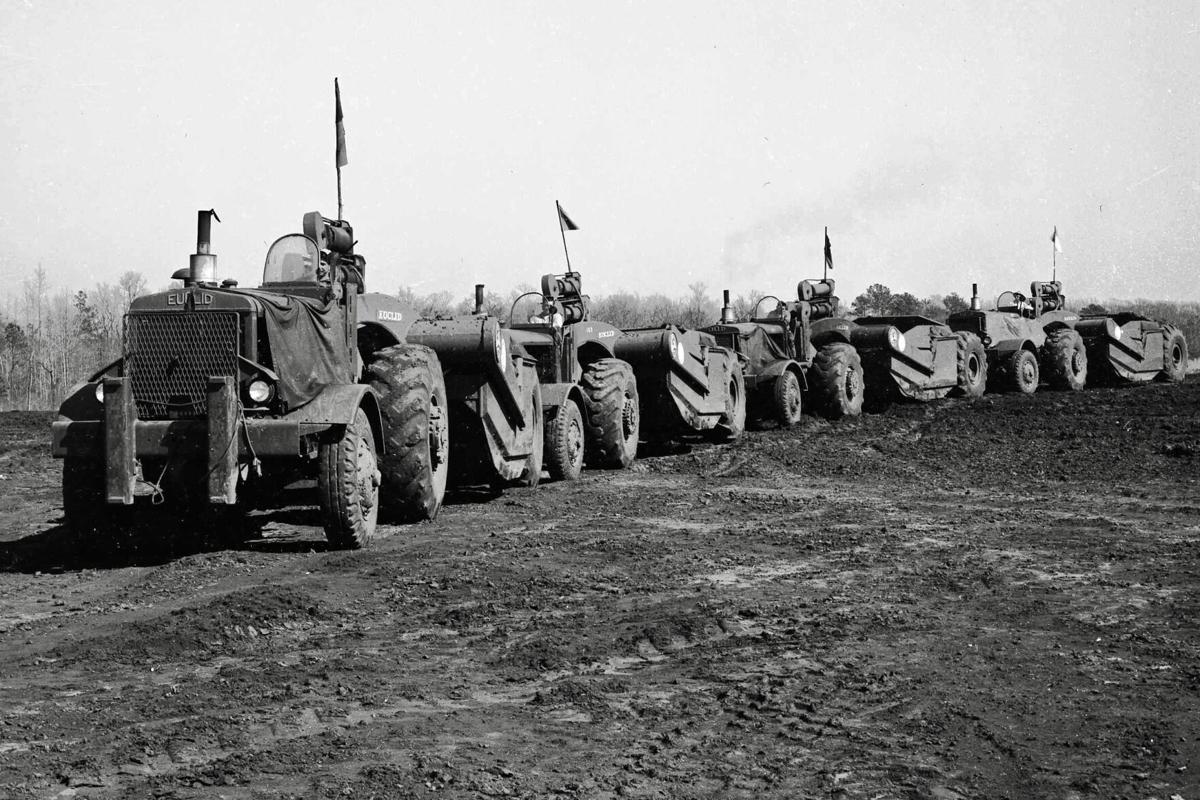 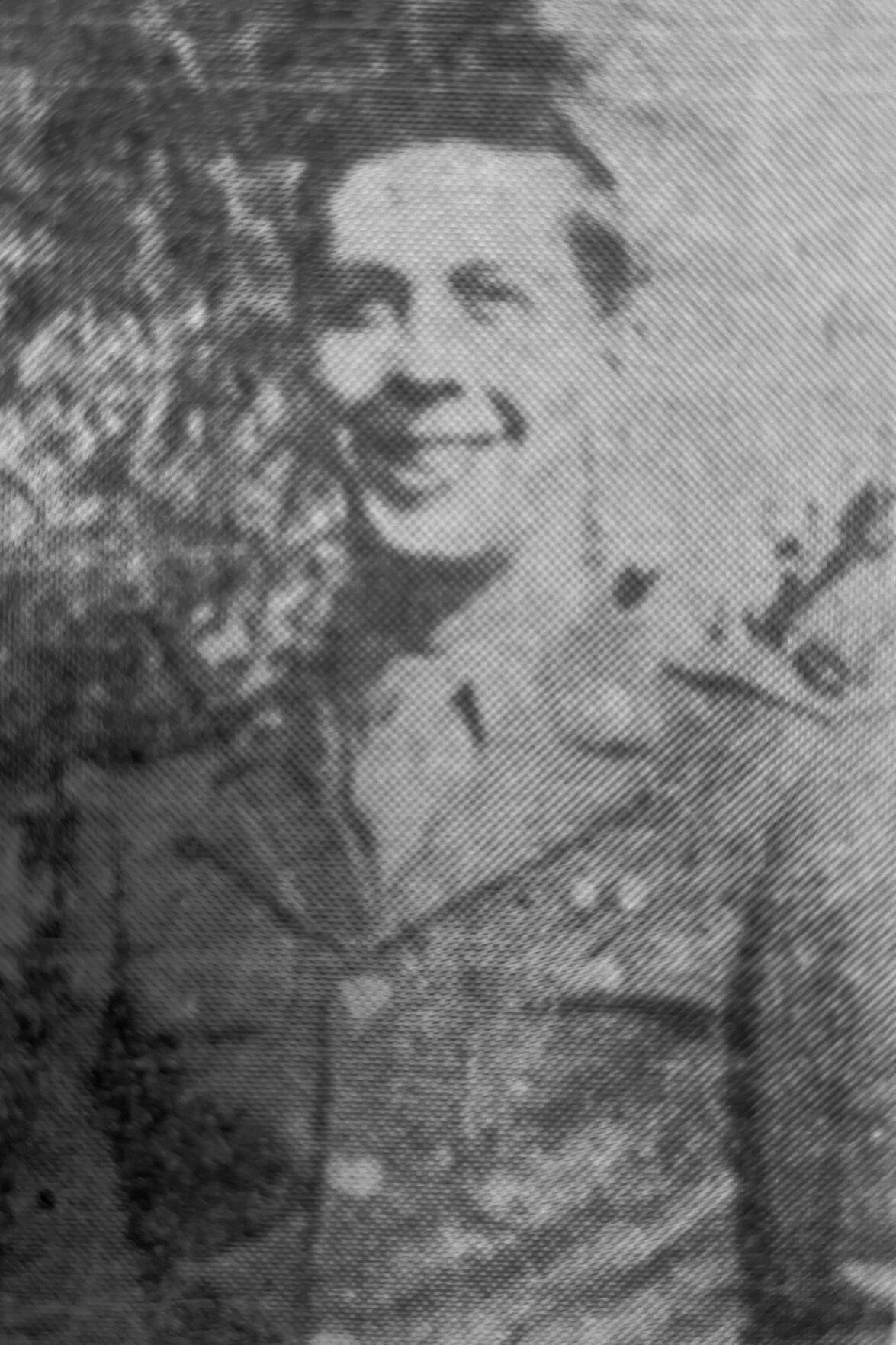 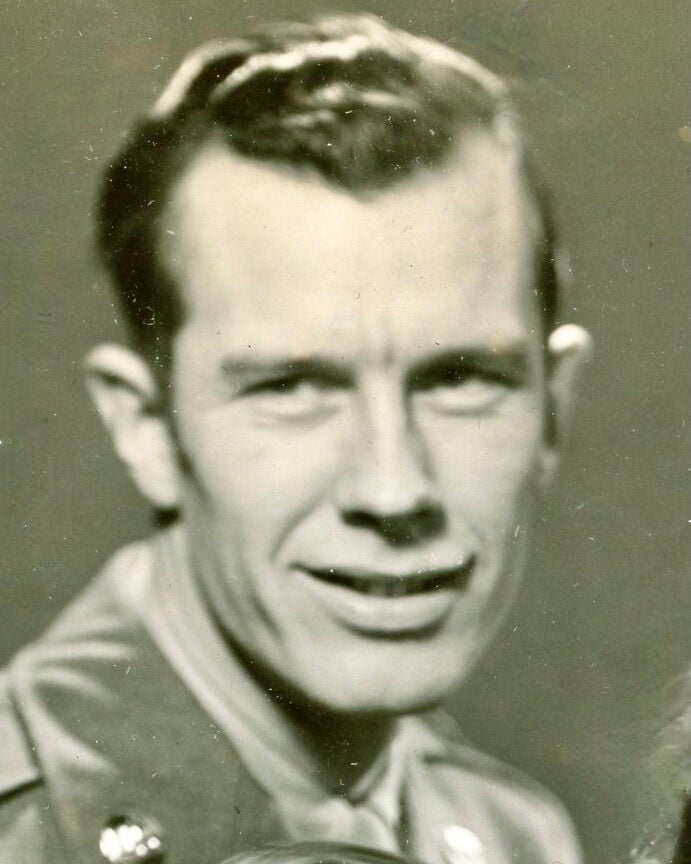 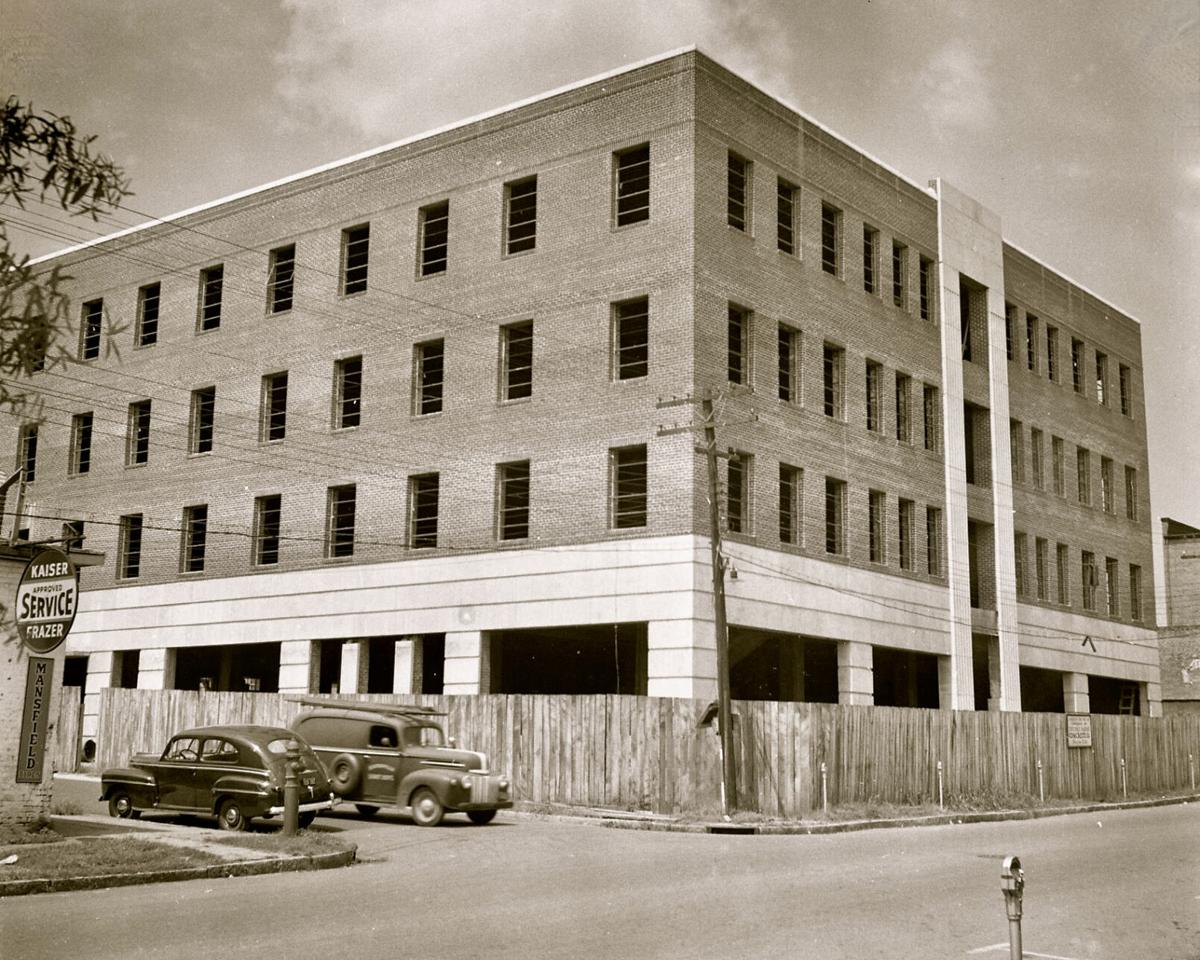 The building on the corner of Meeting and Walnut was to be the Barnes Hotel.

NC House of Representatives. “Speaker Godwin swung a giant gavel which was a gift from Gilliam Furniture Company of Statesville. The speaker had broken a gavel several days ago when he rapped for order just prior to the entrance of Vice President Spiro Agnew.” (5/17)

New 400 car drive-in theater to be built at intersection of US 70 & I-77. “The huge 45-by-110-foot steel corrugated screen surface will be located to permit excellent viewing from every car position and will be the largest screen in this area.” (5/20)

Woman’s Club. “Prior to the program, Mrs. Mary C. Merritt explained the need for funds in the Ft. Dobbs Restoration project and urged each member to contribute. The club members voted a $25 donation and accepted a free will offering from those in attendance.” (5/21)

“Harry Deal and the Galaxies are scheduled to appear on the Tommy Faile Show on WBTV, channel 3 in Charlotte on May 25 at 7 p.m. Several months back the group made three appearances on the nationally syndicated television show ‘Upbeat.’” (5/22)

Lt. j.g. Leila D. Johnston, WAVE officer personnel center. “Lt. Johnston has been in service for a total of three years. Eighteen months were spent in Jacksonville, Fla., and she also was stationed in Great Lakes, Michigan. For the past eight months she has been in Washington, D.C and received her discharge there this week.” (5/17)

“Hubert Wayne Blackwood and James W. Gilleland have applied for enlistment in the Army and are now in Fort Bragg for examination. Gilleland was a technical sergeant and has a younger brother who has volunteered.” (5/18)

“Hoyte A. Elliott received his discharge from the Naval service Friday at the Naval Separation Center, Charleston, S.C. Elliott served two years during which time he spent 10 months in the European theatre of war. He held the rating of S 1/c, when released.” (5/20)

Sgt. C.M. Adams, Jr., 2 ½ years service in the army, over 15 months European Theater of Operations, as sergeant in communications. “For 19 months he served as radio operator with the 658 F.A. Bn, later transferring to the 22nd Armored Field Artillery.” (5/21)

Parks Crowell, Jr. aviation machinist mate 3/c, USN “He served at New Caledonia, New Hebrides, Guam, Guadalcanal, and other islands in the Pacific. Crowell will resume his duties at the Norfolk Navy Yard, where he was employed before entering service.” (5/22)

“Confirming wide-spread rumors that the J.C. Penney Company would locate a southern warehouse here, the Chamber of Commerce revealed that site preparations will get underway immediately. Building construction will begin as materials become available.” (5/17)

“Debris continued to smolder all night and today following yesterday’s disastrous Seville Warehouse fire on Mill street that put in use every available piece of fire-fighting equipment and all regular and volunteer firemen.” (5/18)

“The Iredell County Health Department faces the possibility of having to operate without a nurse. Dr. Z.P. Mitchell announced this morning that Miss Ruby Lentz has tendered her resignation and the local office has no prospects for a replacement as yet.” (5/20)

Albert Hackney, Sanford, to reopen Irish Food Shoppe, N. Center St. “Mr. Hackney plans to move his wife and children to Statesville as soon as living quarters can be obtained. The cafe is being operated seven days a week opening at 6 a.m. and closing at 10 p.m.” (5/21)

“Building construction is expected to be initiated in a few days on a three-story, fireproof building of brick construction, estimated to cost between $150,000 and $200,000 to be situated on the corner of south Meeting and Walnut streets, G.F. Barnes revealed today.” (5/22)

“Charles Weaver, Greyhound fastball expert, let the Concord Spiders down with a mere five hits yesterday on the Concord diamond to take a close ball game 5-2. David Pierce swung the big bat getting three safeties for as many trips to the plate.” (5/23)

“The Hurst Turner Post of the American Legion is making preparations for celebrating national memorial day Monday, May 30. A speaker will be secured for the occasion and other exercises arranged for a portion of the day.” (5/19)

“Mr. C.V. Henkel has submitted the plans of his hotel to contractors and will receive bids on or before June 3. If a satisfactory bid is received he will let the contract immediately.” (5/19)

“Mr. E.F. Cass, of New Hope township, was in Statesville Tuesday and reported that hail was noticed in his pasture Monday a foot deep. This is the remains of the hail that fell April 27.” (5/19)

“Mr. Earl Moser is conducting something new for Statesville. On the second floor of the Morrison building, he has a gymnasium, where he gives exercises to suit the need of the patient. Another room has a table on which the patient is given a massage. Everything is sanitary and private and all treatment is given in co-operation with your doctor.” (5/23)

“Prohibition Officer R.P. Allison, of Statesville, has been ‘laid off’ for forty days along with other such officers. The reason is a temporary lack of funds to carry on the work.” (5/23)

Eufola. “I suppose the airplanes have started again as one passed over this community Saturday morning going Southwest. It has been quite a while since one passed over.” (5/23)

Iredell Co. Superior Court opened, Judge W.A. Hoke presiding. “Judge Hoke is one of the judges who banish non-coat wearers. Yesterday Capt. W.H.H. Gregory, who was a witness in a case, walked into the court room in his shirt sleeves. His Honor told Sheriff White to ask the captain to don his outer vestment. Cap. went out and came back with a coat on.” (5/19)

“Mrs. Sallie White Holder, wife of Mr. W.H. Holder and daughter of J.A. White, Esq., died at her home on west Front street late Sunday afternoon from the effects of measles. Mrs. Holder was a member of the Presbyterian church. Her husband and six children survive her. The interment was in Oakwood cemetery yesterday afternoon.” (5/19)

“Statesville, or at least the business part of town, has almost suffered a water famine this week. The court folks and watering stock at the public wells about exhausted the supply.” (5/22)

“At the State Normal and Industrial School commencement there were 19 graduates, among the number three young ladies from Iredell – Miss Martha Cornelia Deaton, of Mooresville, Miss Mary Ellen Lazenby, of Statesville and Miss Katherine Lenora Moore, of Granite Hill. The subjects of their graduating theses were – Miss Deaton’s ‘A Baptism of Sorrow’, Miss Lazenby’s, ‘What a Woman Did’, Miss Moore’s, ‘The Finger of God in History’.” [UNC-G] (5/22)