People can say all sorts of strange things in their sleep, but a new study suggests that someone in the middle of a vivid dream can understand questions — and even answer them.

Dreams have been widely studied, and experts are still trying to understand why we have them, how dream scenarios are created, and whether dreaming benefits brain function.

But remembered dreams are often full of forgotten details and distortions, so experts from Northwestern University wanted to speak to people as they dreamt in real time, to learn more about why dreams happen, and how they might be useful for mental function.

In separate experiments in the US, France, Germany and the Netherlands, scientists studied 36 people with varied experiences of lucid dreaming, establishing two-way communication between subjects and asking questions using sensory stimulation, including touching, beeping noises and flashing lights.

"We presented questions to individuals in the midst of lucid dreams, and they were able to answer with eye movements or muscle contractions," Karen Konkoly, cognitive neuroscientist at Northwestern and one of the paper's authors, told CNN over email.

"This demonstrates it is possible to correctly perceive external stimuli and perform the operations necessary for answering, all while remaining asleep," Konkoly added.

Teams found evidence of two-way communications between researchers and patients belonging to all participant categories, which included experienced lucid dreamers, healthy people trained to lucid dream with minimal experience and patients with narcolepsy.

"Our paper showed specific results from several examples from among the 29 different times when we received a correct answer to a question from a dreamer," Ken Paller, director of Northwestern's Cognitive Neuroscience Program, told CNN, adding that there were also many instances where attempts at communication were not successful. Of 158 attempts at two-way communication during REM sleep, 18.4% produced correct responses, Paller told CNN.

REM, which stands for rapid eye movement, is the stage of sleep in which we dream and information and experiences are consolidated and stored in memory.

"We only needed findings from a handful of people to convincingly demonstrate that two-way communication is possible, which was our primary conclusion. We showed that it can even happen in individuals with minimal prior experience with lucid dreaming," he said in an email.

"Our results showed that dreamers could comprehend questions correctly, hold information in working memory and manipulate information (as in math computations), and express their answers coherently.

Researchers say that their methods could be used for further research on memory, nightmare therapy, spiritual development and problem solving.

The research was published Thursday in the journal Current Biology.

Student Loan Deferrals Can Impact Your Credit: Here’s How

Sign up here to get the latest health & fitness updates in your inbox every week!

8 ways to fall back asleep after waking in the night

Here are eight tips from sleep and anxiety experts on how to shut down that whirling dervish of a brain and coax your body back into much-needed sleep.

Talking on the phone for 10 minutes could make you feel less lonely, study says

Talking to someone on the phone for 10 minutes multiple times a week — if you're in control of the conversation — can decrease loneliness, a new study revealed.

These three remedies may reduce symptom duration and severity. But do the simple solutions hold up to science?

What women should know about their heart health

While women's heart care has significantly improved in the past 20 years, there is still much to learn about heart disease in women.

What’s the right time for a cortisone shot?

The right time for a cortisone injection depends on the location of pain and how much pain or limitation of motion is interfering with daily function.

Johnson & Johnson's Covid-19 vaccine gets emergency use authorization from FDA

The US Food and Drug Administration authorized Johnson & Johnson's Covid-19 vaccine Saturday. It is the first single dose Covid-19 vaccine available in the US, and is one that "checks nearly all the boxes."

While tens of thousands of Americans are infected with the coronavirus each day and more research suggests variants threaten another surge, some state leaders are loosening Covid-19 restrictions against the recommendations of health experts.

President Joe Biden at a Tuesday CNN town hall sought to reassure a second grader worried about getting Covid-19, telling her that young children are the "safest group of people in the whole world."

Newborn jaundice: When to worry

Jaundice is a very common and usually normal part of the newborn period. In some very rare cases it can lead to a more serious problem.

At a vaccination site in Miami, some wonder whether to choose newly approved Johnson & Johnson vaccine or Pfizer one

Those who showed up to a Miami vaccination site on Wednesday found themselves in the rare position where they got to choose which Covid-19 vaccine they would like to get: the newly FDA-approved Johnson & Johnson vaccine, or the Pfizer vaccine. 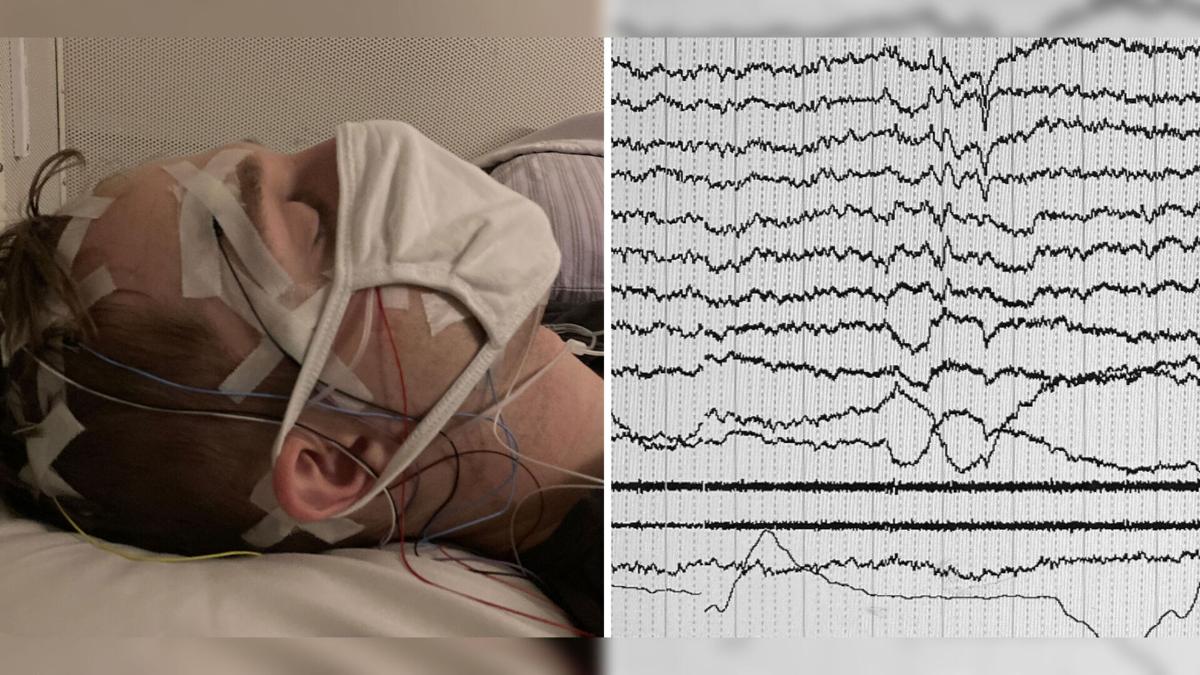 A study participant sleeps in the lab as electrical signals from his brain and eyes are displayed on a computer monitor. 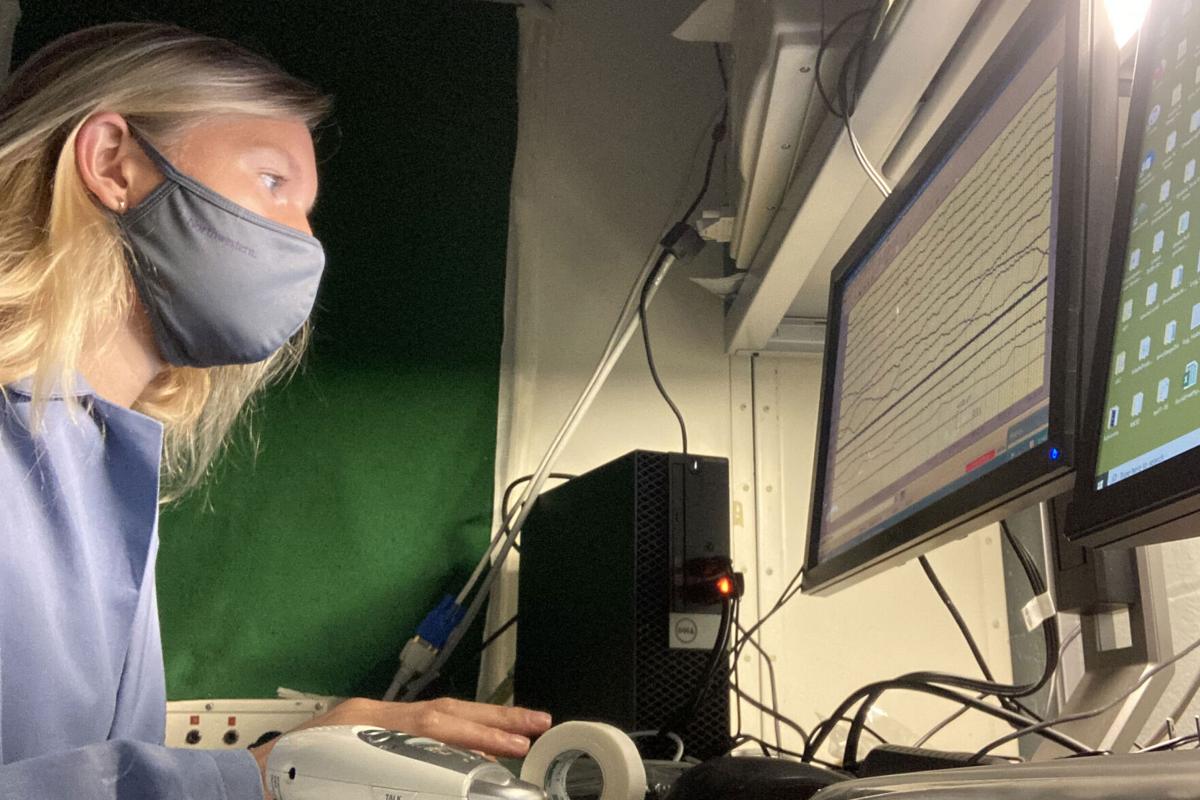 Researchers are working to expand and refine two-way communications with sleeping people so more complex conversations may one day be possible. 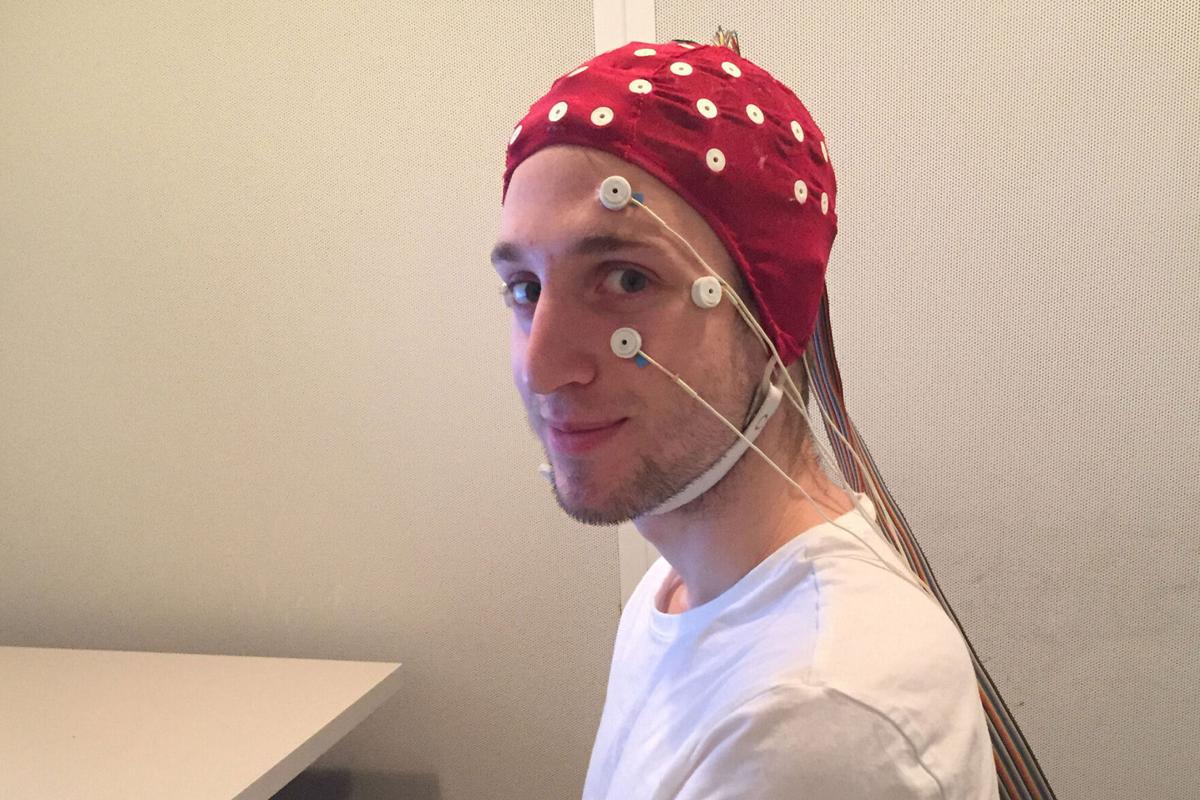 A study participant in a full EEG rig just before a sleep session in the lab. The electrodes on his face will detect the movement of his eyes as he sleeps.