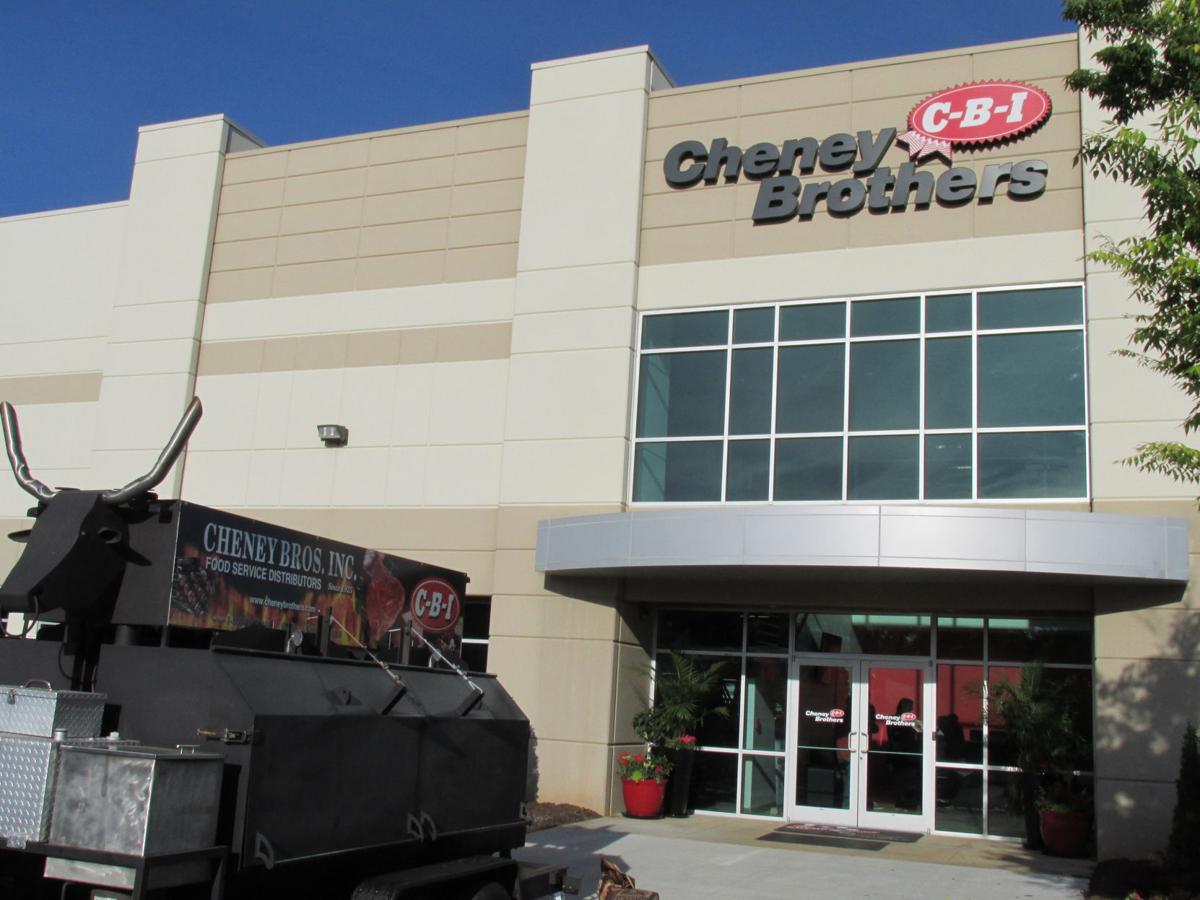 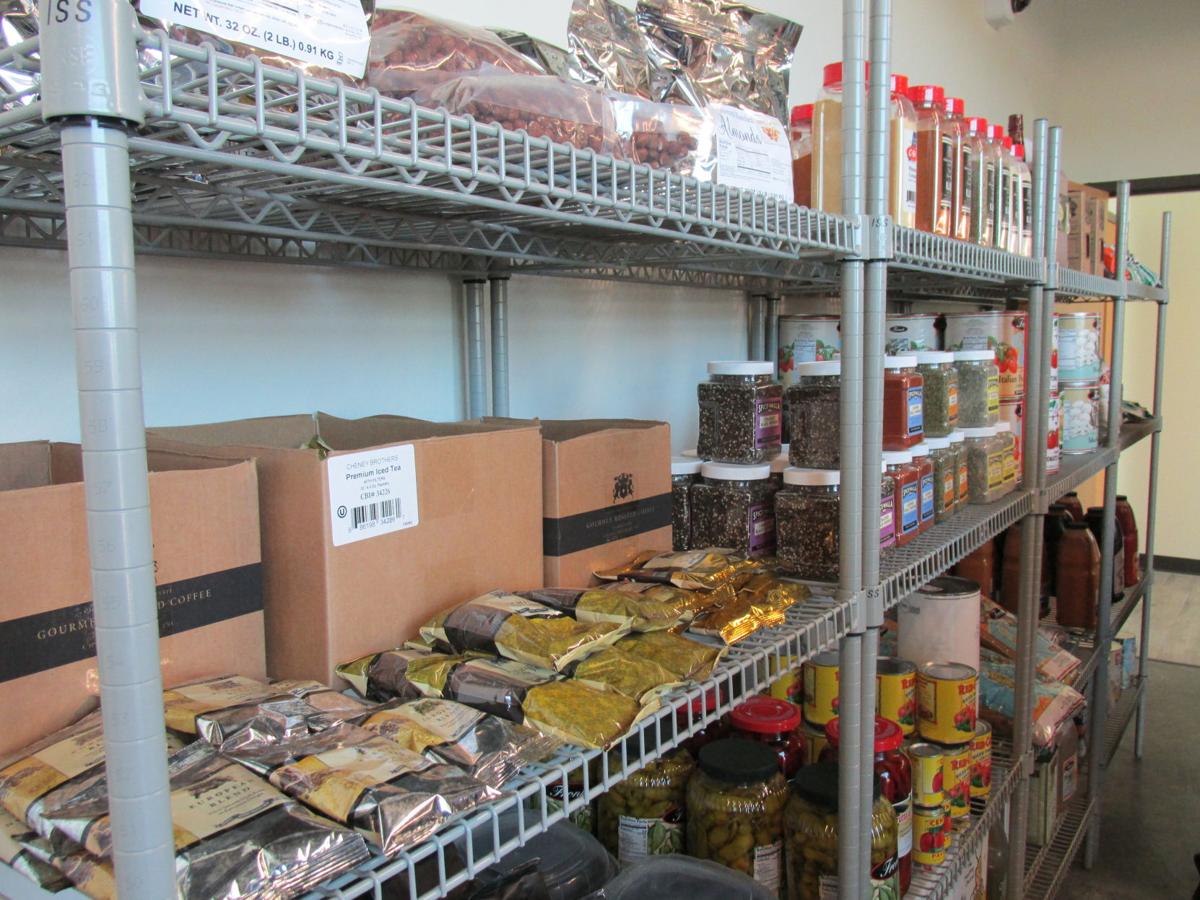 A look inside the Cheney Brothers center. 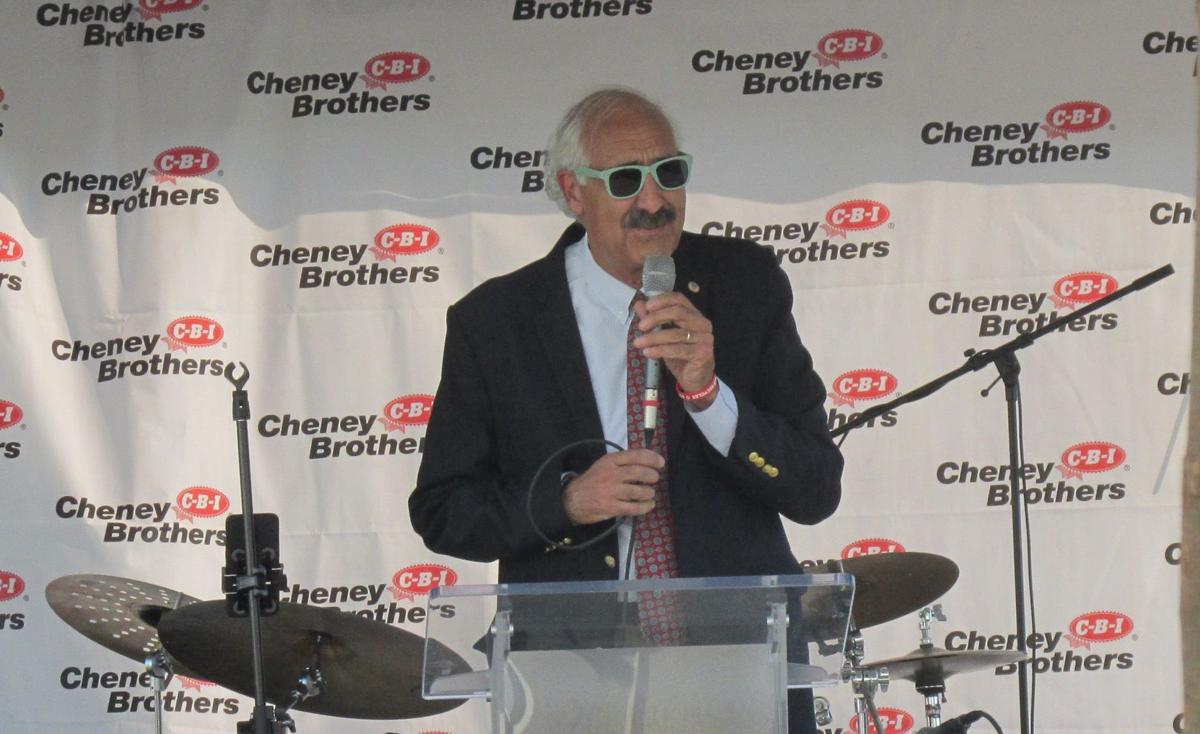 On April 23, the Cheney Brothers’ distribution location celebrated the completion of its recent expansion with an elaborate grand opening. The company grew its building by 165,000-square-feet and added 100 new jobs.

Cheney Brothers, a Florida-based food-service distributor, is in its fourth generation of family-owned operation. It purchased the Pate Dawson Company in 2016, adding facilities in North Carolina in Statesville, Goldsboro and Greensboro.

The Statesville expansion started in 2018 and brings the location to more than 250,000-square-feet. The additional space includes a new test kitchen, multiple temperature zones or freezers for food storage, cash and carry, which is open to the public, and additional office space for employees. The event included local partners, community officials and Cheney Brothers staff, many wearing red in support of the corporation.

Rick Stapleton, president of Cheney Brothers in Statesville, kicked off the event explaining what this expansion means and what is next for Cheney Brothers.

“It’s a $36-million investment, this expansion,” Stapleton said. “We celebrate being able to grow our employee staff to over 200 when we were only at 90.  The Cheney Brothers are committed to the Carolinas."

Local officials discussed the company's impact on the community.

“This is a big company with a small company heart, with the way they engage with its employees and the community,” Iredell Board of Commissioners member James Mallory said.

This venture will help to continue to build the bridge between customers and consumers in Iredell County, Mallory said.

“When we see companies that drop anchors and really invest in our communities we really get excited,” Assistant Secretary of Rural Economic Development Kenny Flowers said.  “This is big for not only Iredell, but for North Carolina."

Cheney Brothers foresees success in the Statesville area due to community readiness - and this says a lot about Iredell County as a city and a region, Flowers said.

Flowers closed by thanking the local leadership for not missing out on an opportunity to have a company like Cheney Brothers investing in the community.

Cheney Brothers personnel gave tours as part of the opening and entertainment was on hand.

Ingenious ways to earn income from your property

Ingenious ways to earn income from your property

Reasons opening a Health Savings Account (HSA) will save you

Reasons opening a Health Savings Account (HSA) will save you

The road to successful investing may be more simple than you think.

5 mortgage trends to watch for the rest of 2021

Here are housing trends to watch for in the final months of the year. Also, check out more of the week's best money reads from the experts.

Skip college? Not if you want to make more money

If a college degree is an investment, it’s a good one, according to the New York Federal Reserve.

This was the worst day for the Dow since a 943-point drop in late October, and it was the biggest decline this year.

Why inflation may not go away anytime soon

America's finance chiefs don't think inflation will go away overnight. Here's why. Plus, check out more of the week's best money tips from financial experts.

5 Moves to Make if the Stock Market Plummets Monday

Another rough day for stocks could be a sign that the overdue correction is finally materializing.

KUALA LUMPUR, Malaysia (AP) — Indonesia has converted nearly its entire oxygen production to medical use just to meet the demand from COVID-19 patients struggling to breathe. Overflowing hospitals in Malaysia had to resort to treating patients on the floor. And in Myanmar’s largest city, graveyard workers have been laboring day and night to keep up with the grim demand for new cremations and burials.

Both of these exchange-traded funds are among the best in their tech-focused class.

“Black Widow” ceded its No. 1 spot to an unlikely foe in its second week in theaters: The Tune Squad.

A look inside the Cheney Brothers center.